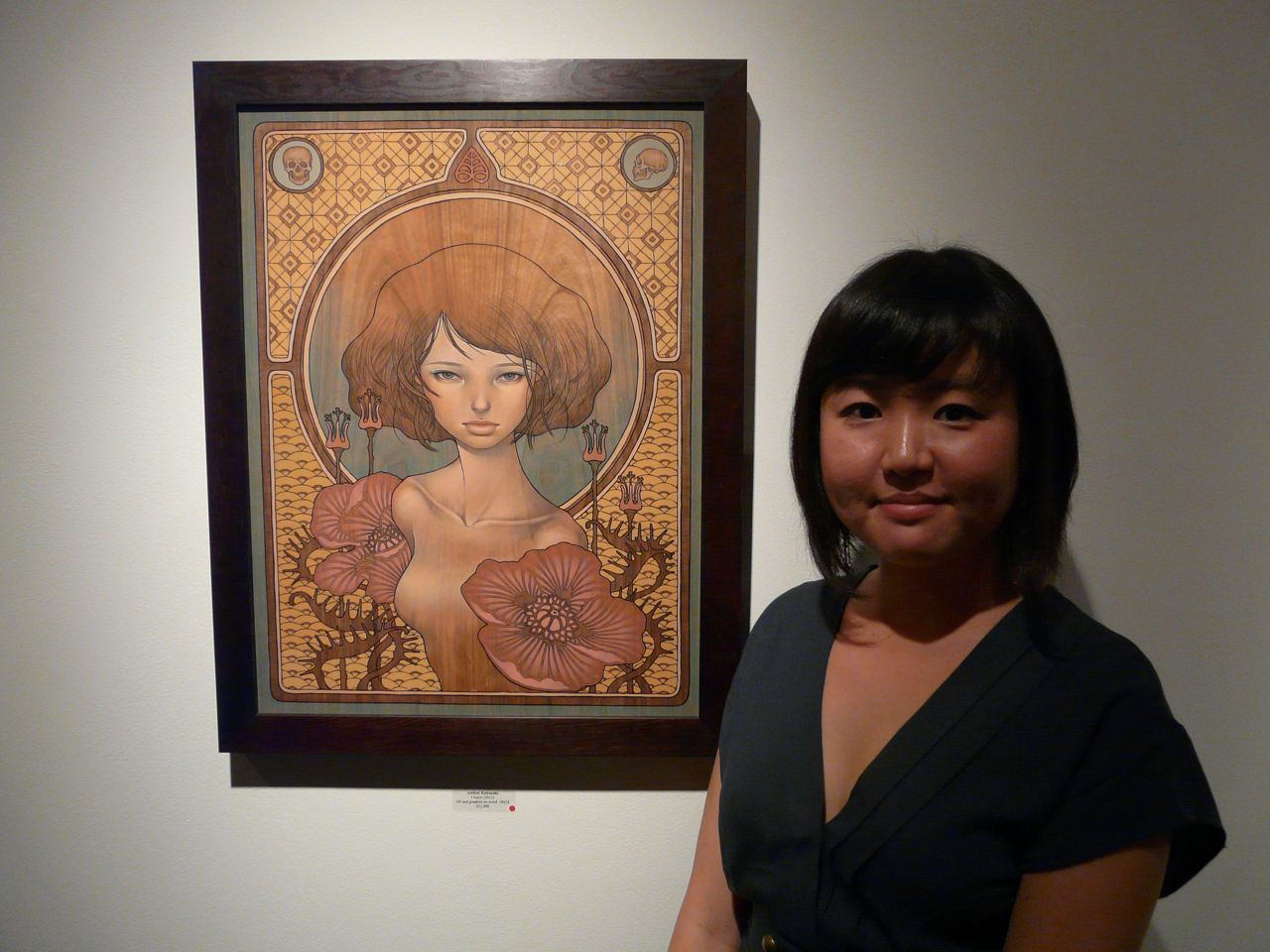 On Saturday night, the highly anticipated In the Wake of Dreams opened at the Thinkspace Gallery in Culver City. Featuring the collective talents of Audrey Kawasaki, Amy Sol, Stella Im Hultberg, and Mari Inukai, the group show sees the artists and friends four years out from their 2007 Four Dreams show in Portland. The new work showed a maturity and complexity that has developed over the years with Audrey exploring patterns and textures, Amy continuing to put a larger focus on her human characters, Stella also independently working with patterns and textures, and Mari bringing her distinctive portraiture including one of friend and artist Mia. All-in-all, a strong showing by everyone as evidenced by a near sellout by opening time.

Also, for those interested, there are still print sets left which will be made available online at a later date. Take a look at more photos of the opening after the jump… 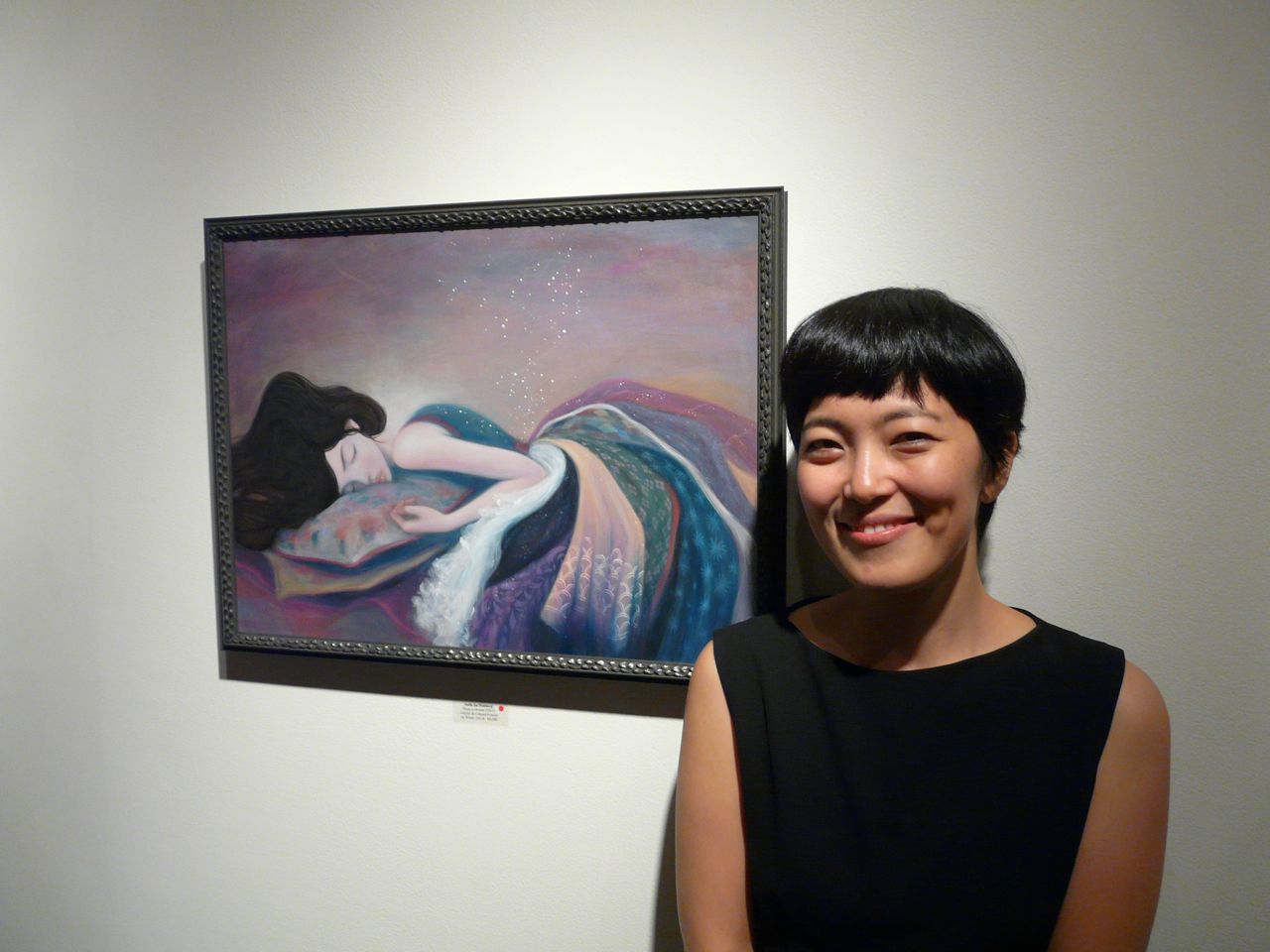 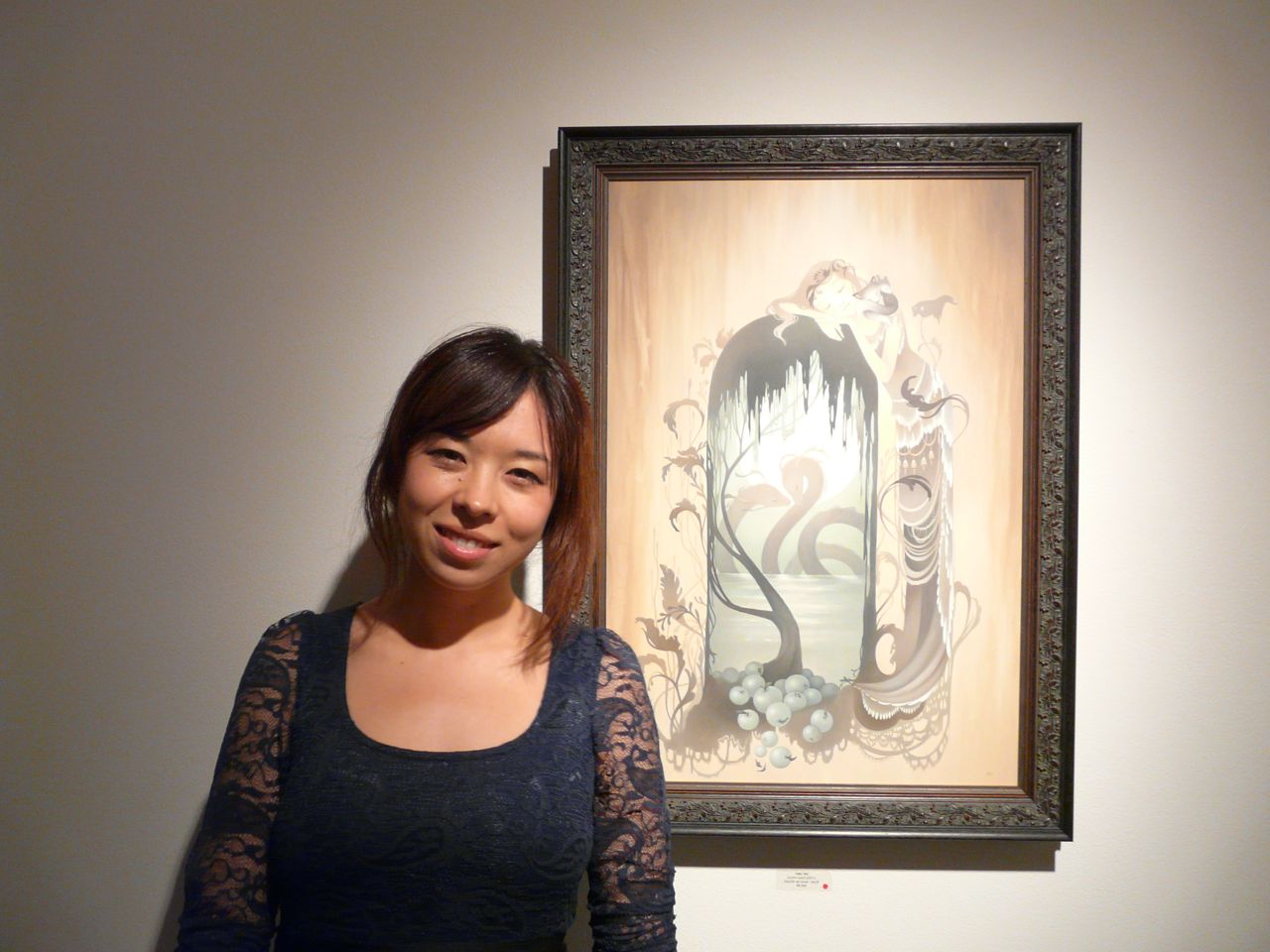 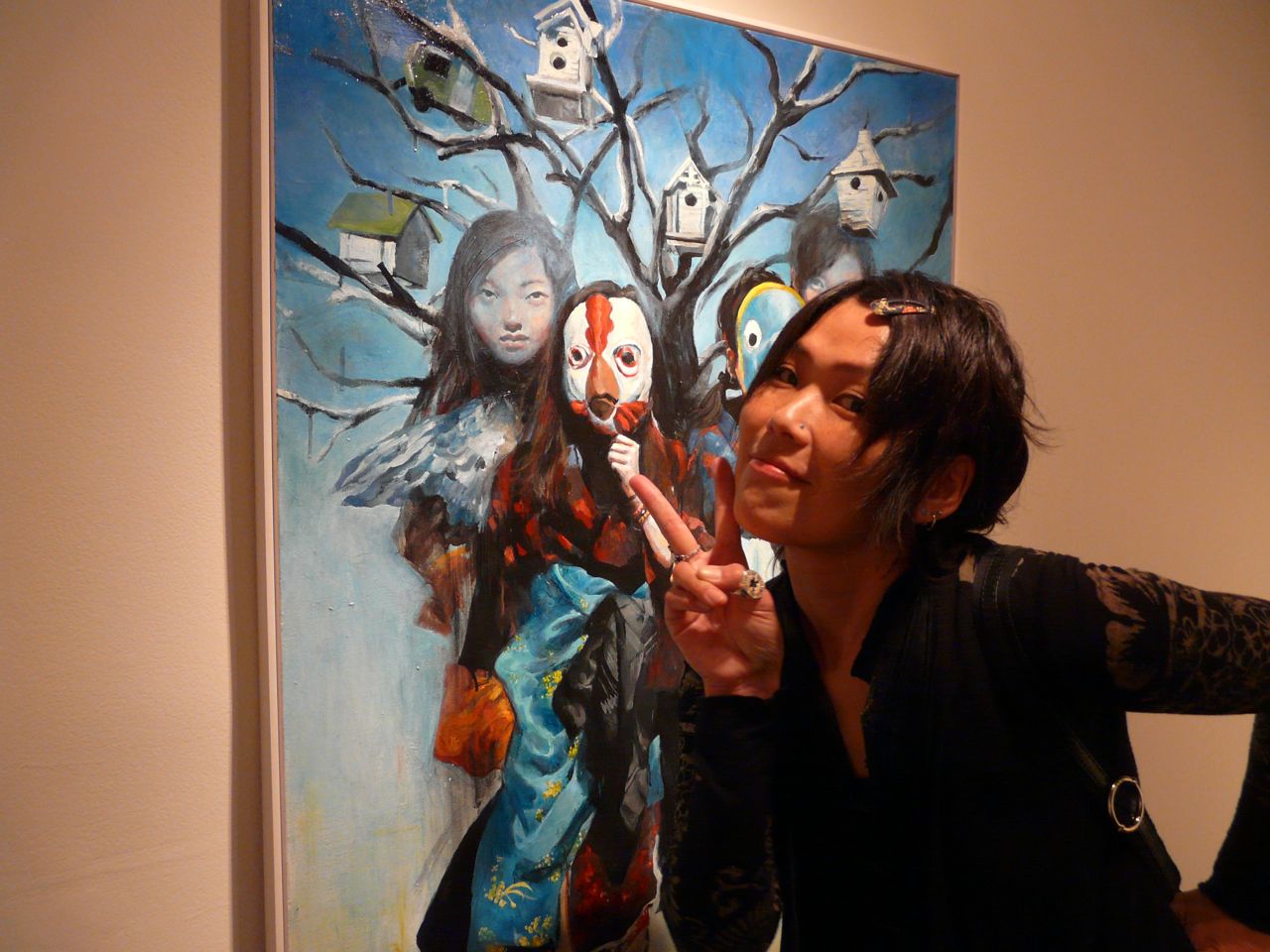 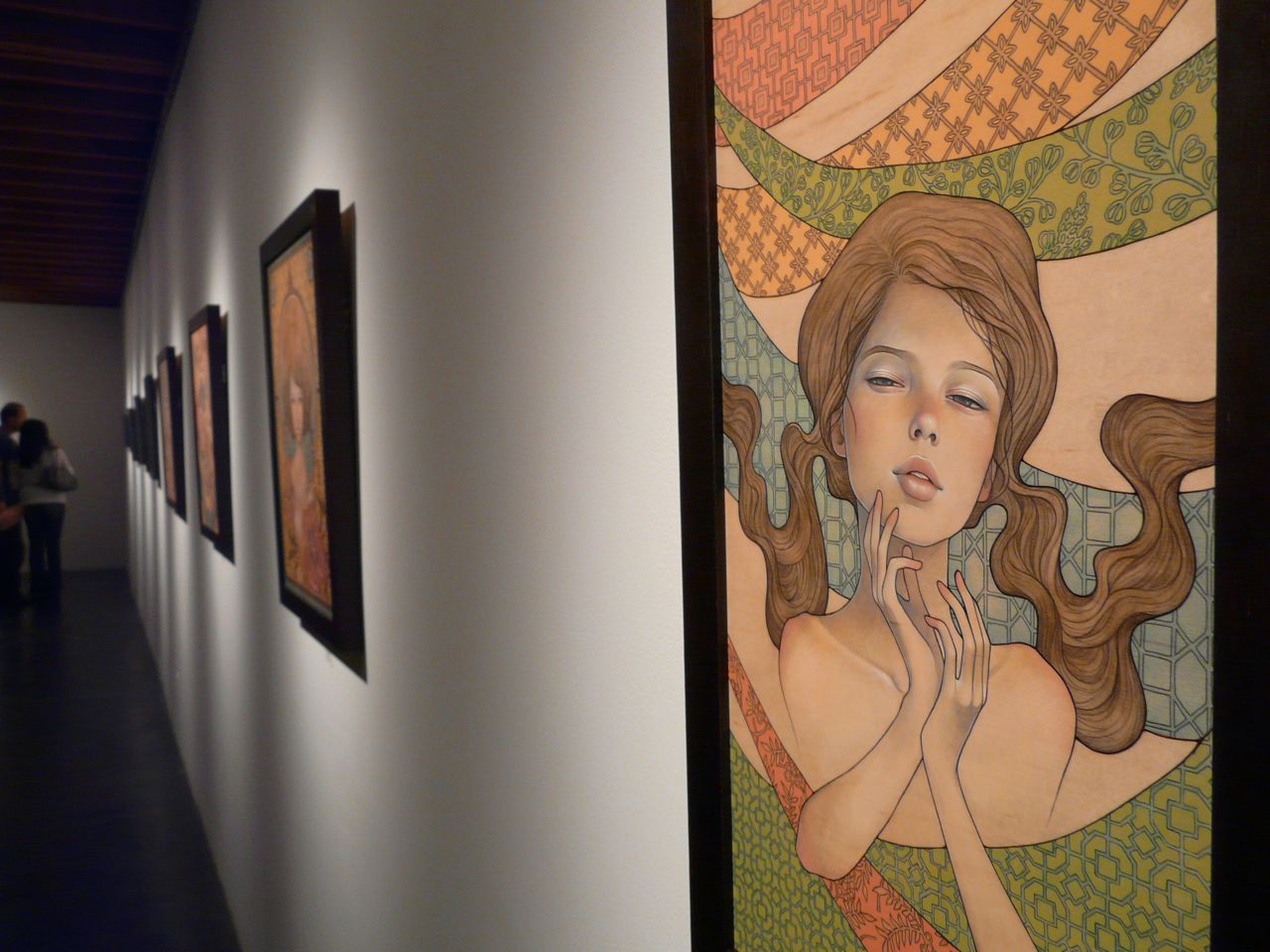 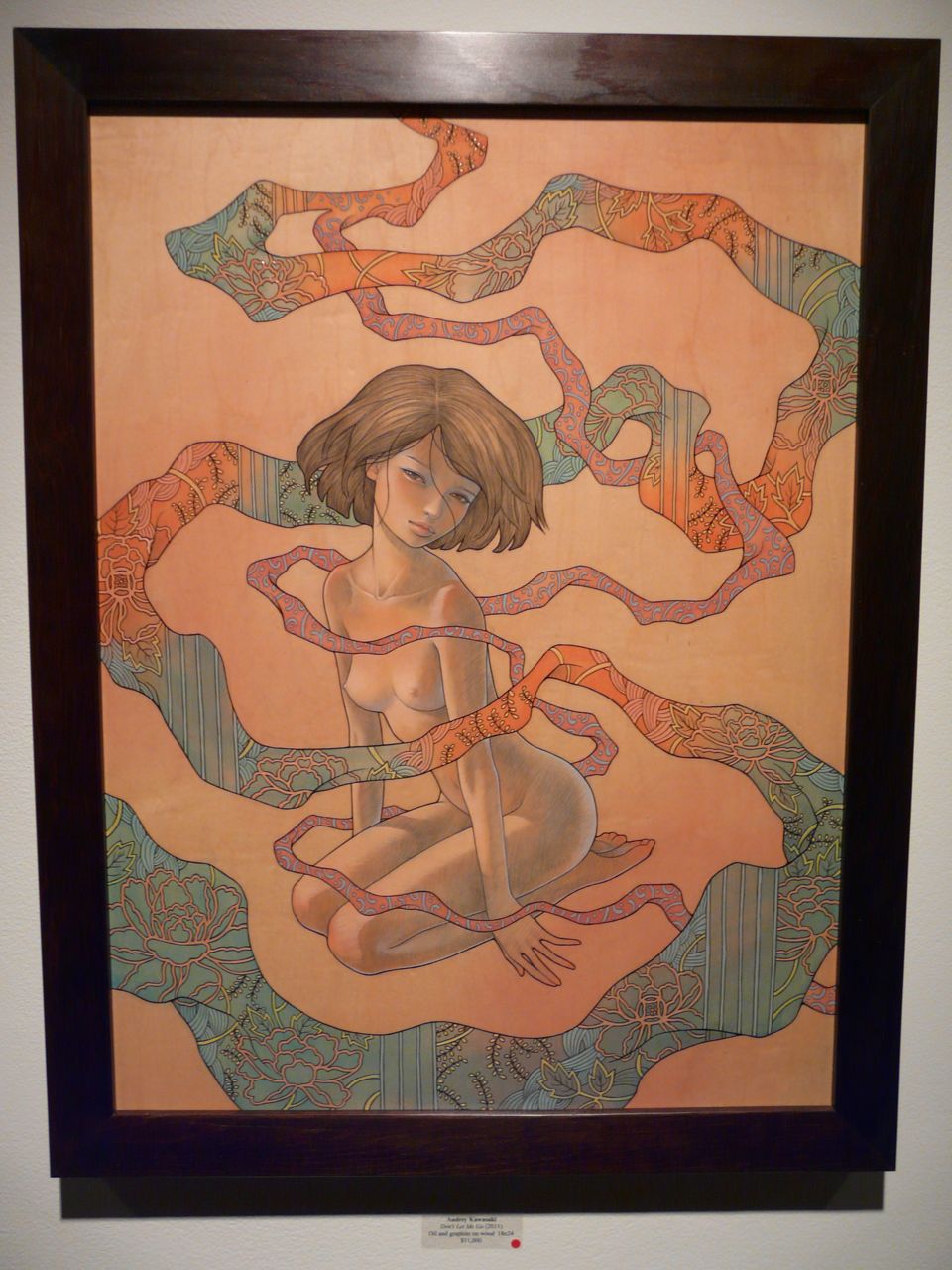 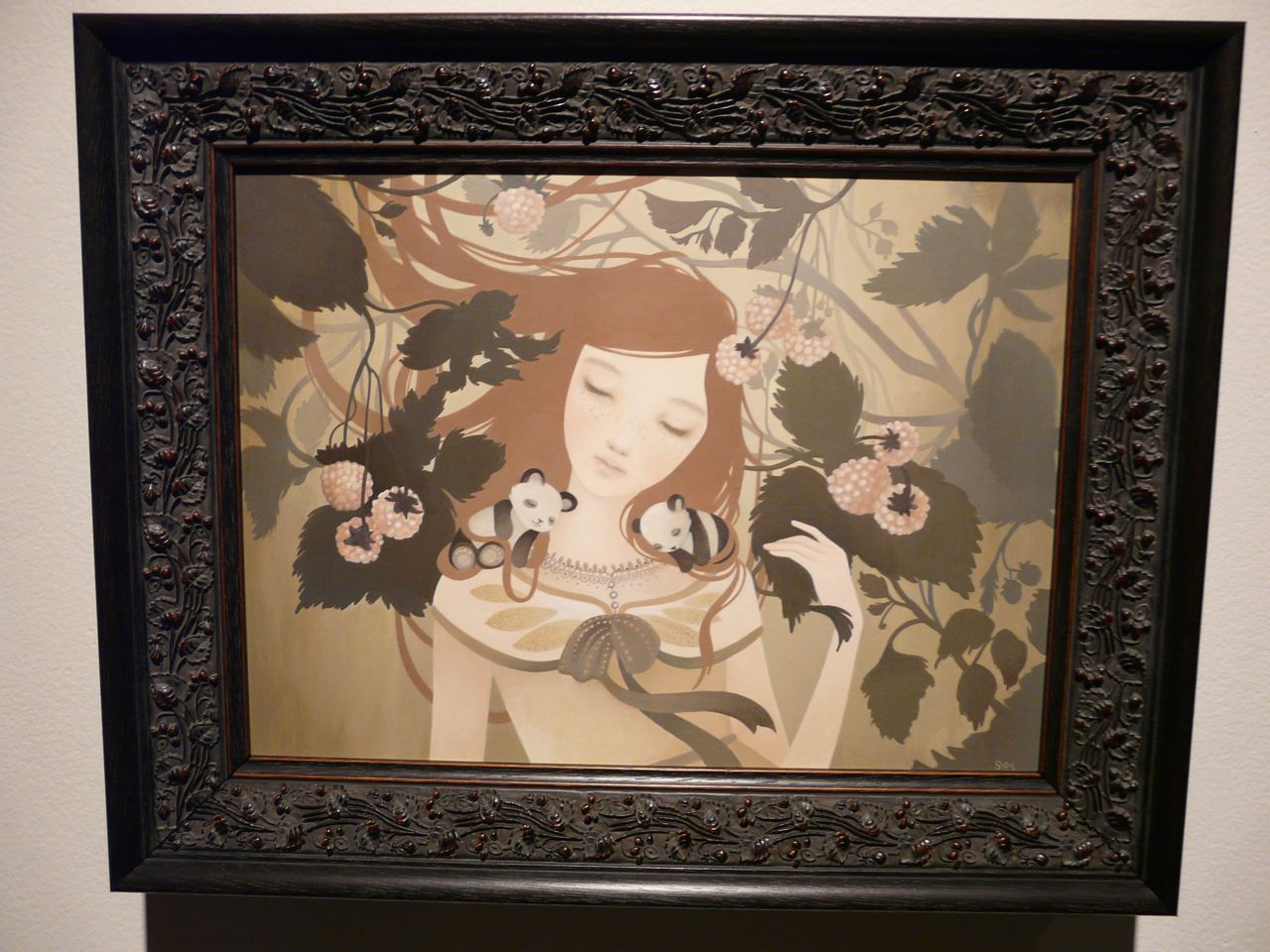 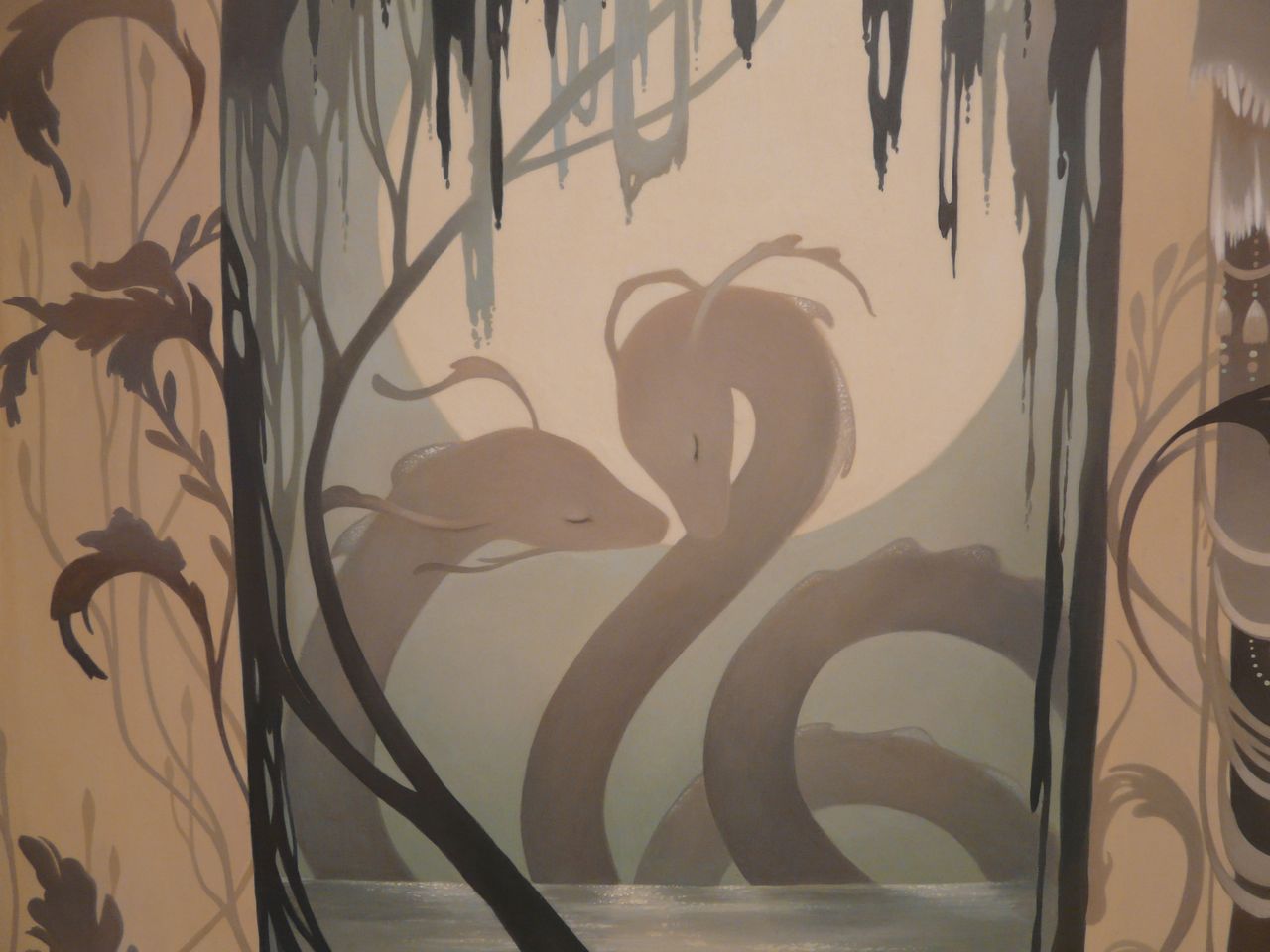 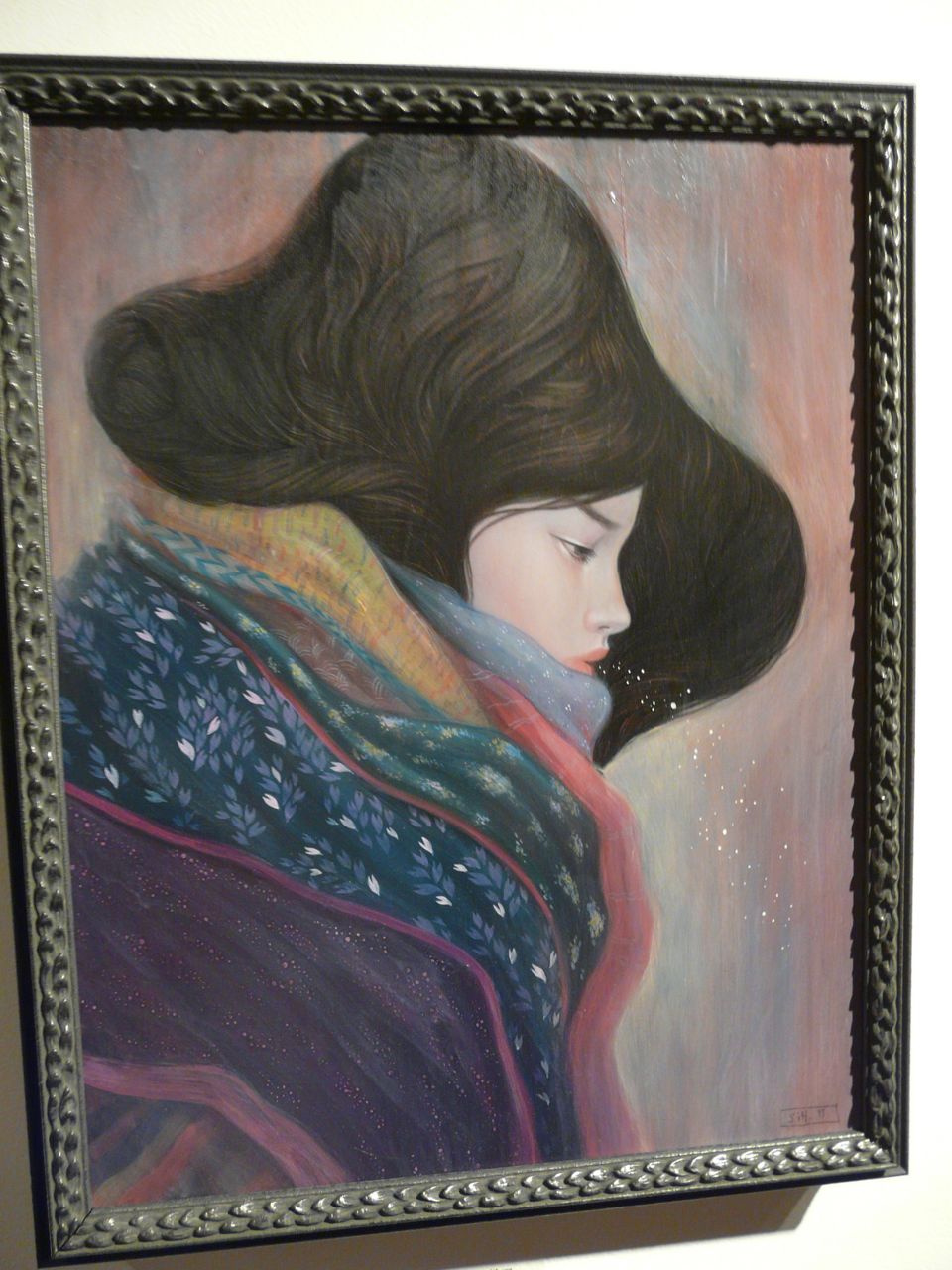 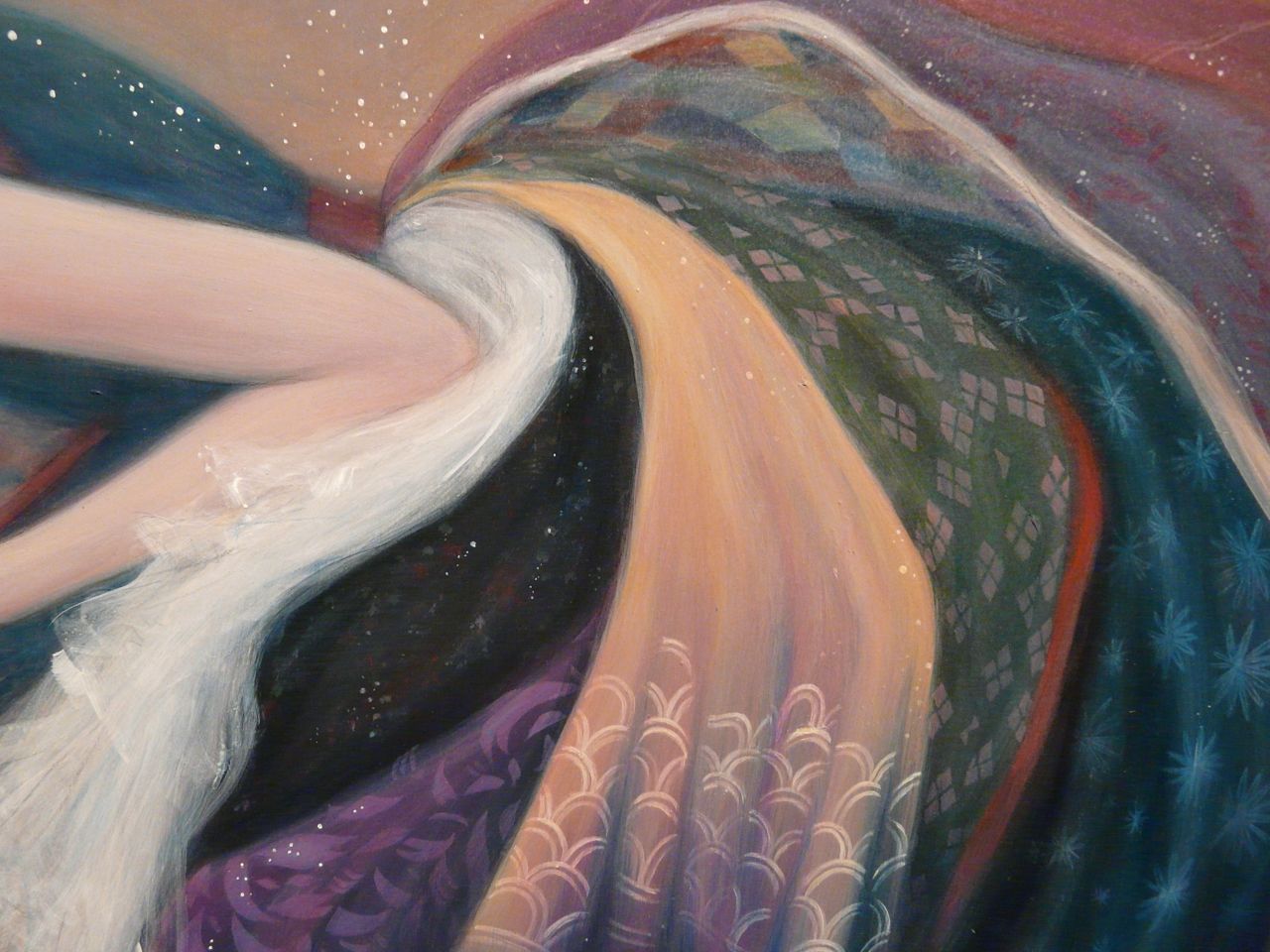 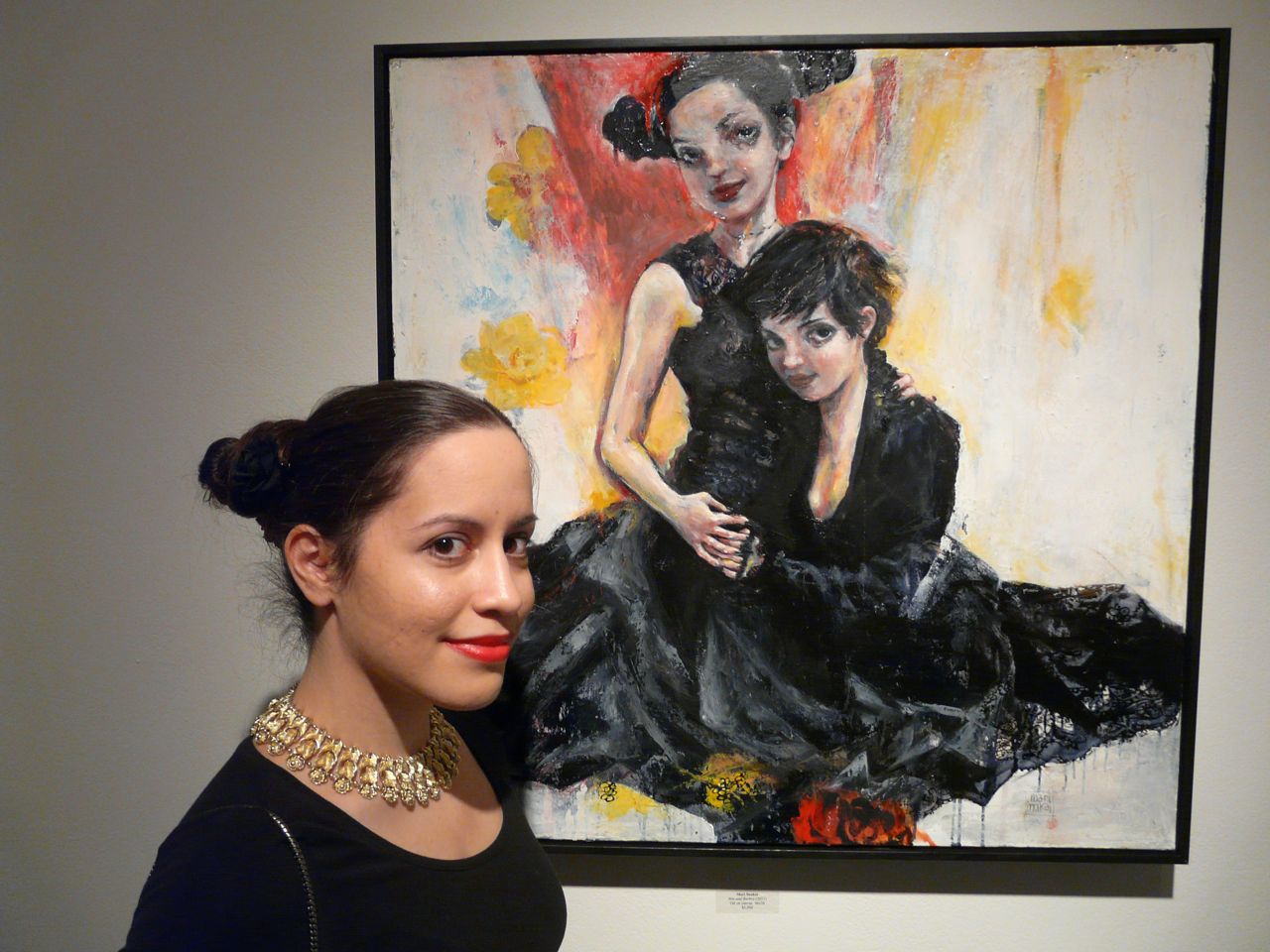 Mia was the photoref for one of Mari's paintings 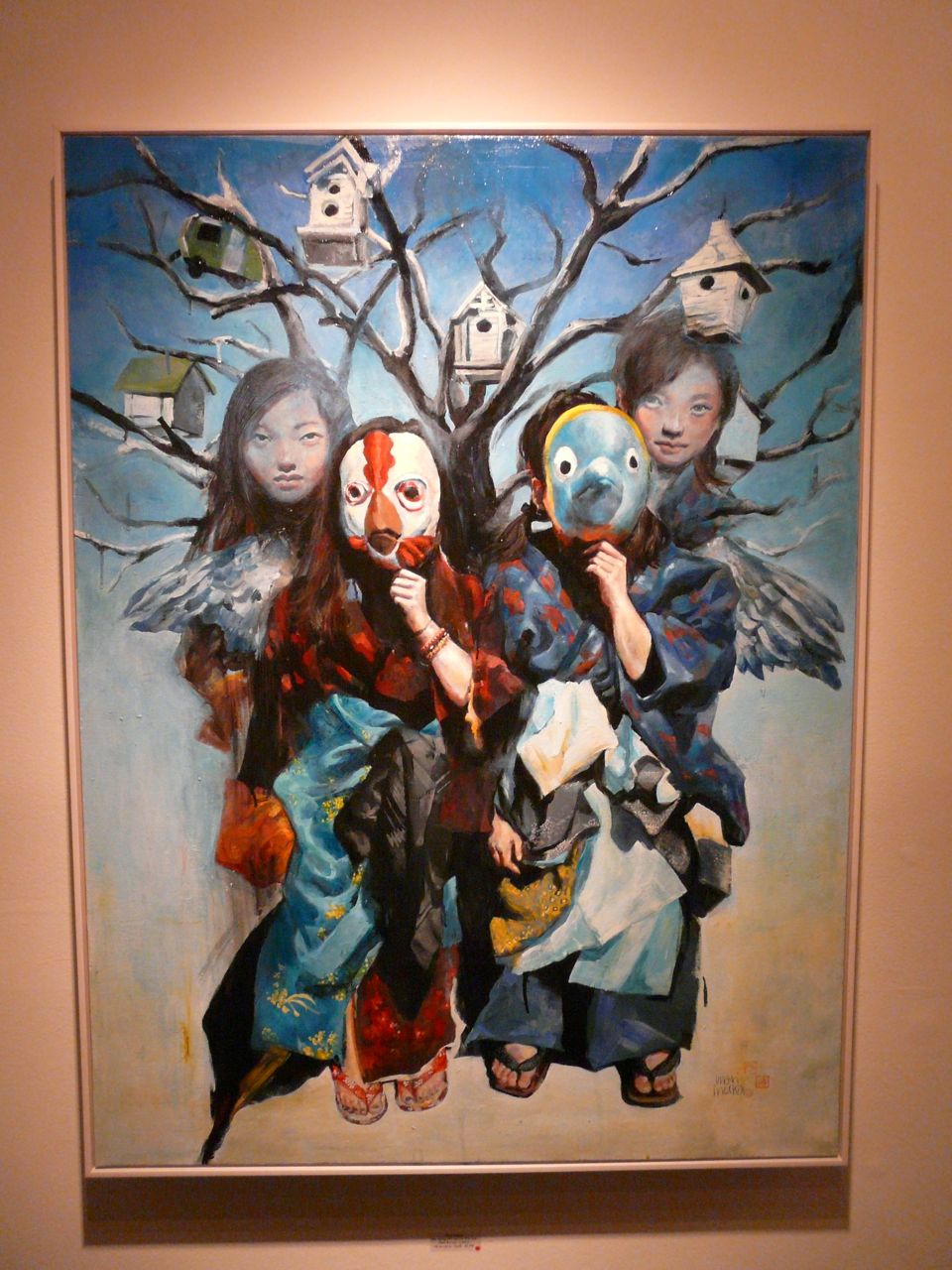 Mia was the photoref for one of Mari’s paintings