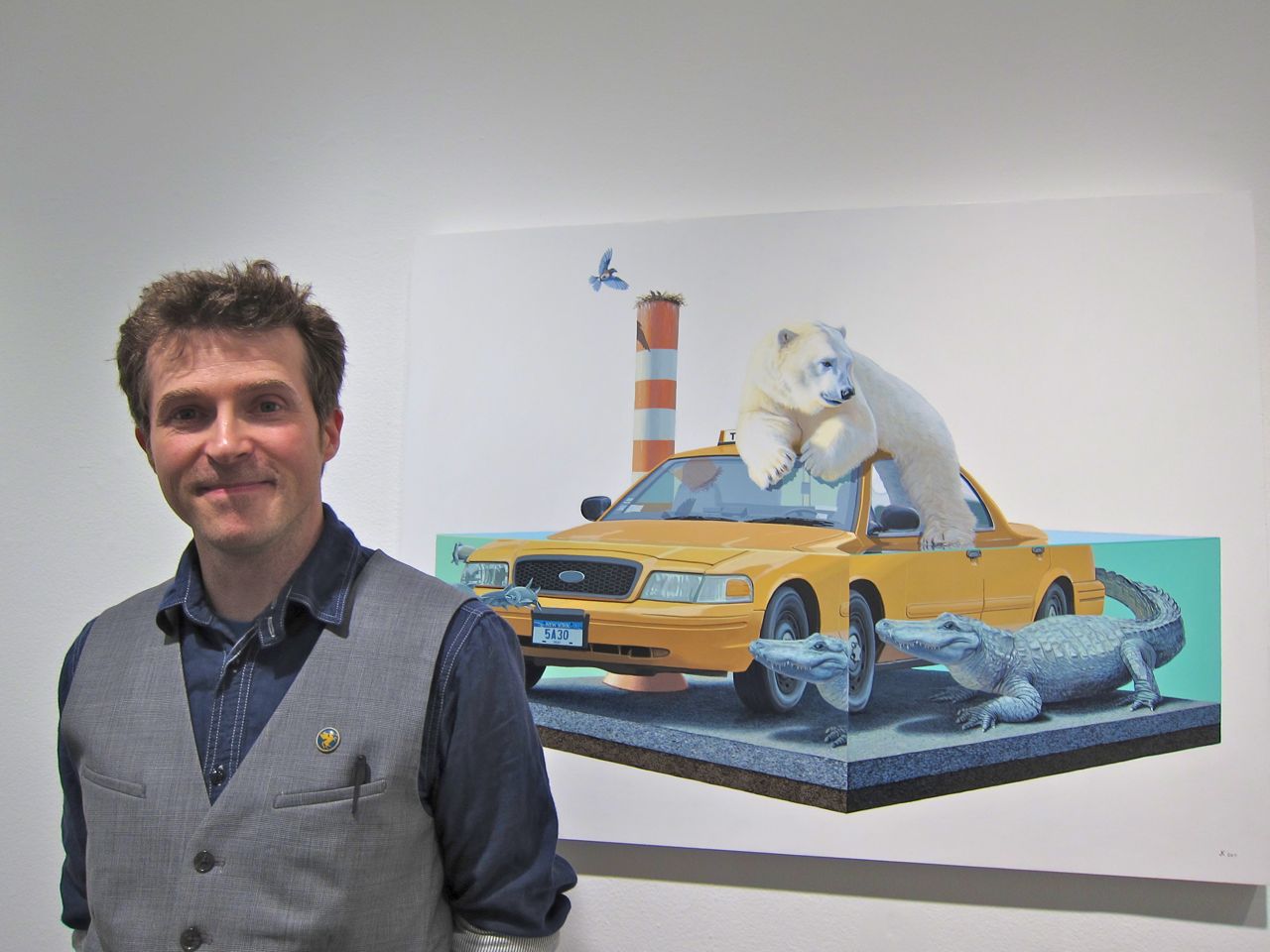 Tonight, Josh Keyes (interviewed) unveiled his latest body of work at New York’s Jonathan LeVine Gallery. As mentioned in our preview, this exhibition entitled Migration, explores the what if scenario of where ecological zones are crunched due to extreme changes in our climates. What type of odd behavior and patterns will emerge in the animal kingdom when food chain and bio-habitats reconfigure? Would pandas and bull sharks coexist peacefully? What about Grizzlies and Dingos?

We were also delighted to see many awe inspiring JK favorites make a return, animals such as the alligator, orca whale and polar bear. The show was of course was headlined by the centerpiece Stampede, a 10′ x 5′ canvas that is Josh’s largest piece to date. This great show will be up until November 19th, so if you’re lucky enough to be in NY definitely make plans to see it.

More opening photos and a special giveaway after the jump… 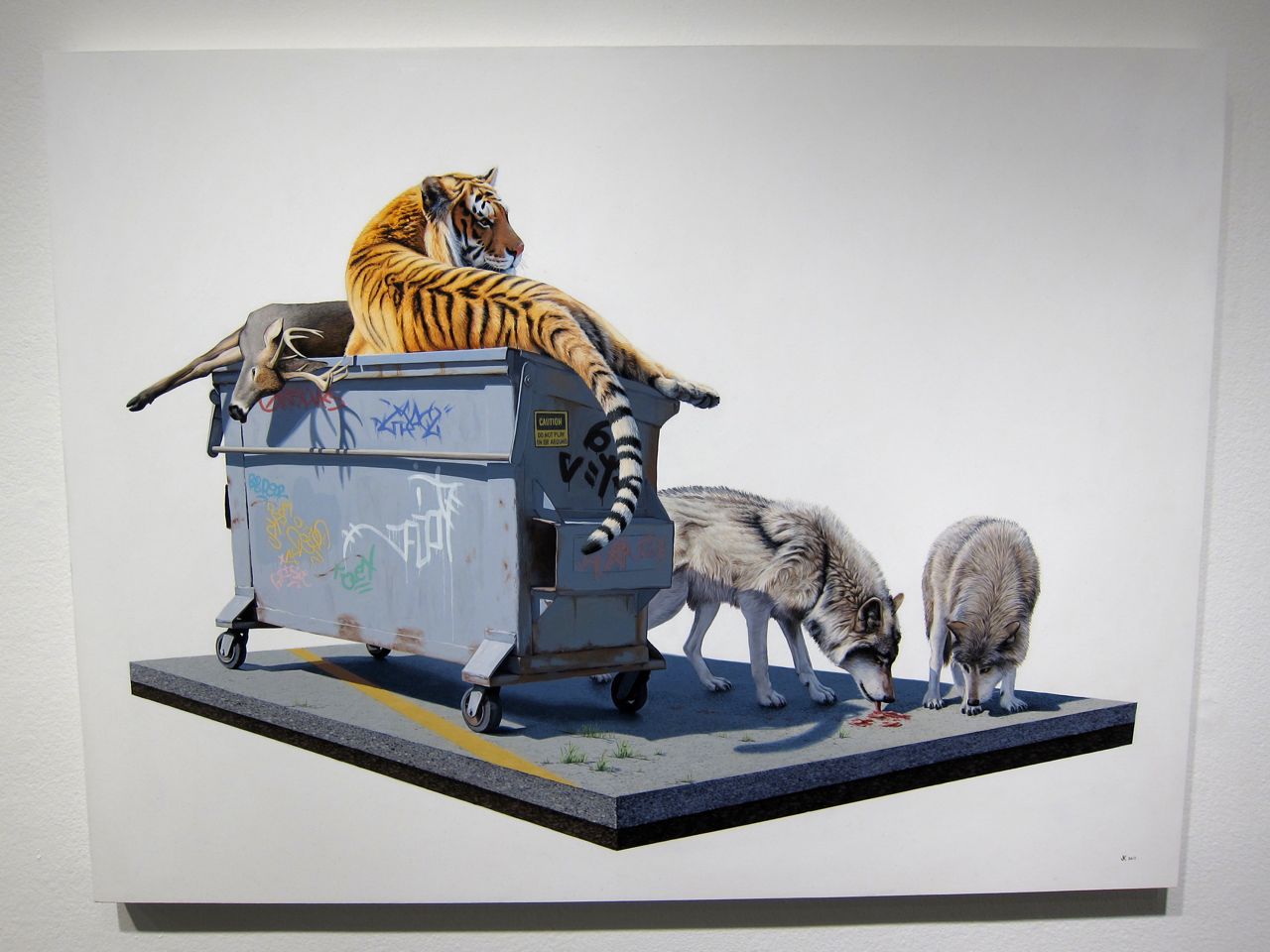 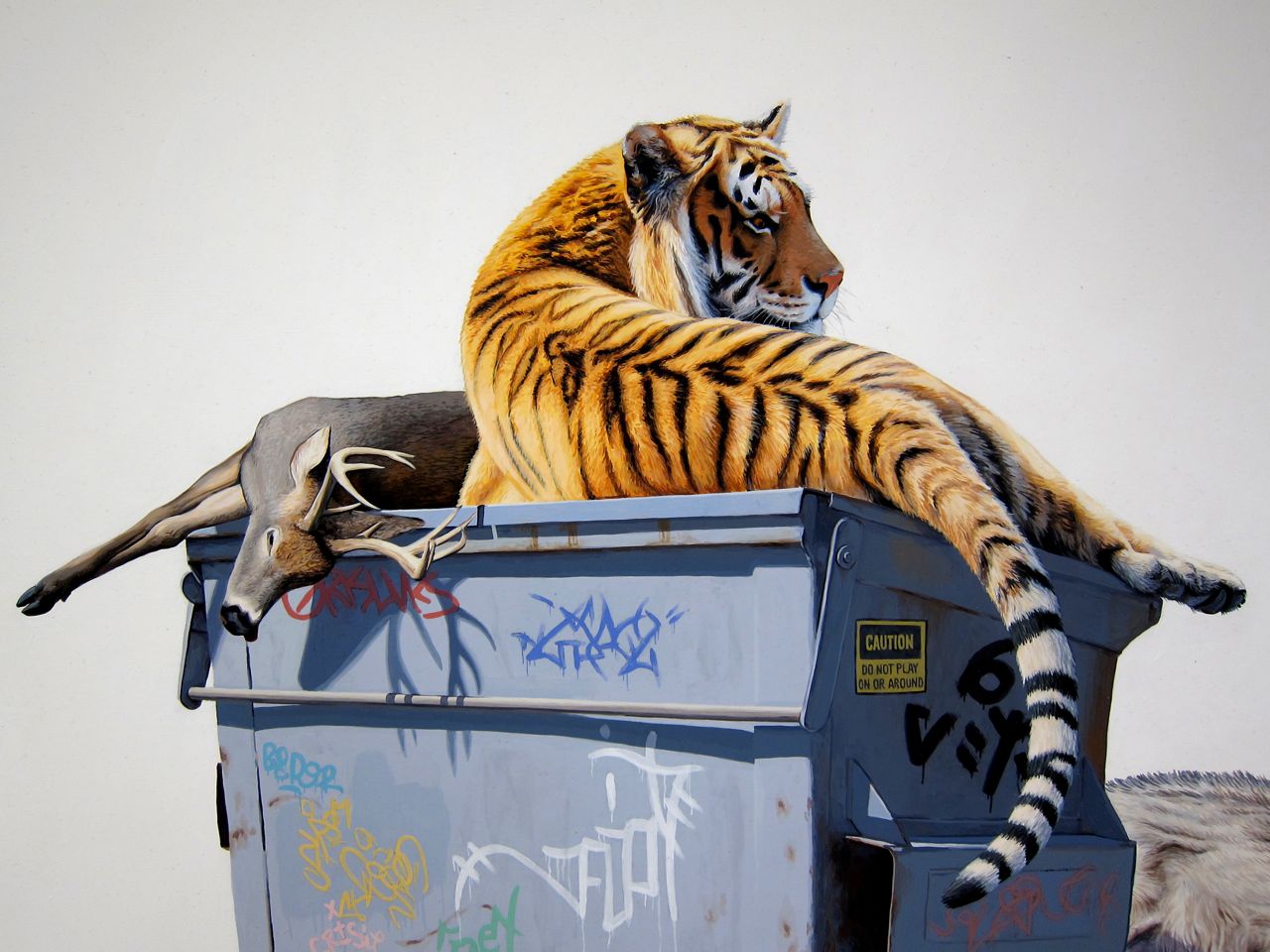 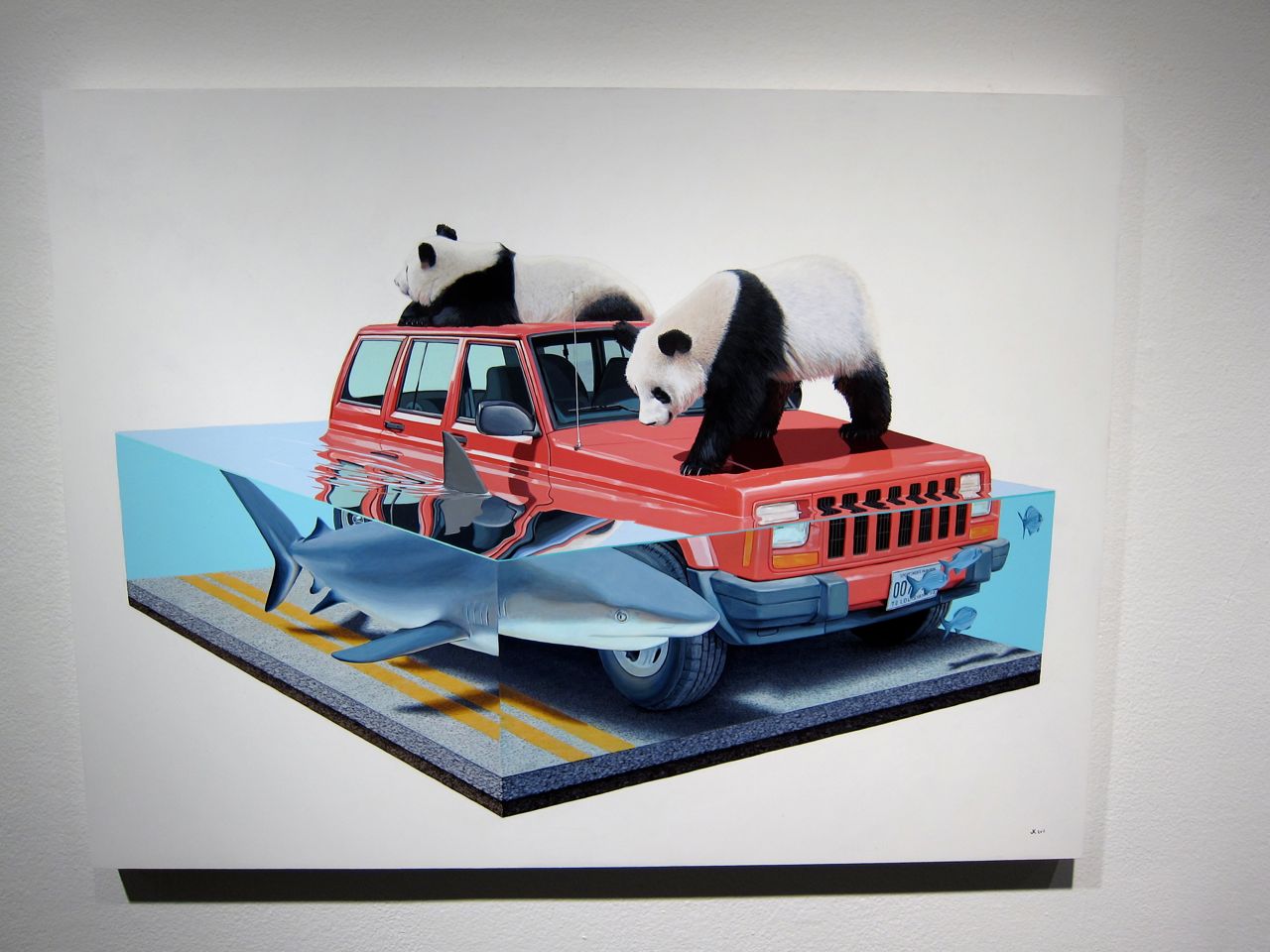 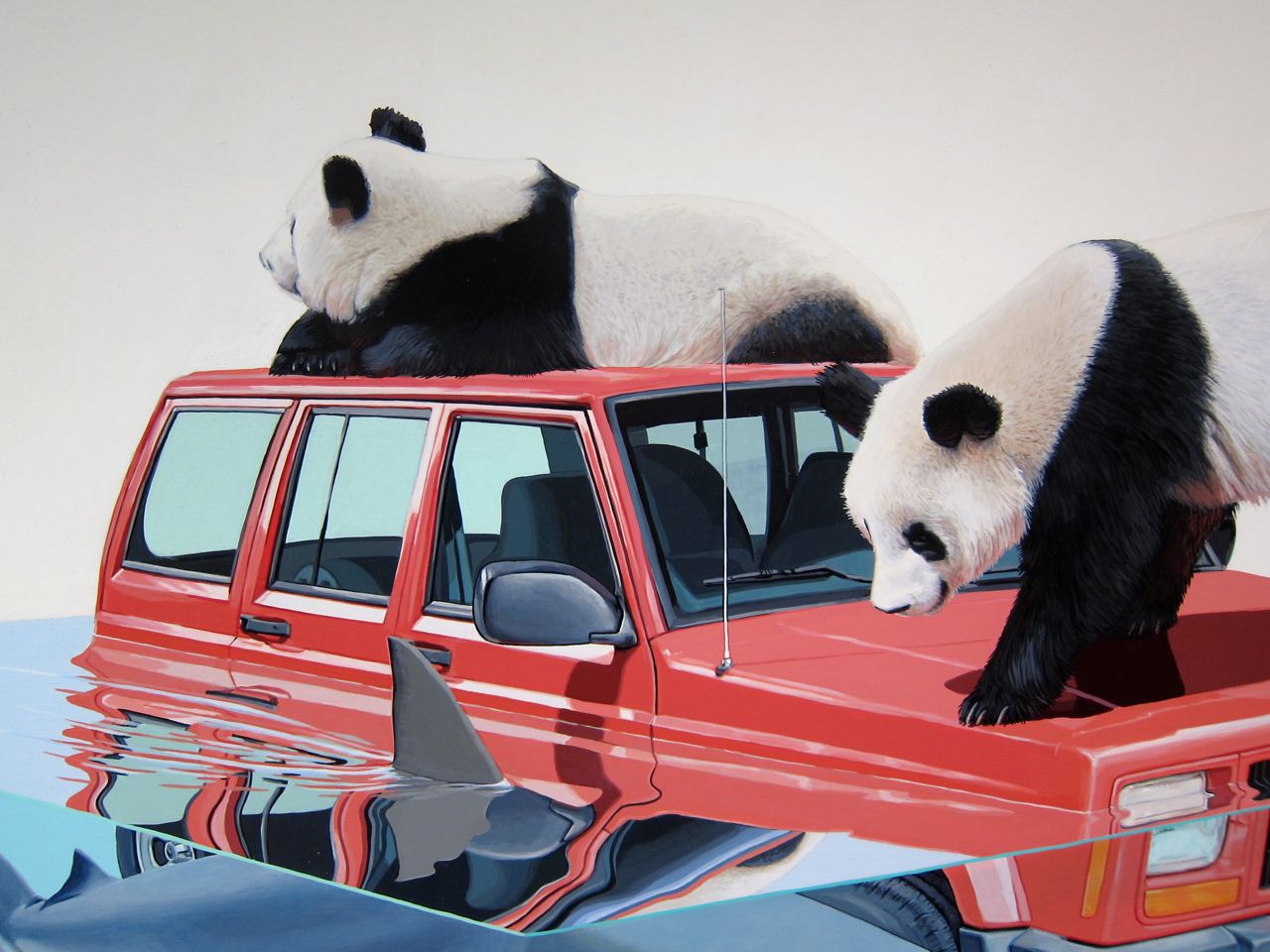 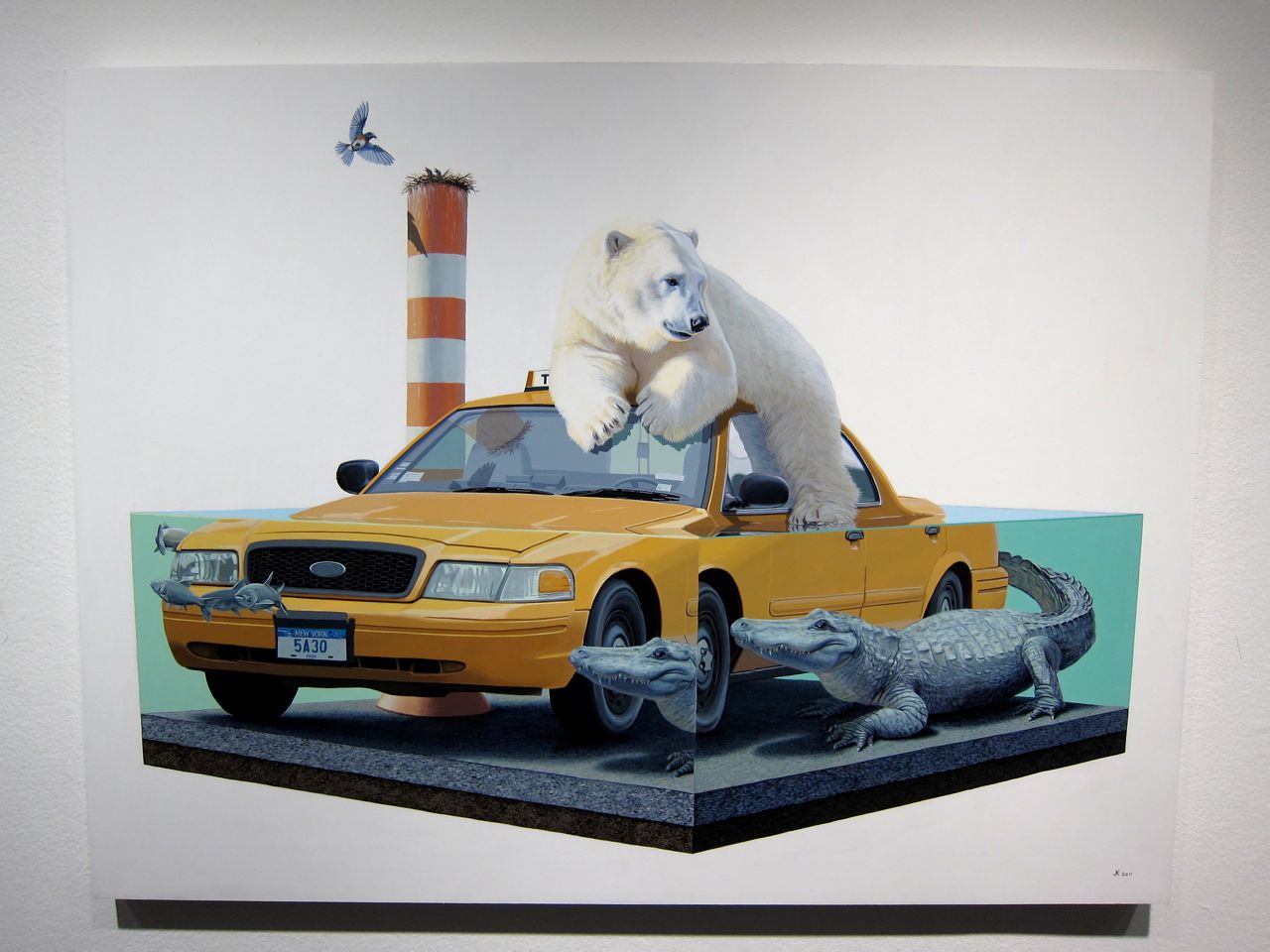 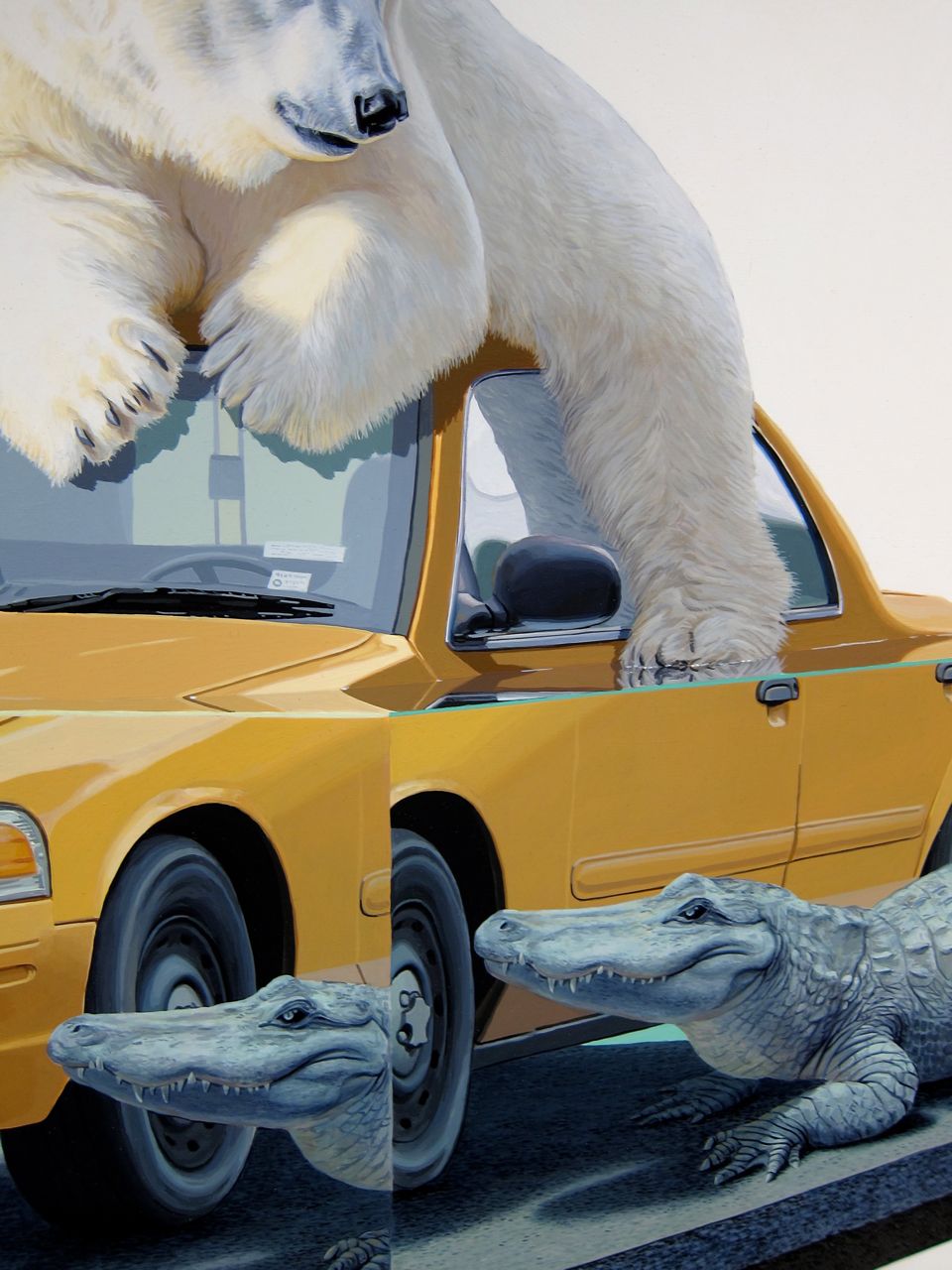 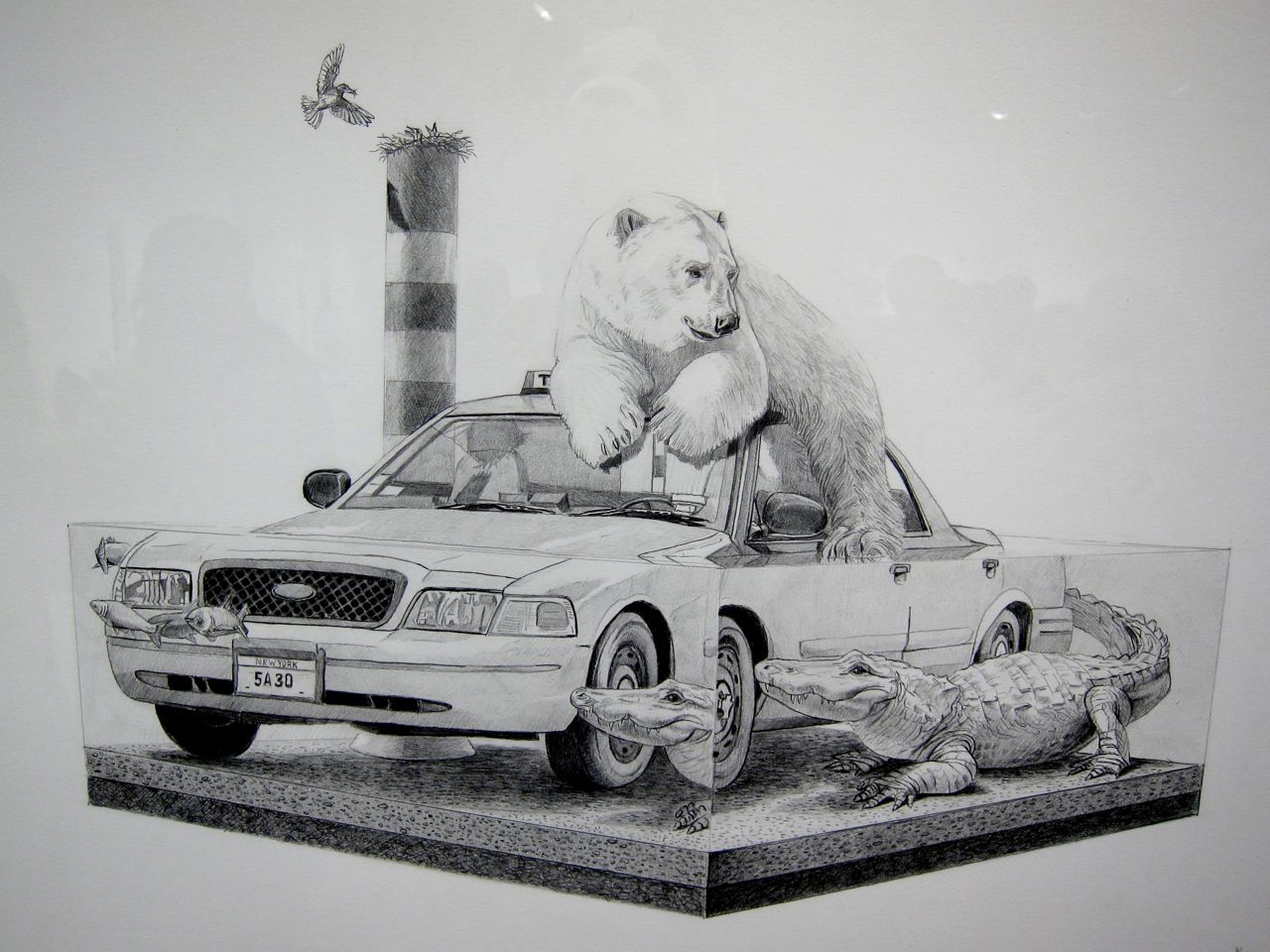 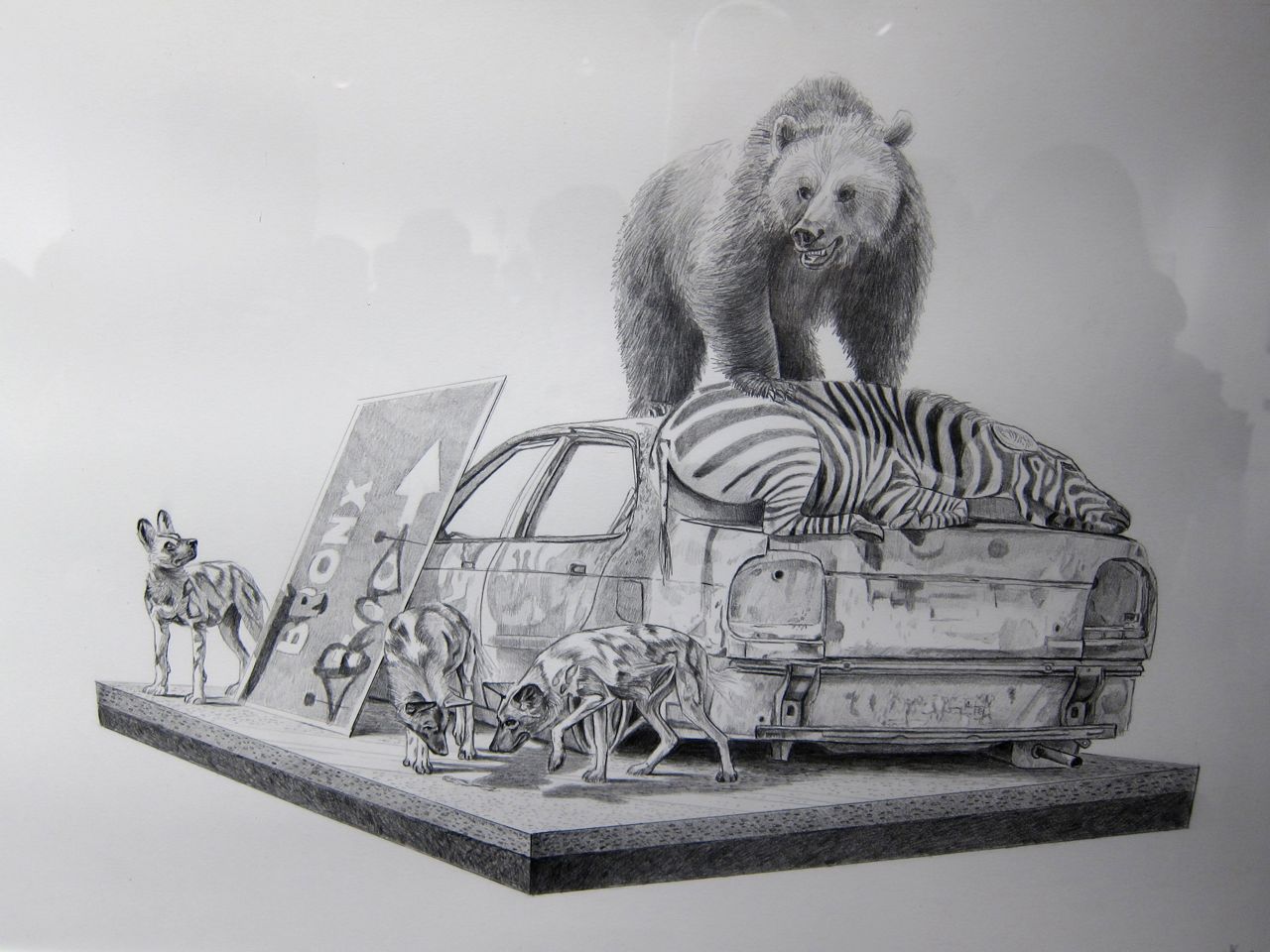 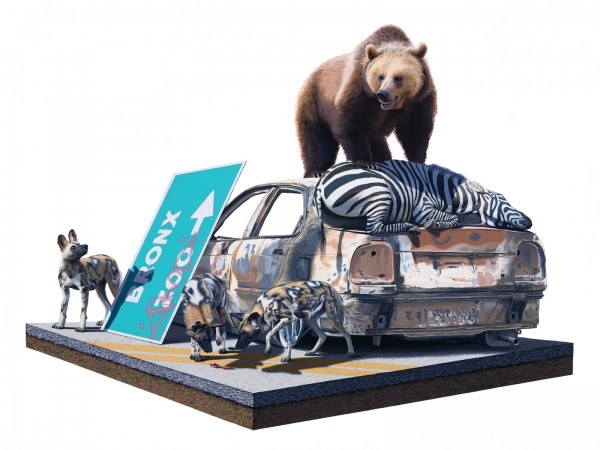 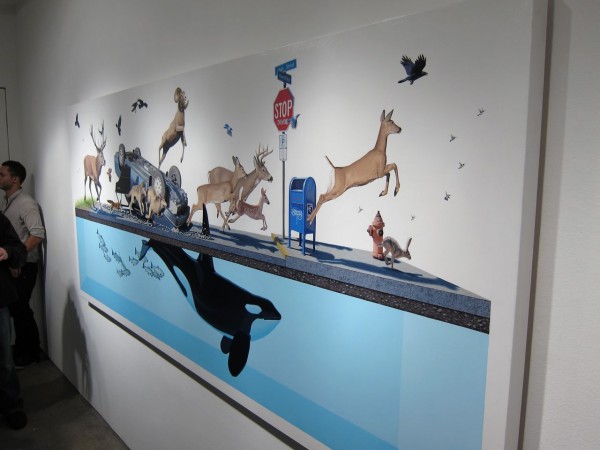 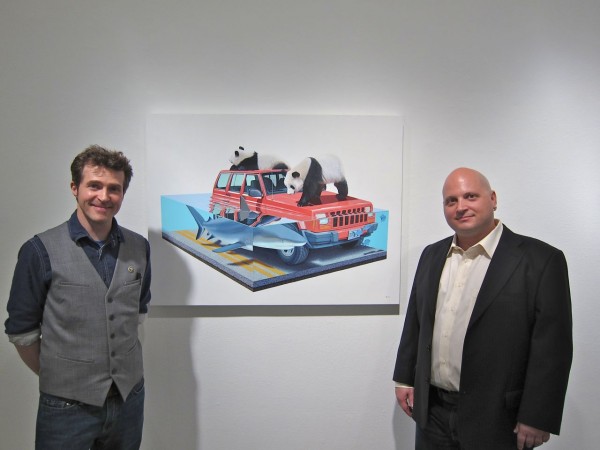 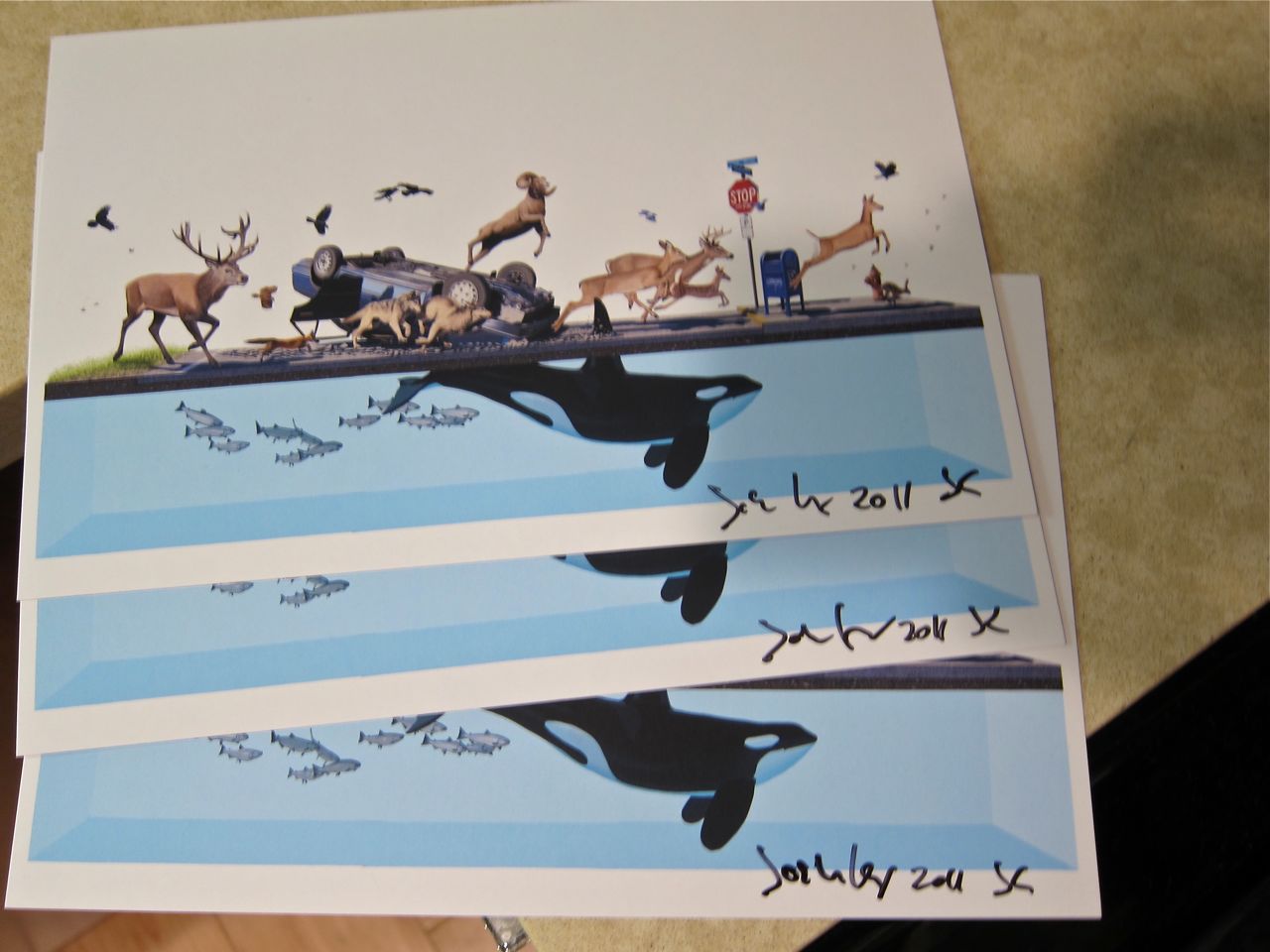 Just as we have it, Josh took the time to sign a few show cards for you fans. To win? Just leave a comment on our facebook page about what your favorite image from the show which Josh should make a print with?