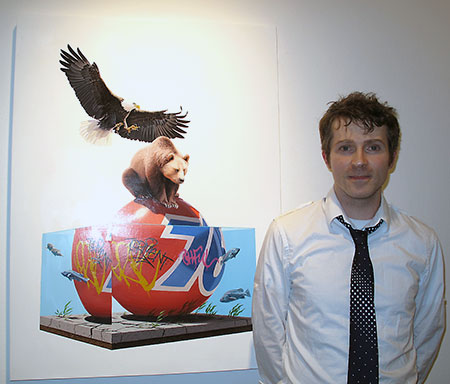 AM was in Chelsea last night for the latest much-anticipated solo show by Josh Keyes (interviewed), entitled “Fragment,” at Jonathan LeVine Gallery. As expected, the large crowd was blown away by Keyes’ newest series of realistic-stylized portrayals of animals battling for survival against a hostile environment. And for the first time in a long time, Keyes included a human (non-statue) figure in one of his works – a portrait of himself presumably in a post-apocalyptic world – which takes a more direct approach in his commentary on man’s looming future in the face of global climatic change.

See all the images from the opening, after the jump. 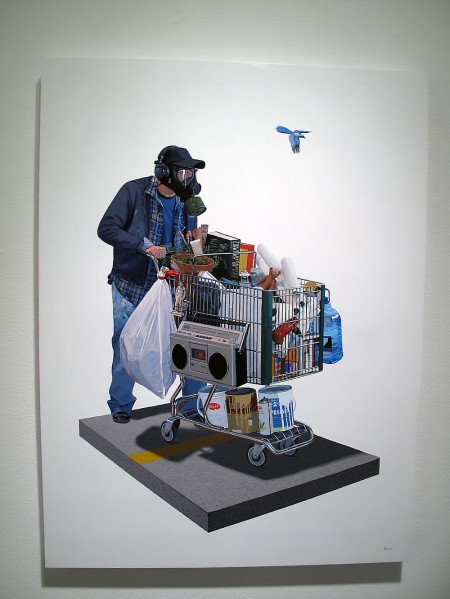 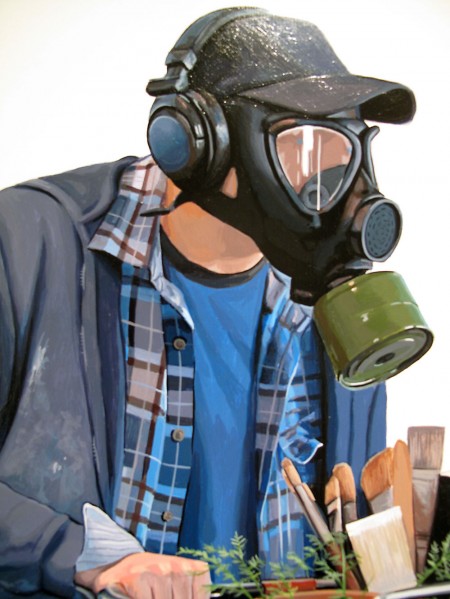 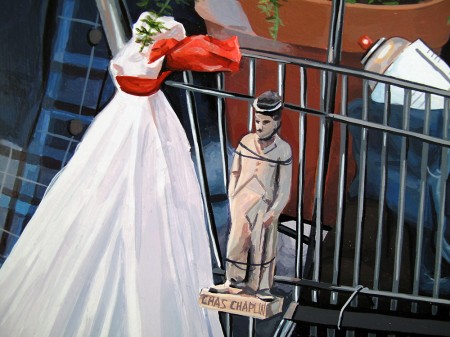 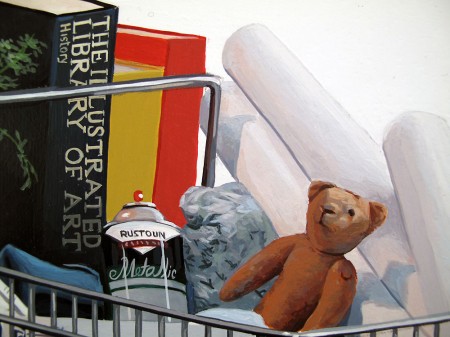 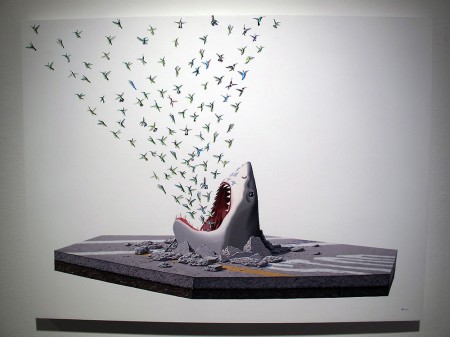 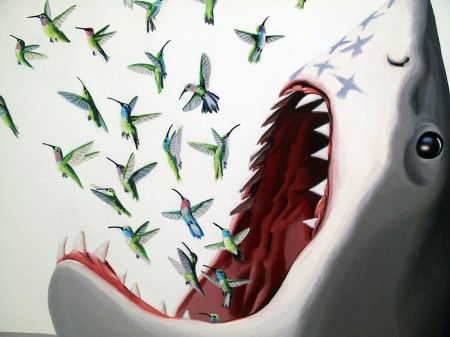 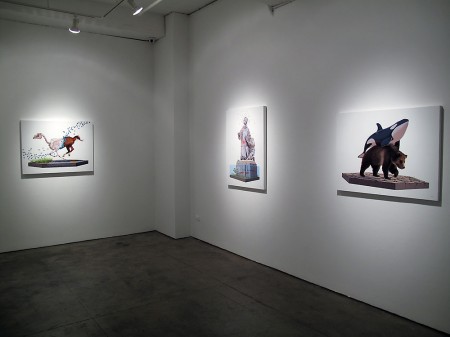 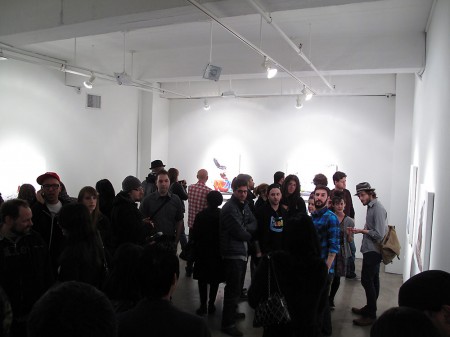 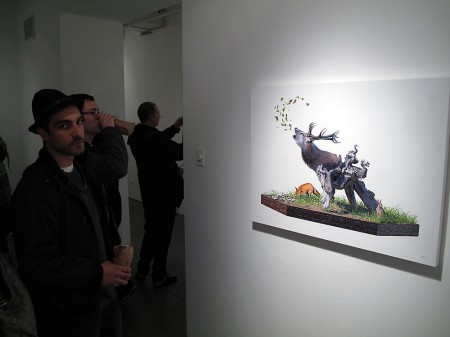 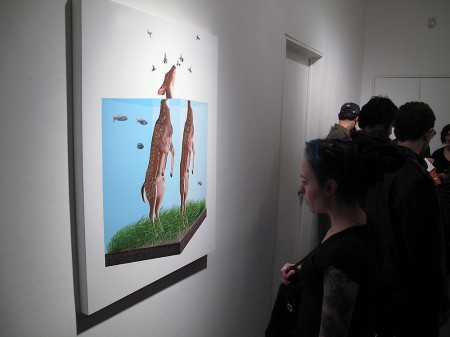 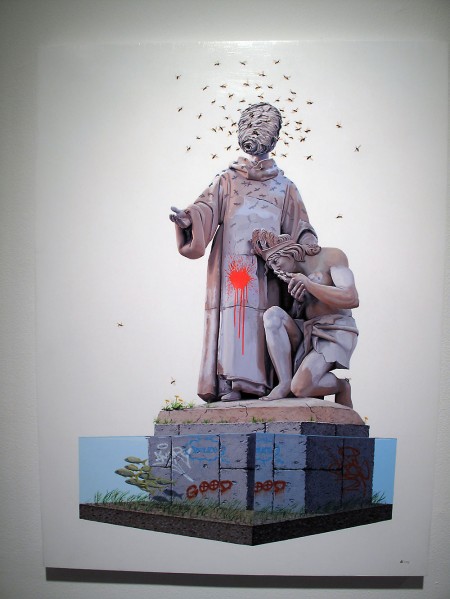 Josh appreciates all the fans who came out to support him at the opening. And for those fans who couldn’t attend the opening, he signed 3 show cards. To win one of these, simply tell us what city and country you’re from by 9pm (PST) on Friday (01/22) and we’ll pick 3 winners at random. Thanks to all the entries. The winners were: Rose, Brad & Tom. 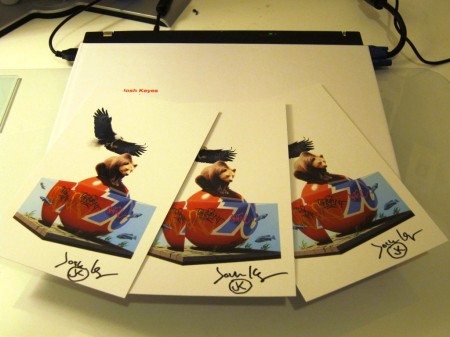