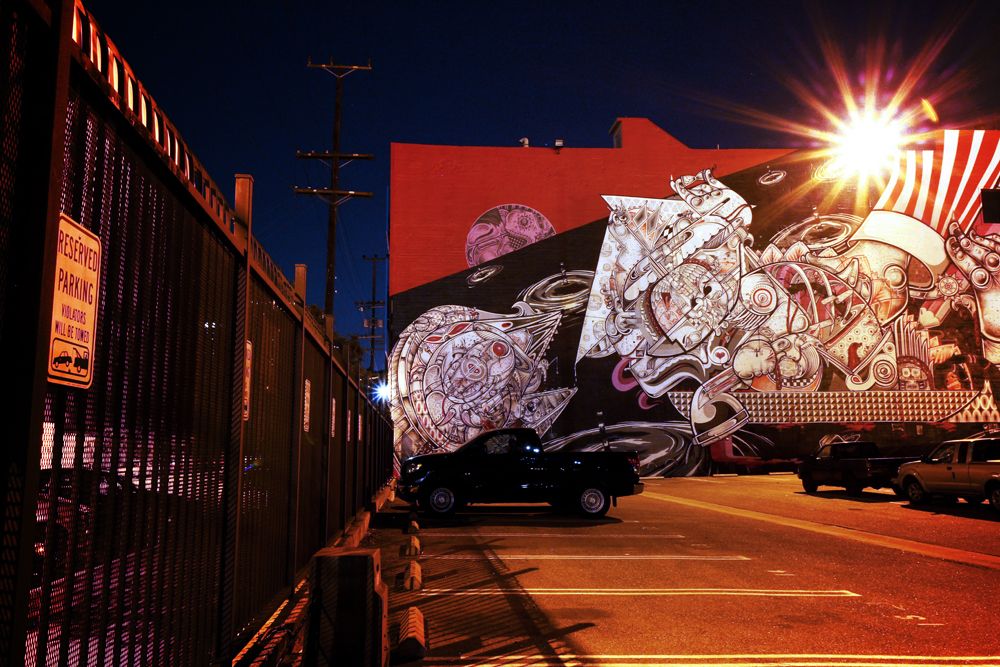 Just a couple of days before their upcoming solo show taking place at the Known Gallery, here we have a final look at the mural painted by the prolific twin artists How & Nosm. As part of the L.A. Freewalls project, the mural entitled Heartship stands near the center of Downtown Los Angeles took nearly a week to complete. This new piece contains both the immense detail & complexity which they incorporate into every one of their artworks and even more impressive is that fact that the wall is over 100 feet wide, taller than 50 feet, and can be seen at the end of Traction St.

However, this is just a precursor to the work they will unveil in their exhibit in which they will feature a vast collection of sketches, paintings and a couple of other gems which will be revealed at the opening on October 15th. So, don’t forget to check out both their street art work and their gallery show if you happen to be in the Los Angeles area this coming Saturday.

In the meantime, check out some photos of the completed mural courtesy of Carlos Gonzalez after the jump… 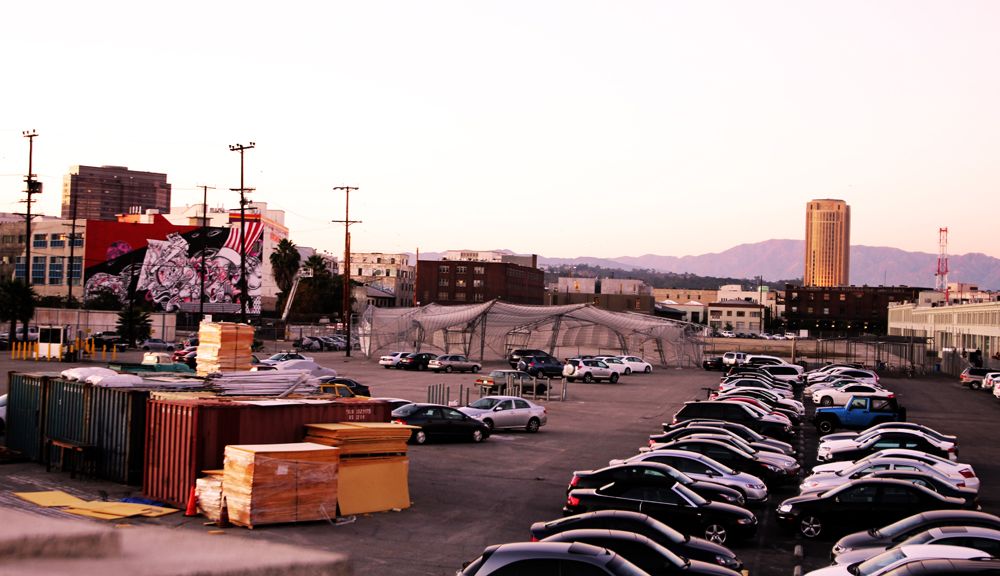 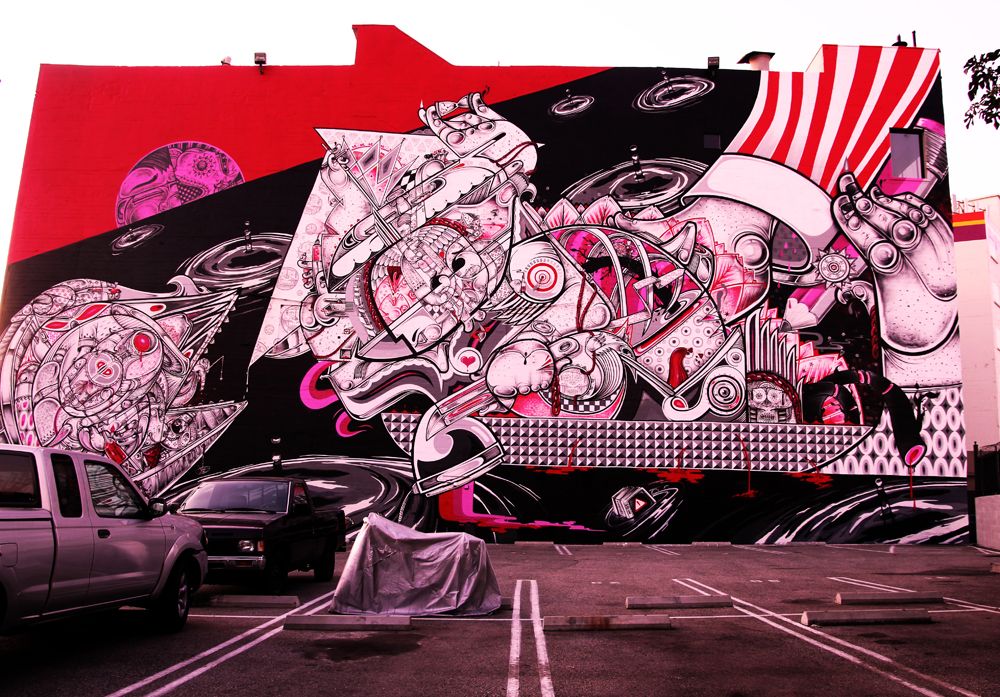 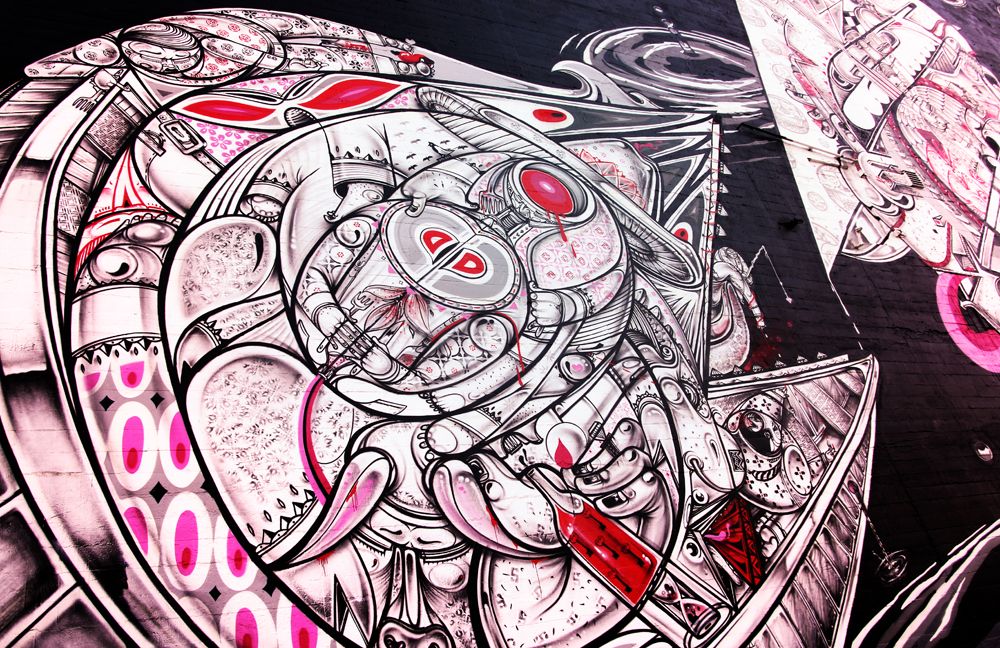 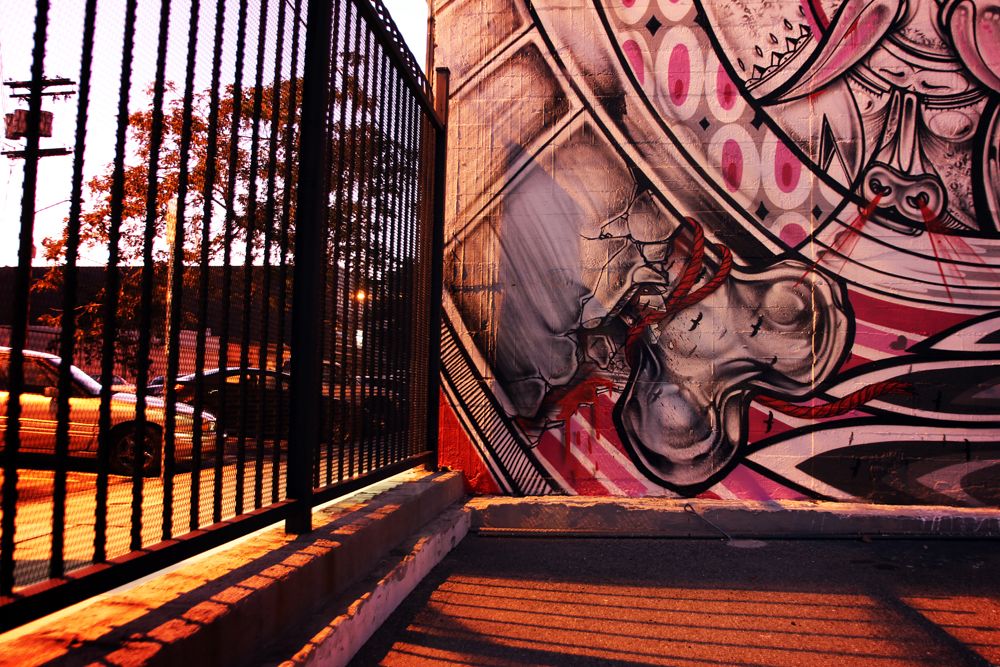