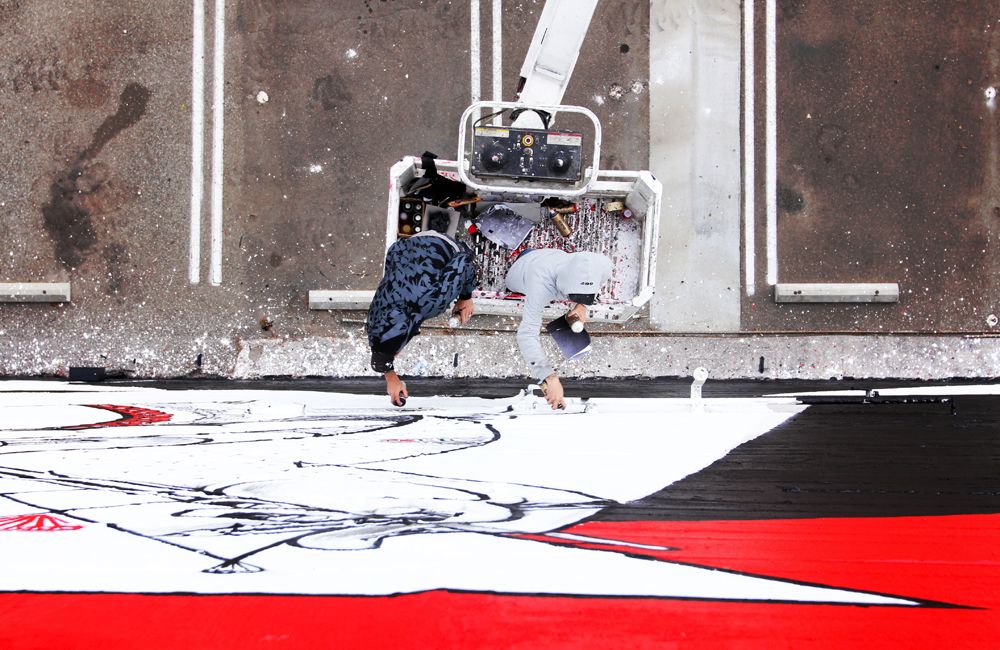 The Spanish-born twins How & Nosm arrived in Los Angeles nearly 2 weeks before their next solo show entitled Achtung!, which opens on October 15th at the Known Gallery. This time around, they are painting what may be one of their biggest murals up to date. As part of the L.A. Freewalls project, the mural can be seen from quite a distance, and is attracting large crowds of people who can’t help but notice the three color palette heavily utilized by the prolific duo.

The mural that sits at the far end of Traction St. will take nearly a week to complete and by all looks, this is merely a precursor to their solo show which will feature over 50 original works and paintings.  Their sense of characters and design features an abstract sensibility adorned with animated characters that blend onto one another. The last time the two visited Los Angeles, they collaborated on a wall which also featured the works of artist couple Dabs Myla. However, this one may be a bit more unique simply because the wall space is twice as large and because it shows a progression of How & Nosm’s style since they last visited the streets of LA.

Check out the pictures below for a peek at the project’s current progress and don’t forget to check back in for a final look once the mural is completed. 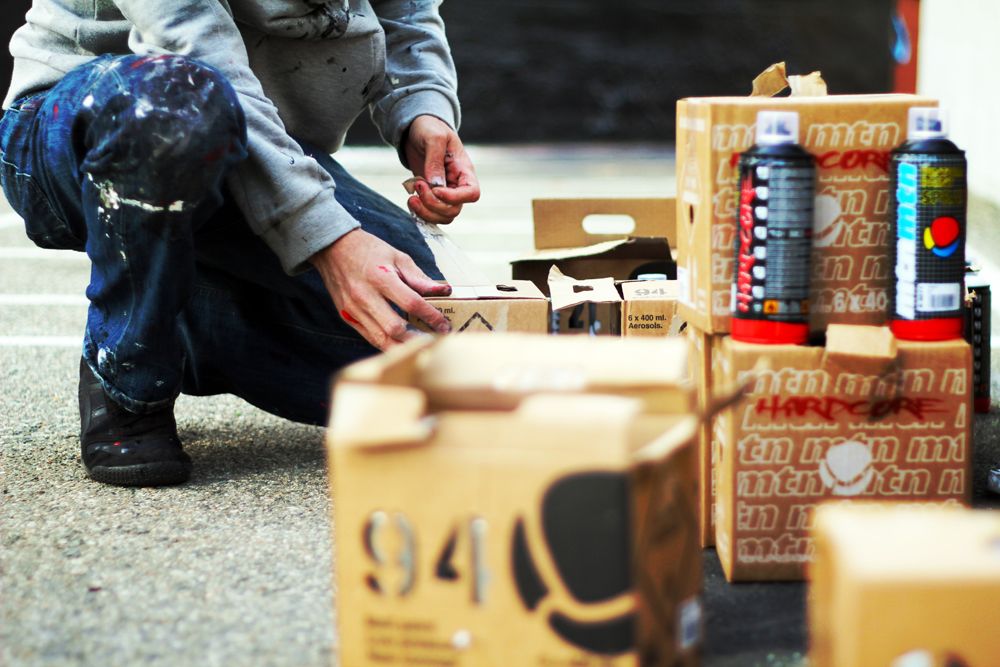 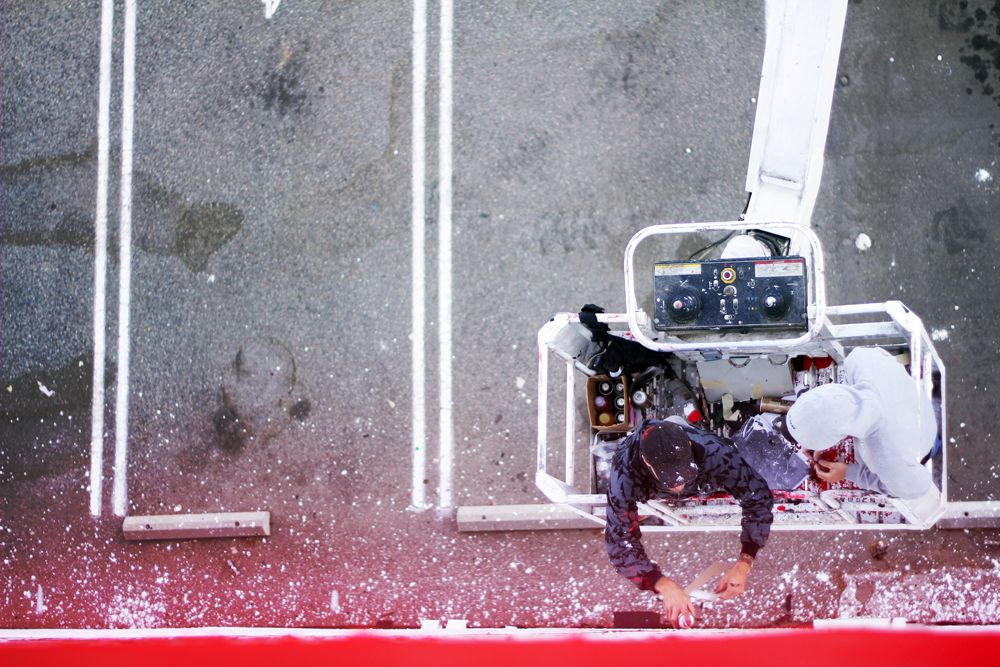 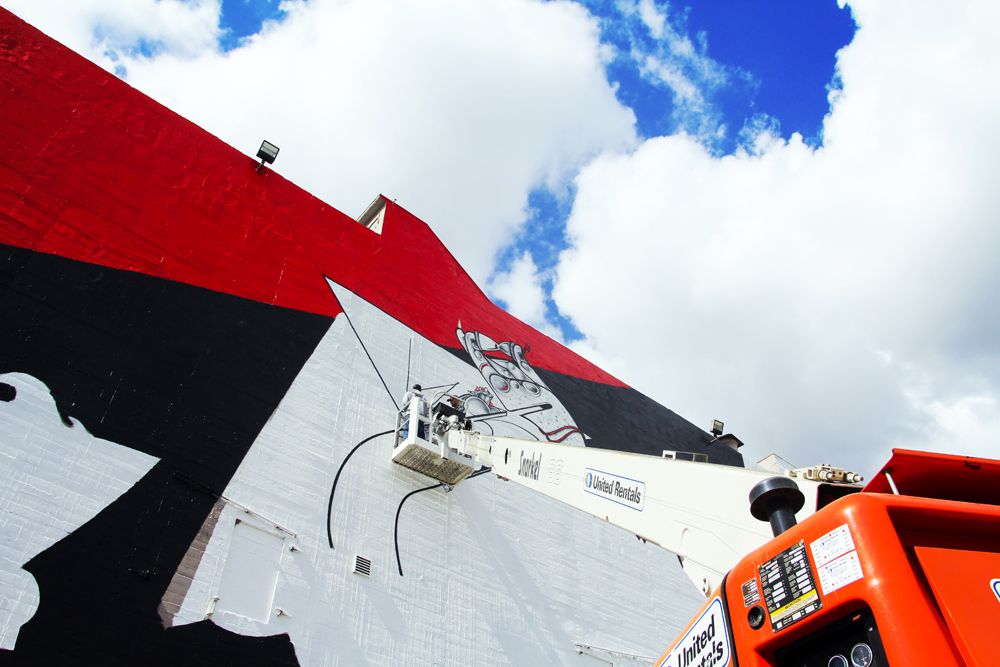 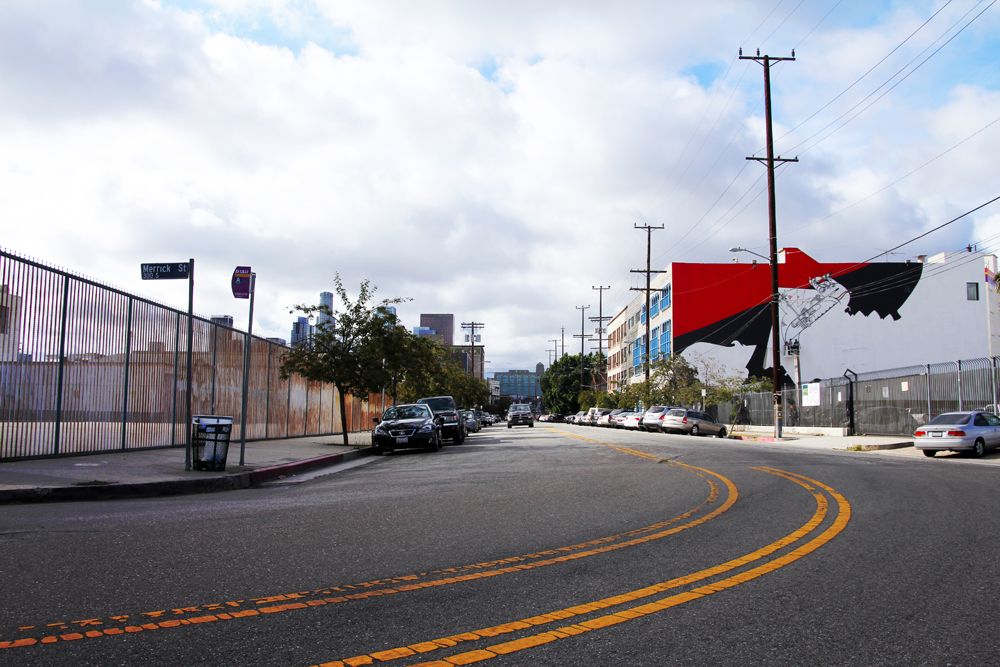 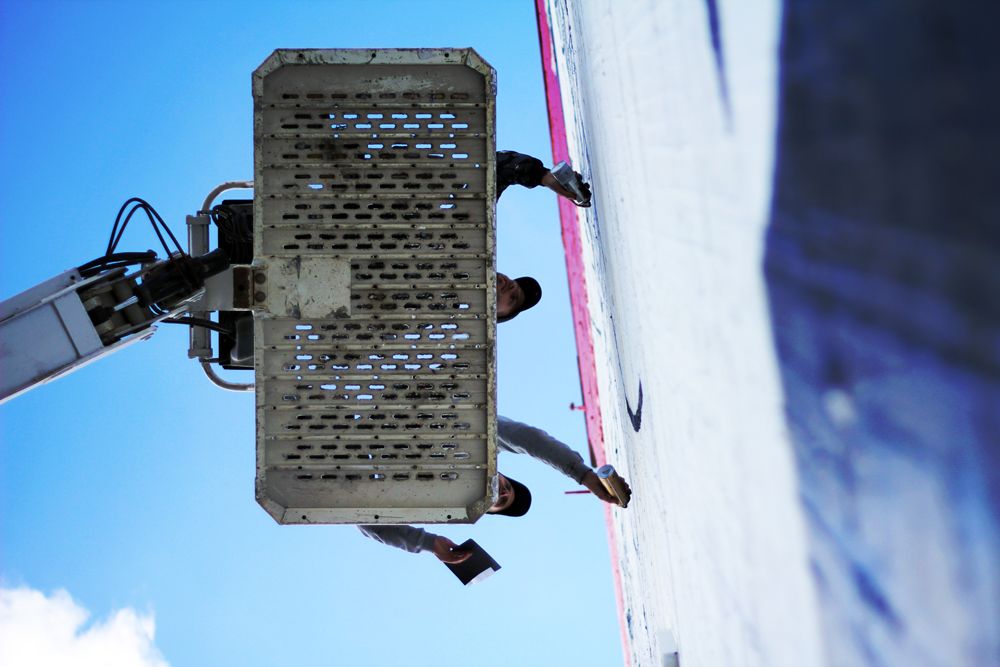 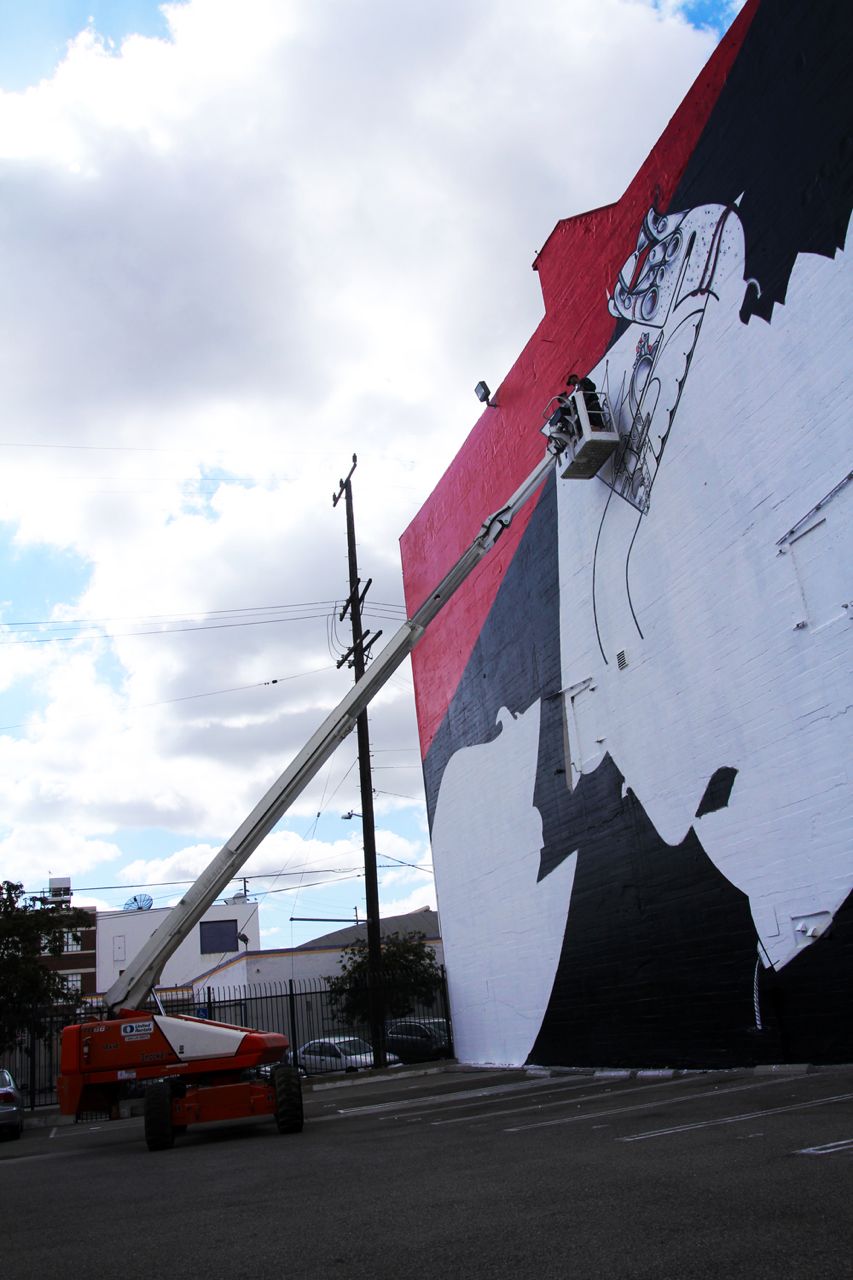 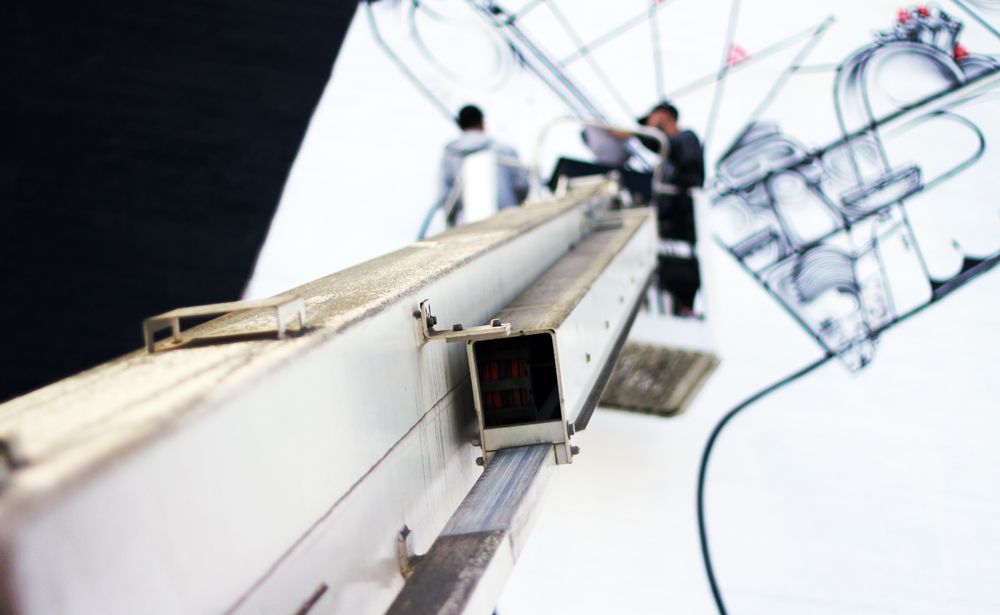