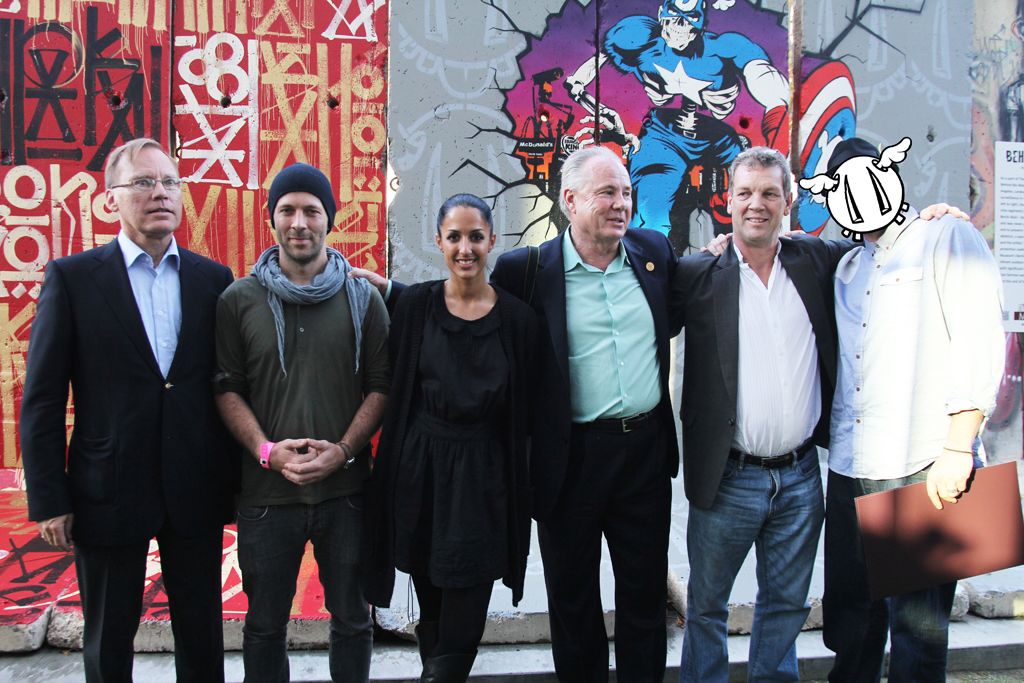 Last Sunday, the Wende Museum officially unveiled to the public its Behind The Berlin Wall project which featured Herakut, D*Face’s (interviewed), and RETNA (featured) painting one side (the East Berlin section) with their murals. The Wende Museum, spearheaded by Justin Jampol, is a collections-based education institute which preserves Cold War artifacts and which conceived of the Wall Project almost two years ago to the date. During this time, the organization brought ten original Berlin Wall segments to the city of Los Angeles and had them installed at 5900 Wilshire Blvd. Now two years later, the project continues to evolve and attempts to bridge the gap between past and present by having these current street and graffiti artists leaving their creative mark on this historical wall. The special reception had the city give each of the artists a special certificate recognizing their work and their involvement in this project.

Take a look at the pictures after the jump for a closer look at the special event and also for a final look at the mural which is open to the public. 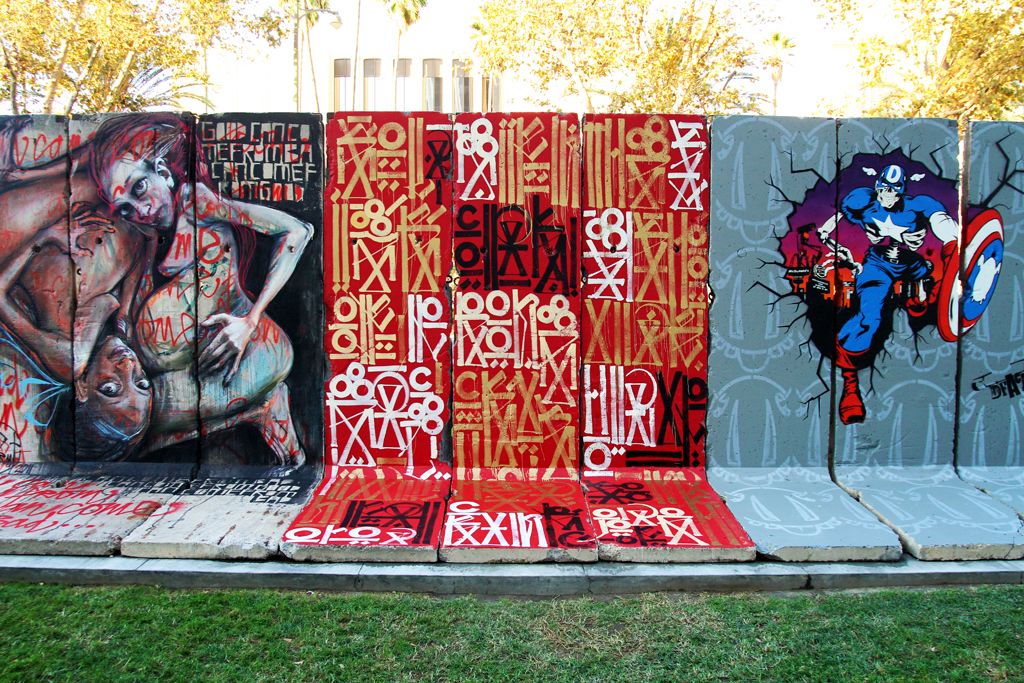 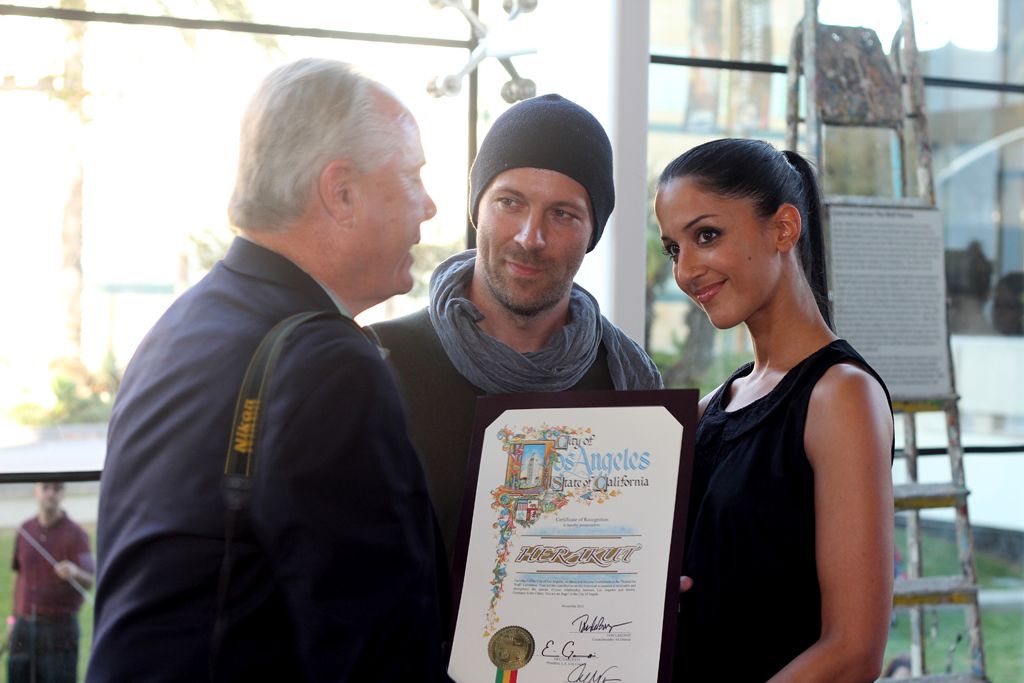 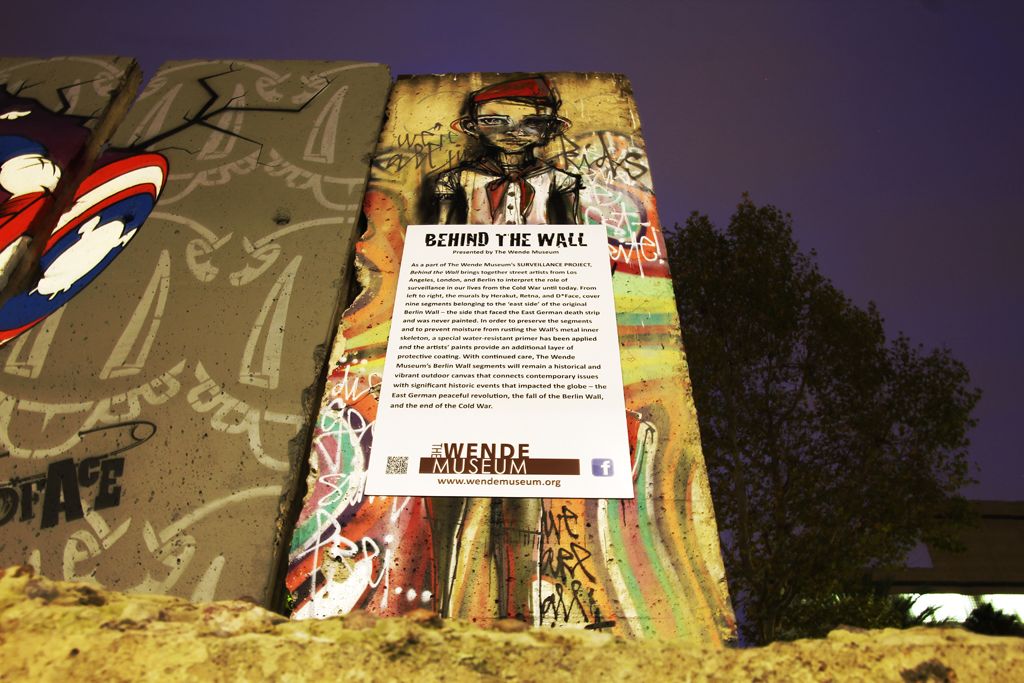 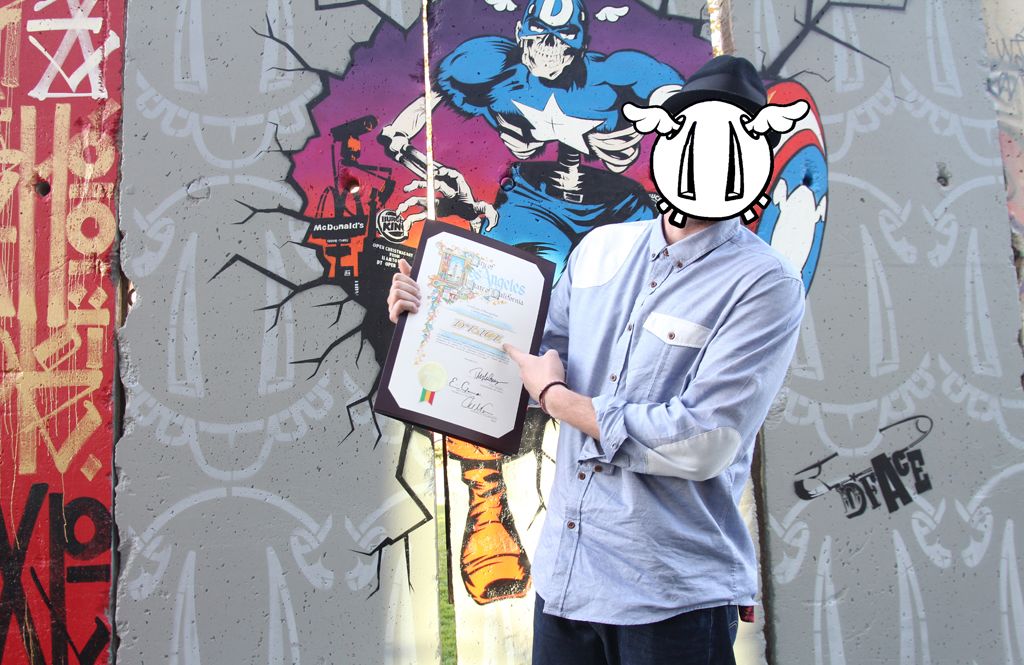 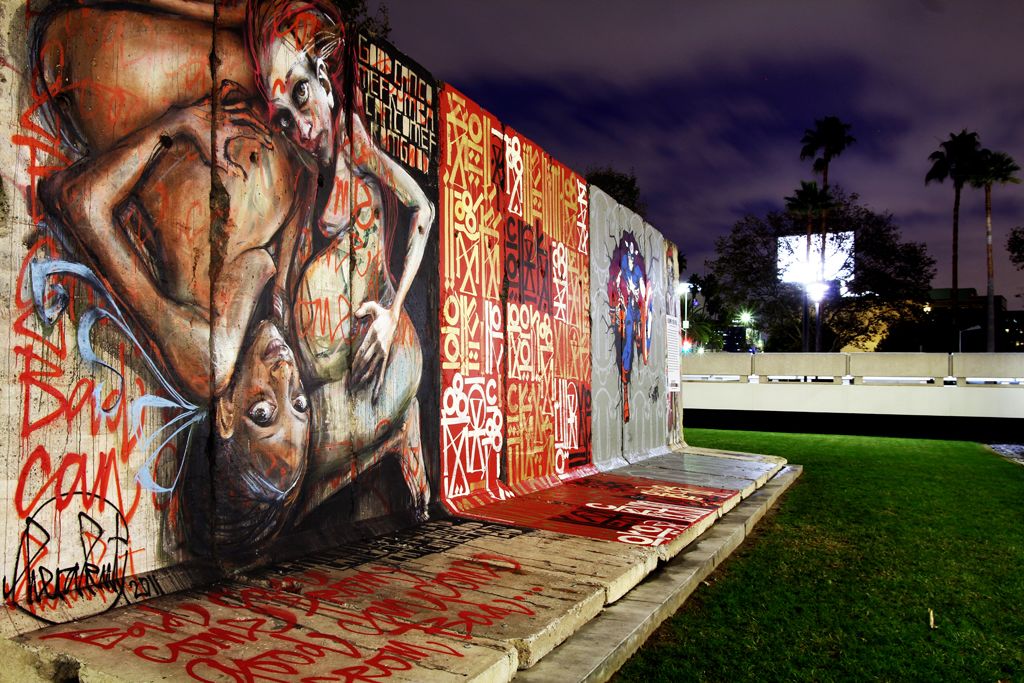 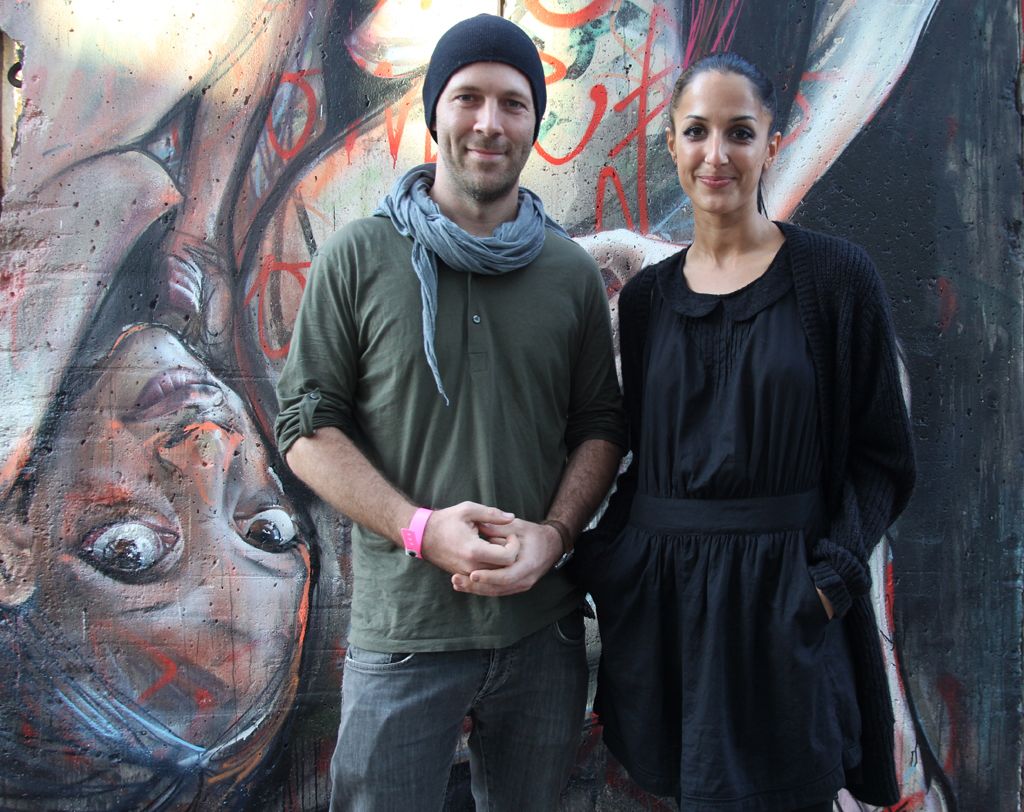 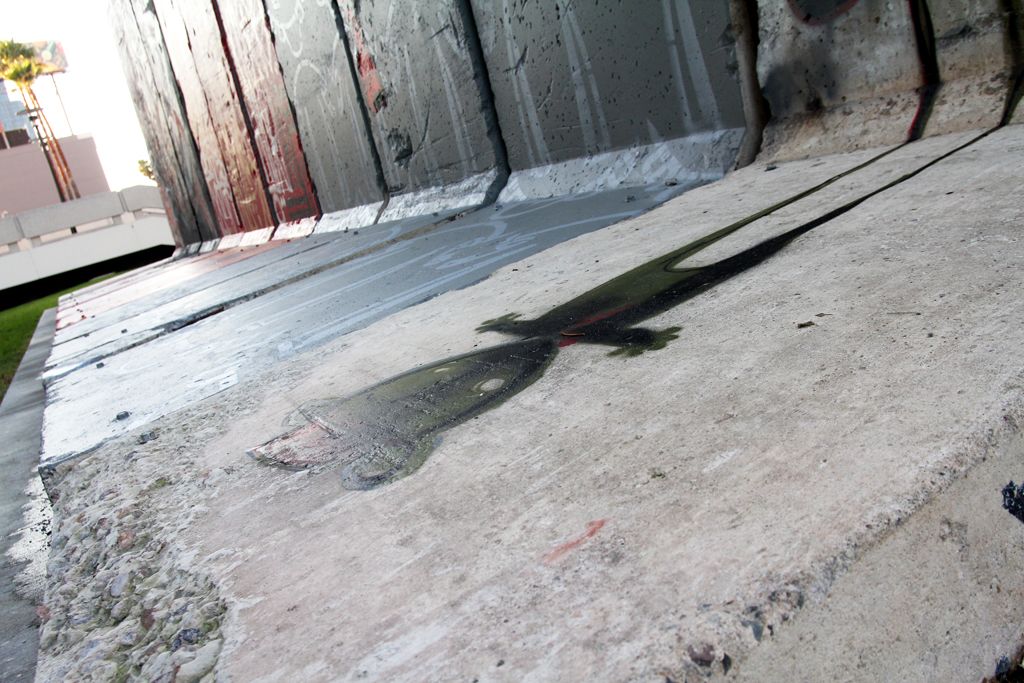