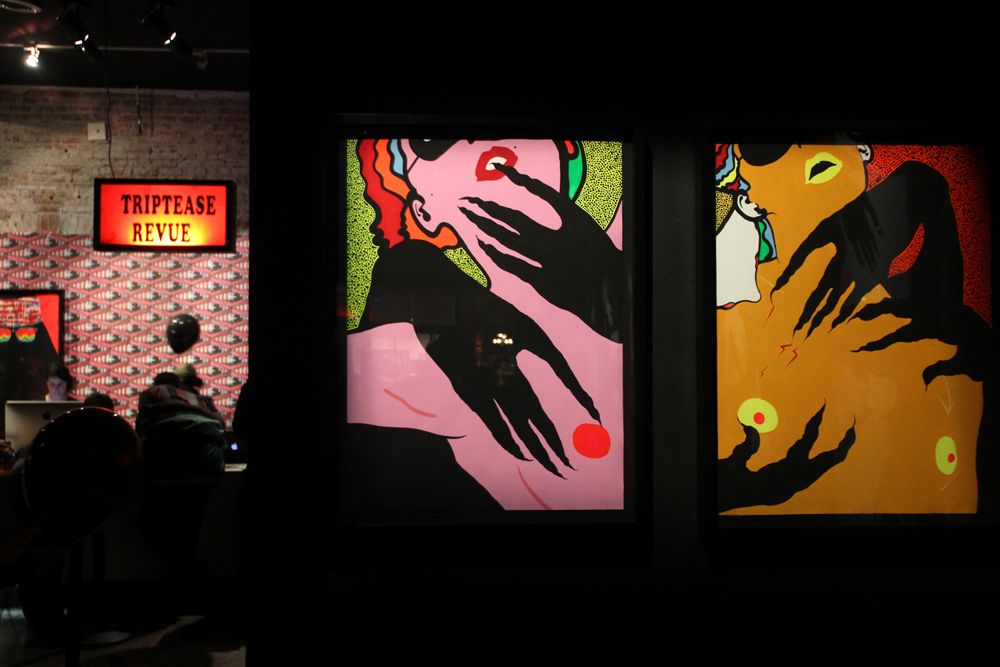 Just a few days ago, Paul Insect debuted his first major U.S. solo exhibition at Venice’s Post No Bills gallery. Featuring a vast array of original art on paper as well as exclusive limited edition prints, the show illustrated the street artist’s many different talents and interests. His artwork covered every wall of the gallery and it almost seemed like the wall space was not enough. Fusing various themes ranging from voyeurism to politics, Insect decided to make this show as memorable as possible and it was clear from start that he wanted people to explore his mindset and all the various ideas that influence his current work. Among some of the show’s highlights included an installation featuring an enclosed box filled with holes in which one could peep through and watch a visual montage mixing footage of the UK-based artist and risque adult content. Other highlights included rare  musical sheets painted over with his illustrations and head-like designs which often gave the original source an interesting and ironic twist.

The gallery’s main floor was split into two sections, one including a large collection of characters whose gaze and smiles are the only human components seen under a veil of pastel and dark colors. The other half of the room featured a wall covered by limited edition prints once again focusing on such themes as voyeurism, sex, and similar subject matter. During the opening, special invites signed by the artist and created using a late 1800’s print machine were handed out to the first 20 visitors. 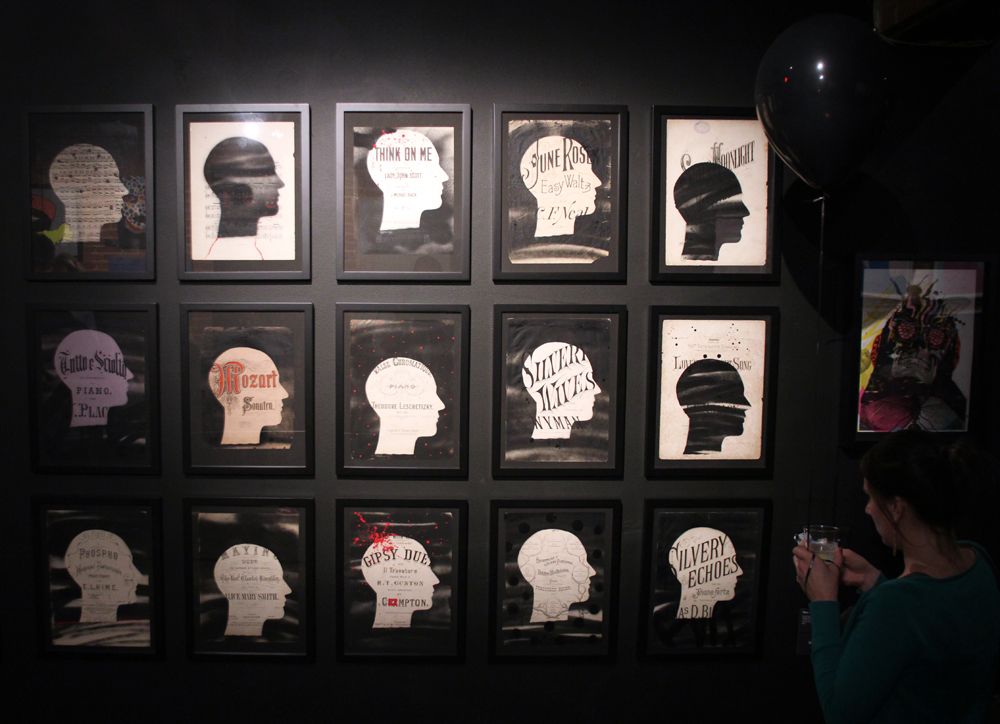 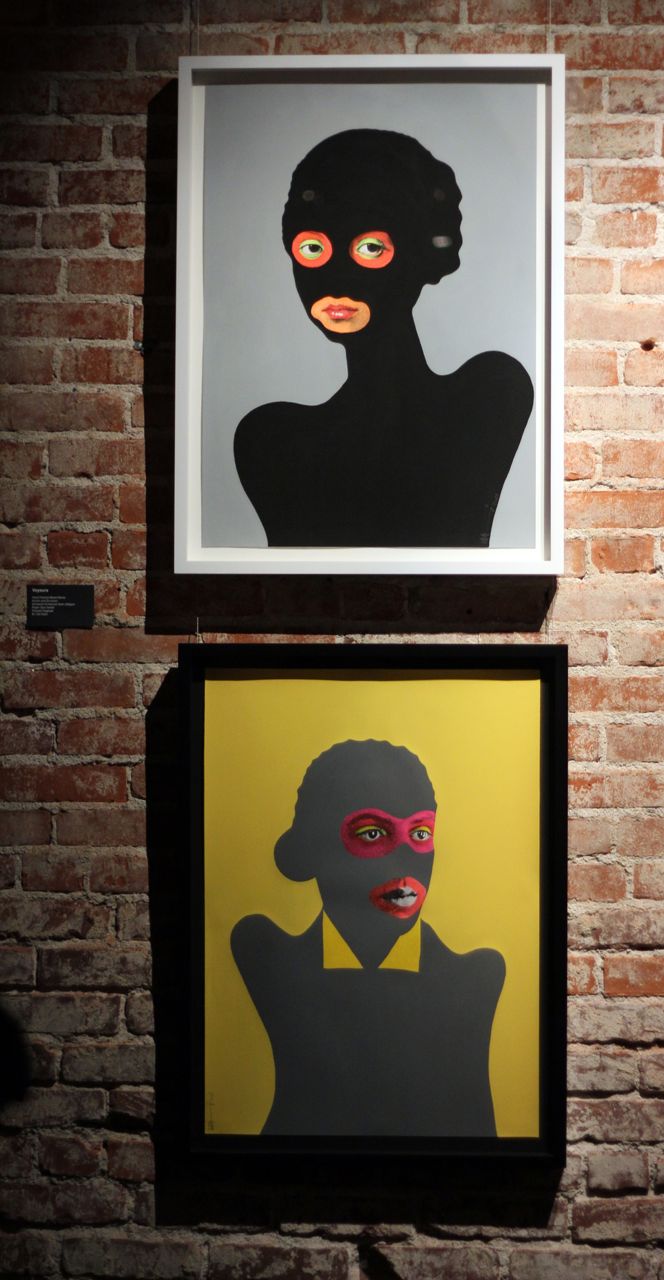 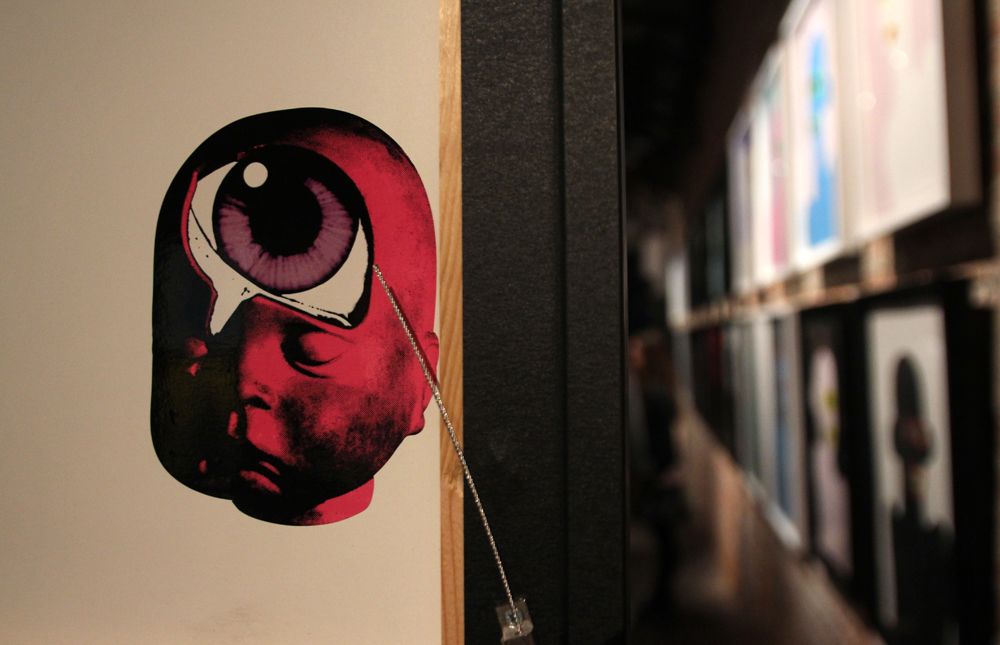 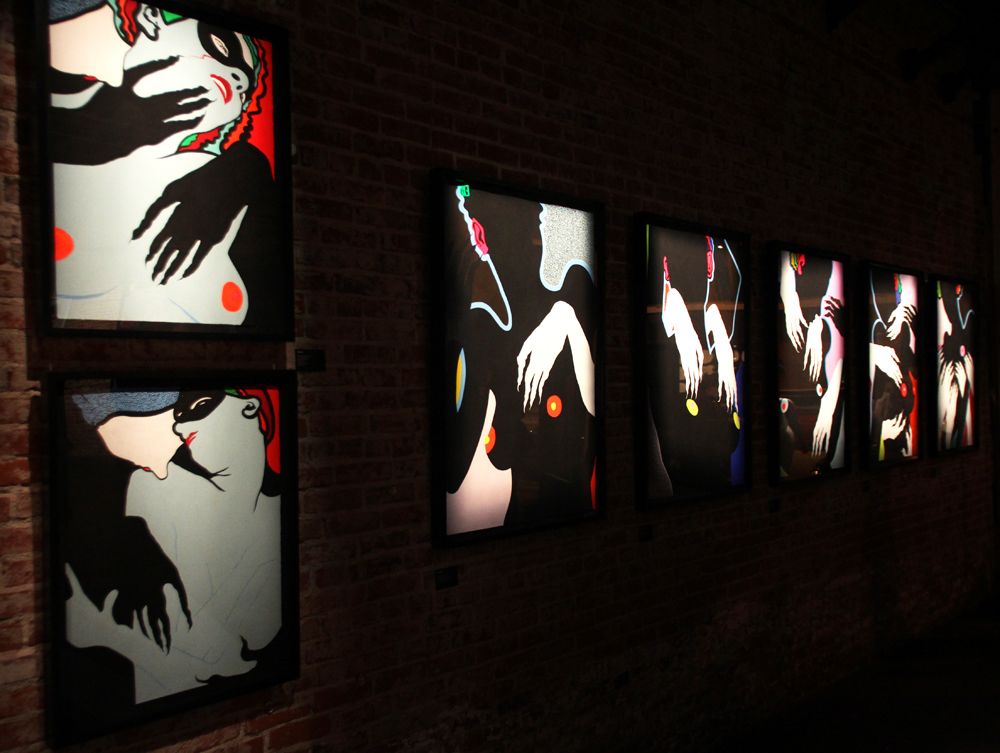 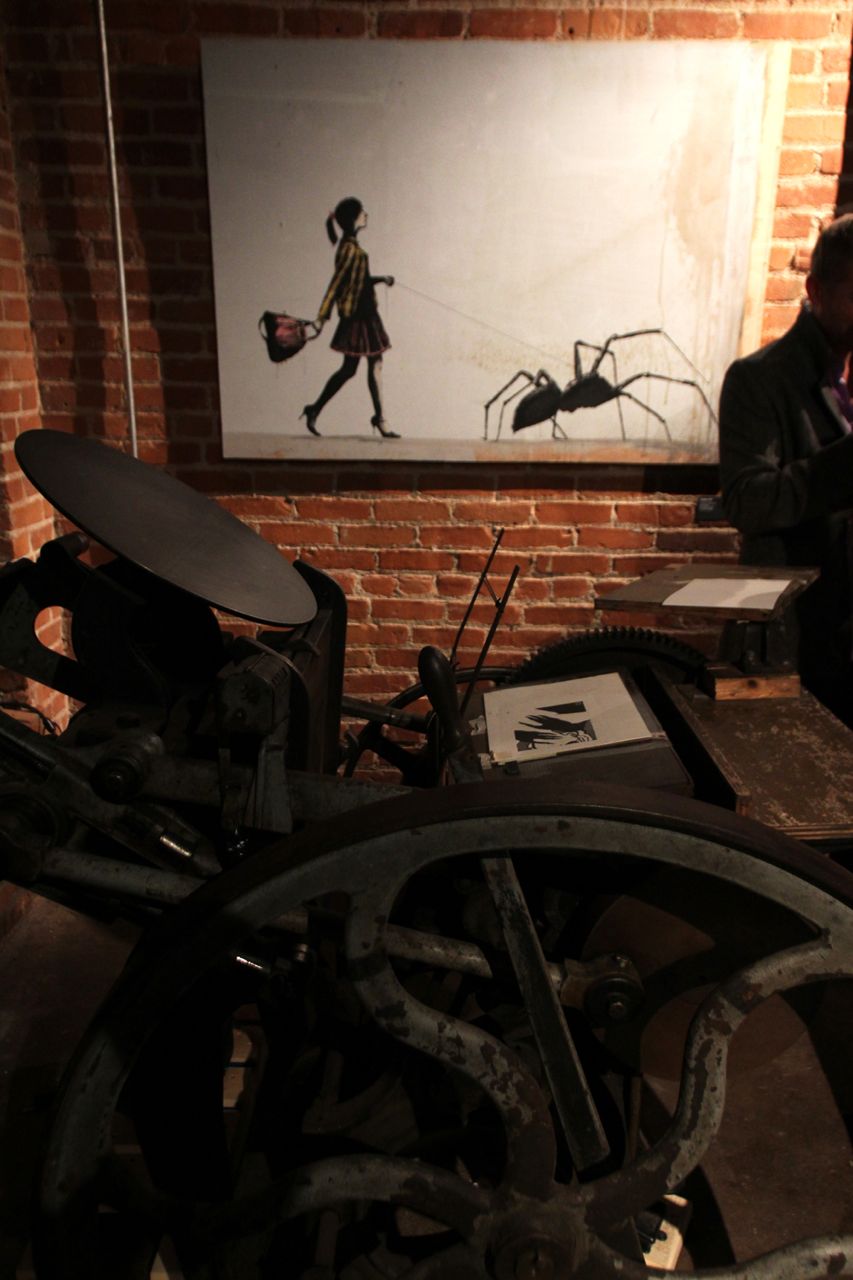 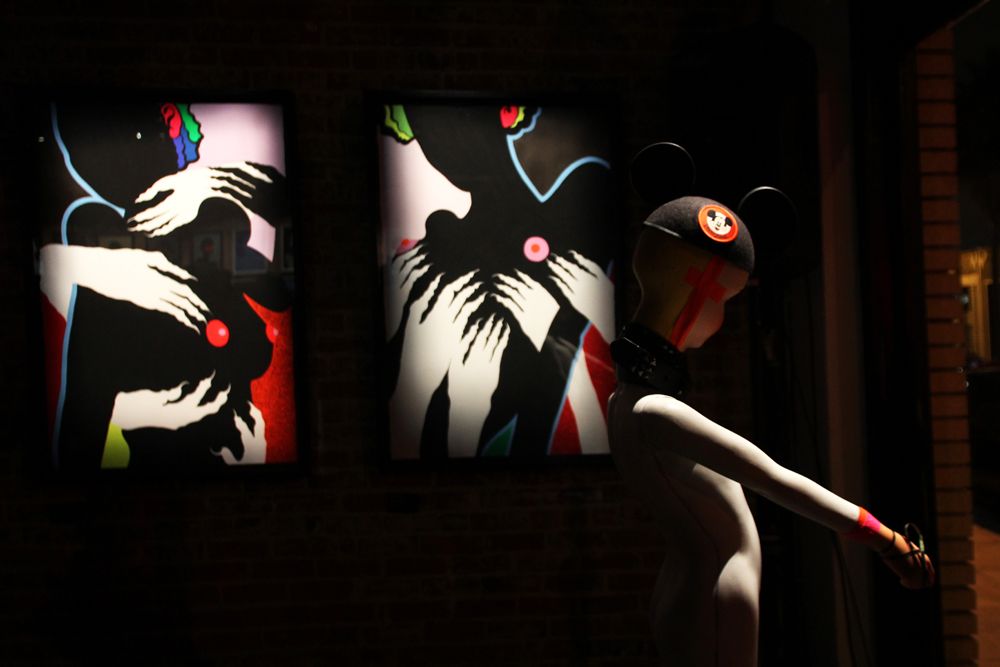 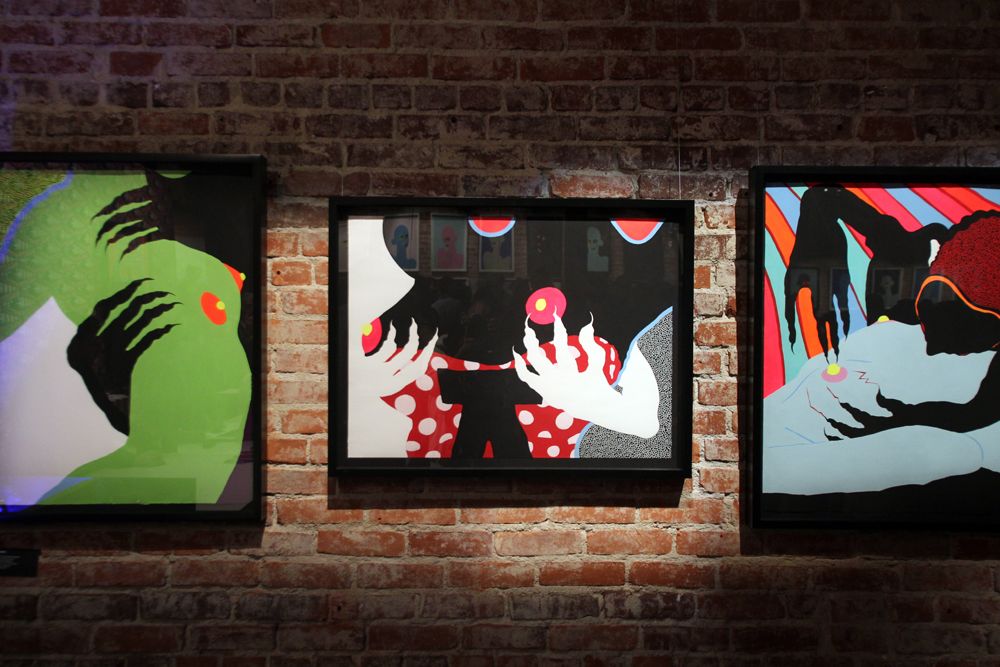 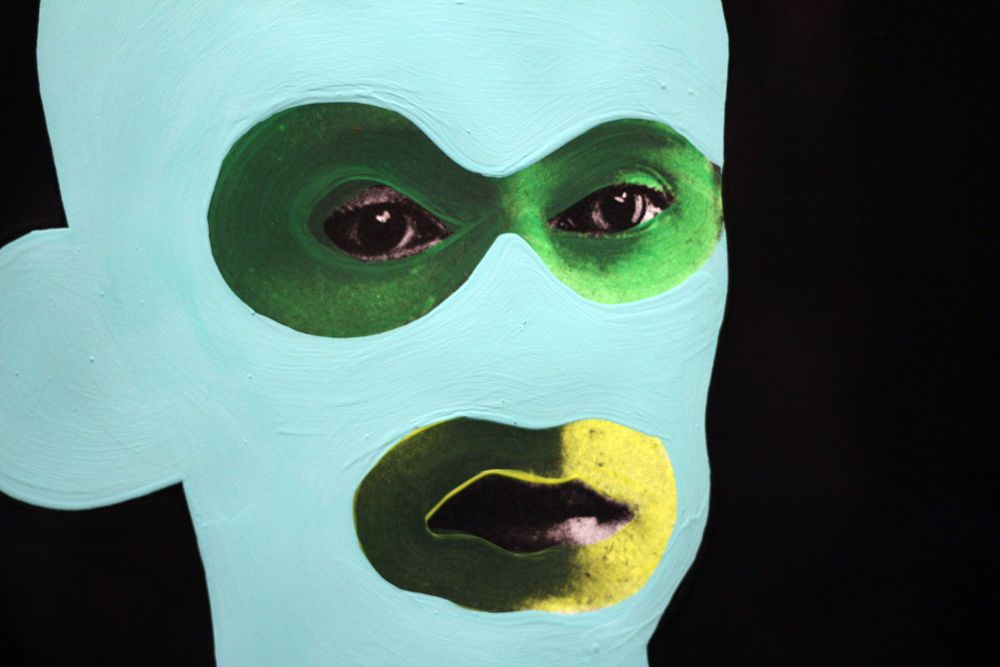 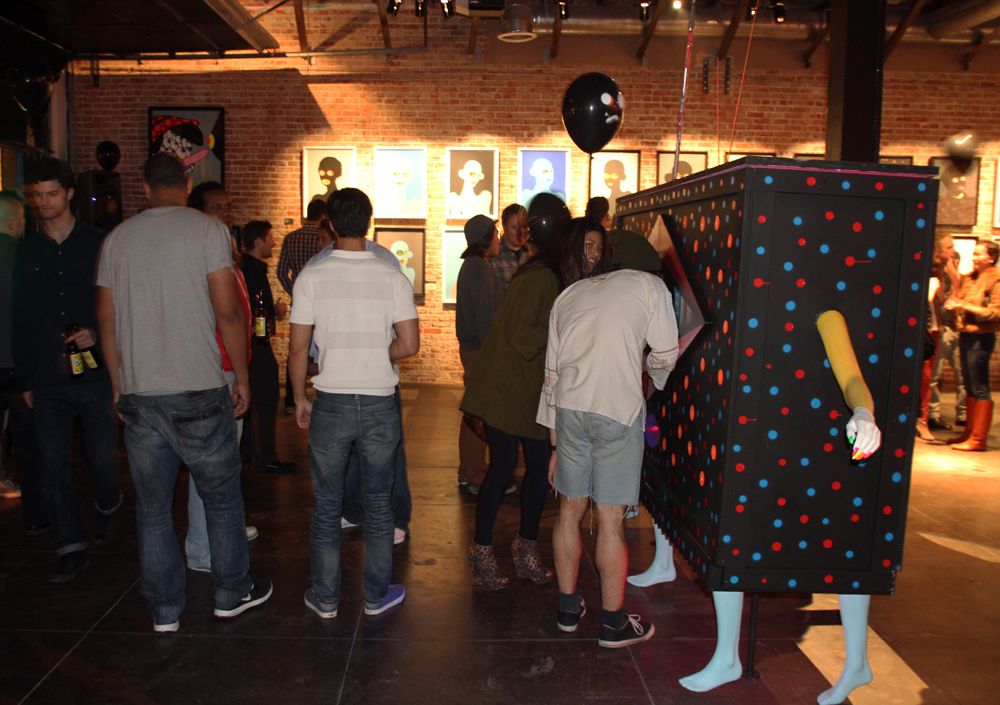 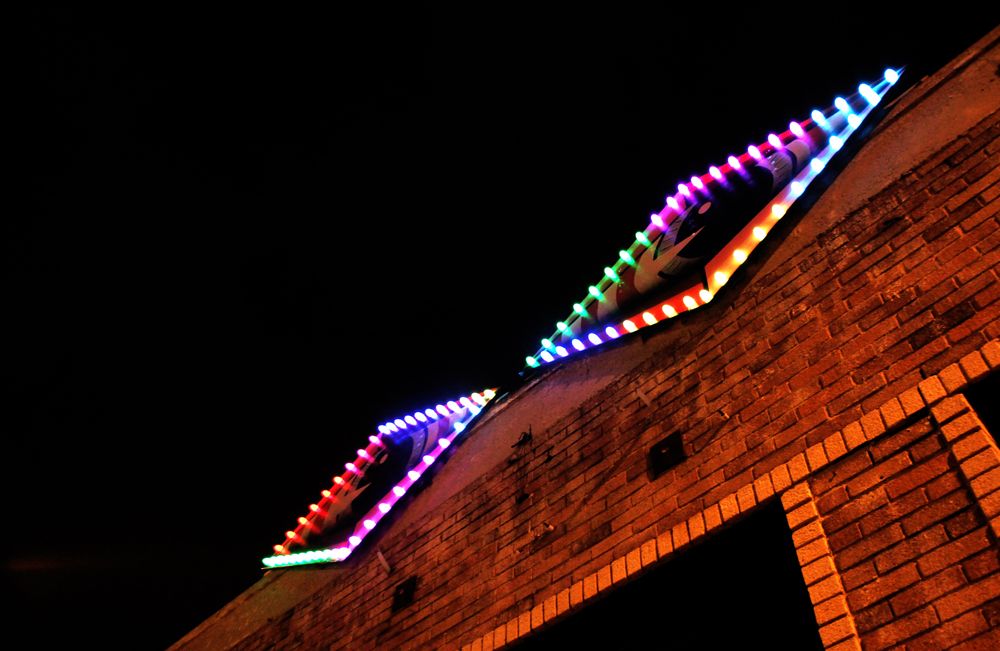