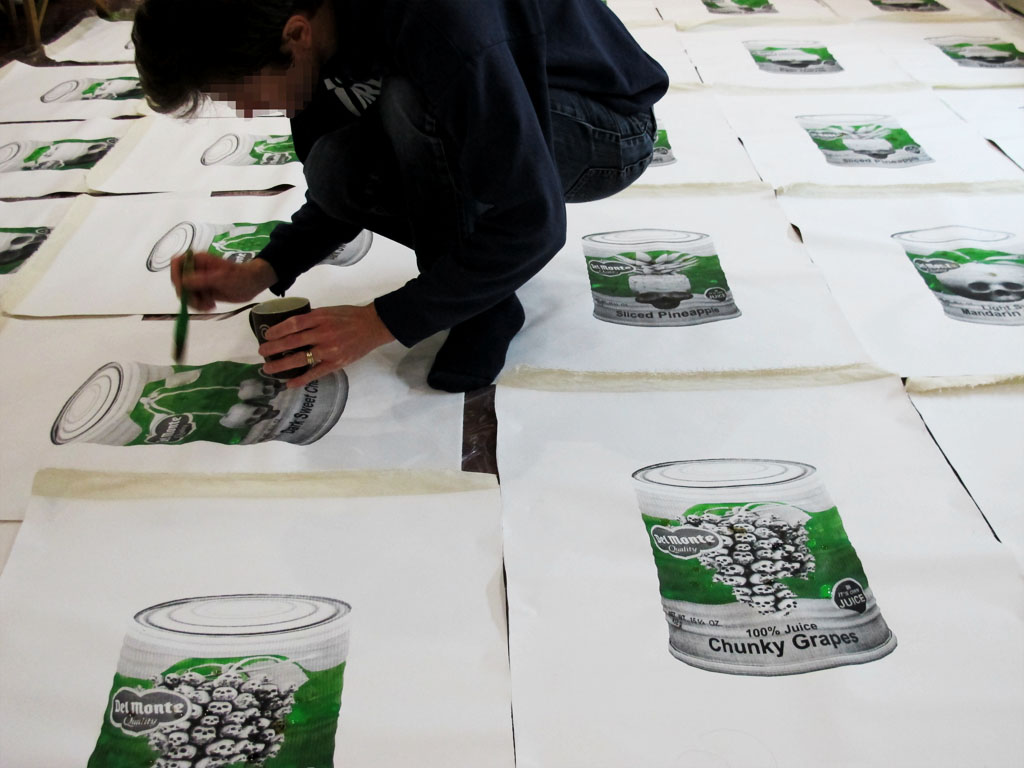 With his debut gallery exhibition in the spring followed up by another solo in the summer, LUDO (interviewed) will be ending things on a high note with his third show of the year. Opening Saturday, November 26th, Super Discount will see the Paris-based street artist will bring his signature brand of green tinged work to The Garage in Amsterdam. For the first time, the artist will also produce some work on canvas, something he has thus far shied away from. Long fascinated with Warhol’s production methodology, the canvases will center around a series of screenprinted multiples, each hand-finished variations of the Del Monte can in a similar vein as the iconic Campbell’s soup can series. The can imagery has popped up in LUDO’s street work for quite some time, so it’ll be interesting to see him push the Warhol-inspired concept to the max indoors.

Check out a selection of preview images after the jump. 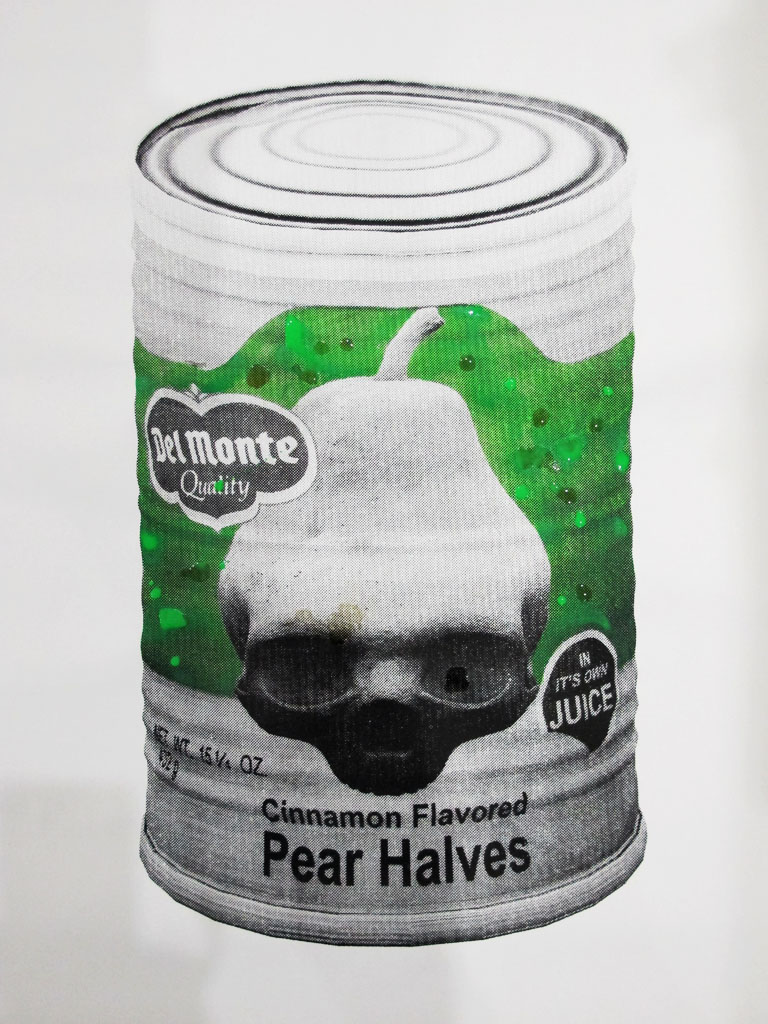 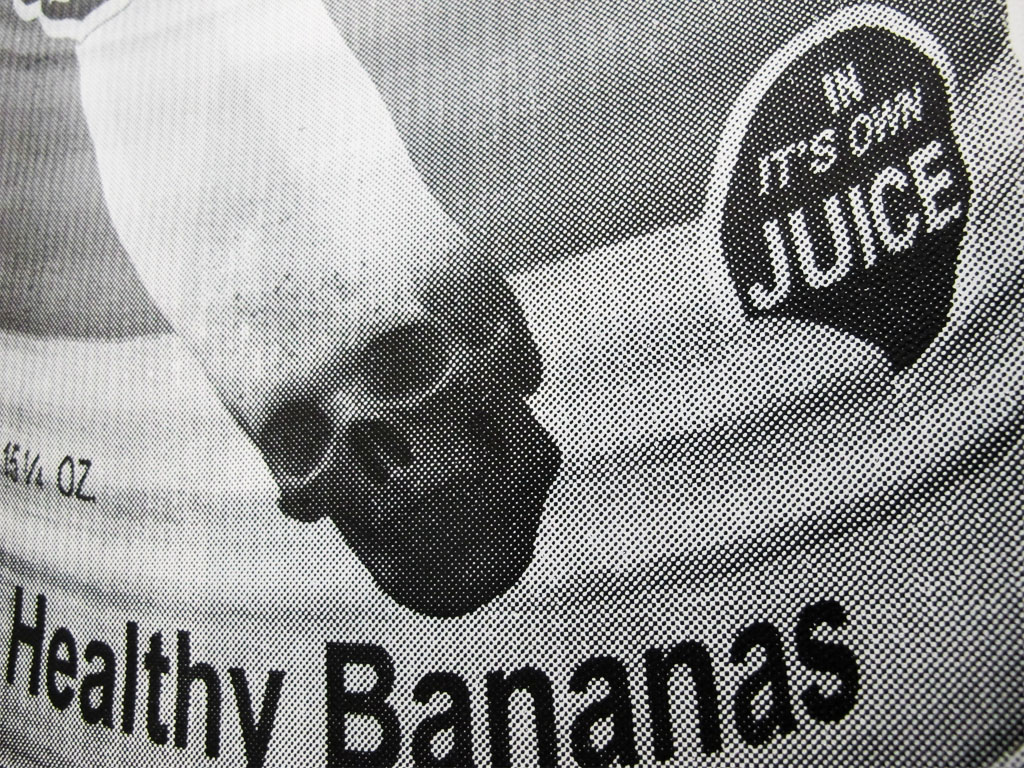 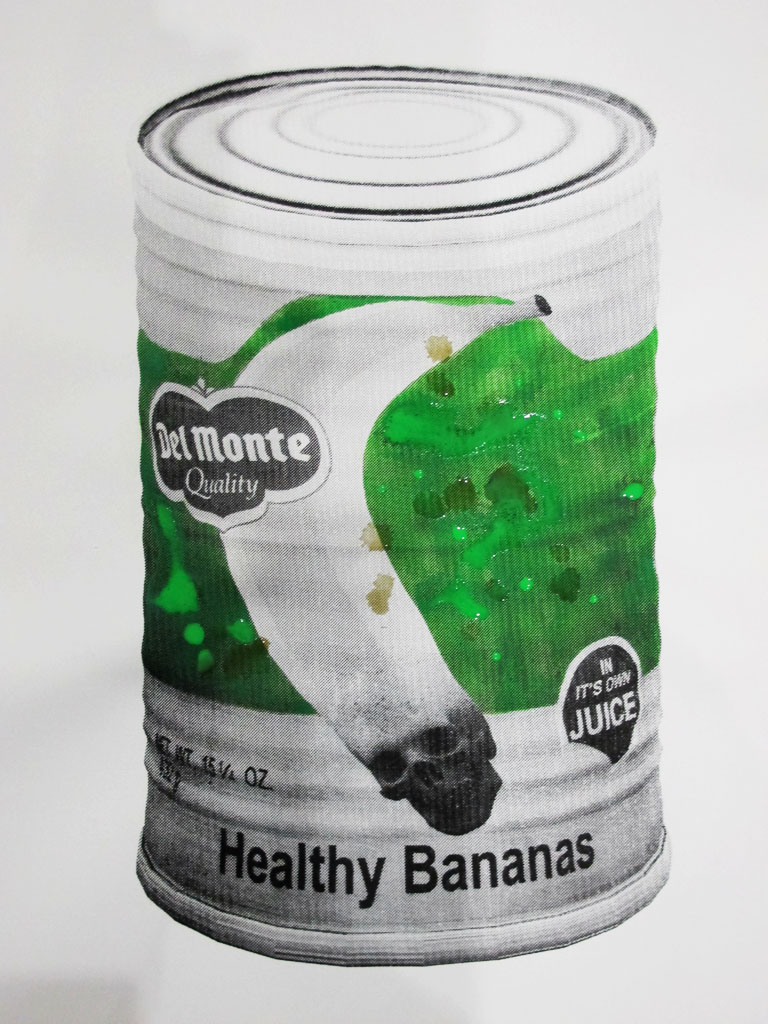 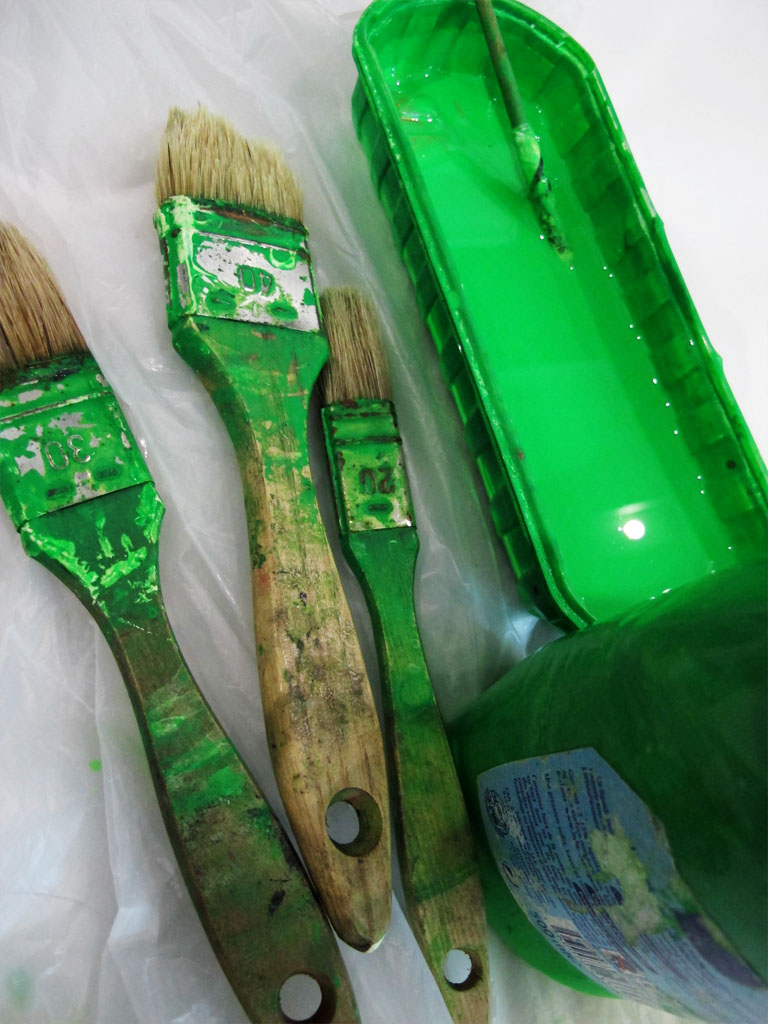 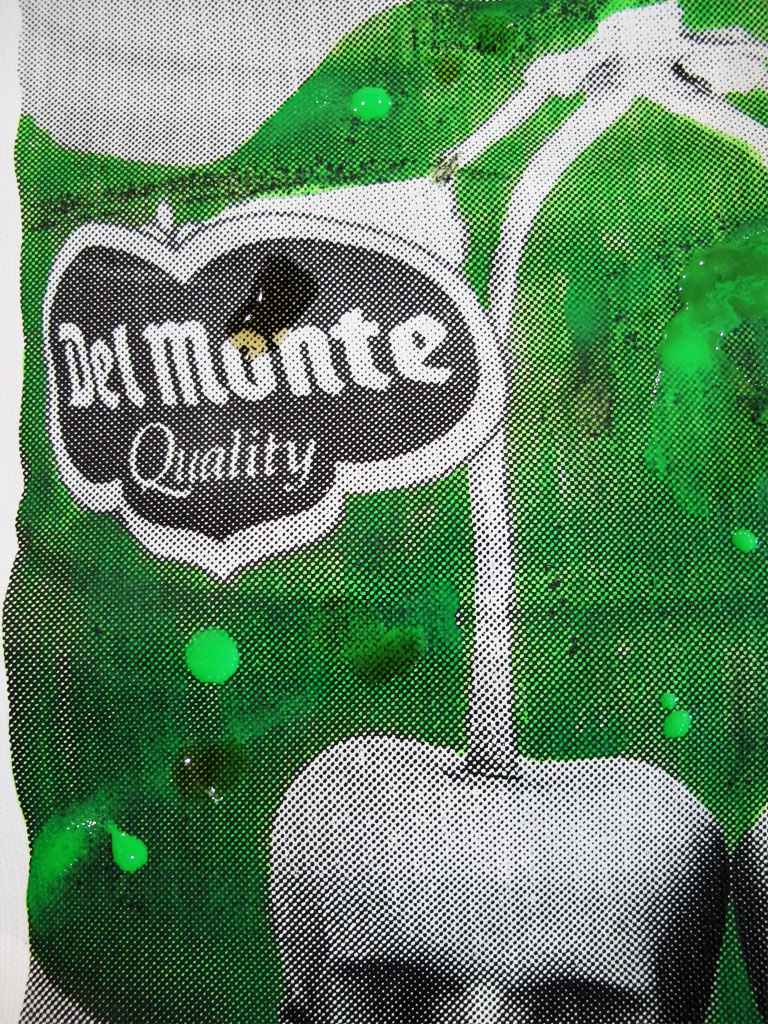