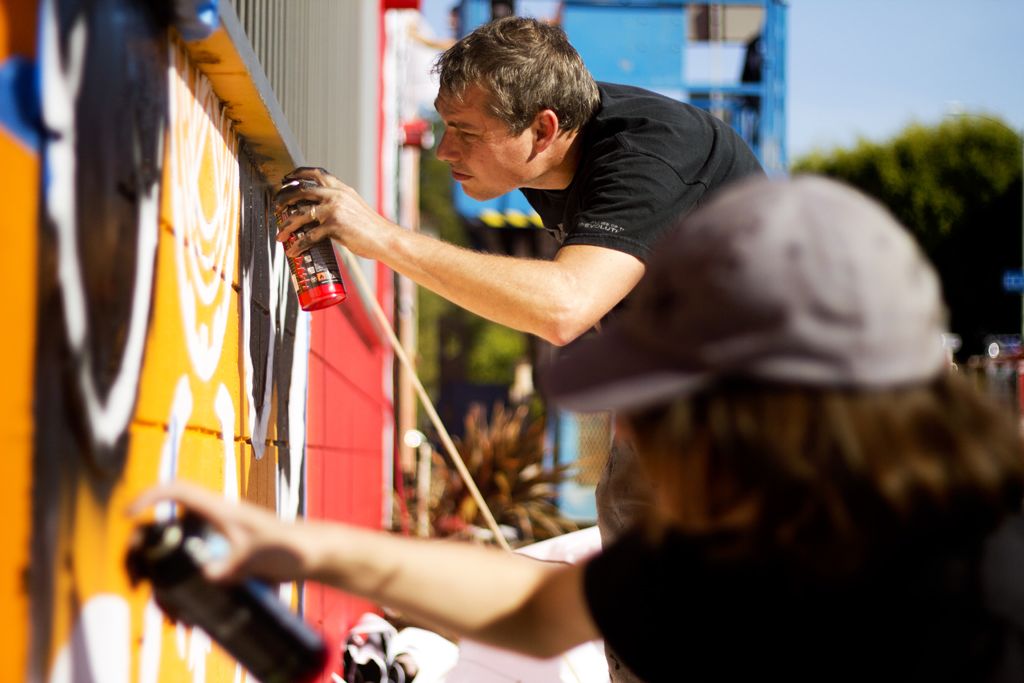 As we mentioned earlier today, the MK2 Projects District La Brea group show will be opening tomorrow night. In association with the show, a mural will be created by Shepard Fairey (featured) on the former Continental Graphic’s building. AM stopped to catch the progress of Mr. Obey and his crew as they started work on the 30 foot high mural. 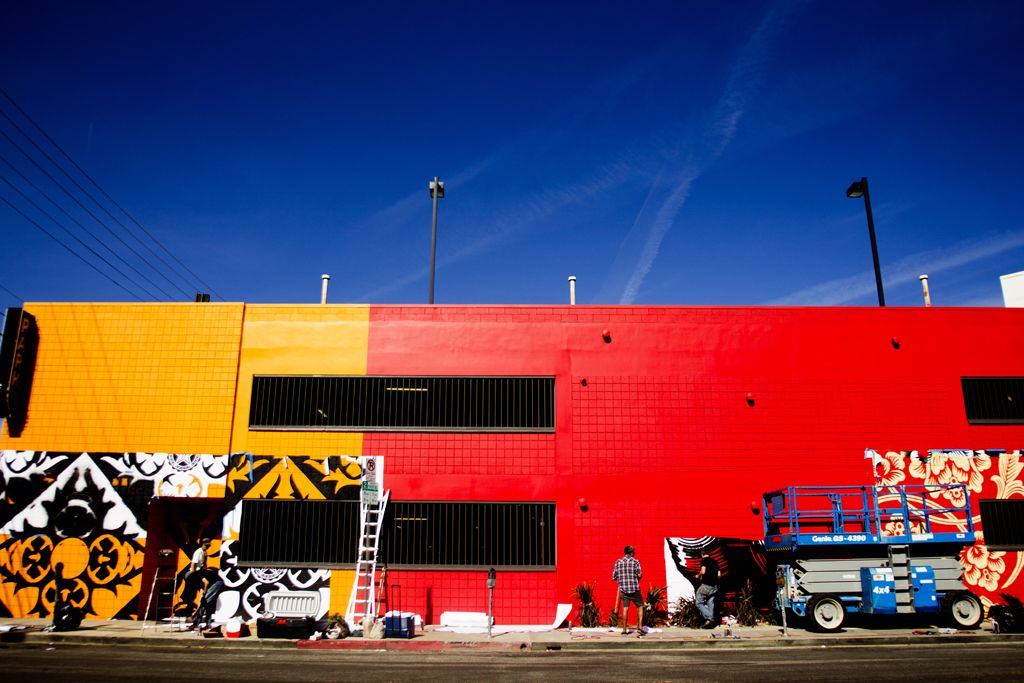 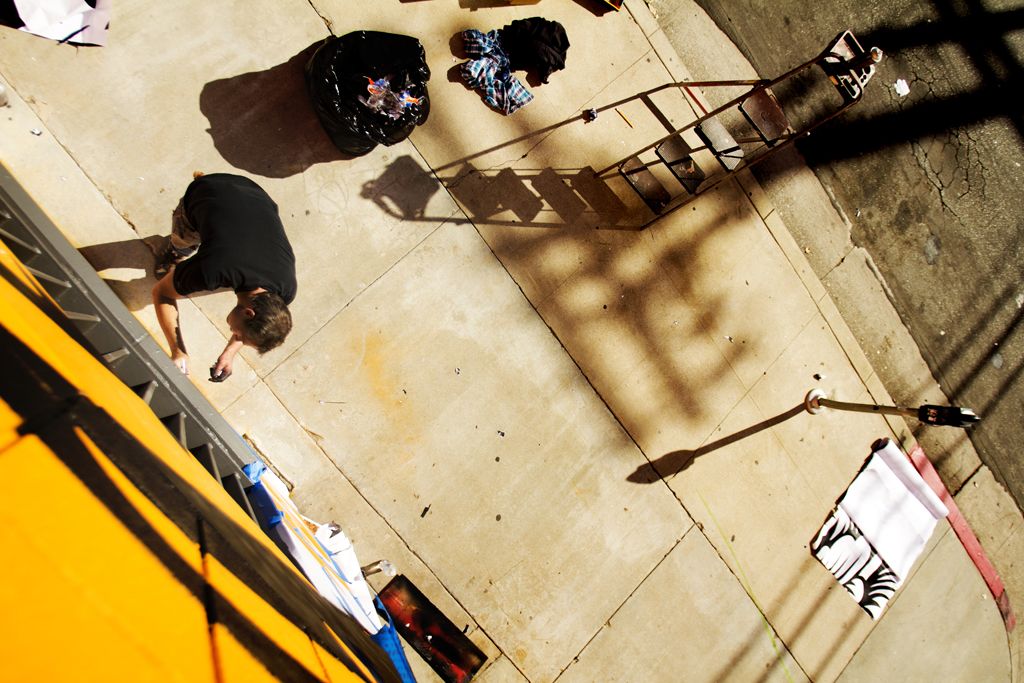 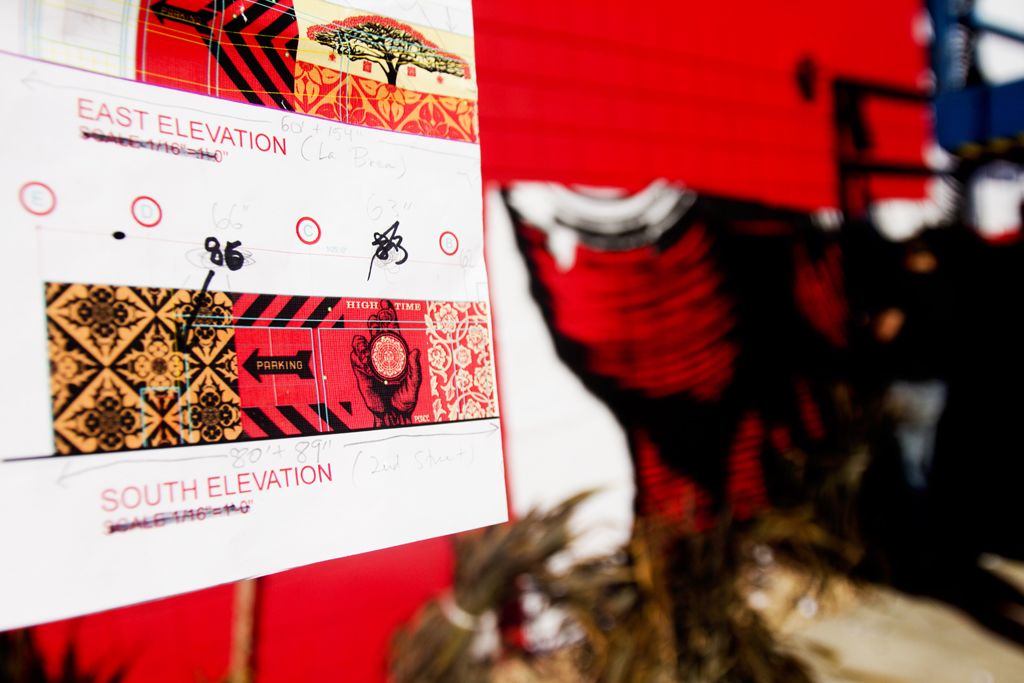 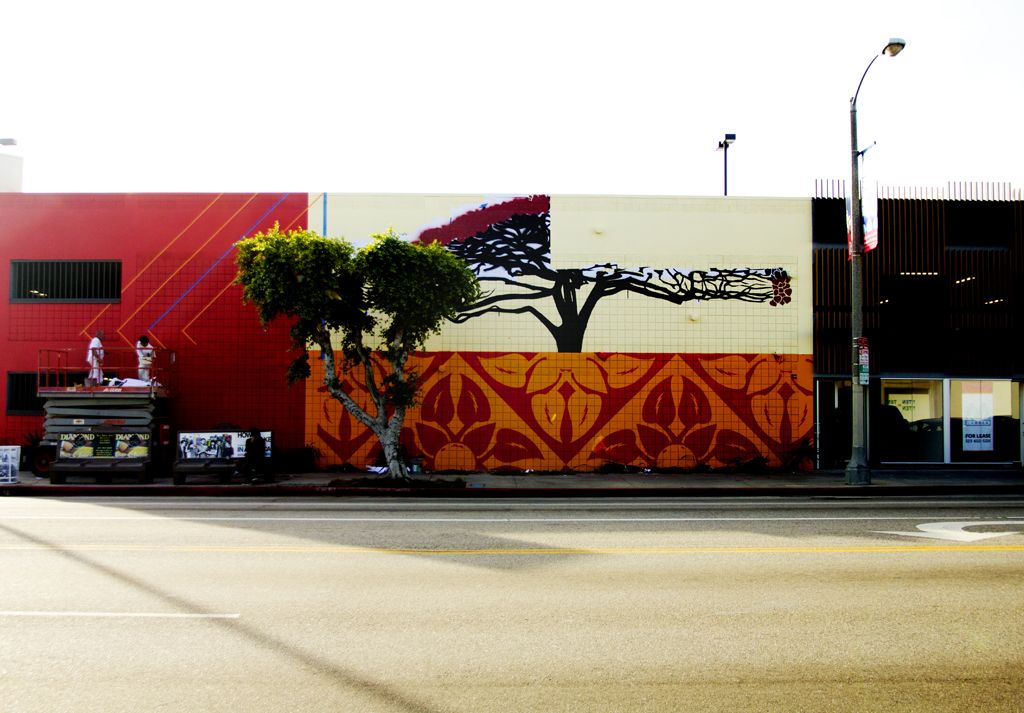 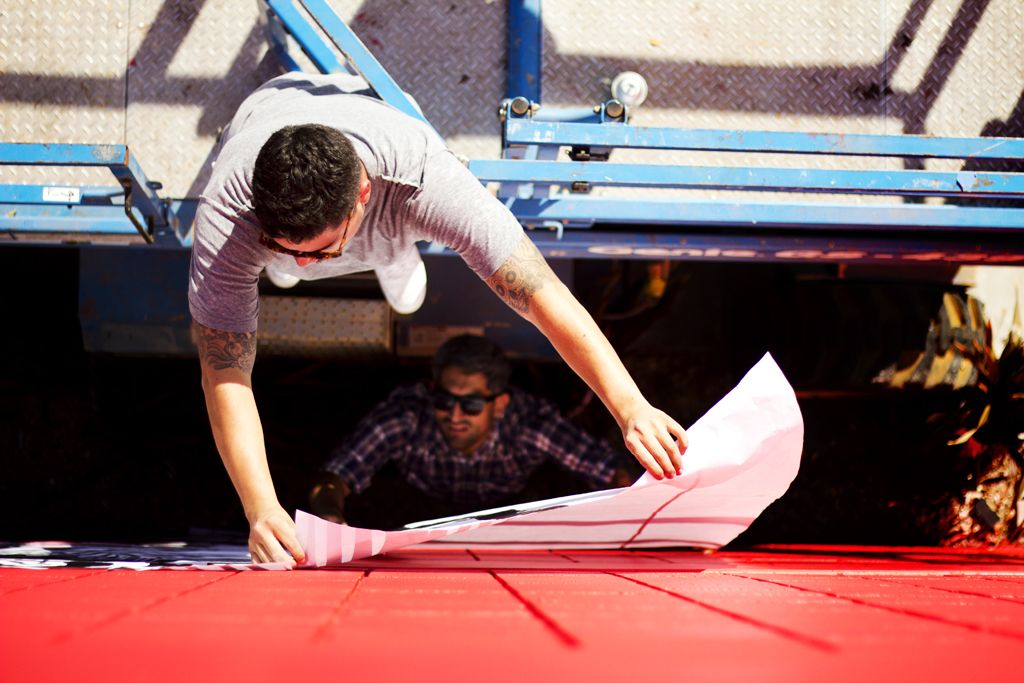 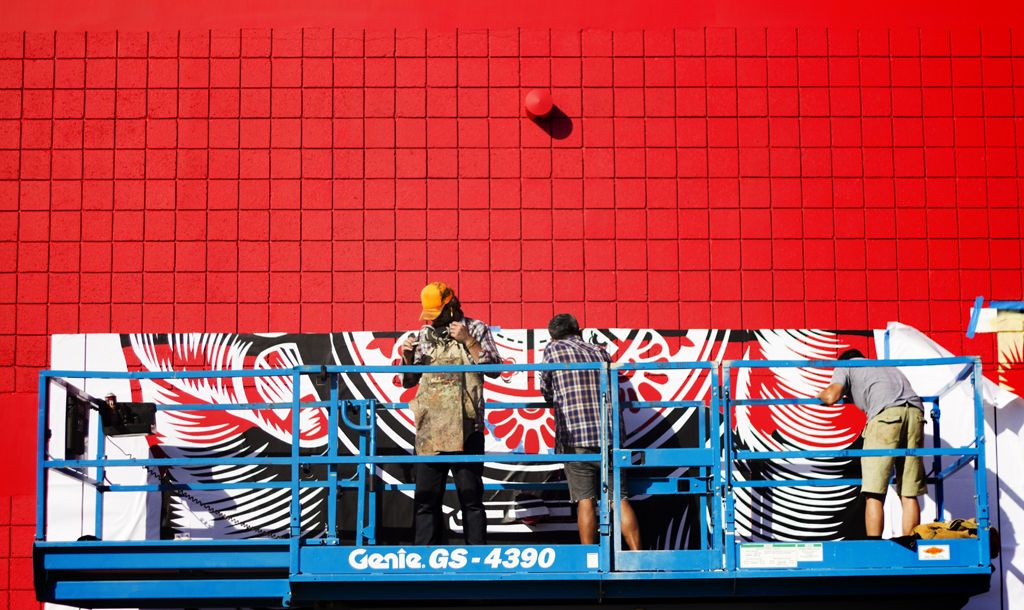 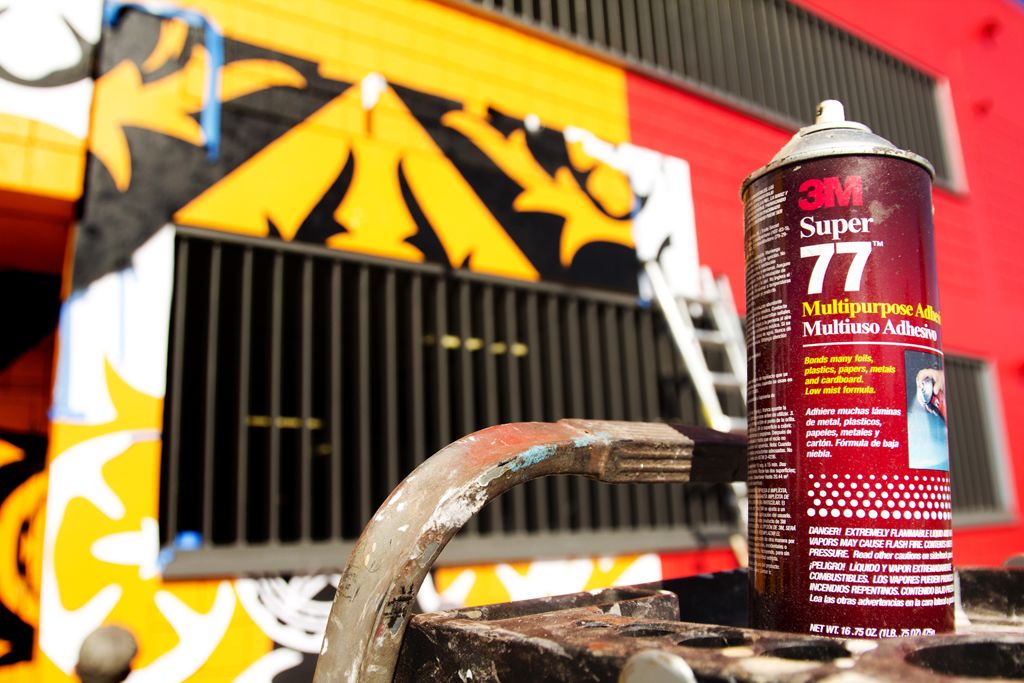