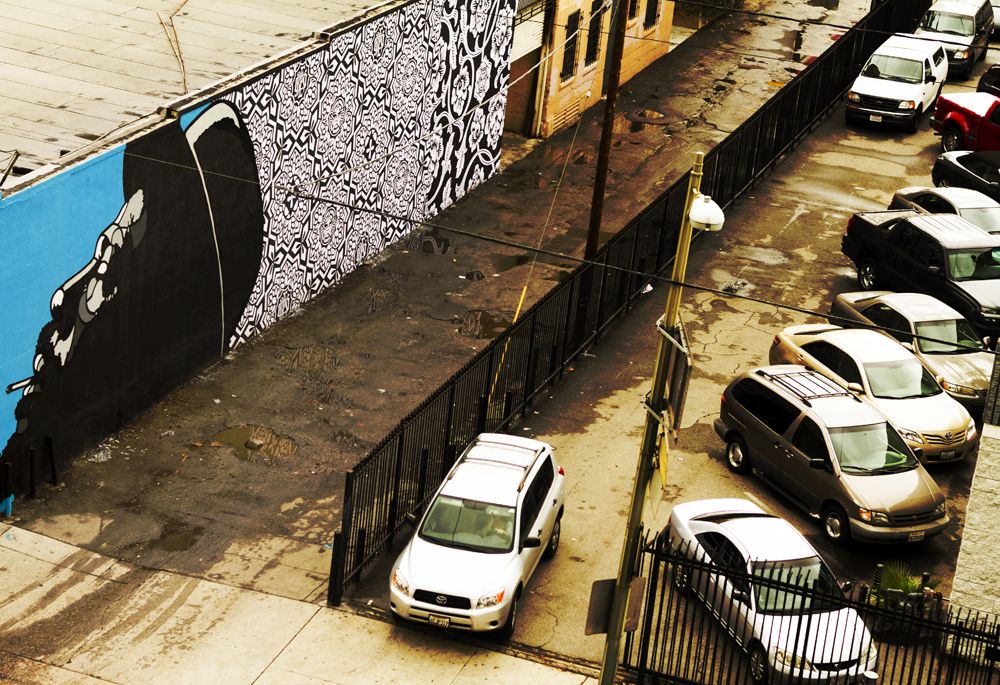 David Flores and Shepard Fairey (featured) continue to go big as they have now collaborated on a new piece standing in the midst of Downtown Los Angeles. Covering an entire wall, the mural is a combination of Flores’ unique design on one side and on the other, Fairey’s black and white iconography. Over the past few months, the two artists have continued their prolific pace, much of which we have captured including Flores’ rendition of Phil Stern’s James Dean photograph and his reworking of a Jean Michel Basquiat photograph along with Shep’s work at the ATP Festival as well as his mural work in Europe (Oslo & Copenhagen).

It seemed like sooner or later, the two were going to collaborate on a single project and as one can see, they both took advantage of the opportunity. Standing near the intersection of Grand Av. And 17th, the wall features a reworking of an image of Thelonious Monk looking upwards towards the sky. The image is nicely balanced with a pattern of pasters featuring black and white lines and the now iconic Andre the Giant image which Fairey has been utilizing for years. 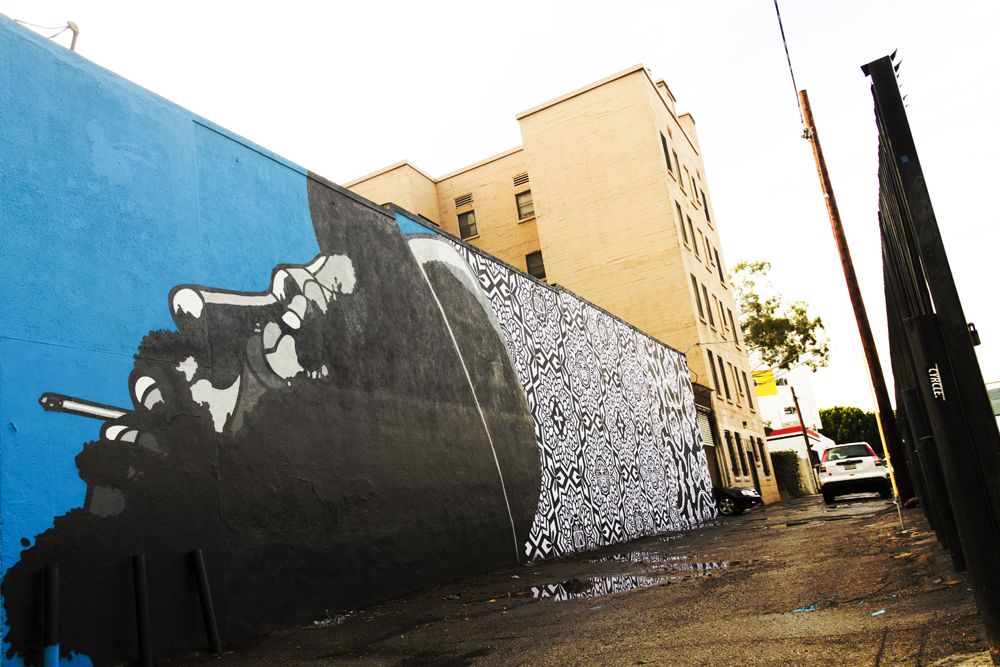 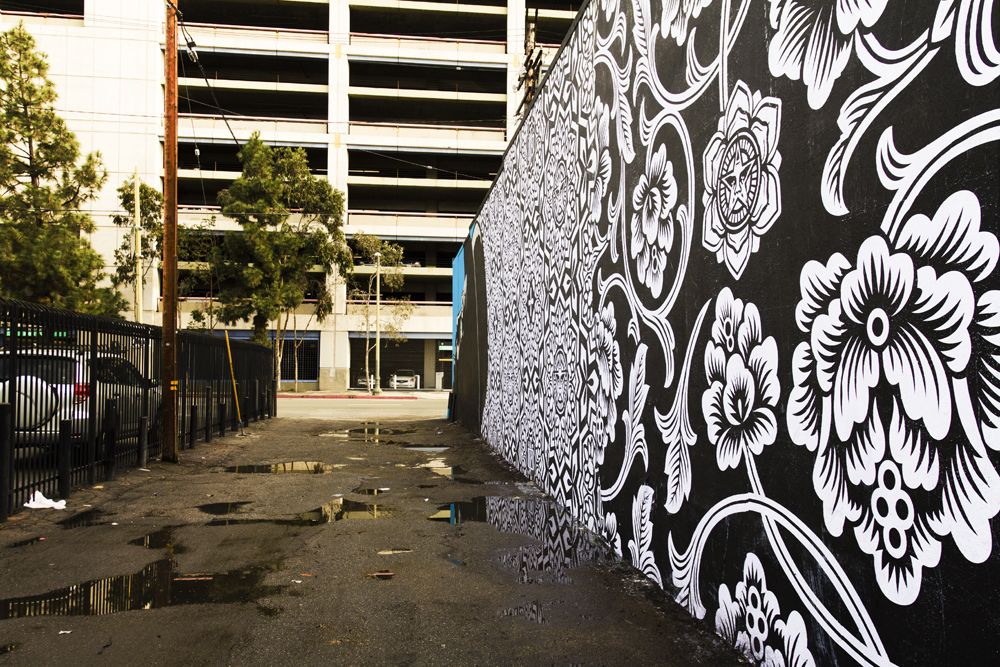 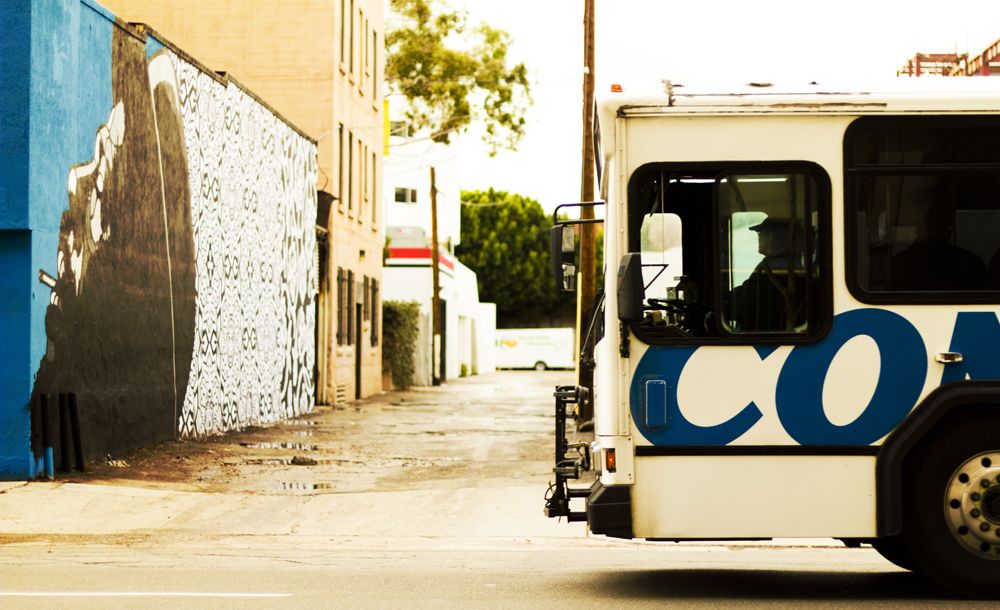 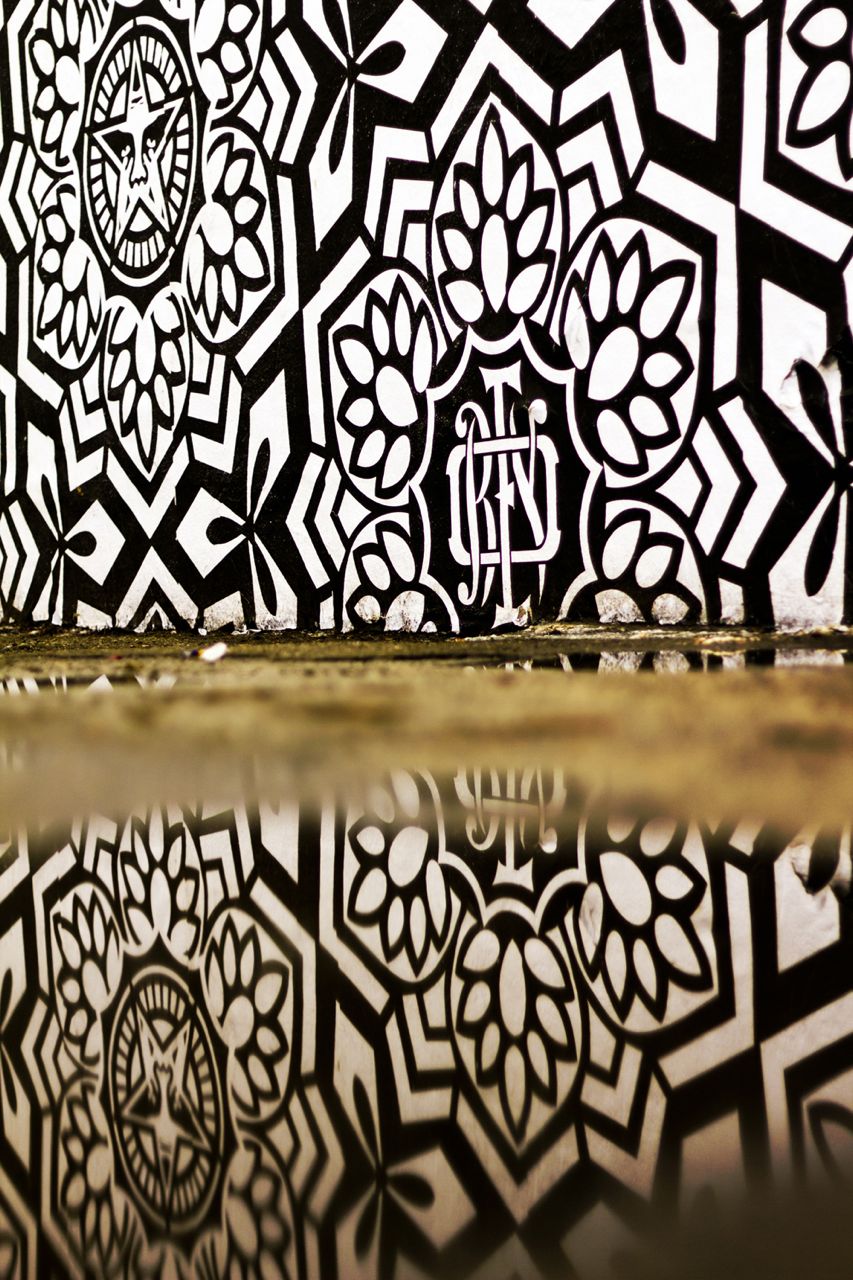 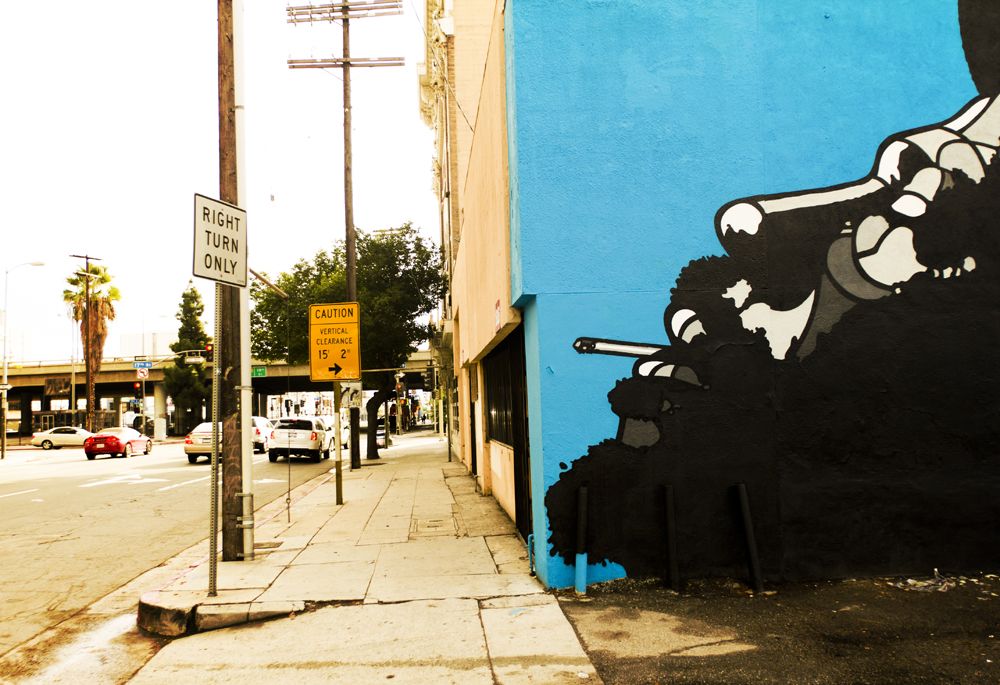