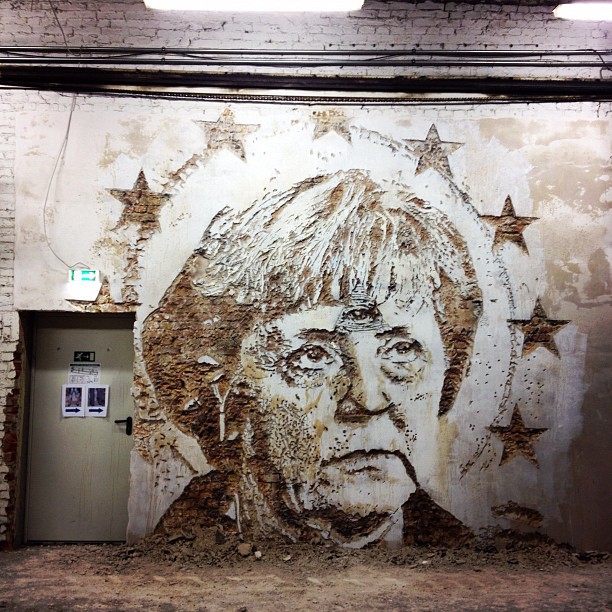 It looks like Vhils (filmed) has recently stopped by Berlin and left one of his signature wall etchings behind. Perhaps this was created while he was in town for the release of the Walls & Frames book launch party. We especially like the intriguing inclusion of the Eye of Providence which appears on the United States one-dollar bill as Angela Merkel’s 3rd eye.