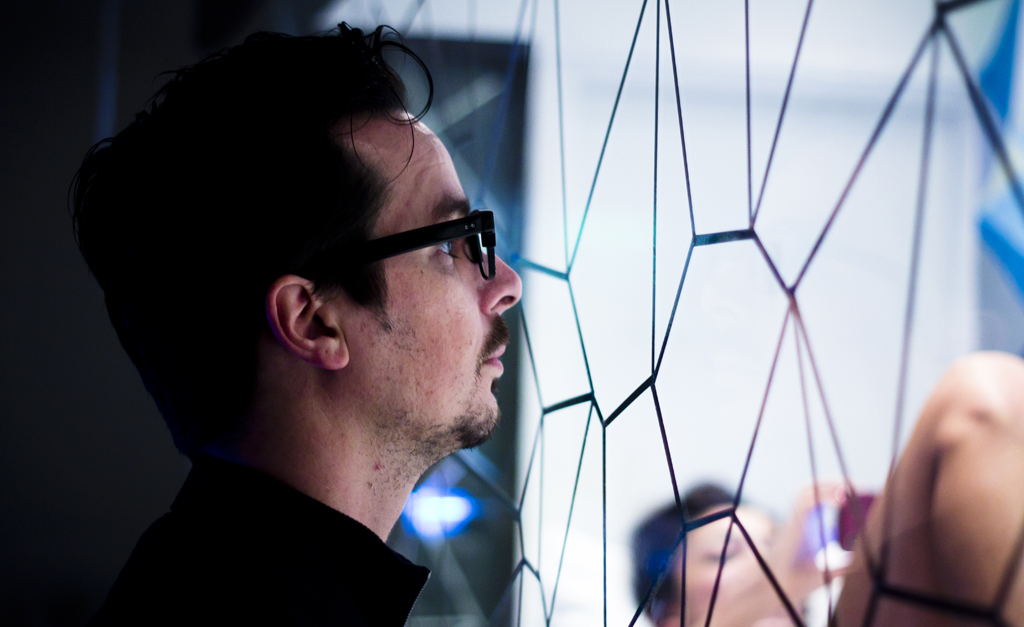 On Tuesday, The Standard Hotel in Hollywood frequent collaborator Tim Biskup (featured) for the closing of his most recent installation titled Gravity’s Migraine. We had recently posted some pics of the glass vitrine space and front lobby, but went back to catch the end of the feature and to get a firsthand look with Tim.

The see through cube which sits behind the hotel’s reception desk featured a woman inside the space which brings to the forefront issues of voyeurism and  the lack of privacy. However, Biskup put his own spin on it by adorning the cube with his polygon like design and with objects made out of strings which hung from the ceiling. Biskup mentioned that one of the core ideas behind these objects is how objects can take on an entirely new shape by simply changing their visual perspective. What was really interesting was the way in which these stringed objects still had a sense of the polygon look that Biskup continues to utilize in his work. Also when looking simply at the cube, it’s interesting to note how the lines on the cube’s glass create this fractal look which merge with the layers of blue and white patterns painted within the transparent box; thus, creating new shapes that duplicate Biskup’s style in a three dimensional landscape. 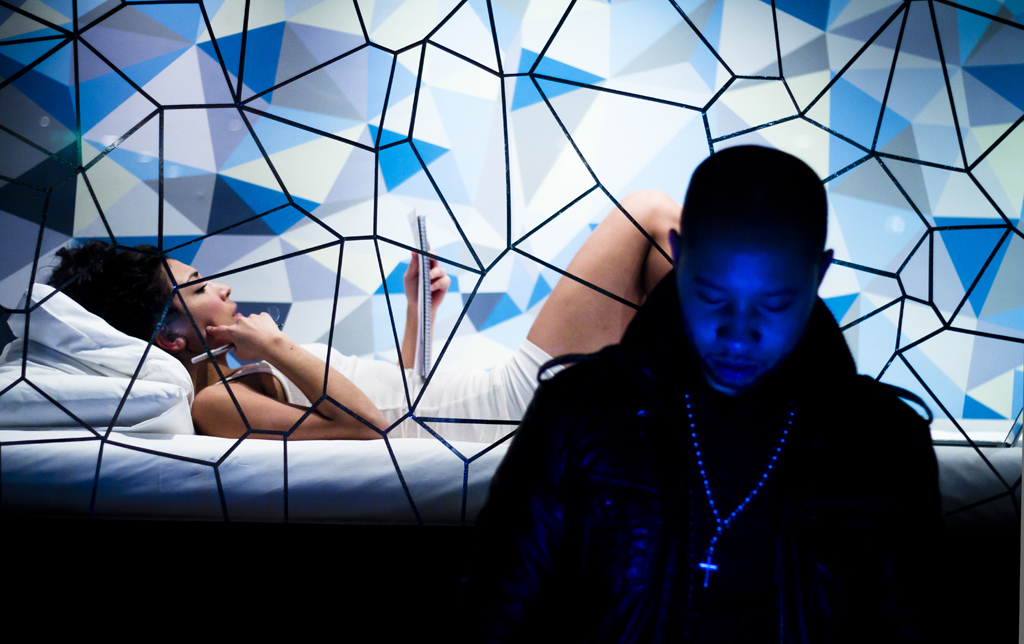 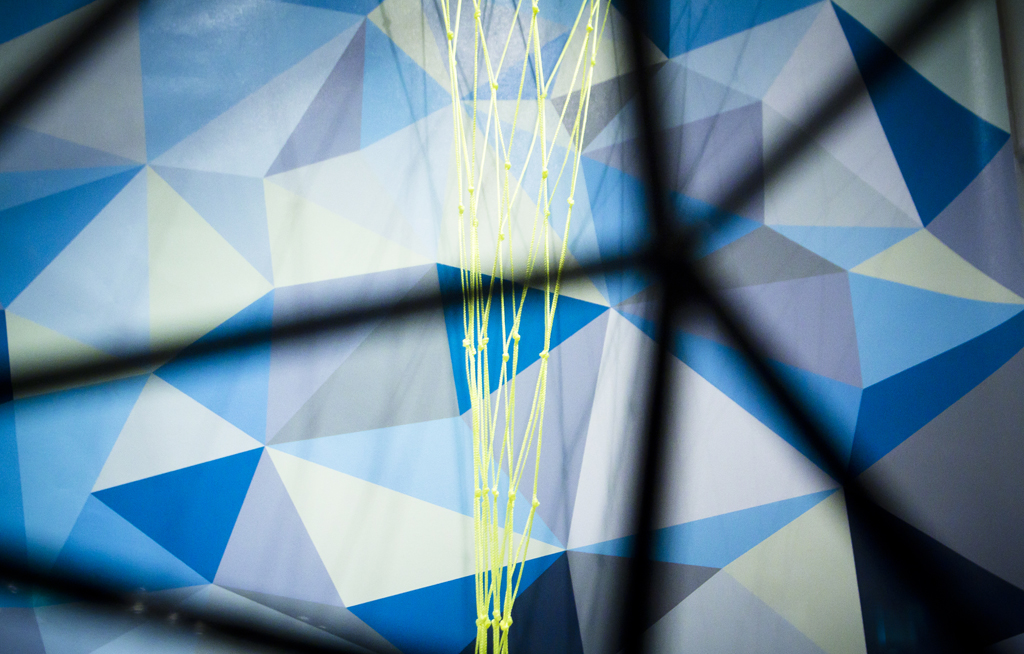 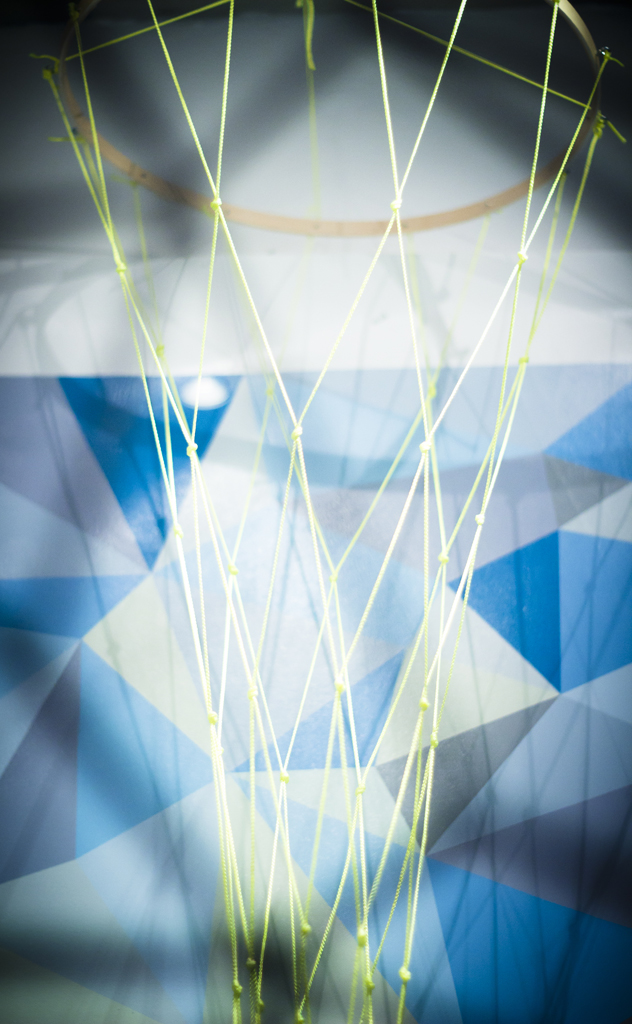 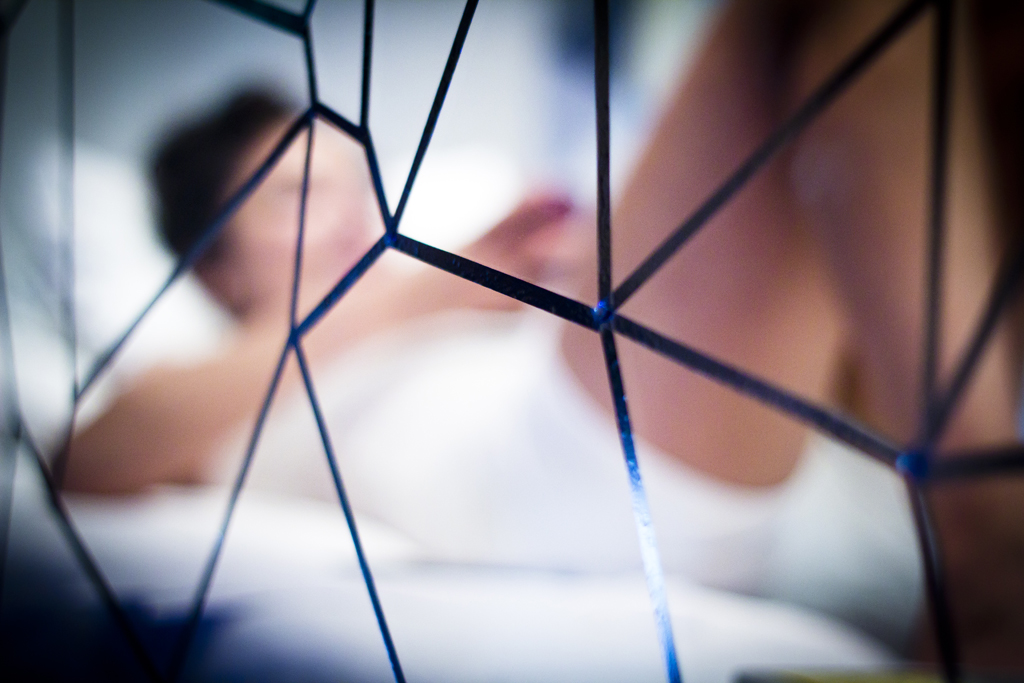 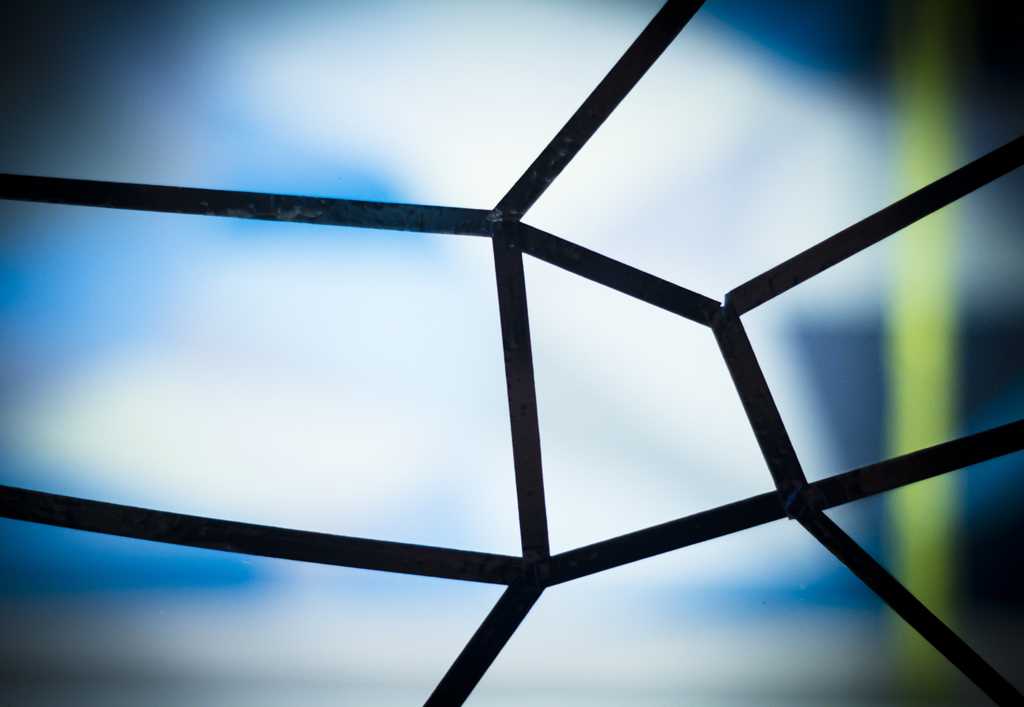