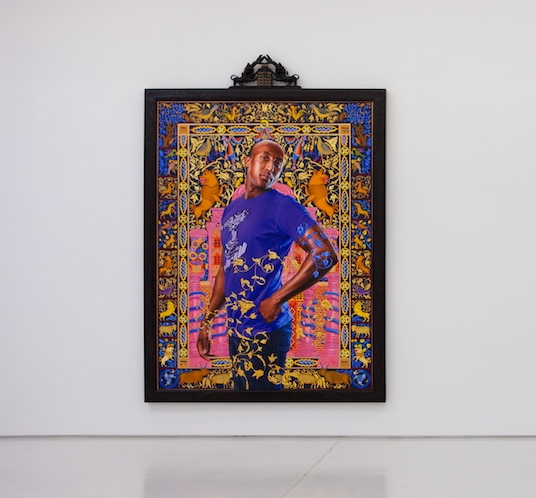 Coming up in March, The Jewish Museum of New York will be hosting Kehinde Wiley’s works from The World Stage: Israel that showed last April at Roberts & Tilton (covered). The museum recently acquired Alios Itzhak (2011), a nine-foot tall portrait of a young Jewish Ethiopian-Israeli man that was part of the Los Angeles exhibition which featured traditional Jewish papercut embellishments from part of the NY institution’s collection. Along with other works from Israeli portion of Wiley’s World Stage series, “a selection of textiles and papercuts from The Jewish Museum’s collection – chosen by the artist – will provide a dynamic interchange between the contemporary portraits and the traditional Judaica that inspired their decorative backgrounds.”

Video of The World Stage: Israel after the jump…