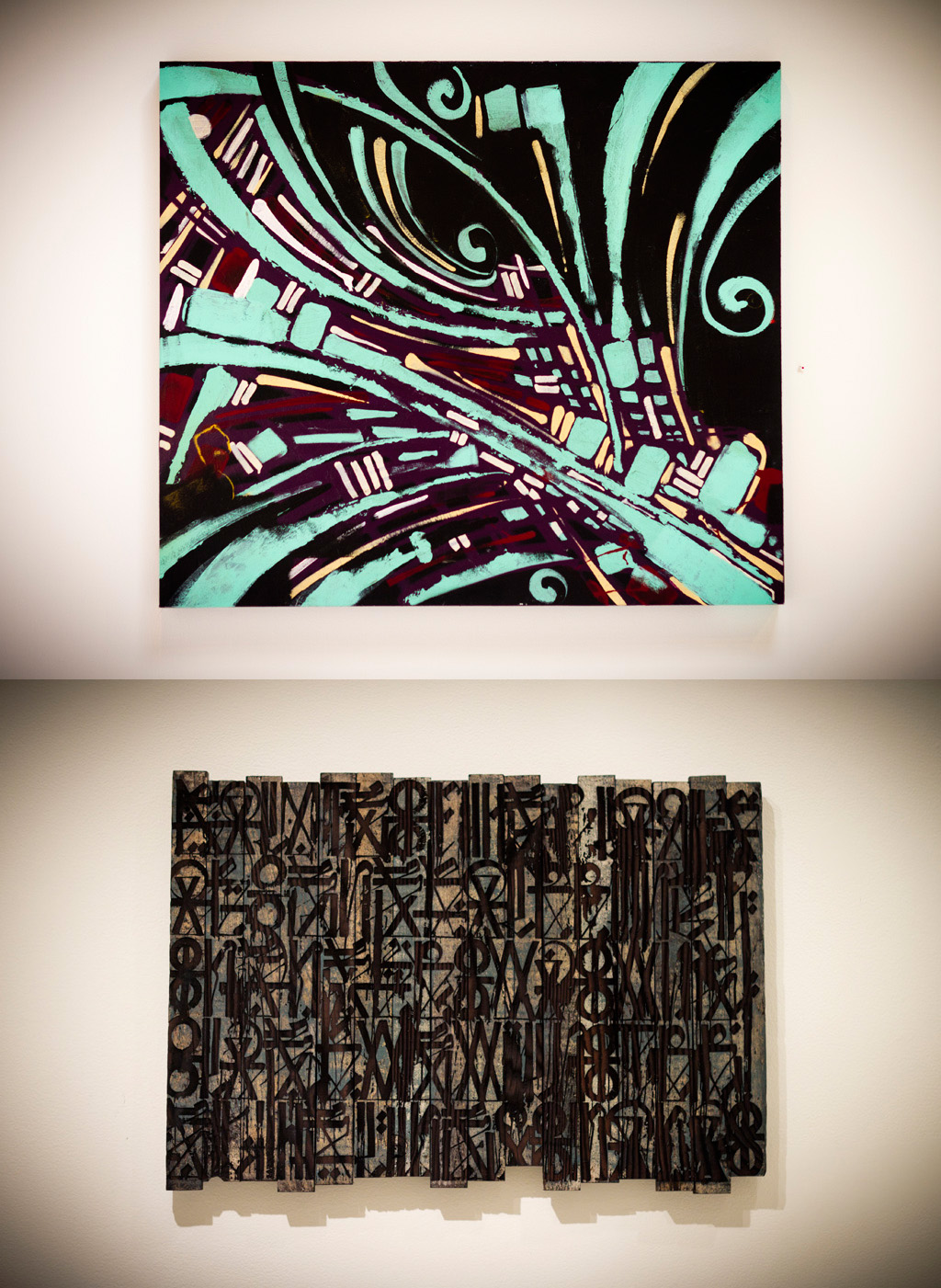 Over the weekend  ZES & RETNA (featured), two key members of the MSK graffiti crew, came together for an exhibition titled Excavated Revelations in which each of their unique styles was on full display. Taking place at Known Gallery, this show was the first for ZES who’s known in the graff world as one of the most daring and talented members of the crew. His new body of work was made up both rectangular and squared-like pieces that featured an affinity for streaks and patterns often seen in his street work. Interestingly, his pieces had an abstract quality about them and overall, his work had a unique mixture of colors that seemed to cover the entire color palette.

At the same time, RETNA’s work was also unique in the sense that viewers were treated to a couple of pieces that showed his signature writing engraved onto found wooden pieces, thus creating a more organic and textured piece of art. On top of these two impressive pieces, he also utilized for some of his work a technique known as etching, a process in which zinc plates are manipulated and etched through the use of an electric current. The results are patterned plates which are then pressed on sheets of paper, resulting in a number of sheets uniquely stamped with RETNA’s patterns and lettering.

For a closer look at the artwork showcased during the exhibition, check out the pictures after the jump. 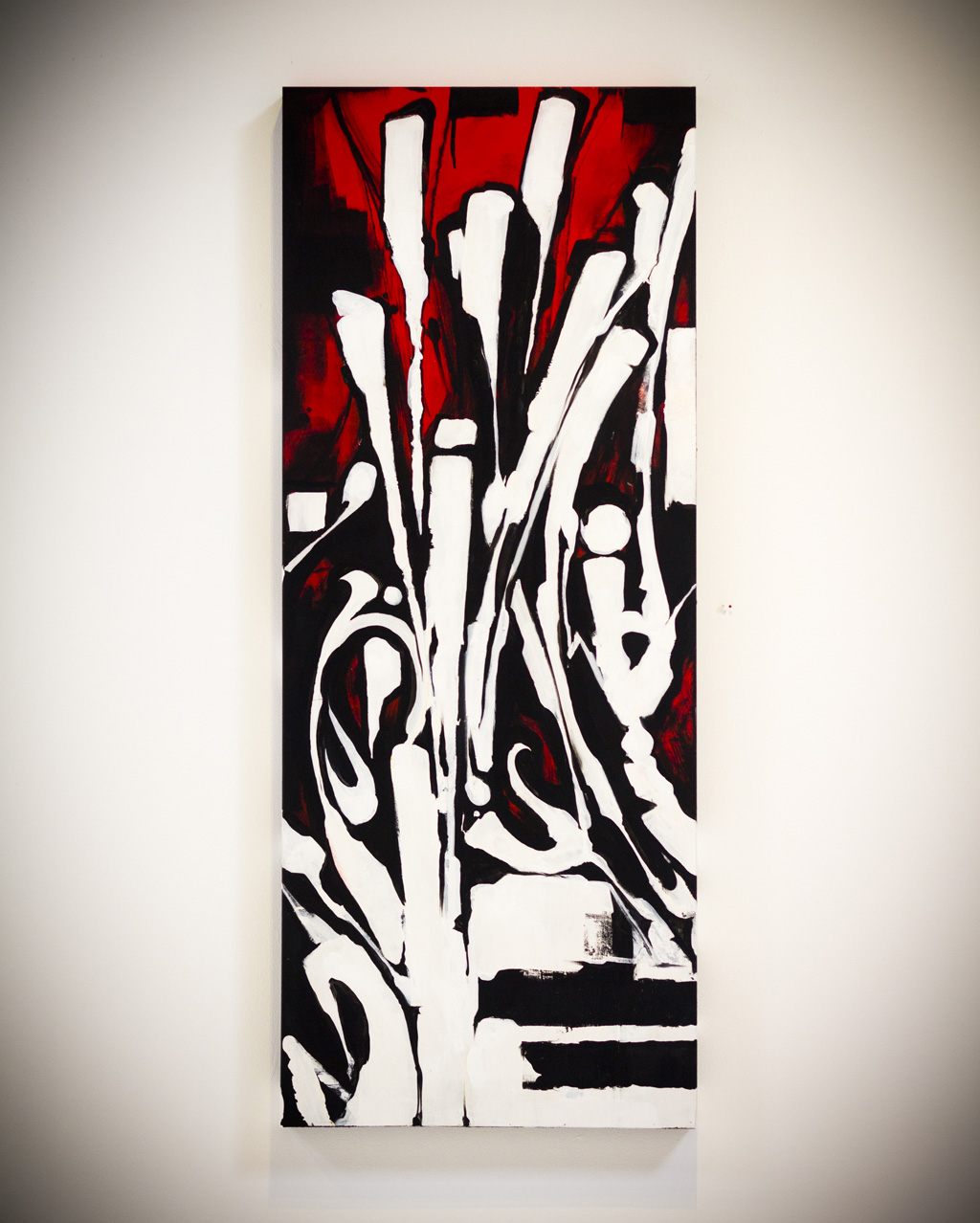 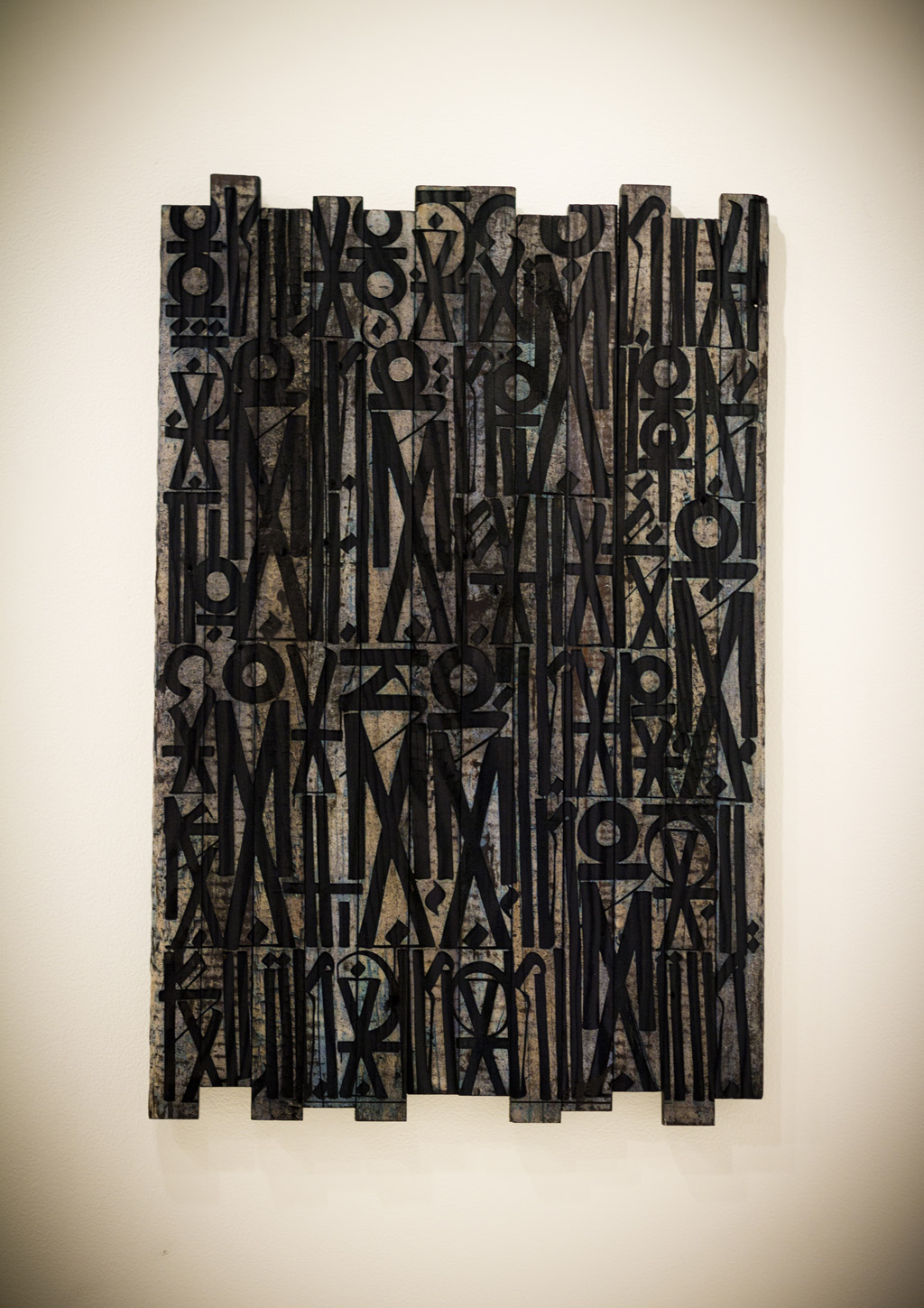 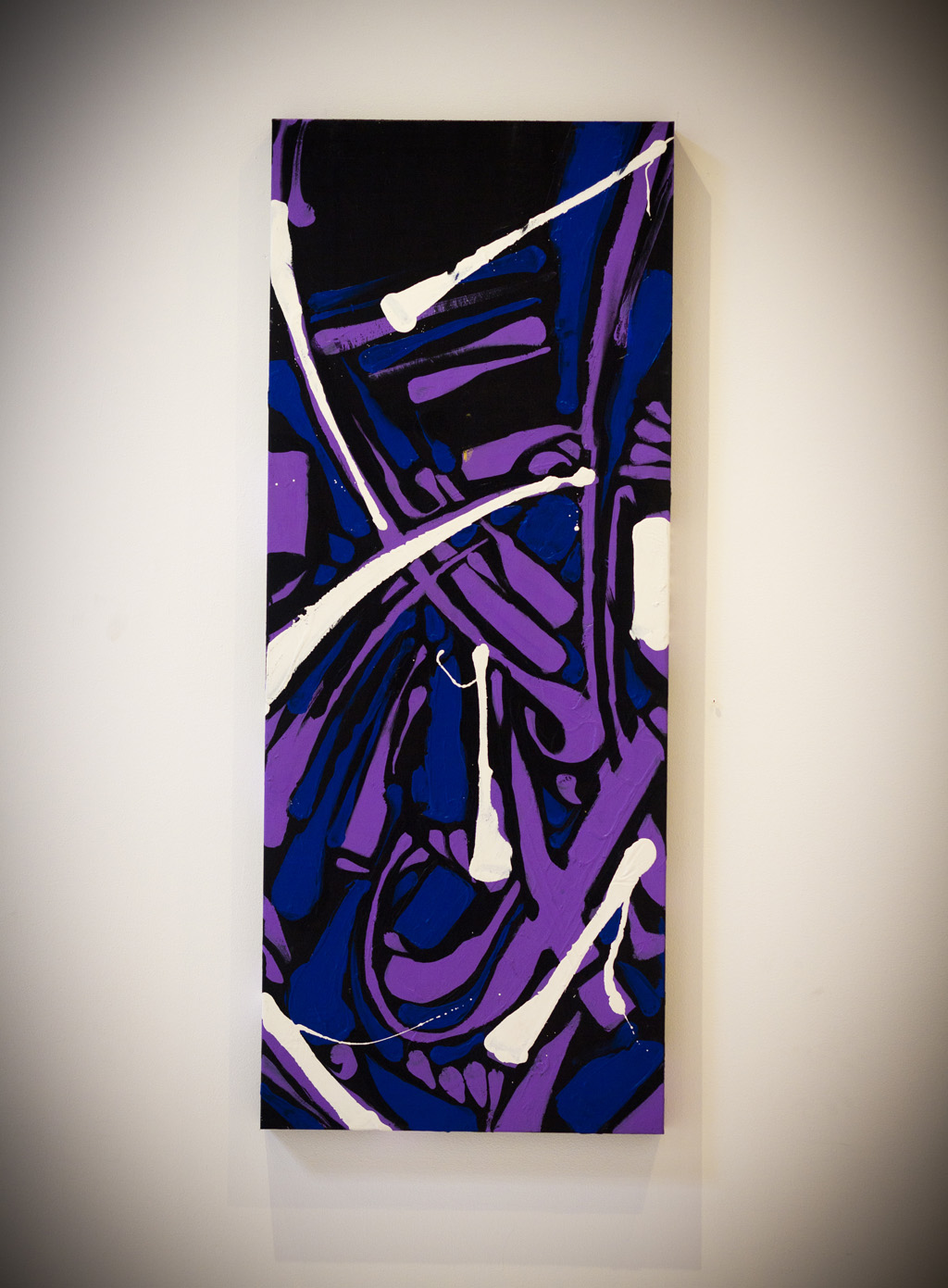 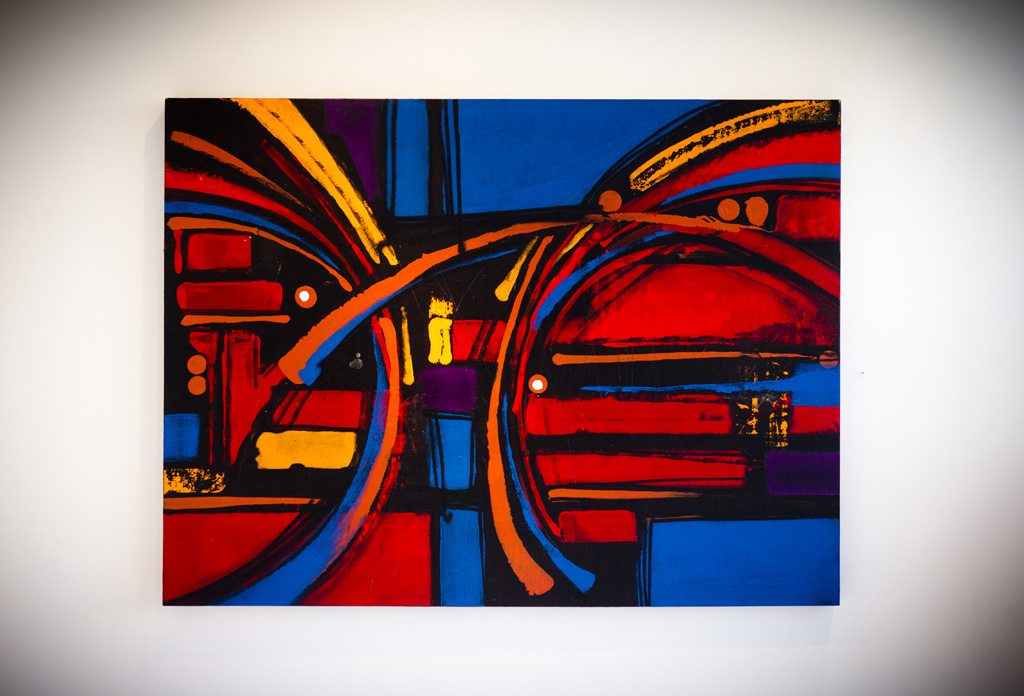 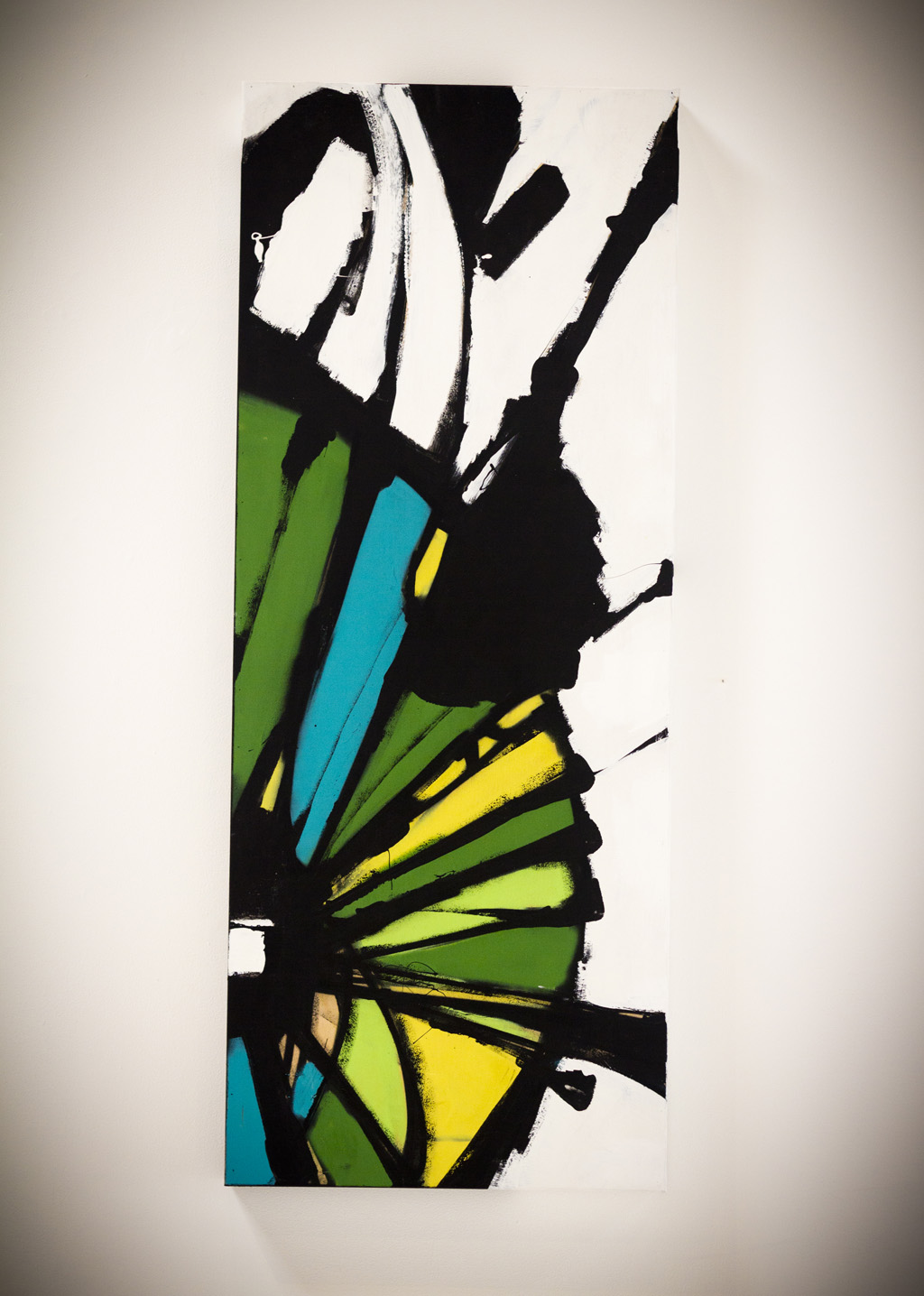 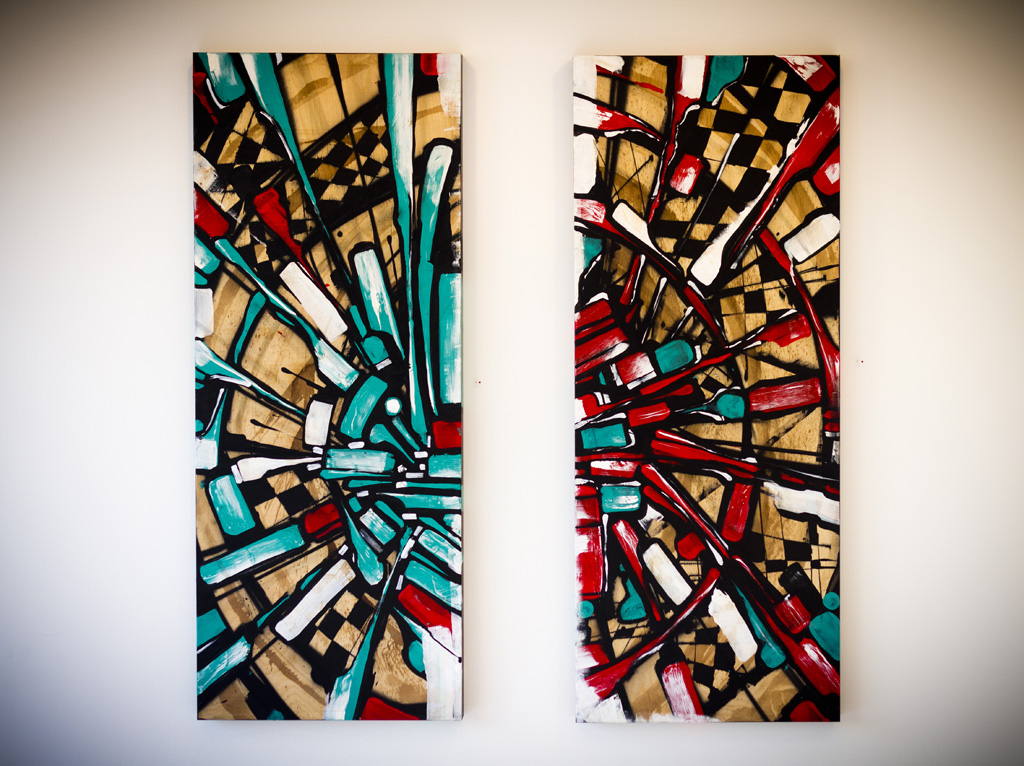 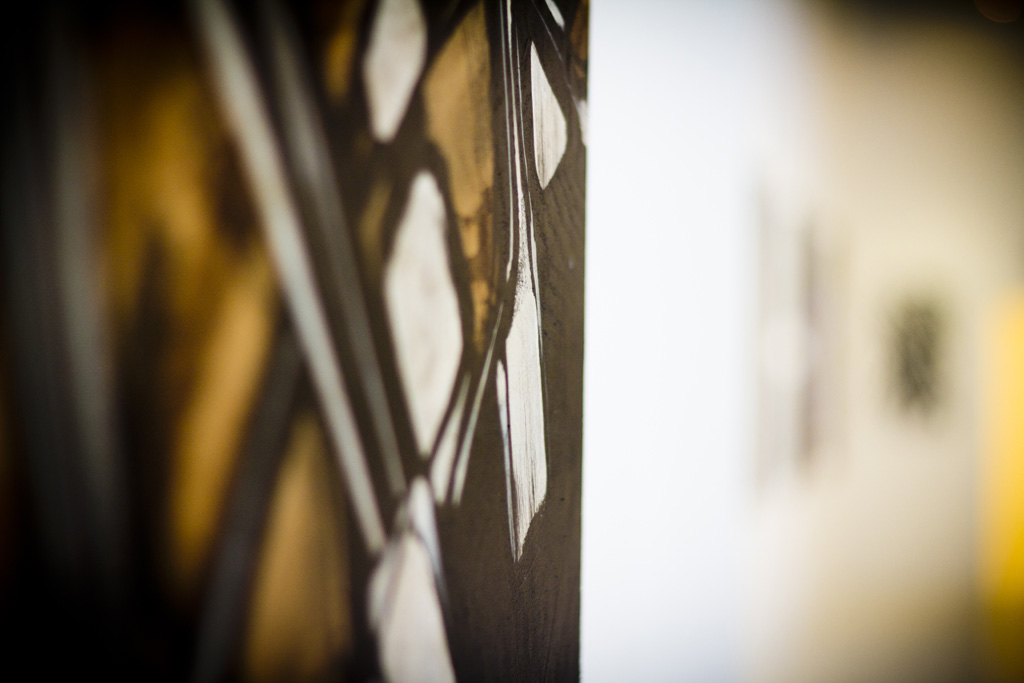 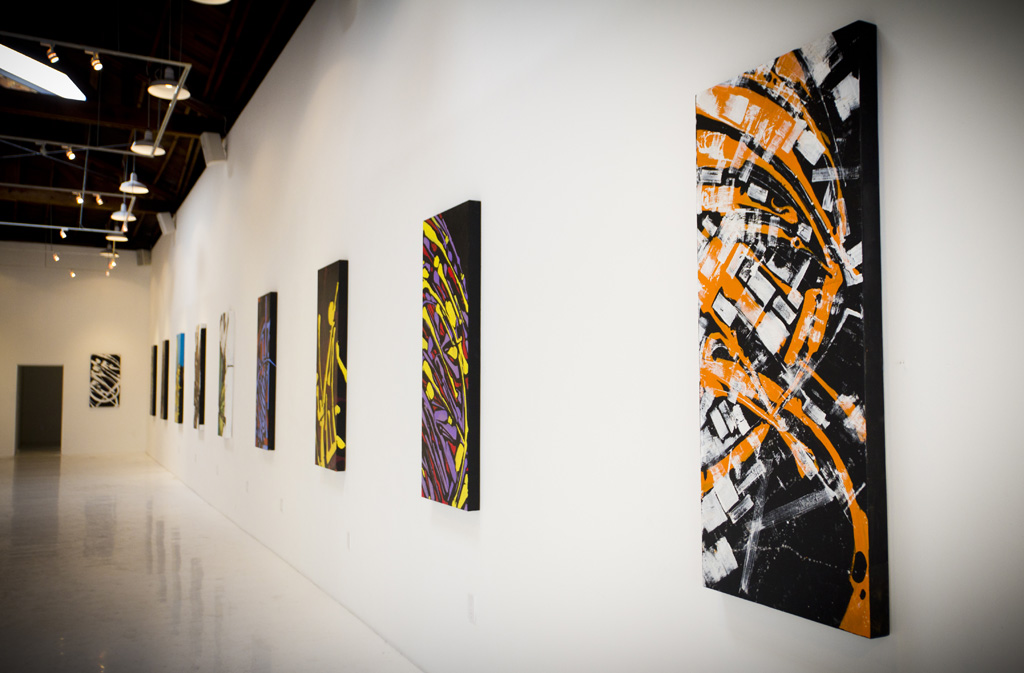 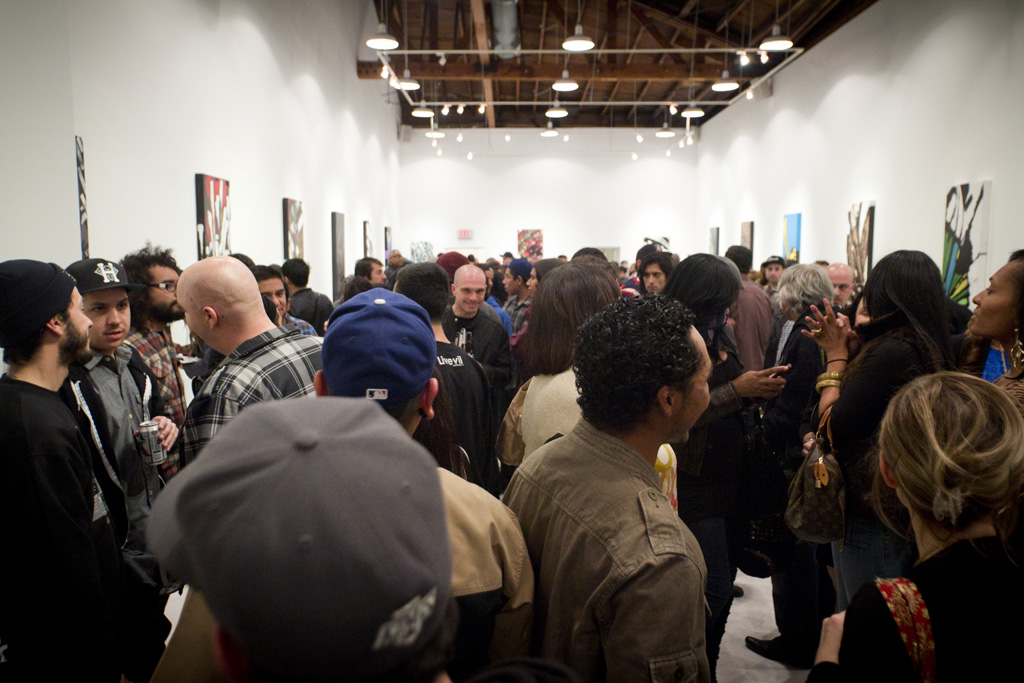 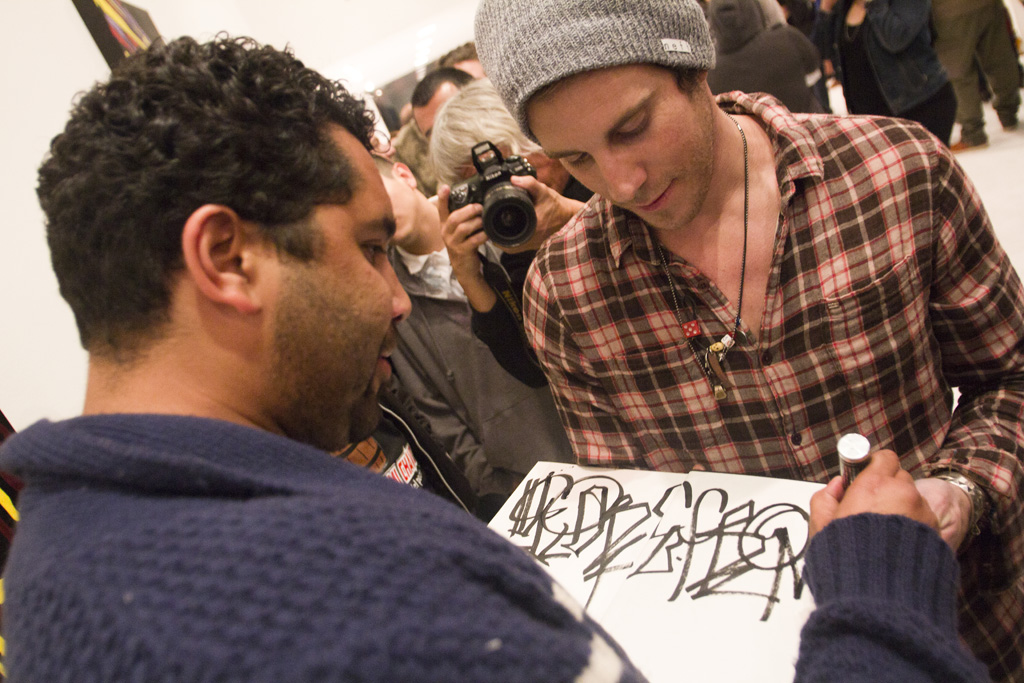 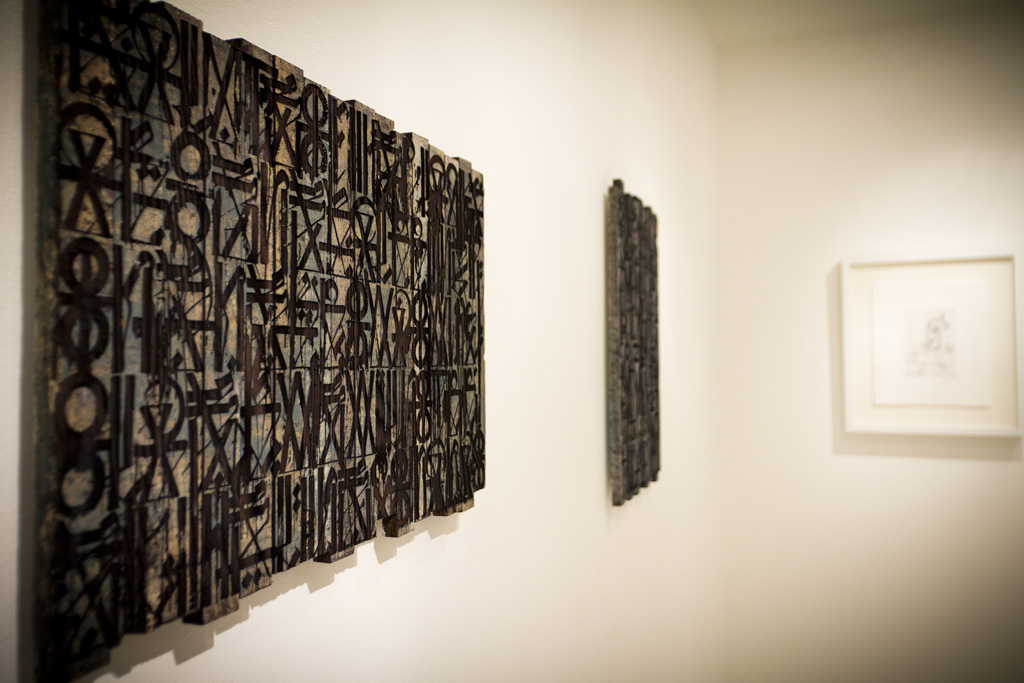 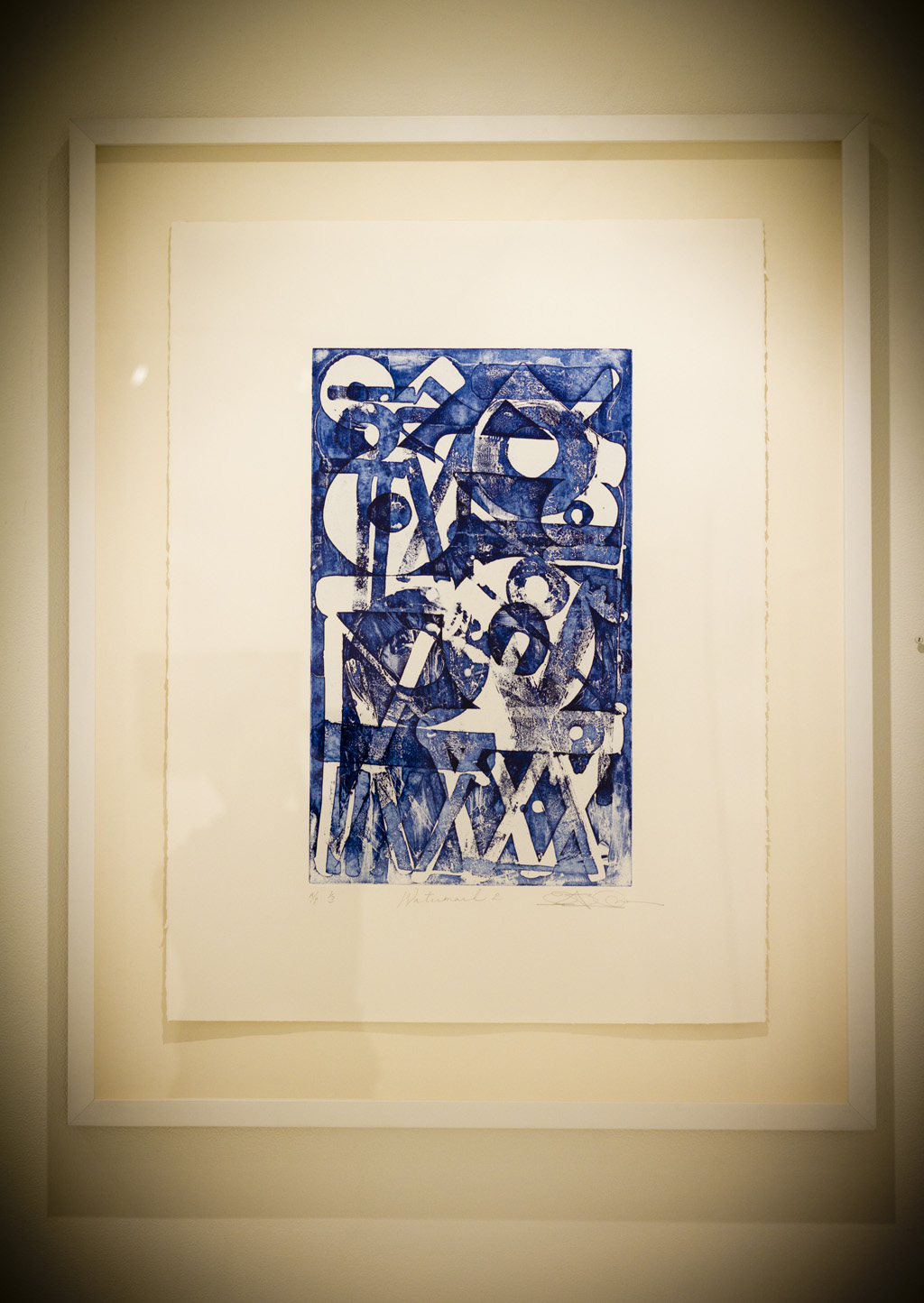 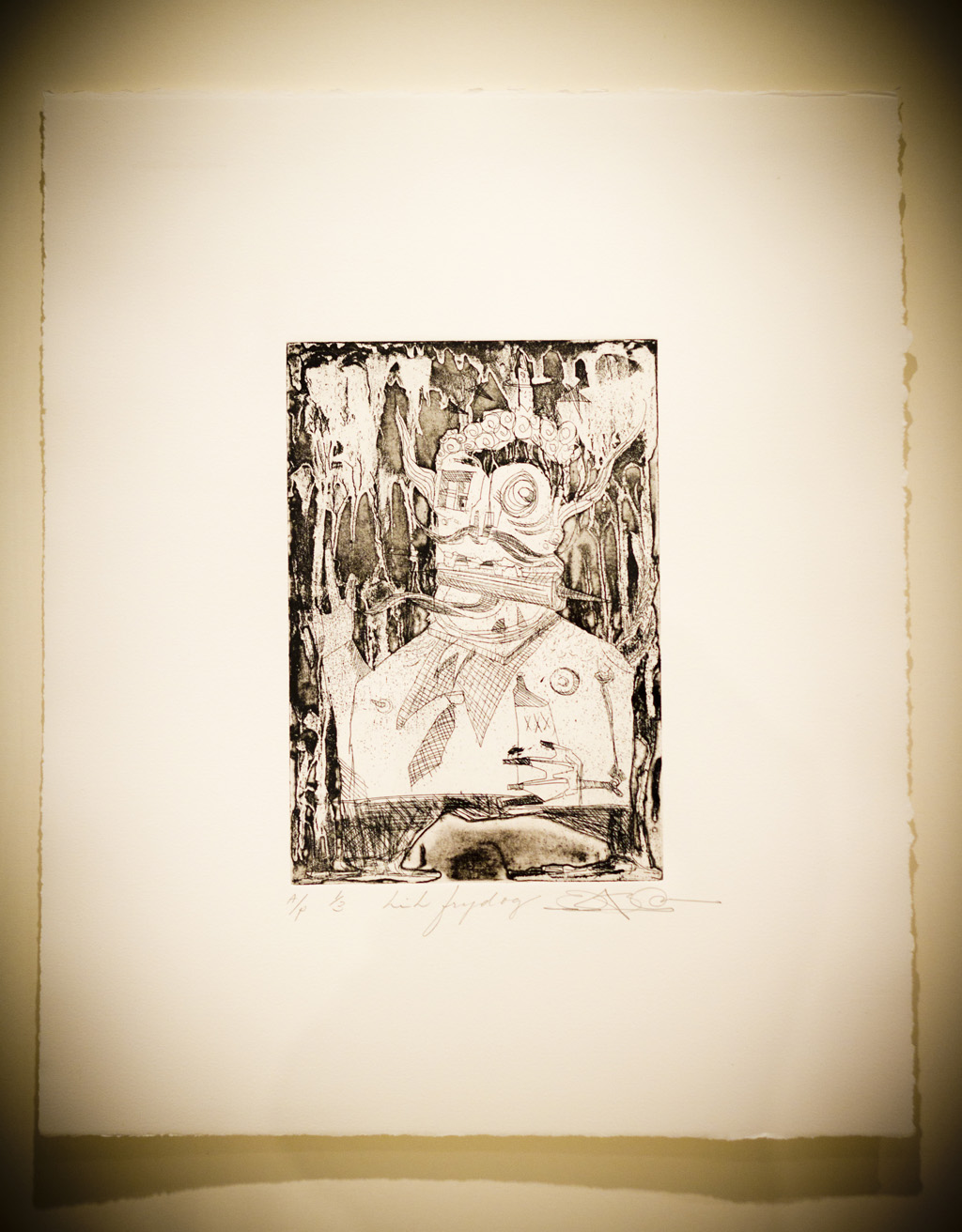 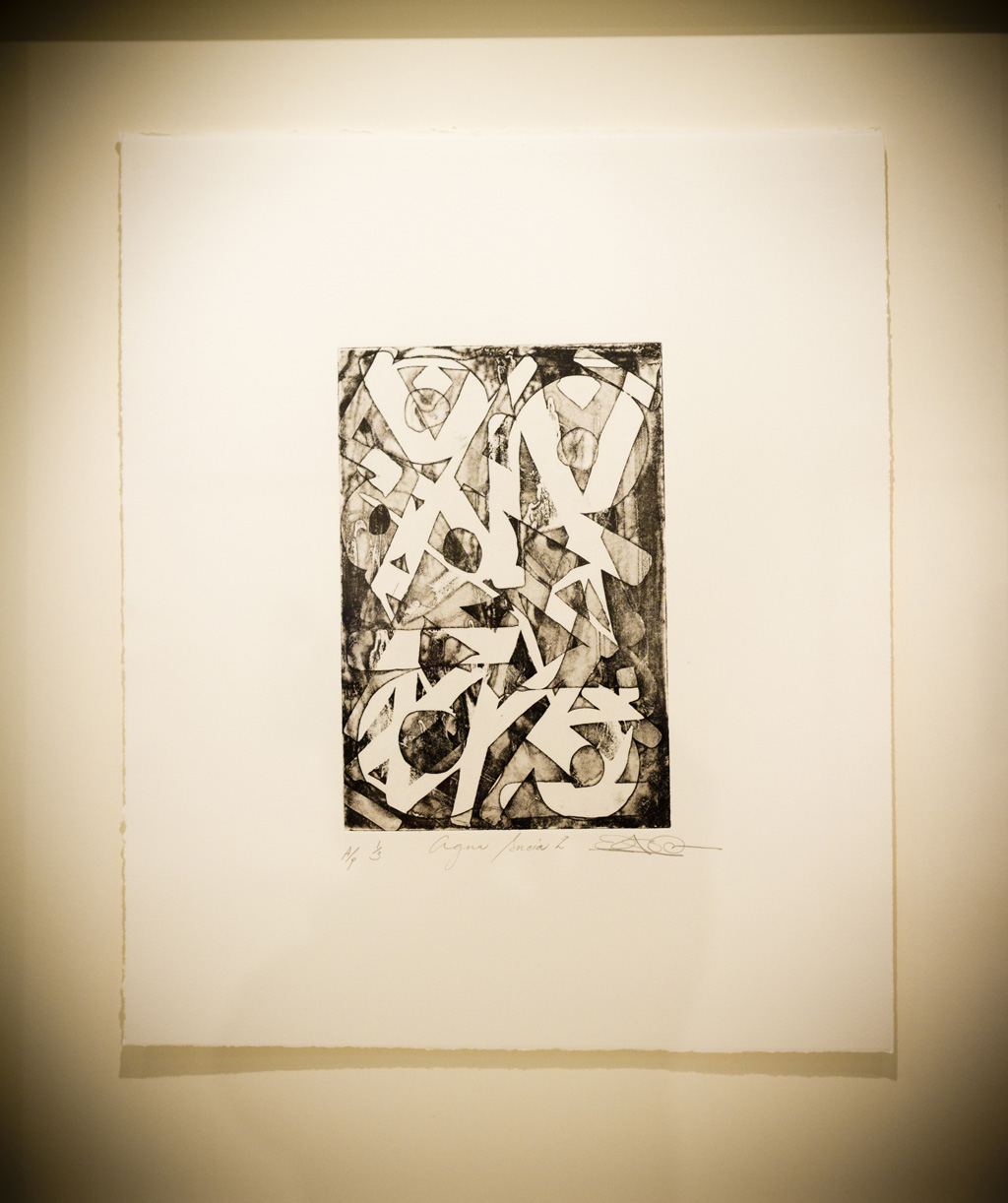 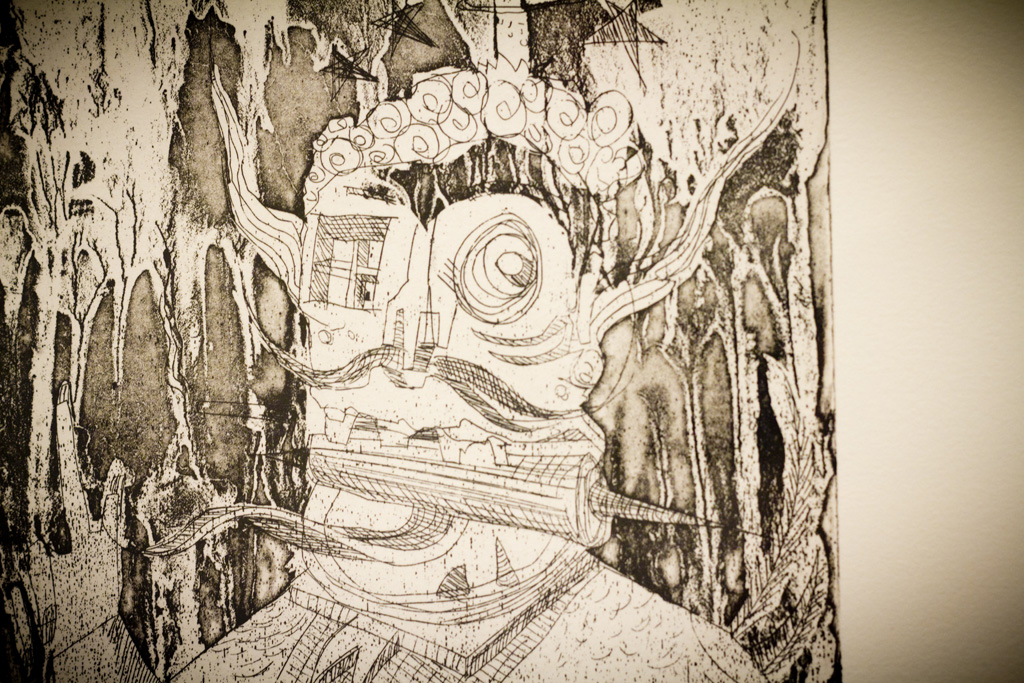 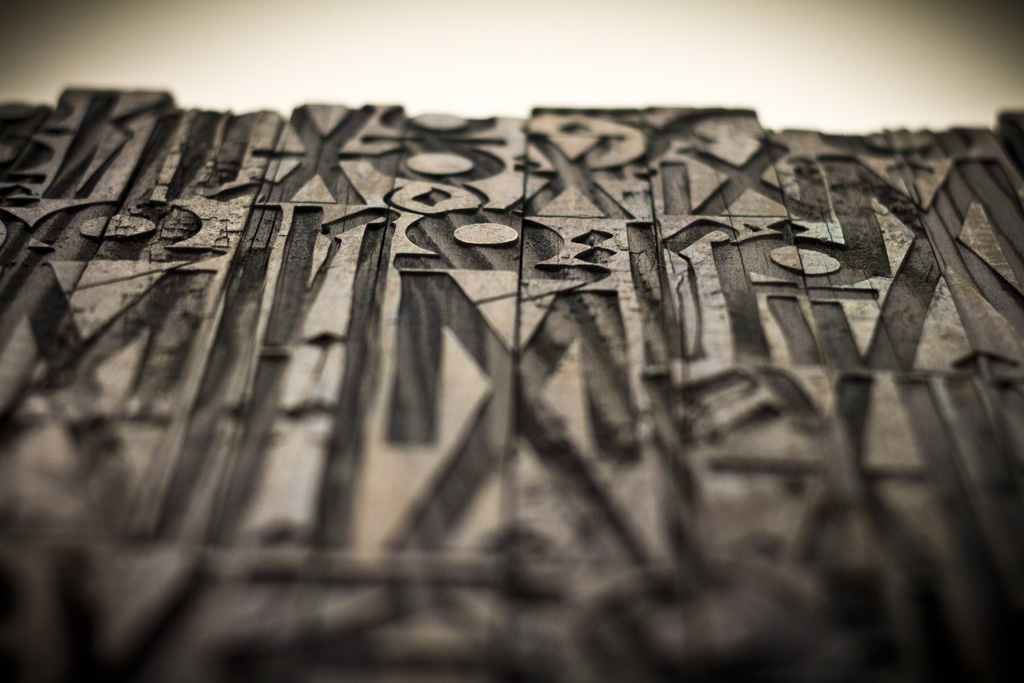 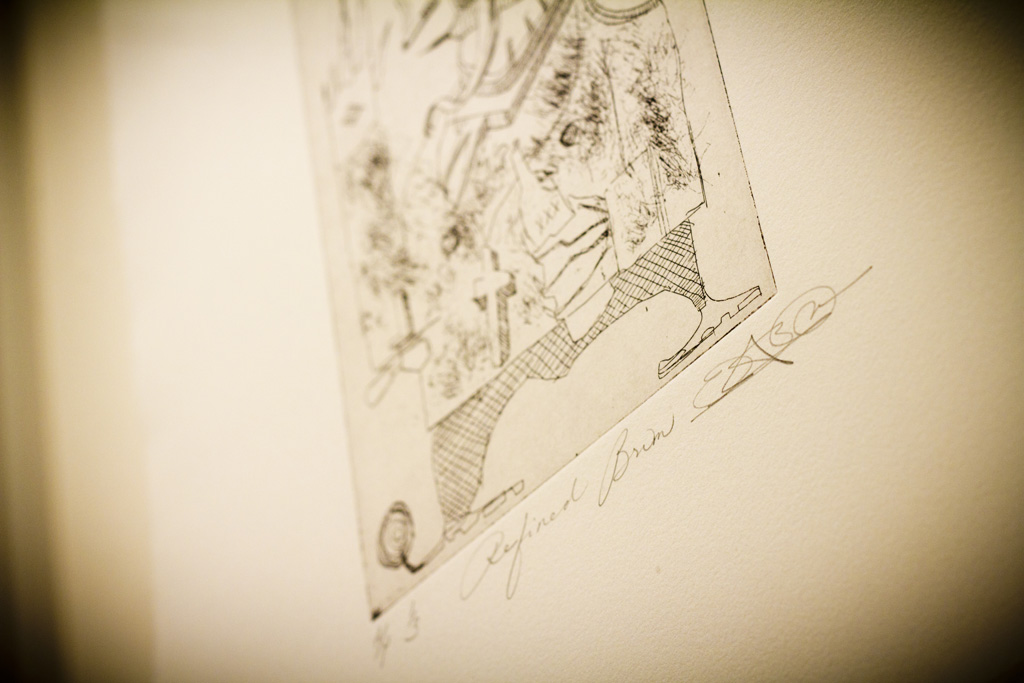