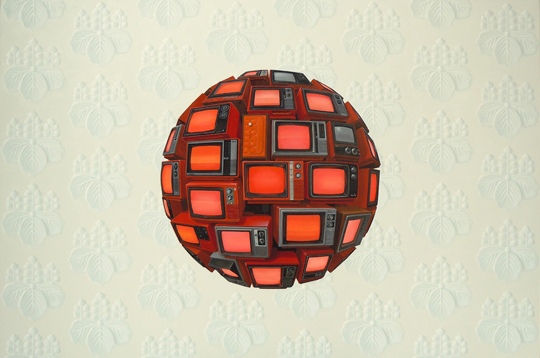 In his first solo exhibition since De Facto Standard way back in 2009, Masakatsu Sashie will present a new series of work at Mizuma Gallery that riff on his signature seemingly self-autonomous orbs. Entitled the Invisible Hand, his current body of retro-futuristic work references Adam Smith’s 1759 economic metaphor stating the market magically self-regulates for the betterment of society when individuals act out of their own self-interests, an argument that could easily be considered flawed in the modern era of complex derivatives and rampant greed that nearly paved the way to the post-apocalyptic frontiers embodied in Sashie’s work. A provocative and timely parallel, indeed, all told through the guise of his super cool floating spheres. The Tokyo-based gallery will this time host 5 large-scale works of which the focal piece is a 10 feet high fusuma (a Japanese sliding door).

Check out the official flier after the jump, which shows some detail in his brush work and the canvas embossing of the above painting. 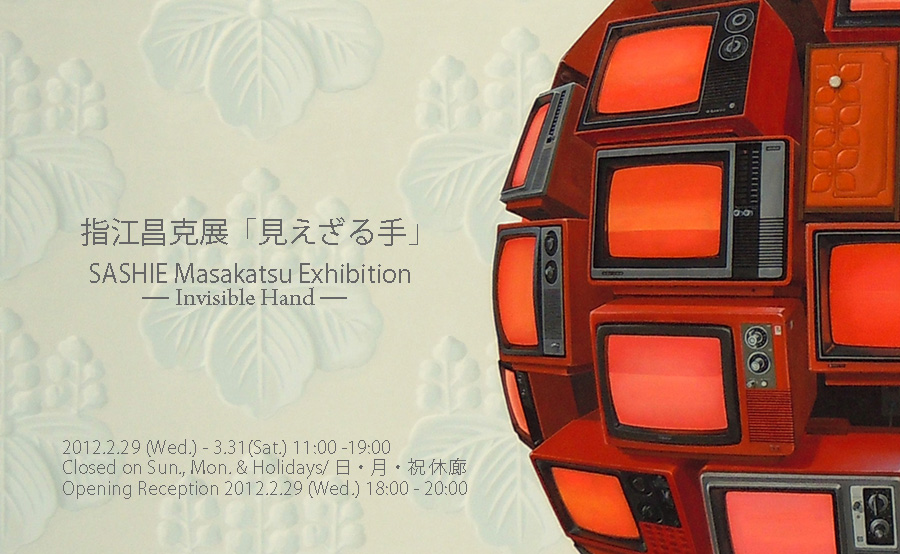