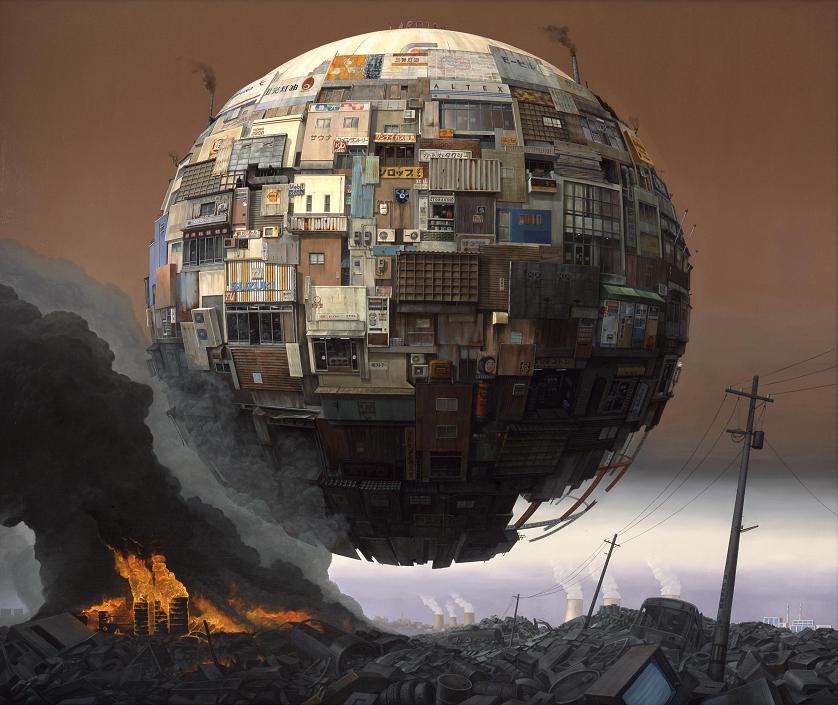 Exhibiting with Mizuma Gallery, Masakatsu Sashie might very well steal the show with his newest creation destined for Art HK 2011, Asia’s preeminent art fair running from May 26th -29th. Producing a work with imagery that references the devastation left in wake of the massive earthquake and tsunami in his home country, the Japanese artist eerily conceived of the post-apocalyptic composition and began painting the piece prior to the disaster. A chilling, if unwanted, example of art imitating life, or in this case foreshadowing.

Much like his 2009 solo De Facto Standard (covered), along with his work for The Armory Show last year (covered), the large scale painting – 64″ x 76″ – centers on Sashie’s signature floating orbs, while brilliantly illustrating his near infinite talents with the brush for achieving intricate detail. Due to his meticulous production process, it’s always a rare occasion to witness his work in the flesh. Those in the Far East are the lucky ones this time, and will be again this December for a group show in Beijing where Sashie will contribute 2-3 pieces as well as in Spring 2012 when he has a solo in Tokyo.