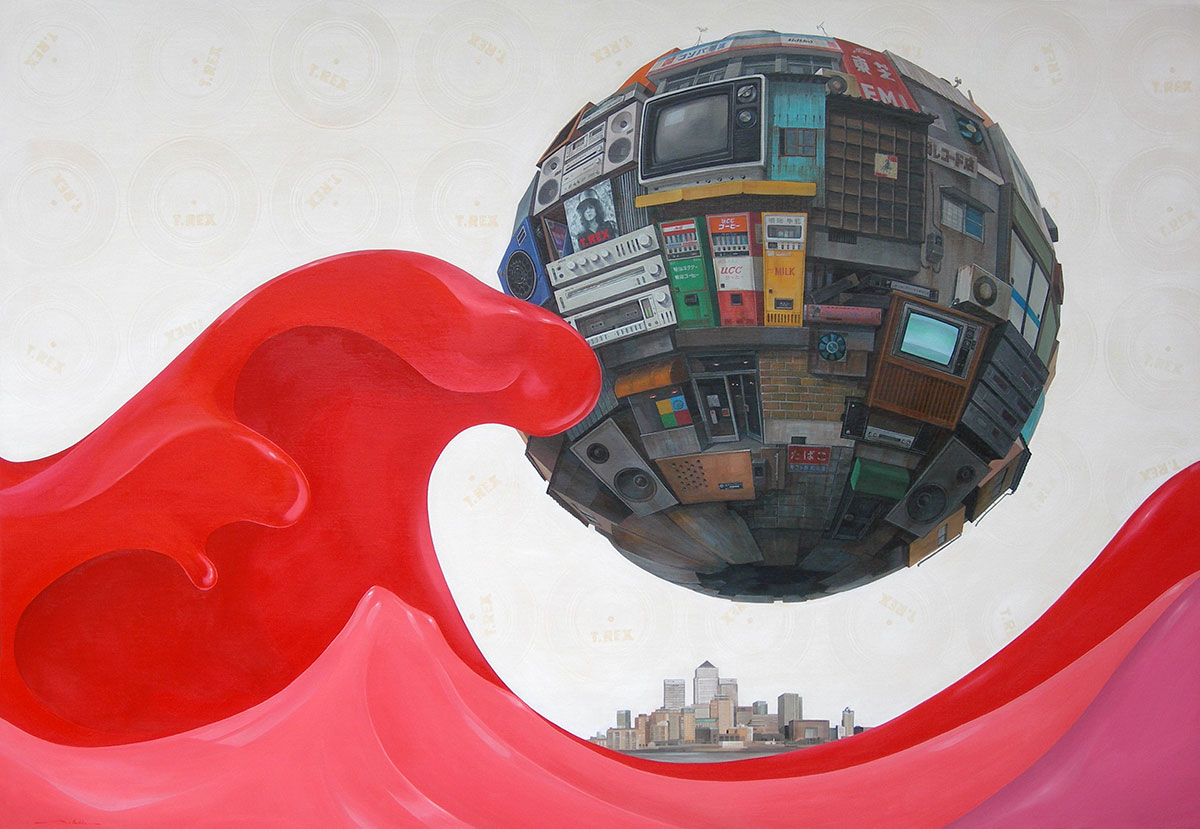 On September 30th, Darren Romanelli (Dr. Romanelli) and Eric Nakamura (Giant Robot) will be presenting Twentieth Century Boy, a one-night show featuring new paintings by Masakatsu Sashie (covered) paying tribute to T. Rex. For those who don’t know, T. Rex was a 70s British glam-rock band led by singer/songwriter/guitarist Marc Bolan, probably best known for their hit Bang a Gong (Get It On) from the album Electric Warrior (later covered and made a hit again by 80s “supergroup” Power Station). Apparently, Sashie is a big fan of the band, and has created a series of works that incorporate images of T. Rex into his ominous and futuristic orb paintings. Look closely at the above picture. Can you find the cover of the album The Slider amongst the stereo components, TVs and speakers?

The show is a benefit for the Light of Love Foundation, which is raising funds to build the Marc Bolan School Of Music & Film in Sierra Leone, West Africa. For more info, go to trexlosangeles.com or view the invite, after the jump. 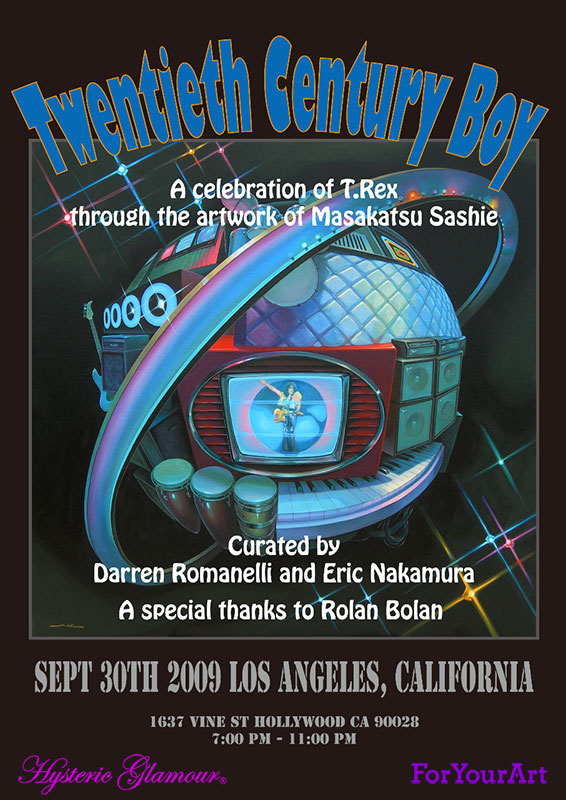