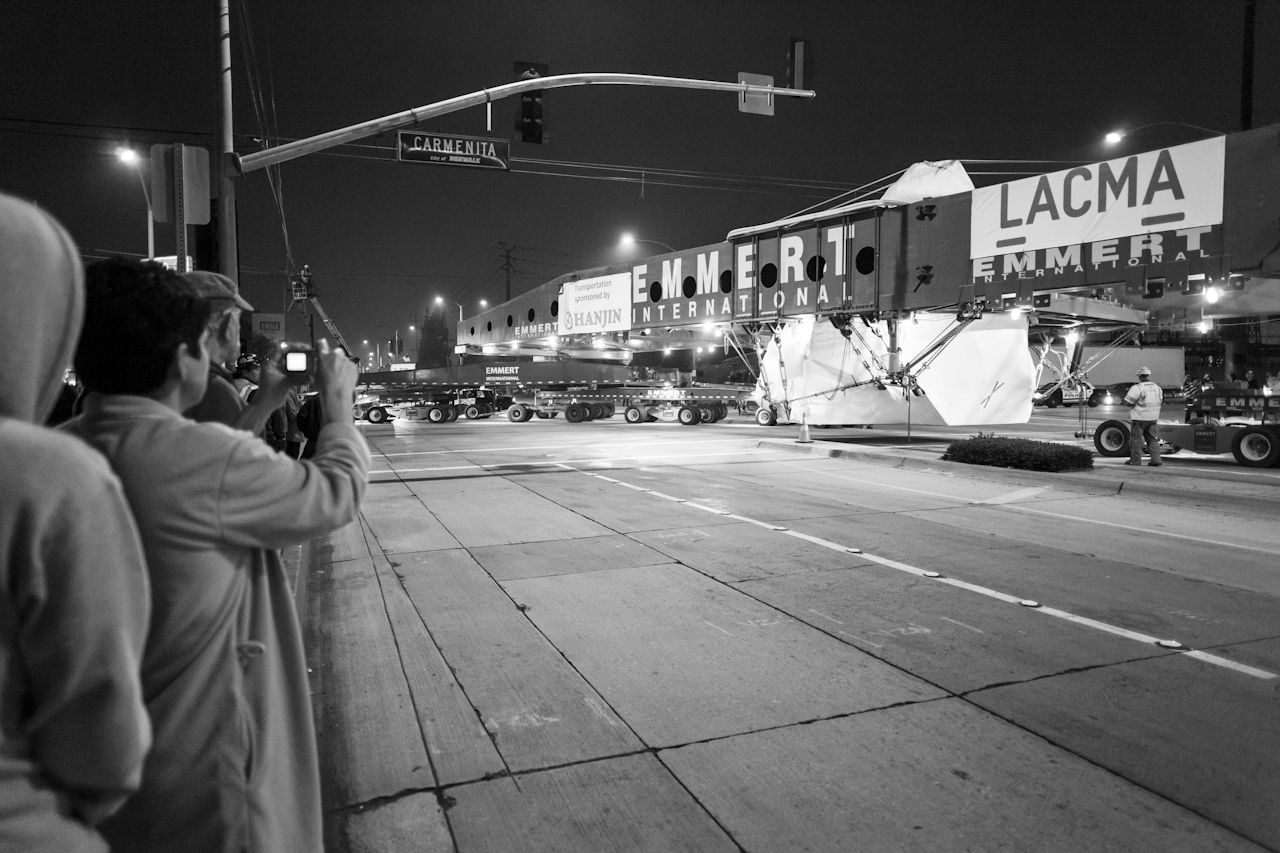 Levitated Mass is a project conceived by artist Michael Heizer in 1968, that has waited until now after he has spent decades looking for an appropriate sized boulder. The installation on the LACMA campus will consist of a 456-foot-long slot, over which is placed said granite megalith, all of which conceptually speaks to “the expanse of art history, from ancient traditions of creating artworks from megalithic stone, to modern forms of abstract geometries and cutting-edge feats of engineering.” This newest construct is one in a series of large scale works (“land art” or “earth art”) that the contemporary artist is known for.

The 340-ton boulder was discovered in Riverside County, California and will be moved with a custom built transporter which is itself roughly 260 feet long and 32 feet wide. The large size of the transporter enables the weight of the rock to be distributed over 196 wheels, in such a way as to prevent road damage. Traveling down a pre-determined route at about 5–8 miles per hour, it will take 11 nights to reach its final resting place at the museum.

AM contributing photographer Taiyo Watanabe intercepted the procession en route in the La Mirada and Lakewood areas to snap some shots.  More pics and a video after the jump… 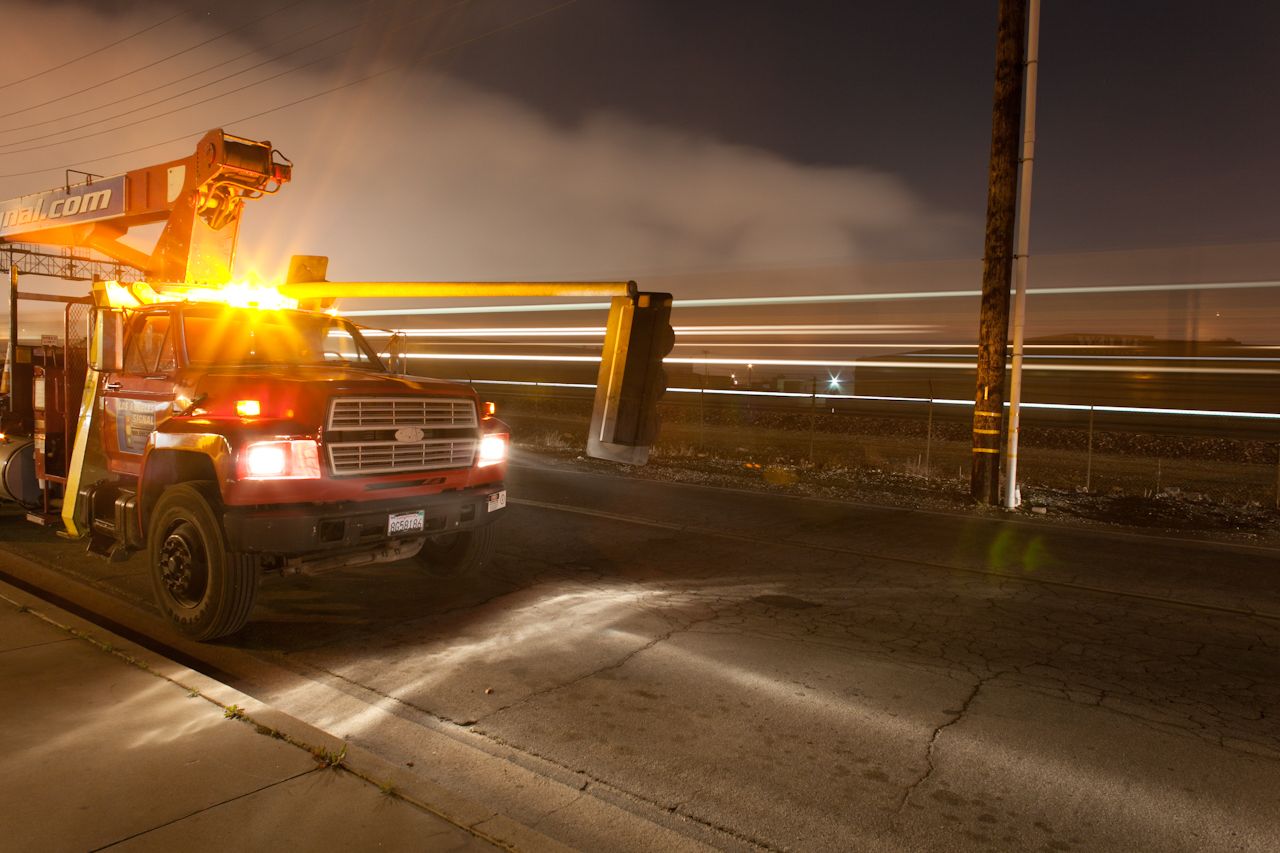 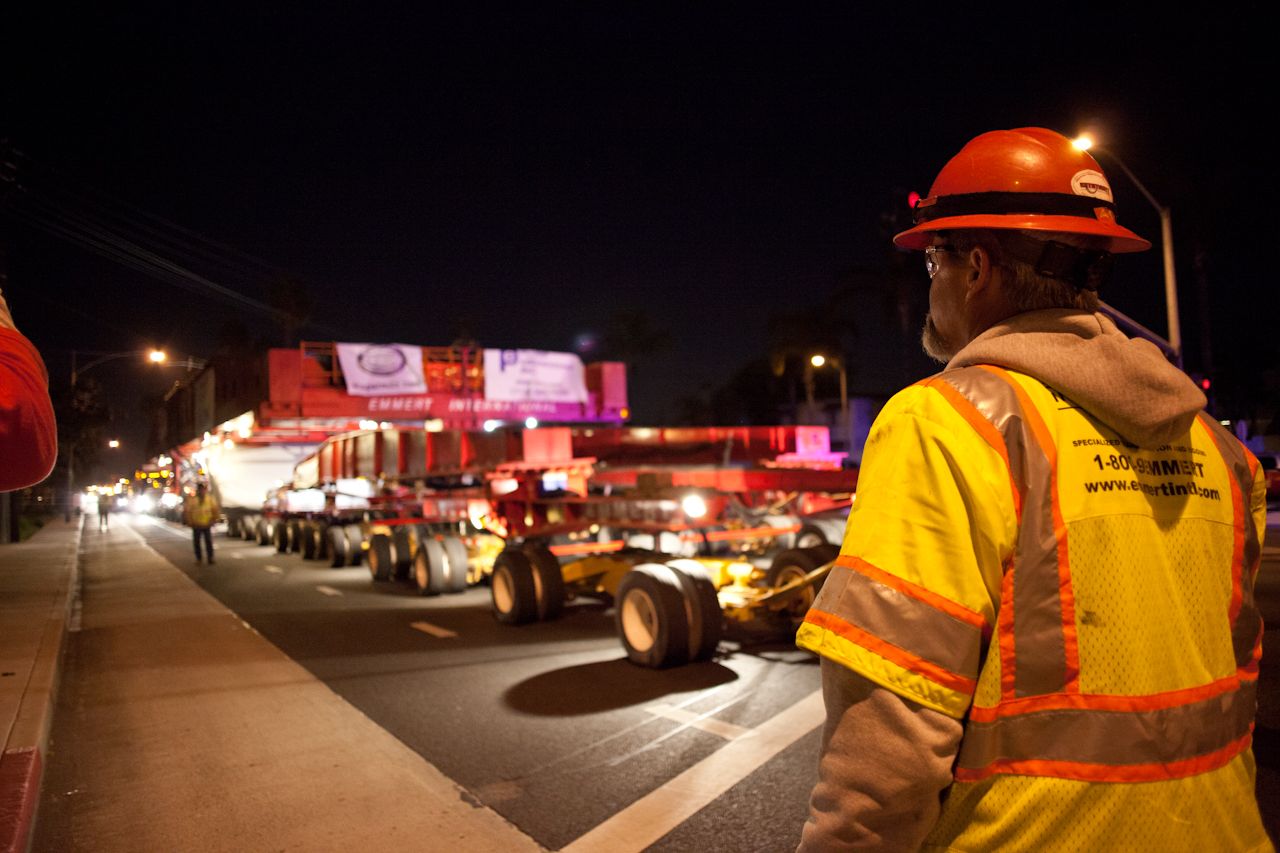 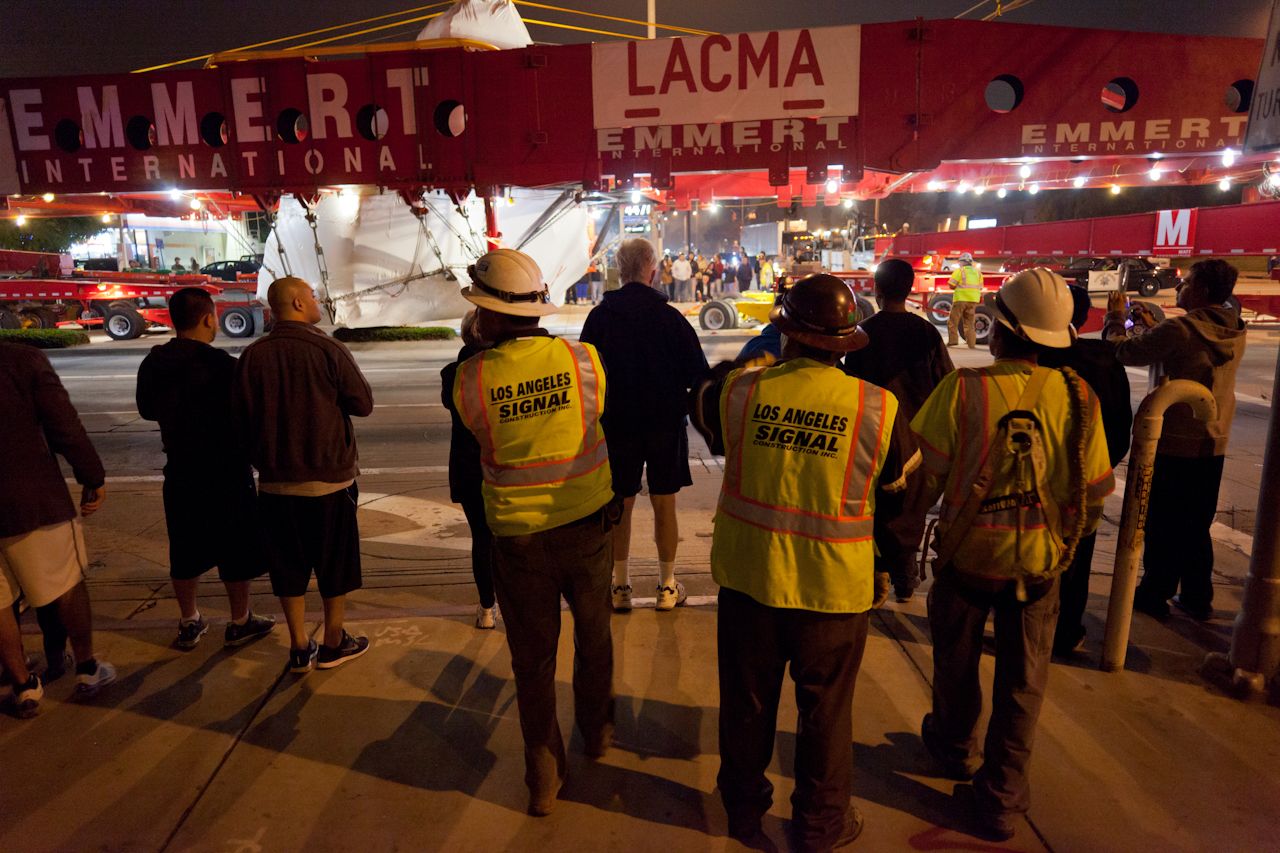 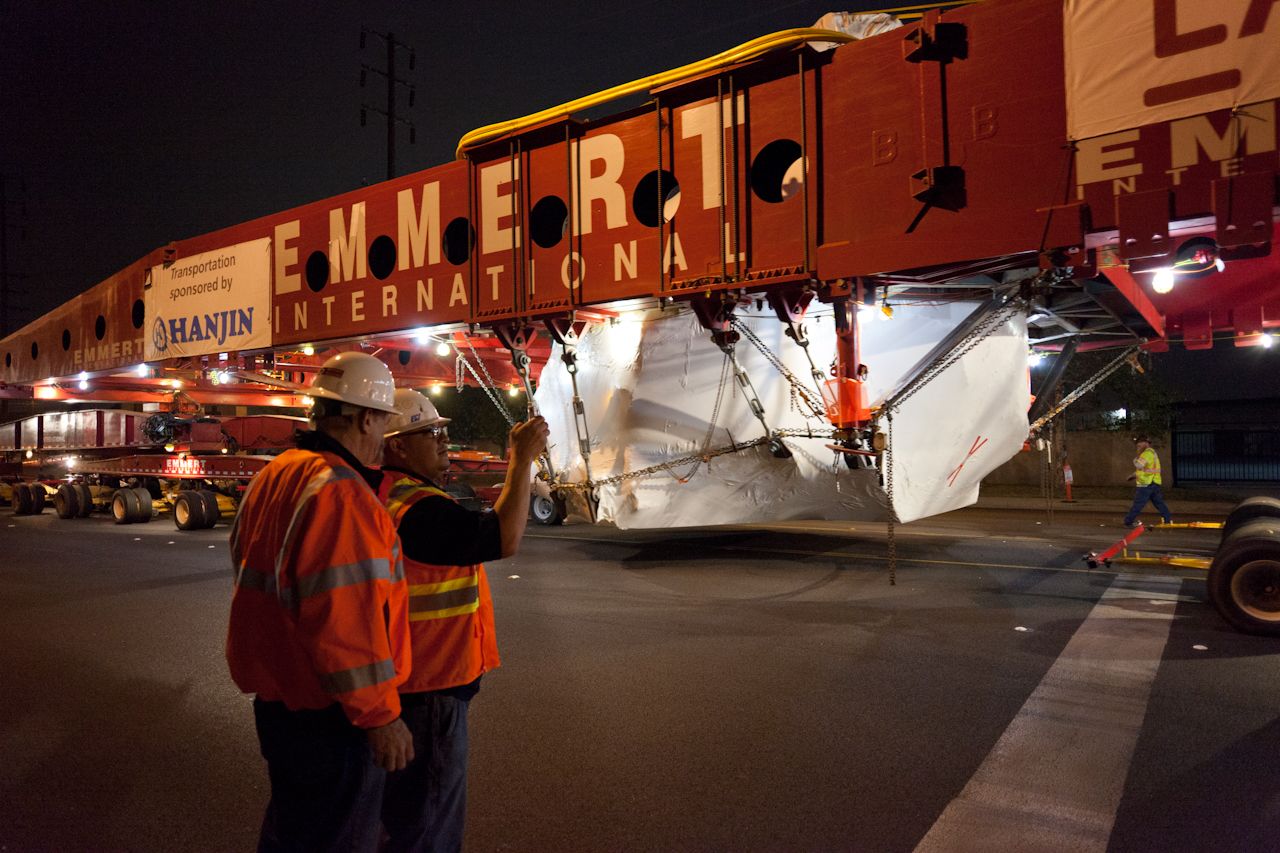