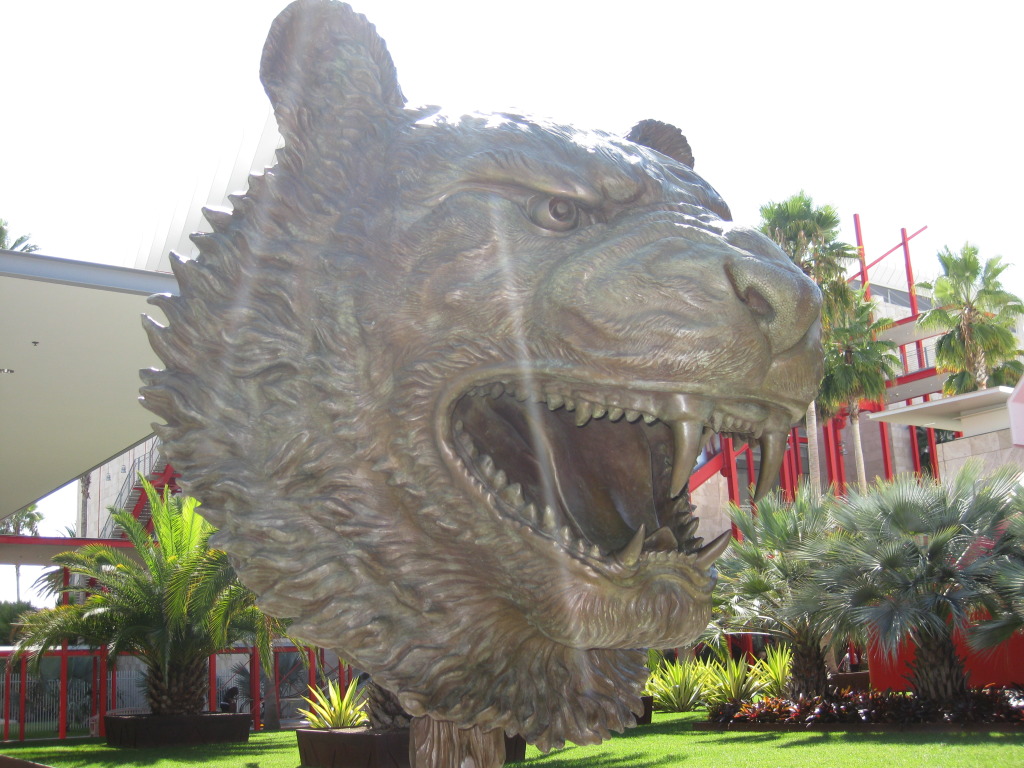 Prolific, yet increasingly mum (in the wake of his release from his illegal detention), Chinese artist Ai Weiwei has brought one of his six sets of larger than life bronze zodiac heads sculptures to Los Angeles. With previous installations over the summer in New York’s Central Park as well as in conjunction with his Lisson Gallery exhibition in London, Circle of Friends / Zodiac Heads is now on view at Los Angeles Country Museum of Art (LACMA). In his first public sculptural project ever, the monumental scale alone of these sculptures – clocking in at 10ft+ – is compelling enough, even a bit intimidating at times. Yet it’s the intricately sculpted details of the heads, especially the more complex ones (ie. dragon, rooster, tiger, horse, ram), that leaves the viewer awe-struck.

Arguably most important of all is the historical significance of his reinterpretation. The originals once adorned the Zodiac Fountain in Yuan Ming Yuan in Beijing in 1750 until being looted by Anglo-French troops 100 years later during the Second Opium War in 1860. As a whole, the installation both implores people to experience the aesthetic nuance of the sculptures themselves, while discovering and appreciating a culture and a history perhaps foreign to that of their own. The exhibition runs through February 12, 2012, so get out there if you can, and while you’re there check out the impressive and extensive Tim Burton retrospective before its close on Halloween.

More shots of the installation after the jump. 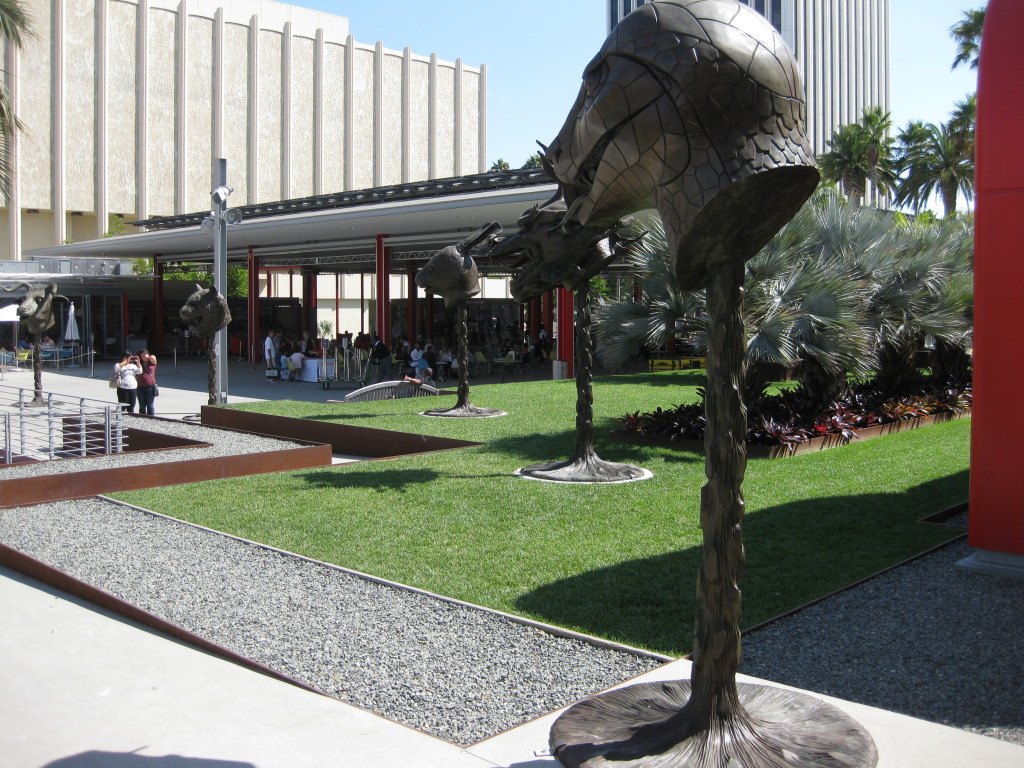 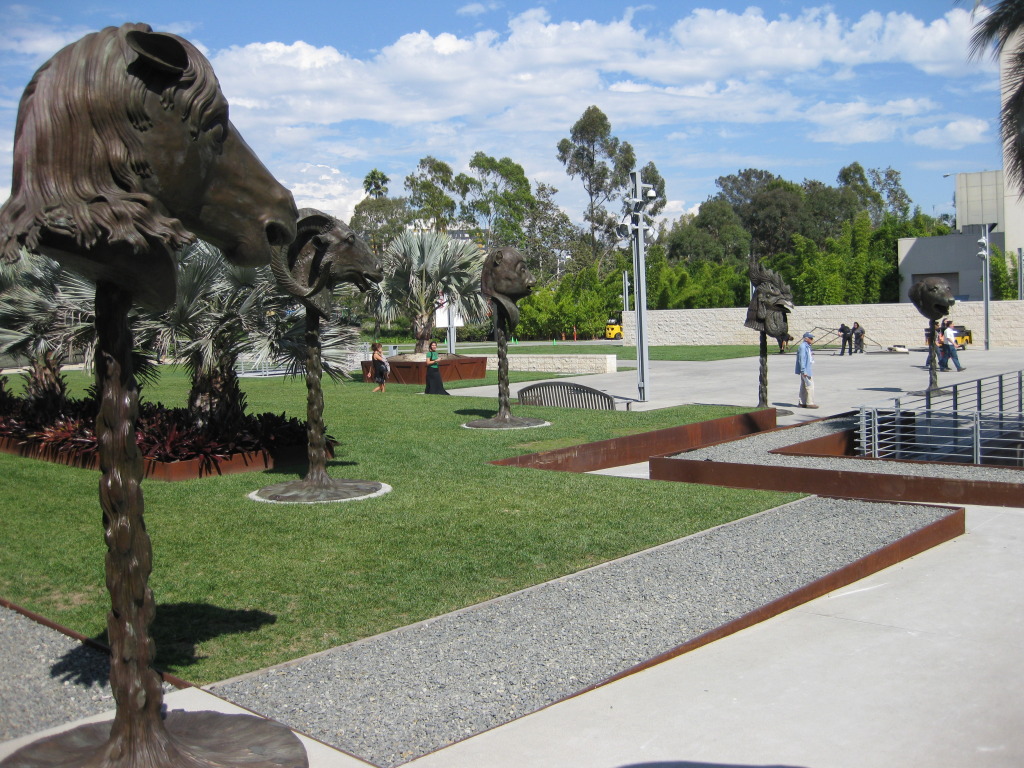 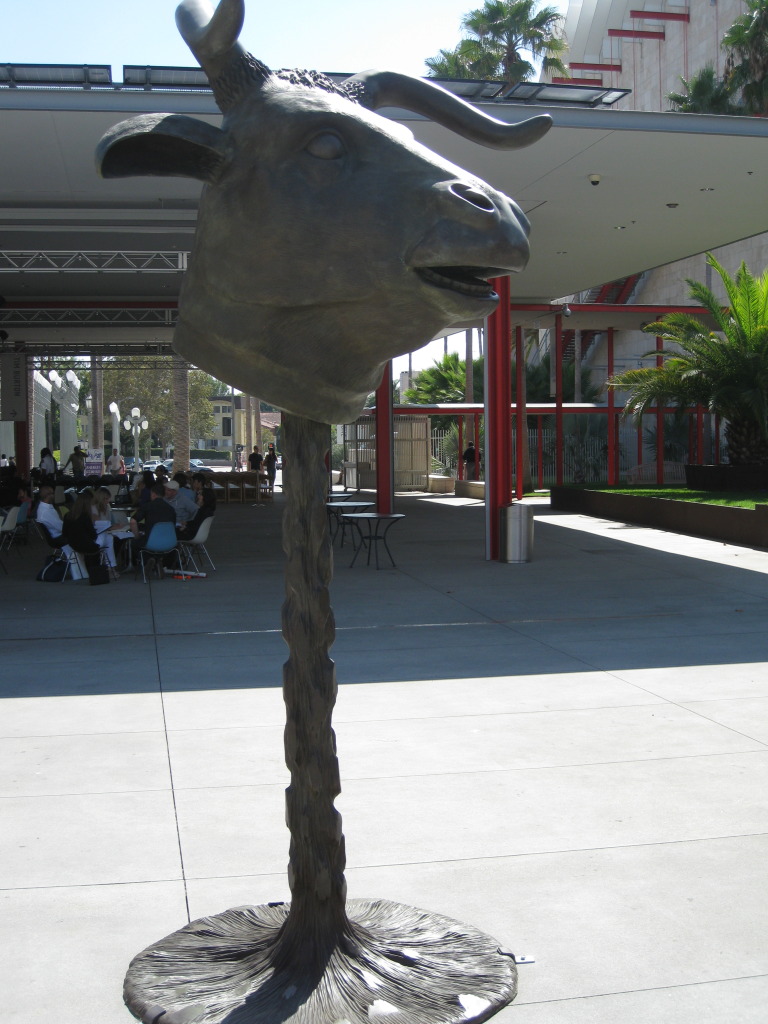 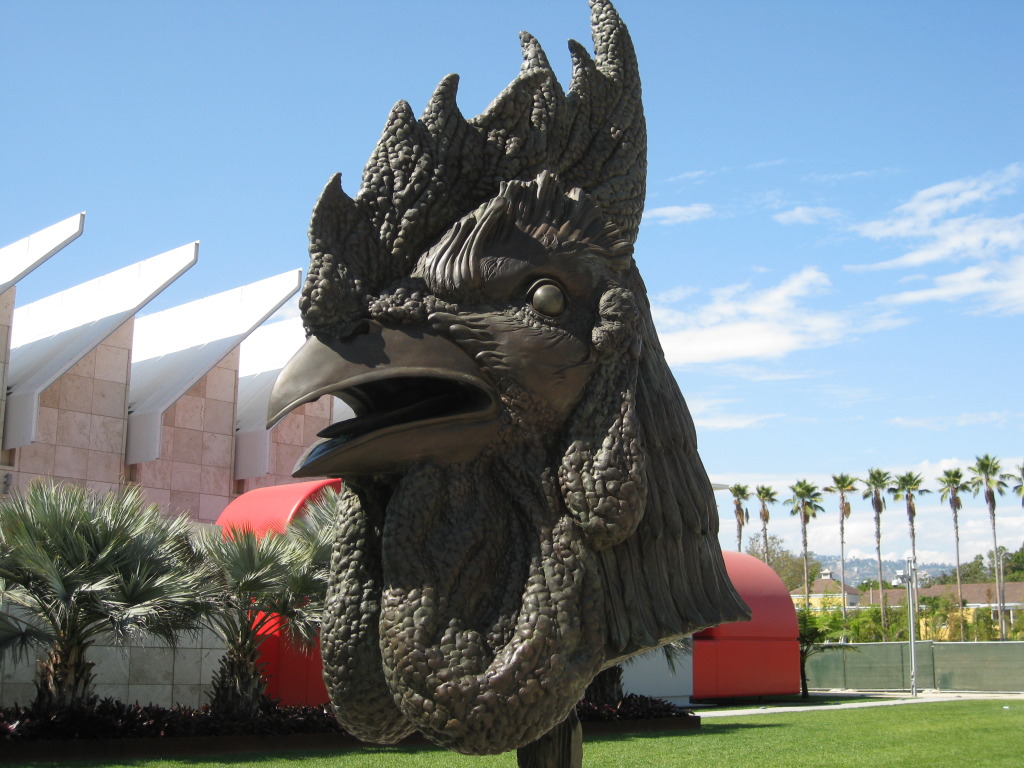 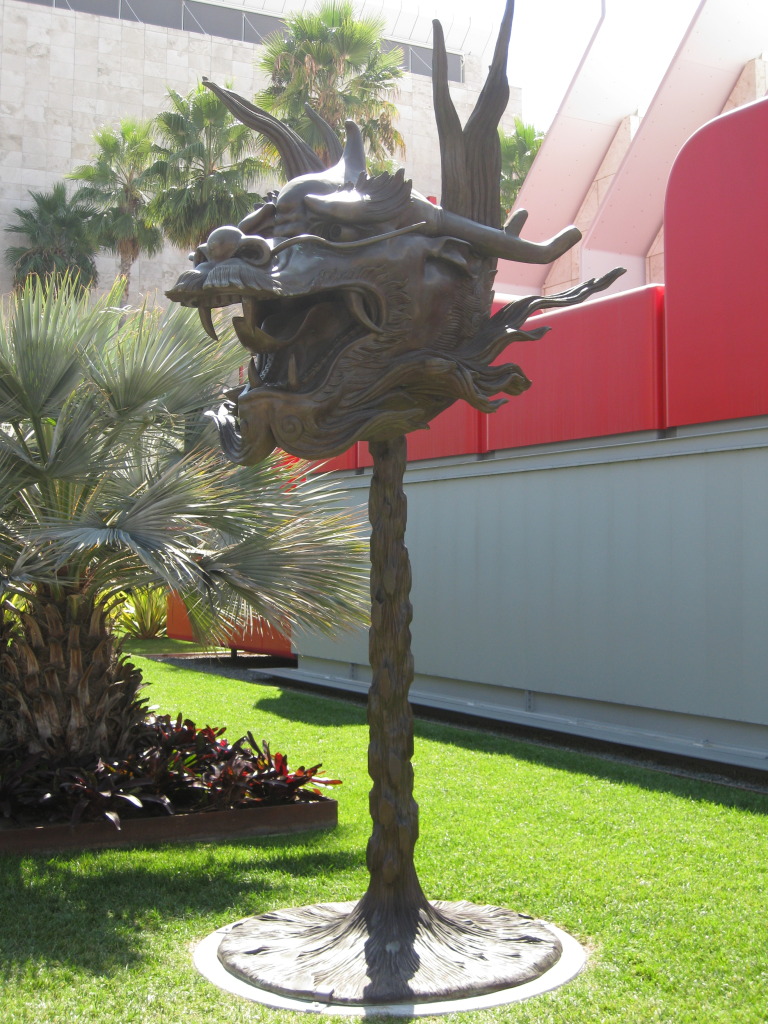