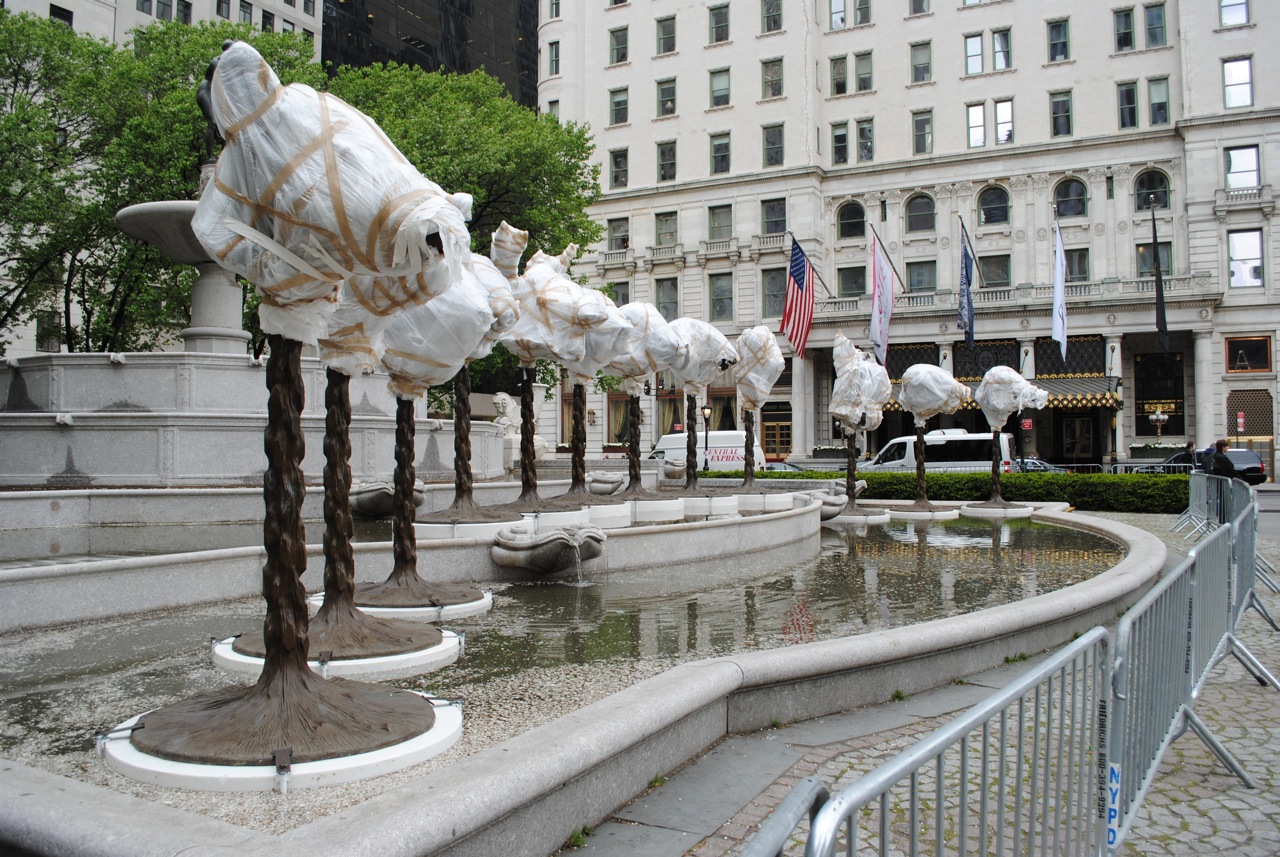 Postponed by Mayor Bloomberg due to the unexpected capture of Osama bin Laden and his need to address the City of New York properly Monday, May 2nd, which was the original date scheduled for the official reveal of Circle of Animals / Zodiac Heads with both Ai WeiWei and Bloomberg initially doing the honors, the plastic and tape will finally be removed today. While Ai will tragically no longer be in attendance as a result of his unwarranted arrest and prolonged detention by the Chinese Government, his art will stand proud and tall in his place. Originally exhibited in Sao Paulo, the massive bronze sculpture set (one of 6 sets total) representing the Chinese Zodiac will be making a global tour to the United Kingdom, Europe, and Asia. In fact, next Thursday, May 12th at the Somerset House in London, one of the sets will be exhibited as well. The Central Park installation at Pulitzer Fountain in Grand Army Plaza runs through Thursday, July 7th.

Check out a shot of their efforts to move these enormous works into place after the jump. 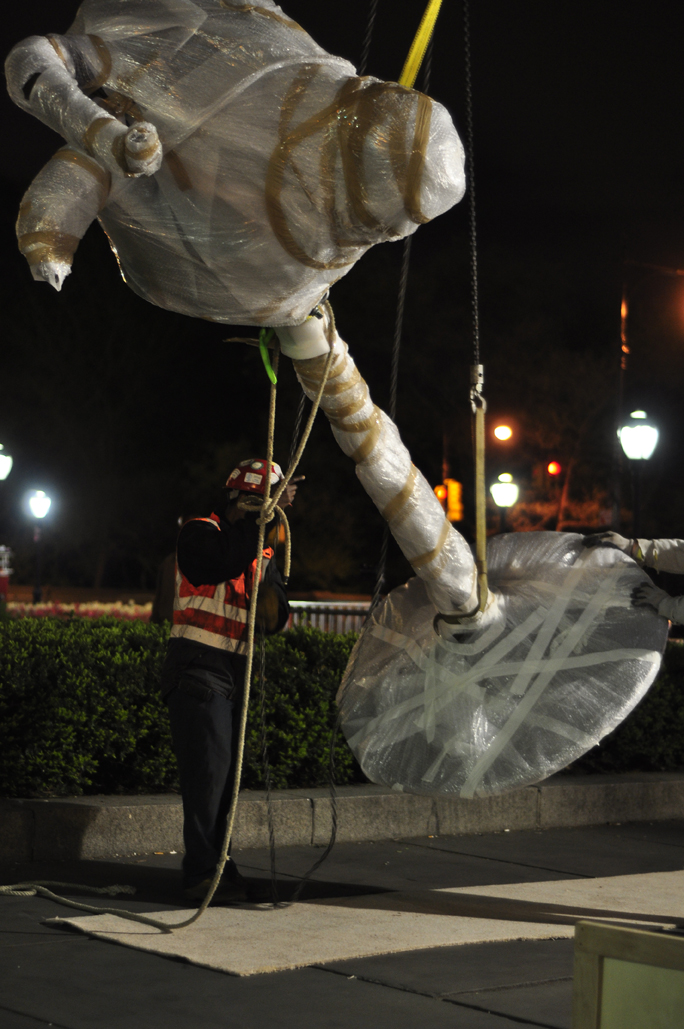