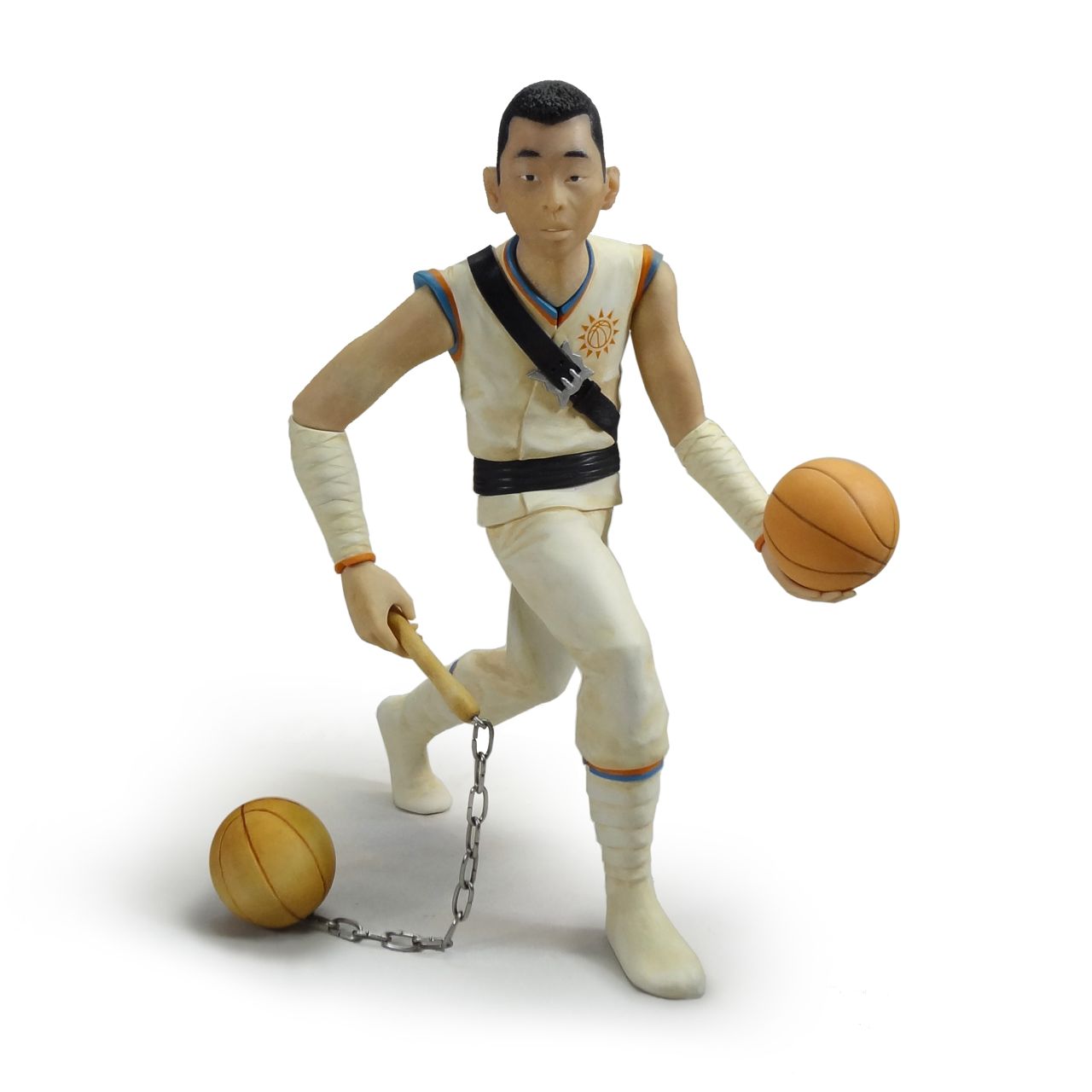 Hey ninjas… if you follow the NBA, you’re probably aware of the sensation known as Jeremy Lin, the Taiwanese American basketball phenom who has inspired excitement (aka Linsanity) among legions of fans around the world. Now, artist  Michael Leavitt (interviewed) – working with our friends at the Jailbreak Collective – has inducted the NY Knick into his infamous Art Army series by mashing-up Lin with G.I. Joe master ninja Storm Shadow to create a one of a kind “Linja” action figure.

Similar to the quality sculptures seen in his sold out show at Jonathan LeVine (covered), this Linja is fully poseable, with moving parts and interchangeable accessories, such as a backpack and basketball nunchucks. We were impressed with the little details, like the logo incorporating the Taiwan emblem and his name and jersey numbers written in Chinese. If you want Leavitt’s Linja sculpture as part of your collection, it is available here.

Check the details after the jump. 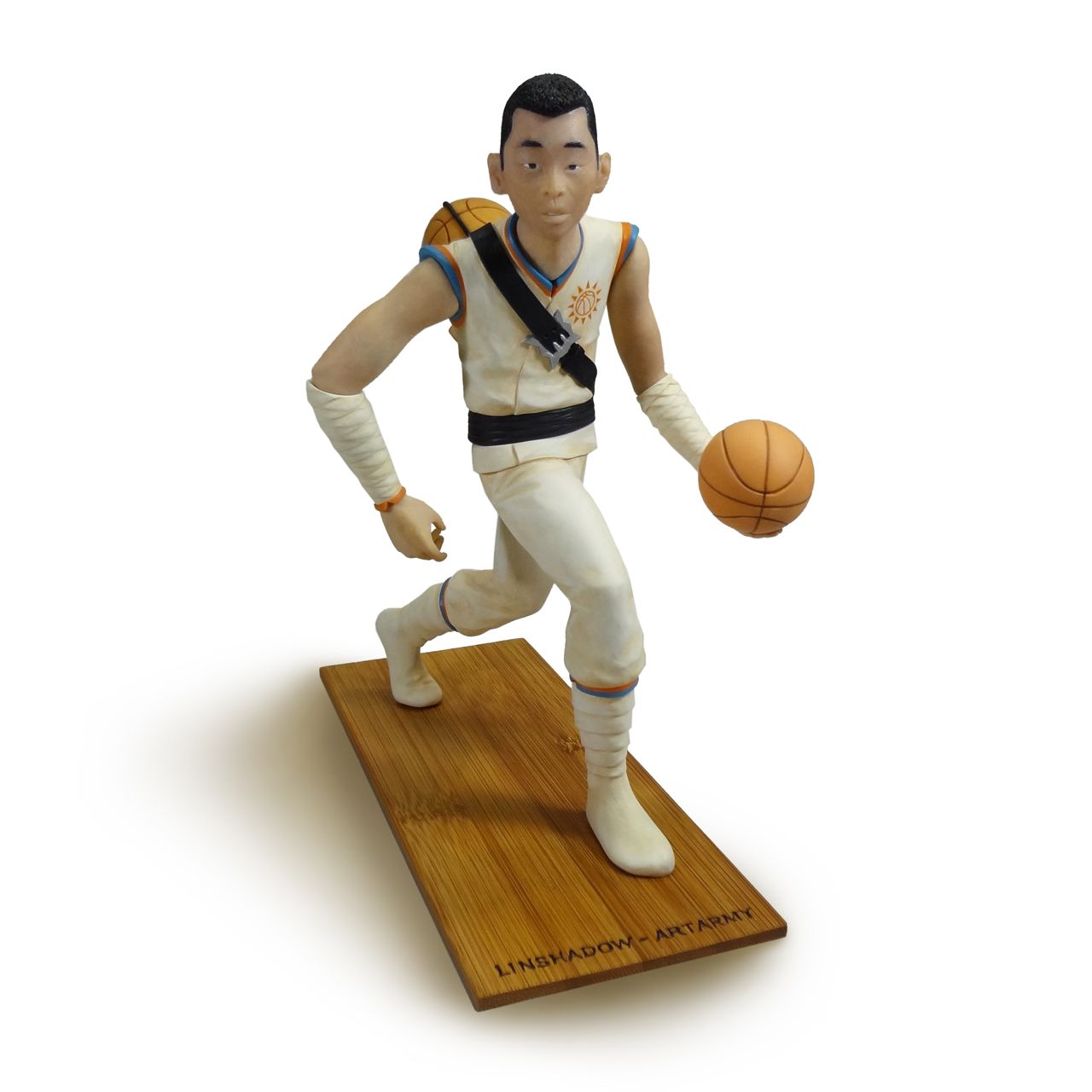 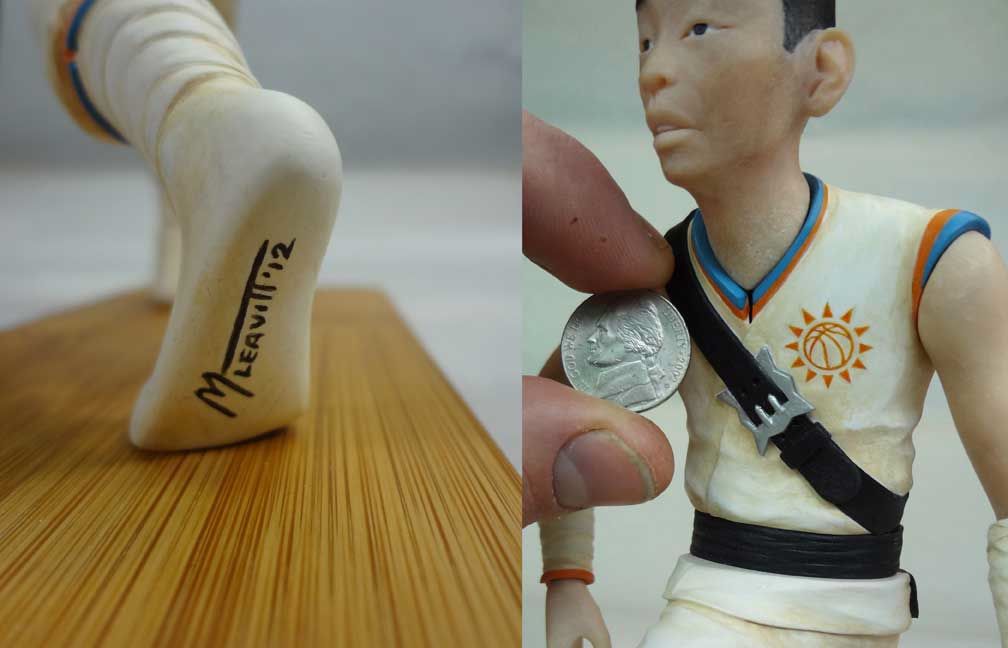