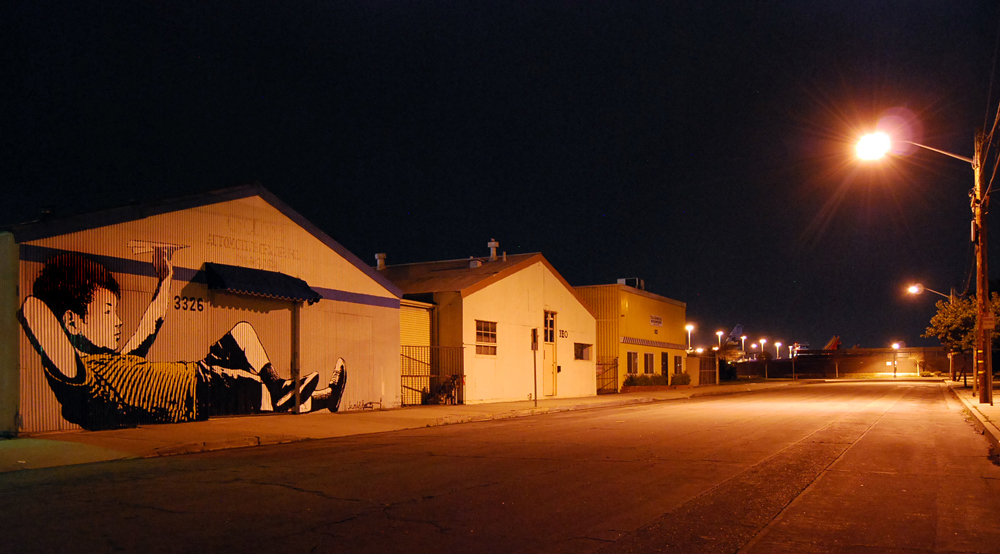 The latest mural by Bumblebee, part of his ongoing series highlighting the plight of children affected by homelessness, has gone up in Los Angeles.  Titled Somewhere I’d Rather Bee, it ostensibly depicts a boy playing in the streets, appearing to lounge away the day, just playing with his paper airplane.  However, the reality could be that the boy, laying on the side of the street,  is preoccupied with his imagination, dreaming about a place where his plane could possibly take him, away from his current grim situation.

A video and more images (including progress shots) after the jump… 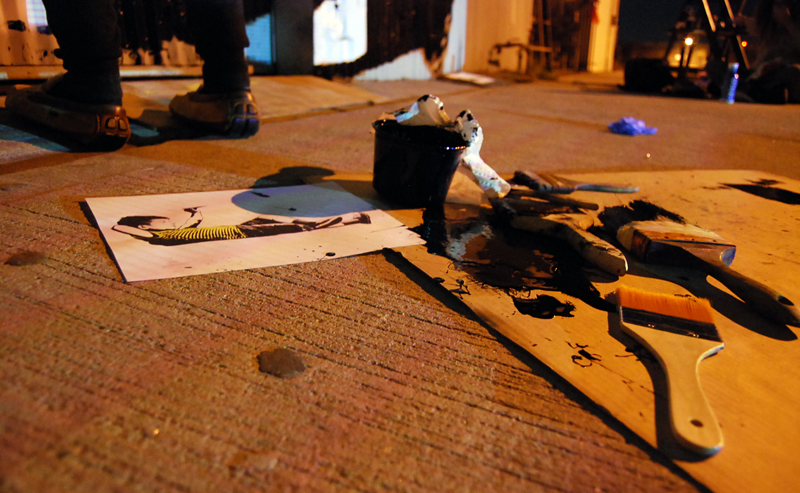 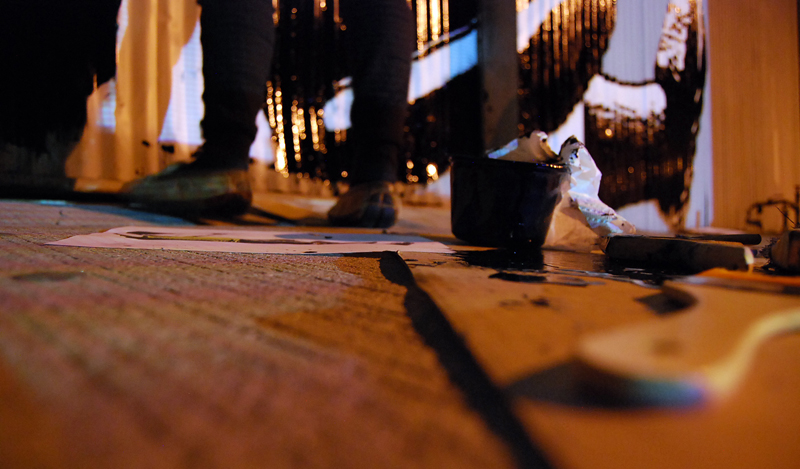 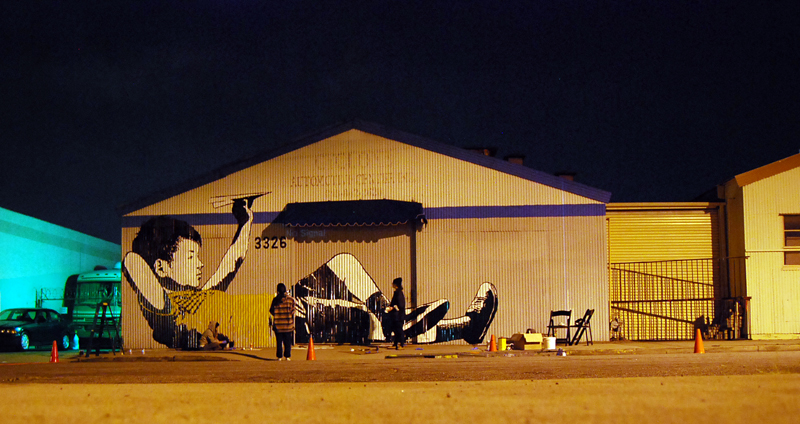 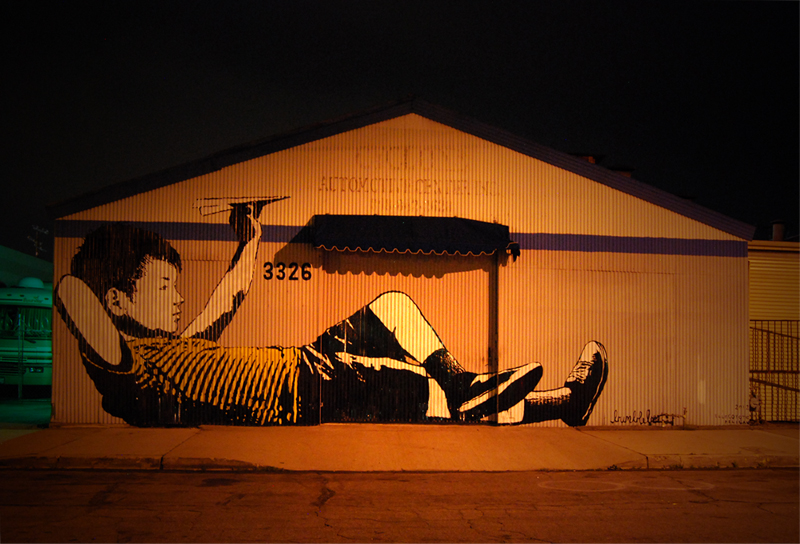