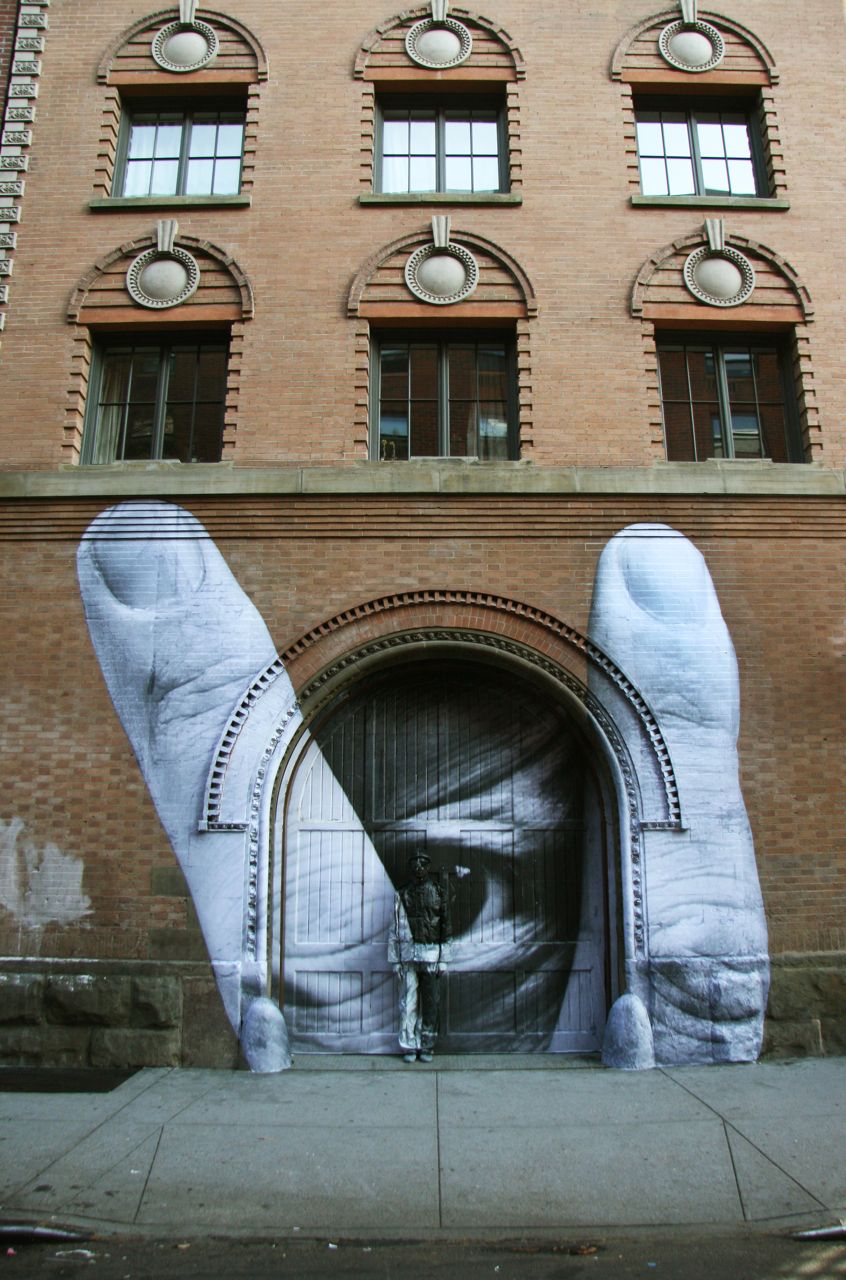 Yesterday, we gave you an inside look at the collaborative project between Liu Bolin and JR (featured). During the first part of the day, the French artist wheat-pasted up a beautiful photo mural of the Liu. Now, we get to see Chinese artist return the favor and camouflage JR into his own art with his signature touch. To accomplish this, JR changed into a custom outfit with specially marked grids, which helps “pixelate” the painted sections for Liu Bolin and his assistants to focus on. After quickly painting over the suit, Liu sat down with the TED Prize winner to apply a special wheatpaste solution to the face and protect it from the potentially toxic paint.

Proving that he’s willing to sacrifice for the sake of art, JR had no qualms about having his signature hat or sunglasses painted upon. Ever the perfectionist, Liu hovered from his elevated scaffolding for over an hour in order to get the proper perspective for the final shot, all while using a laser pointer to direct his assistants on the finishing touches. In the end, the focus and patience by both artists paid off when the photo of a photo which contained an artist within an artist was completed.

Check out more photos courtesy of Sabeth718 after the jump. 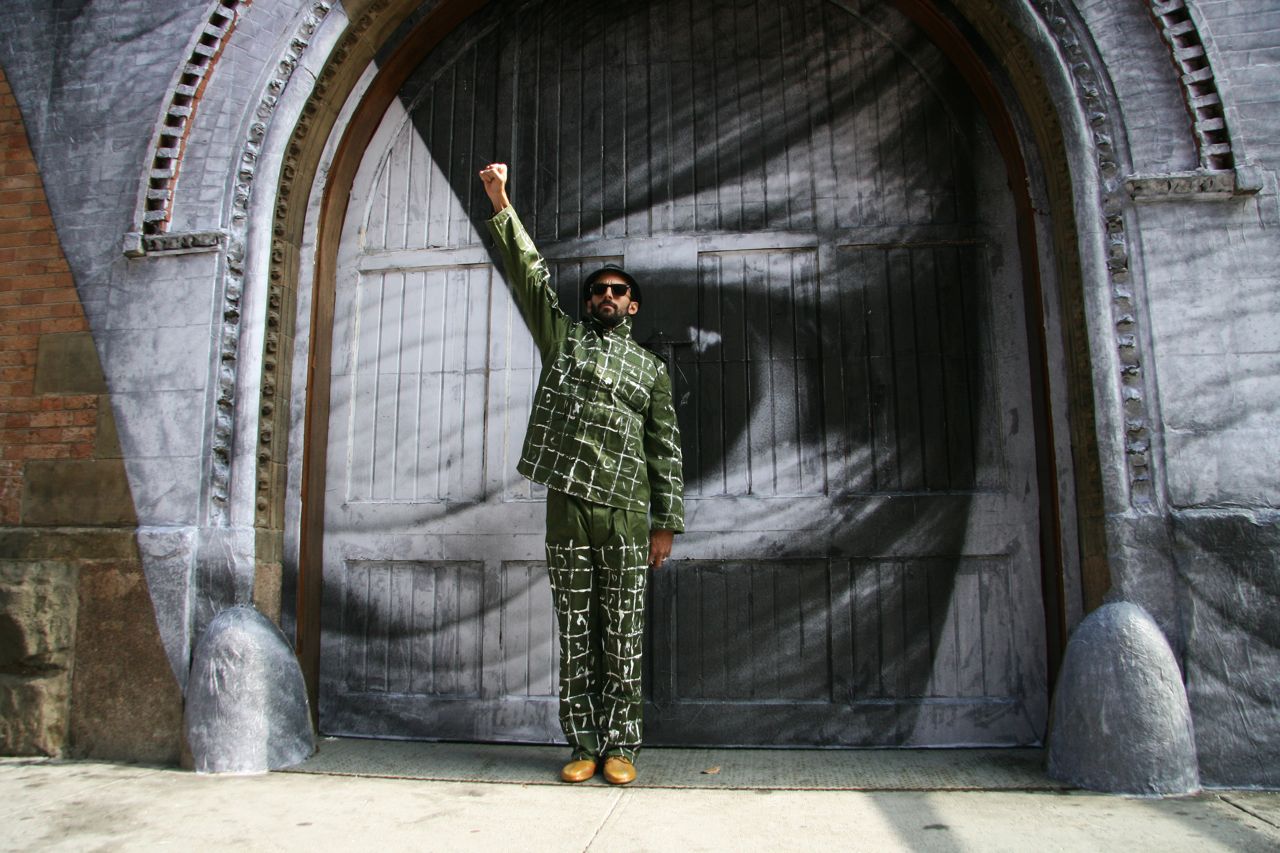 JR shows show us a little something he recently picked up in Cuba... 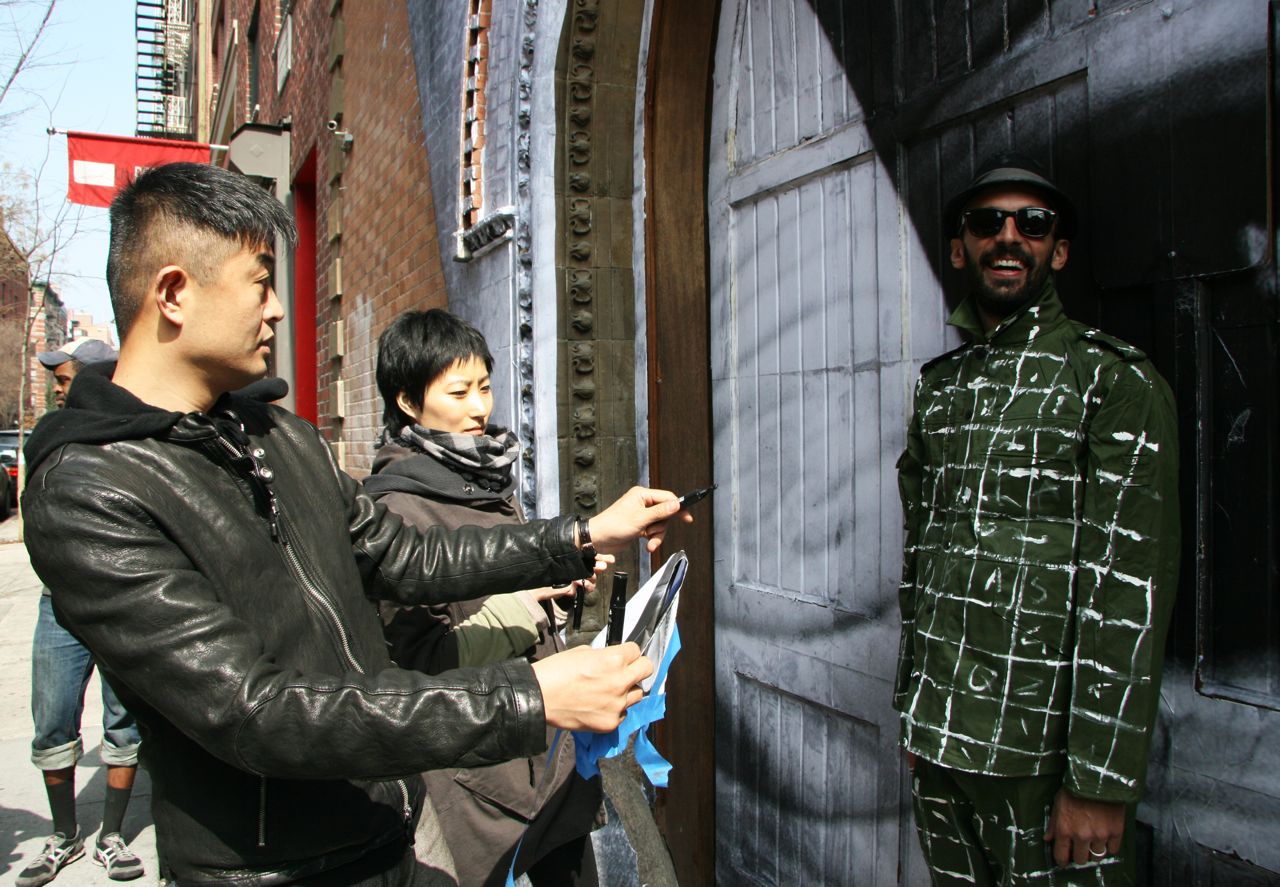 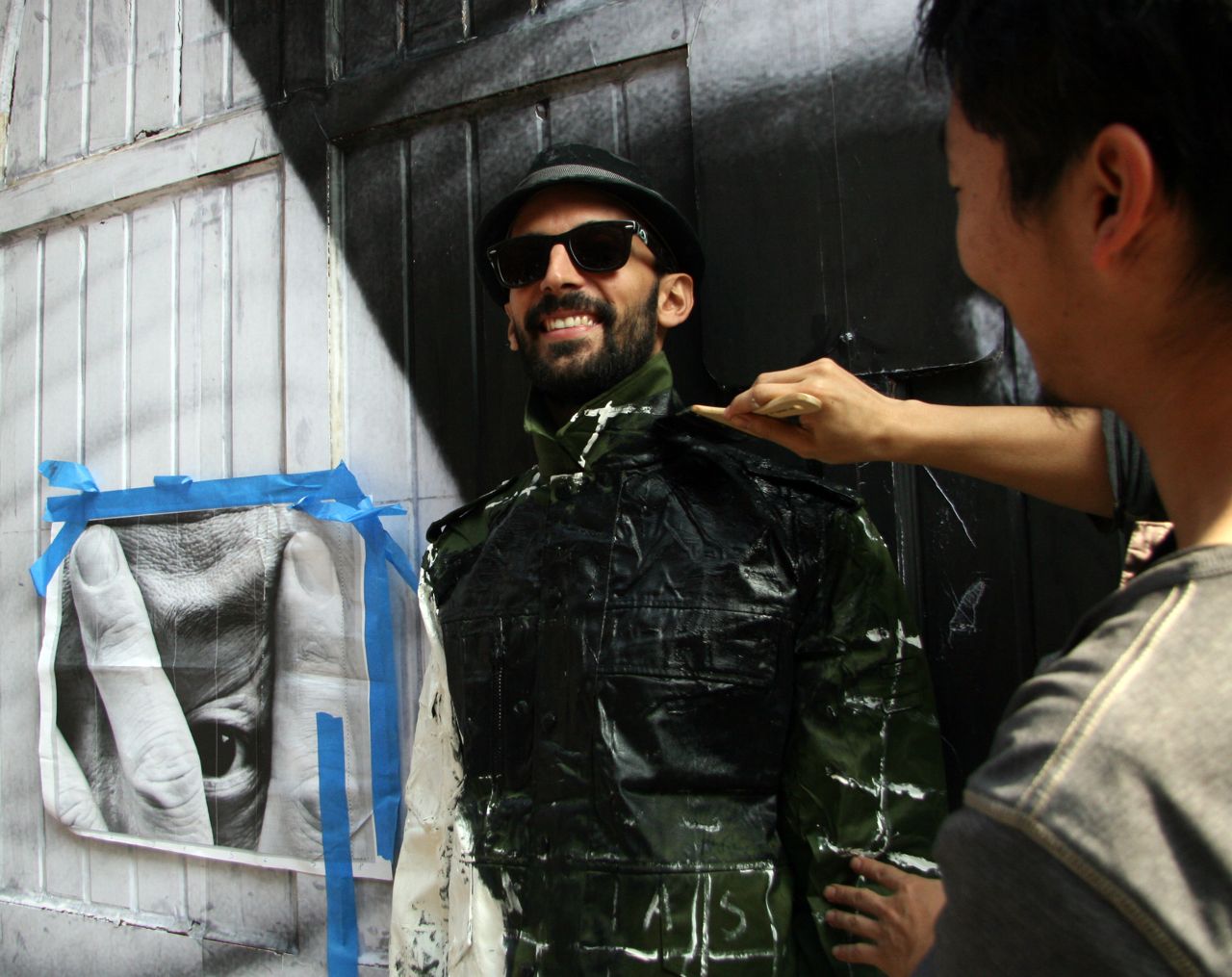 Do not smile if you don't want your teeth painted... 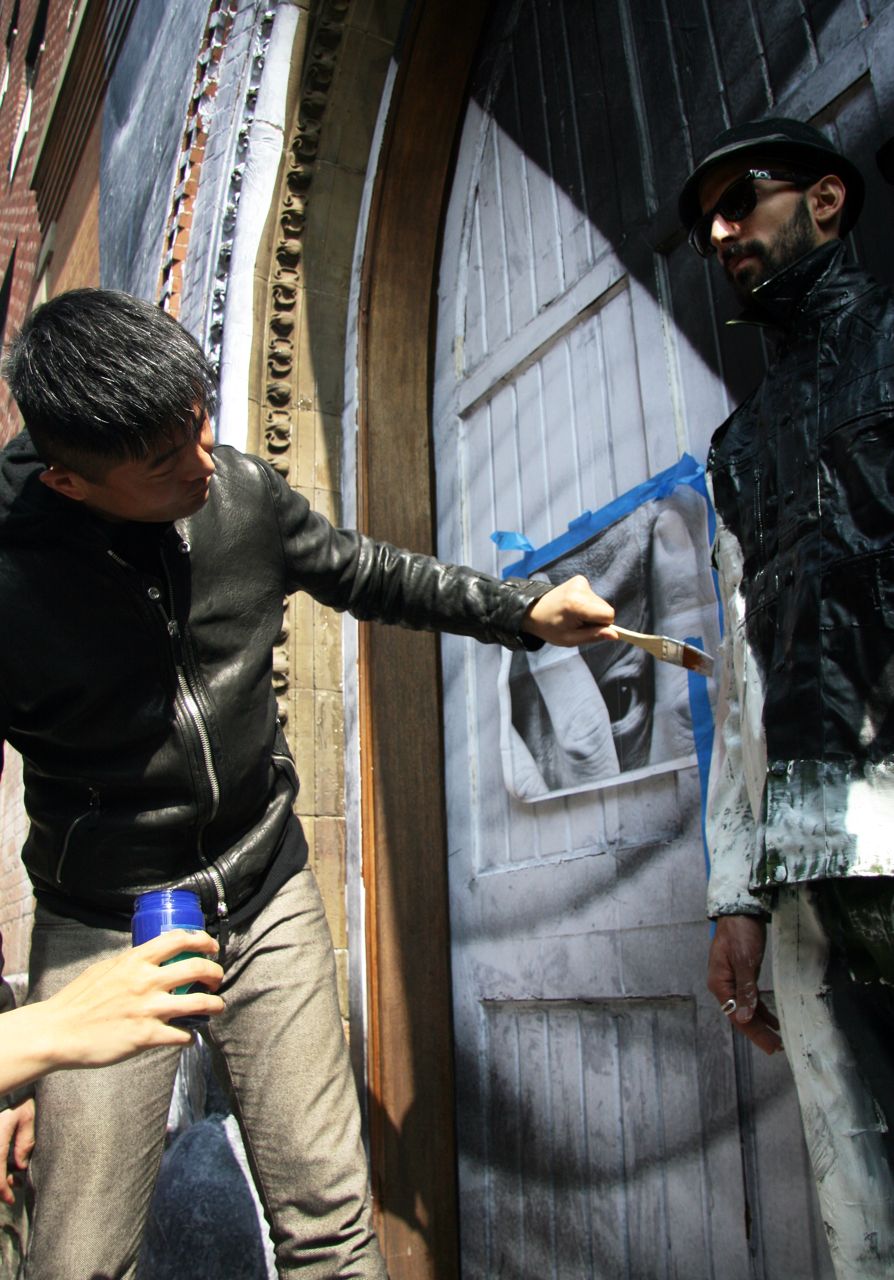 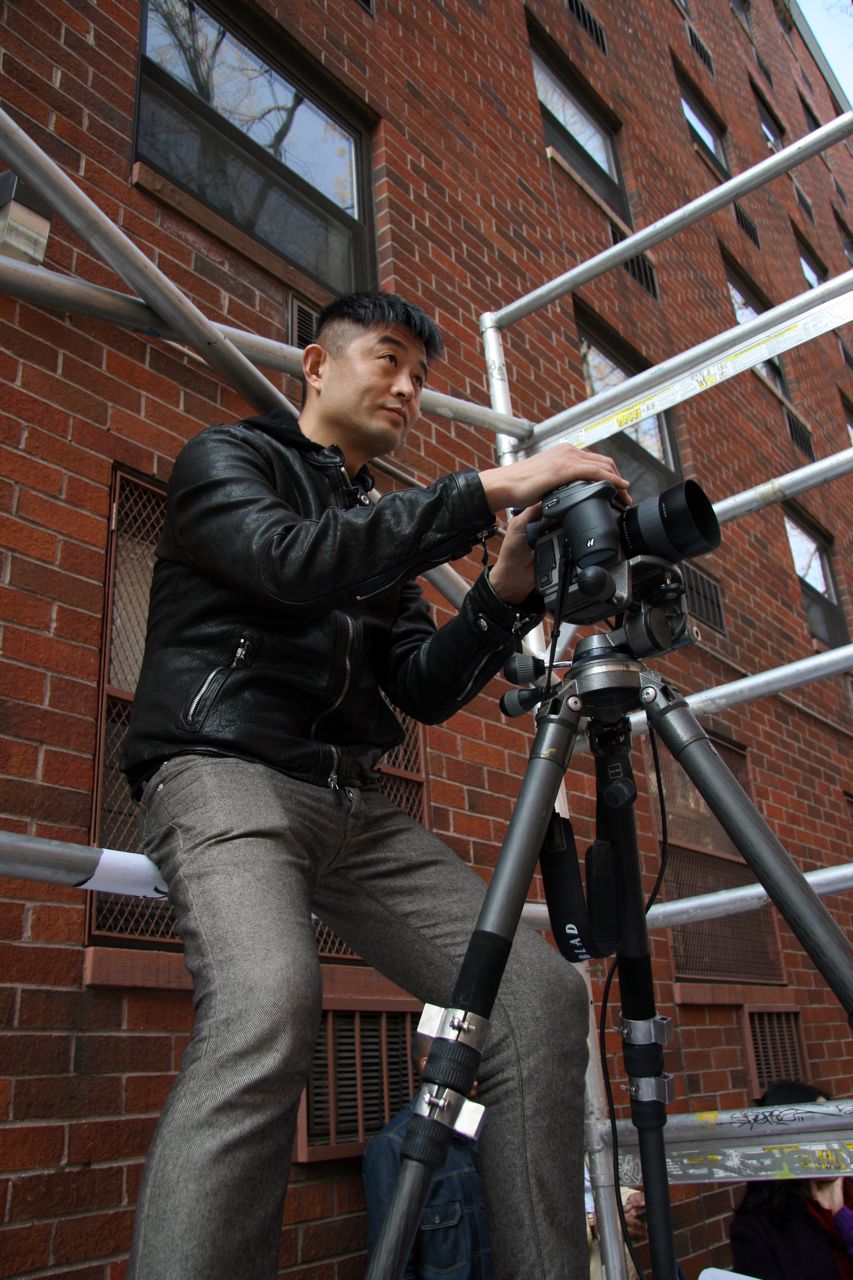 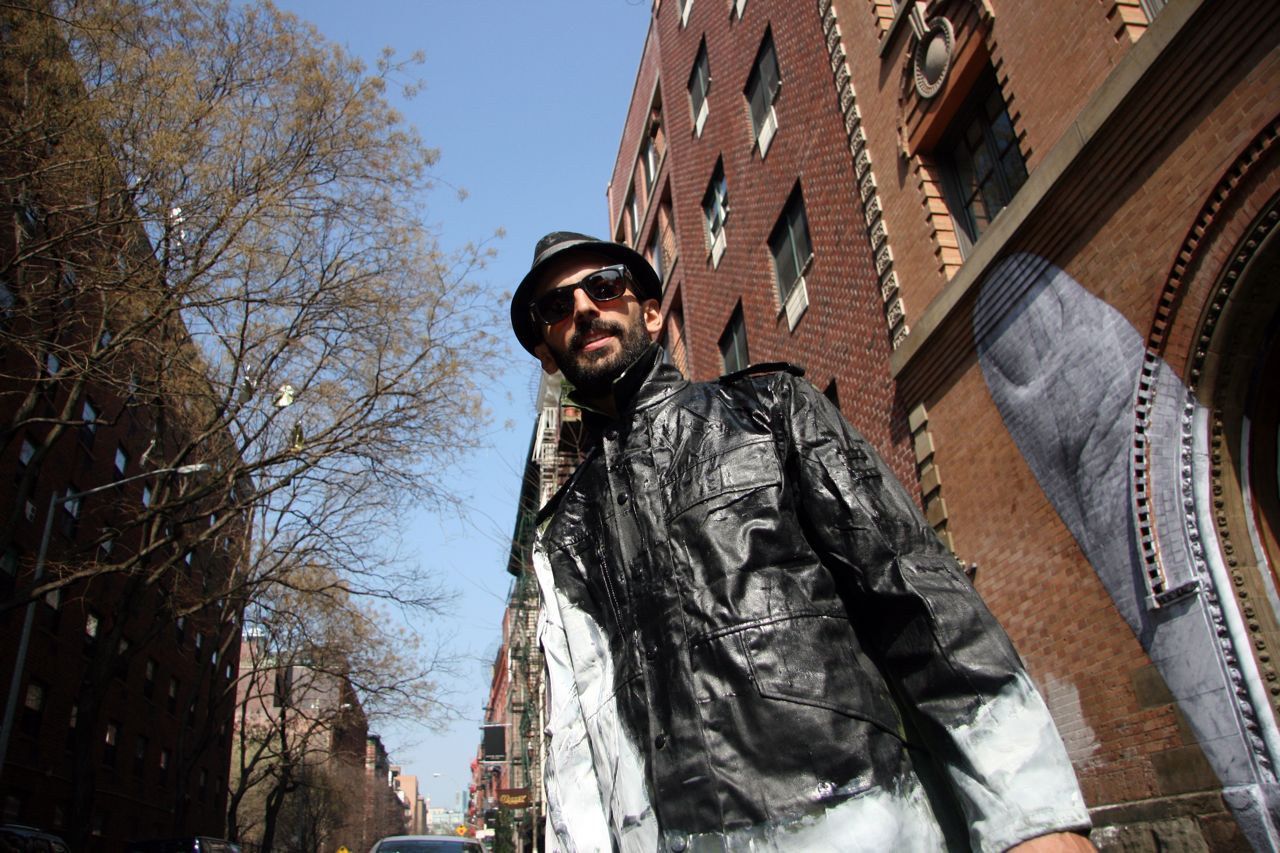 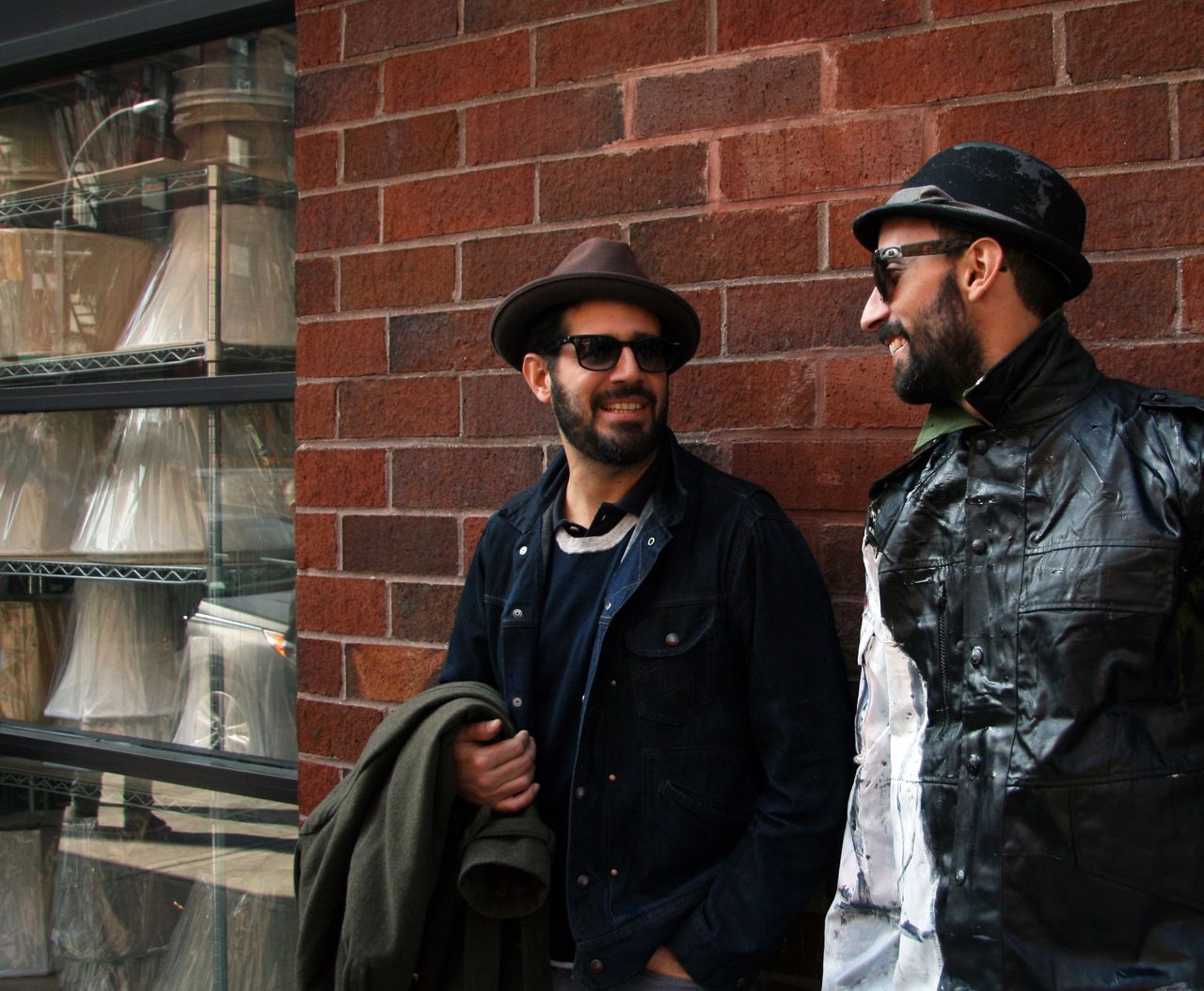 Jose Parla drops by to hang 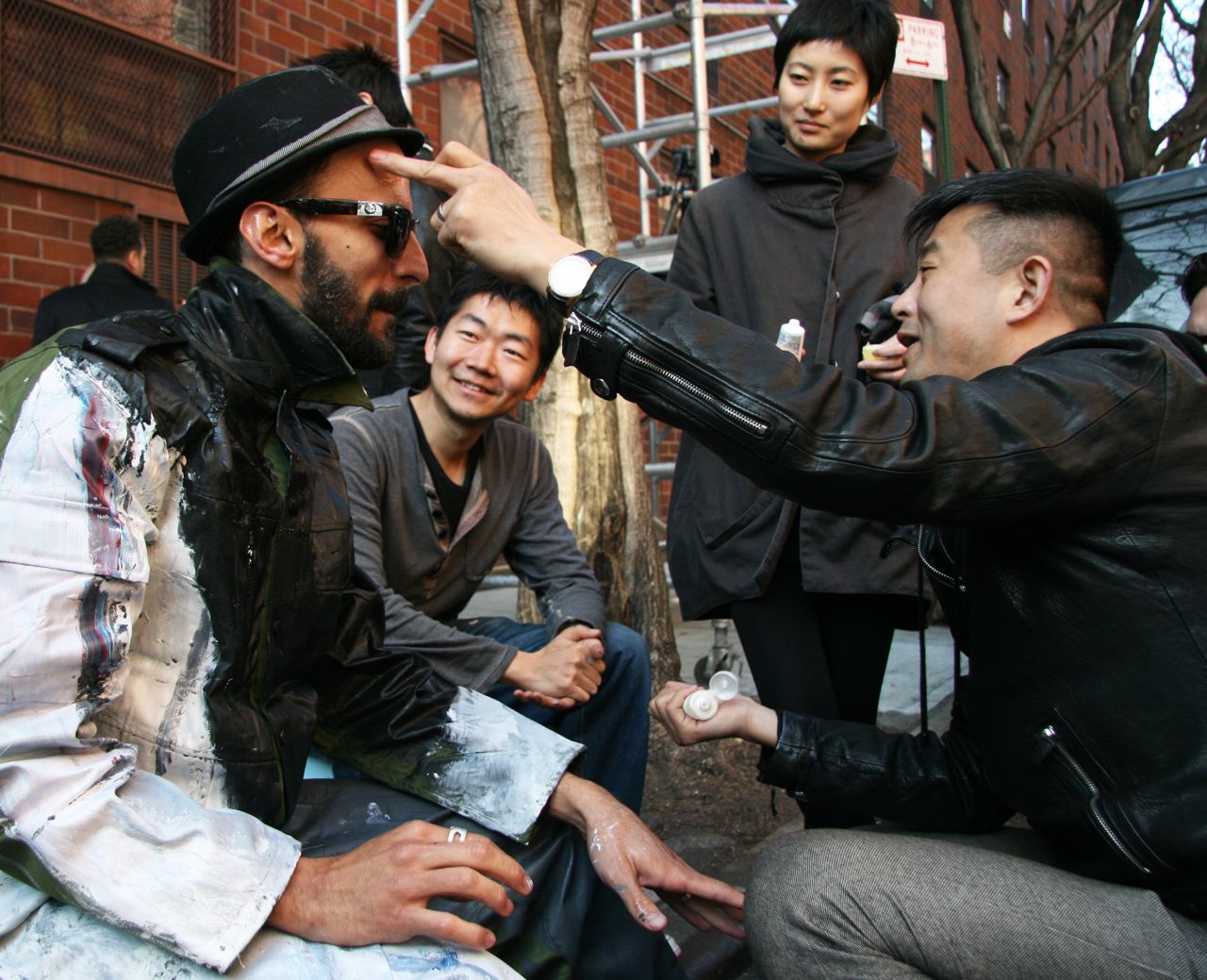 Now the wheatpaste face mask is applied by Liu. 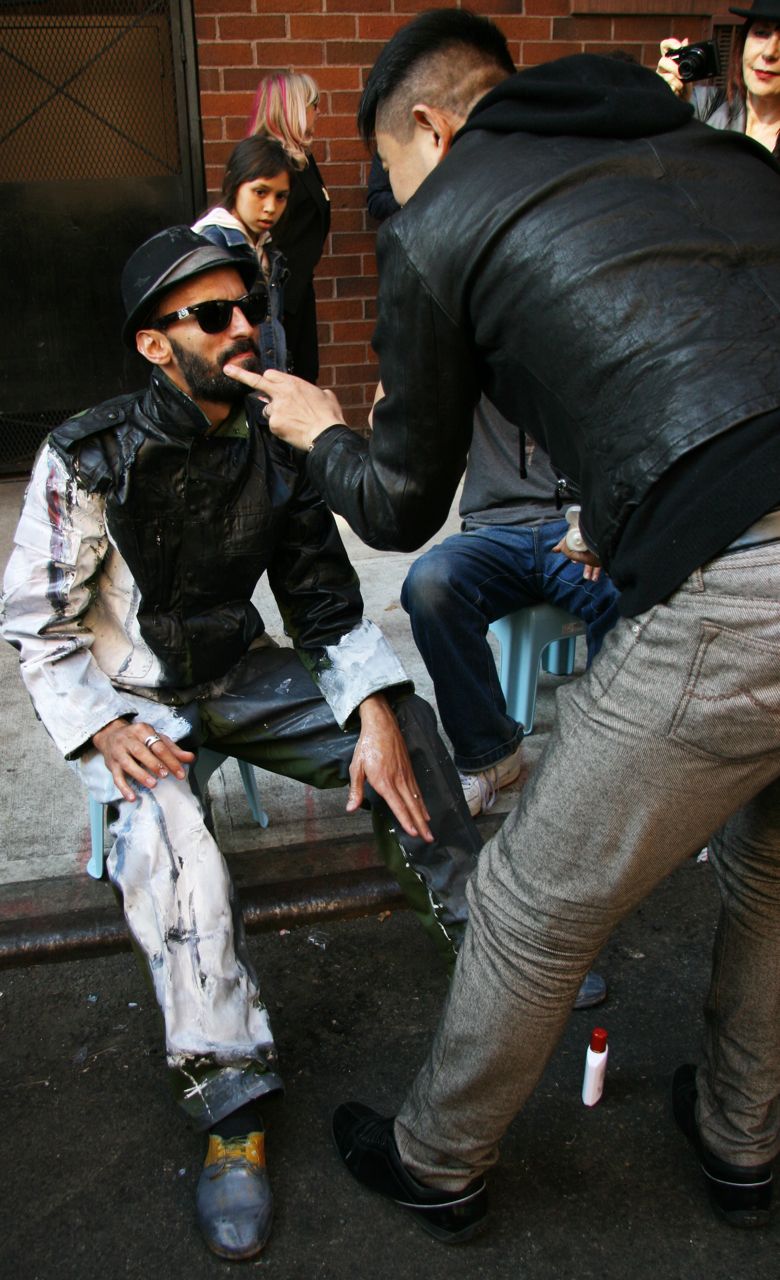 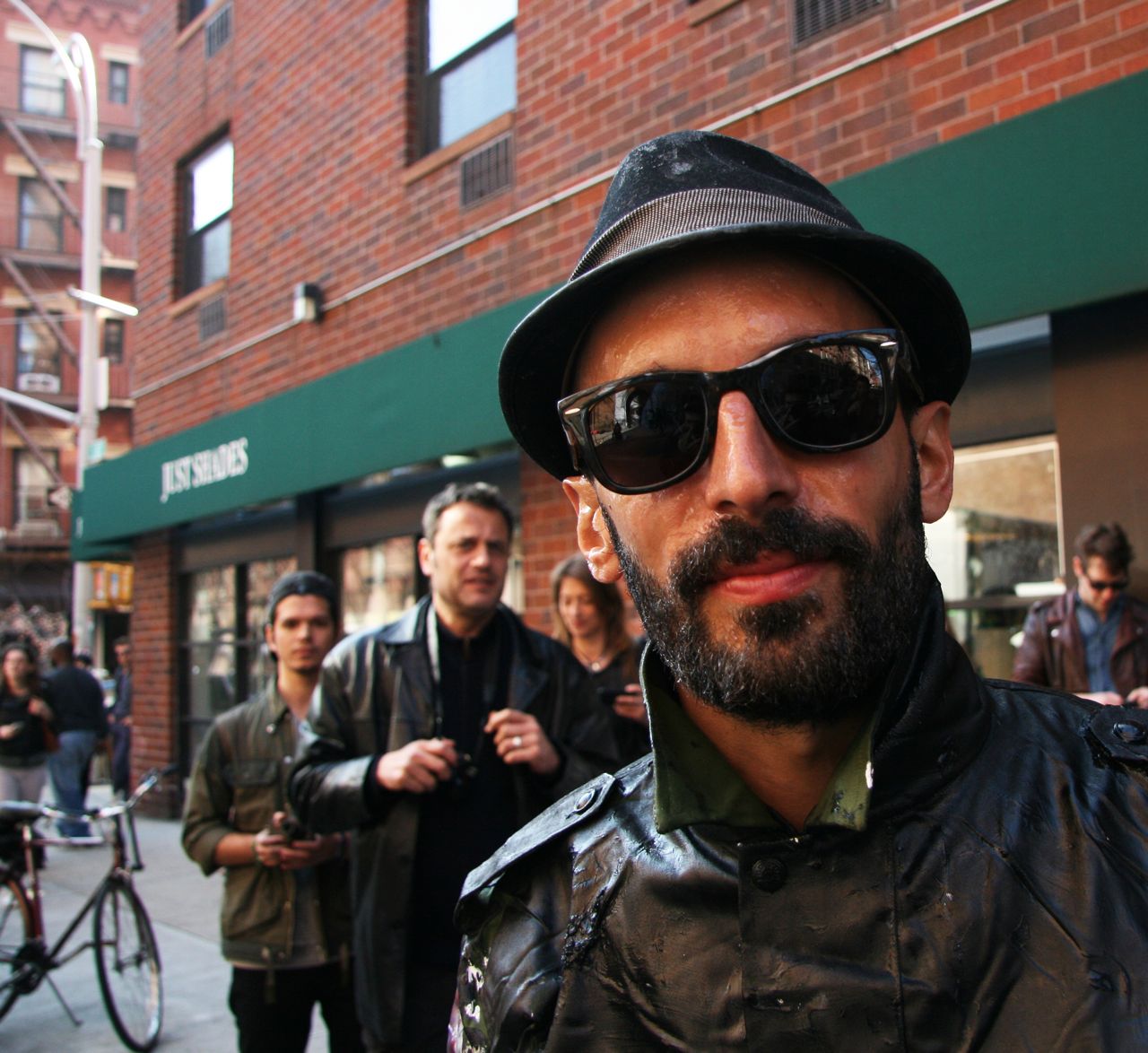 How do I look guys? 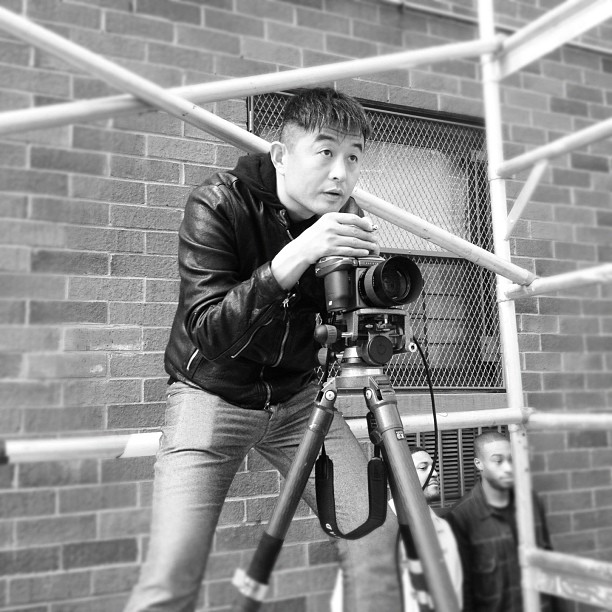 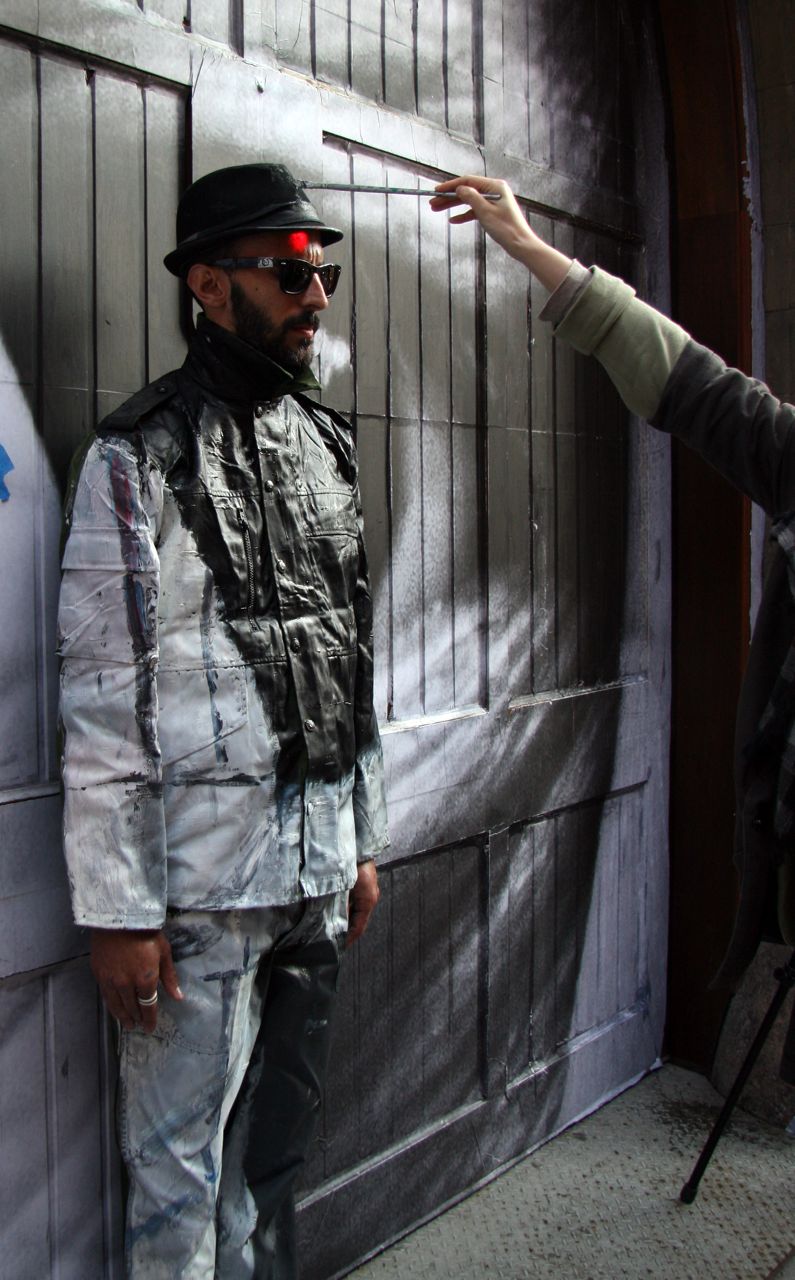 That is not a sniper is it? 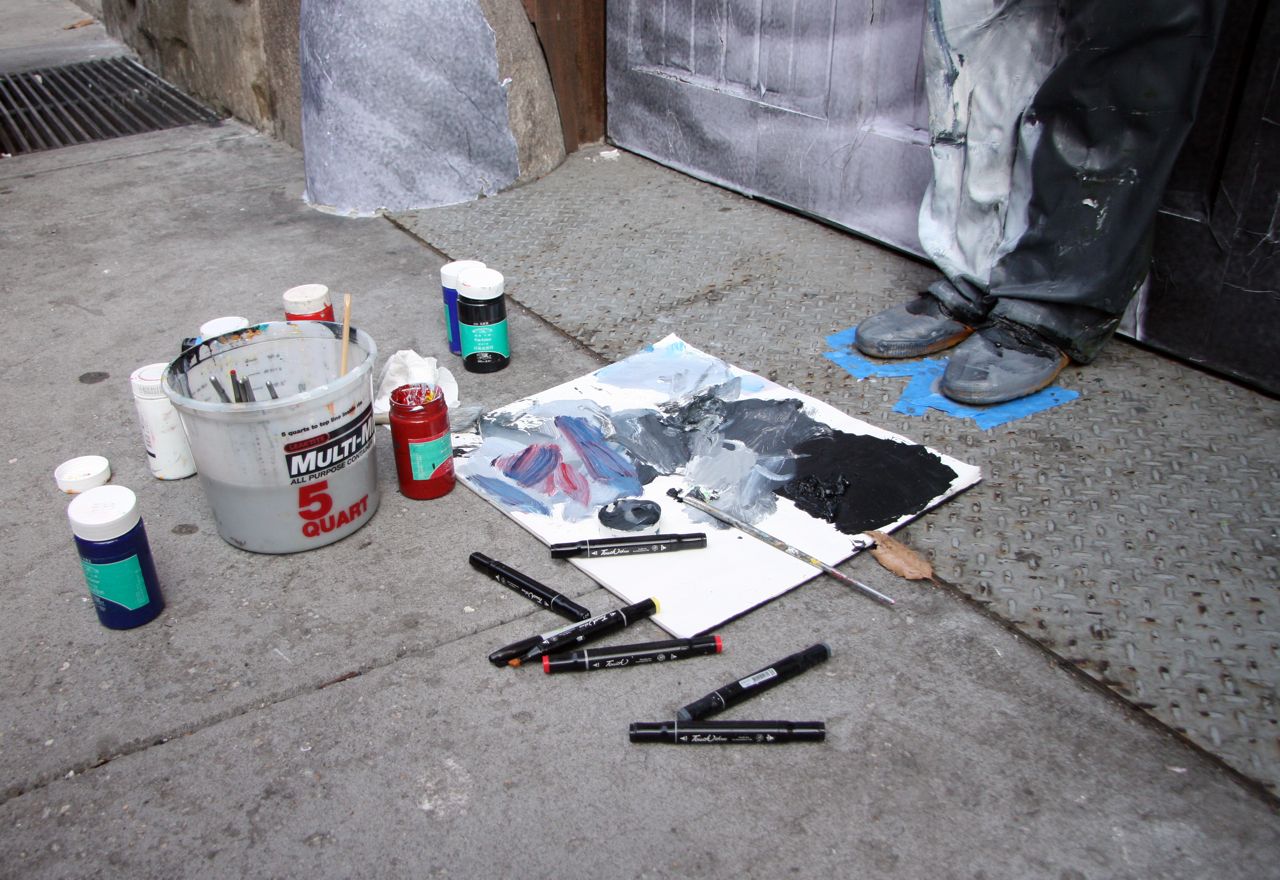 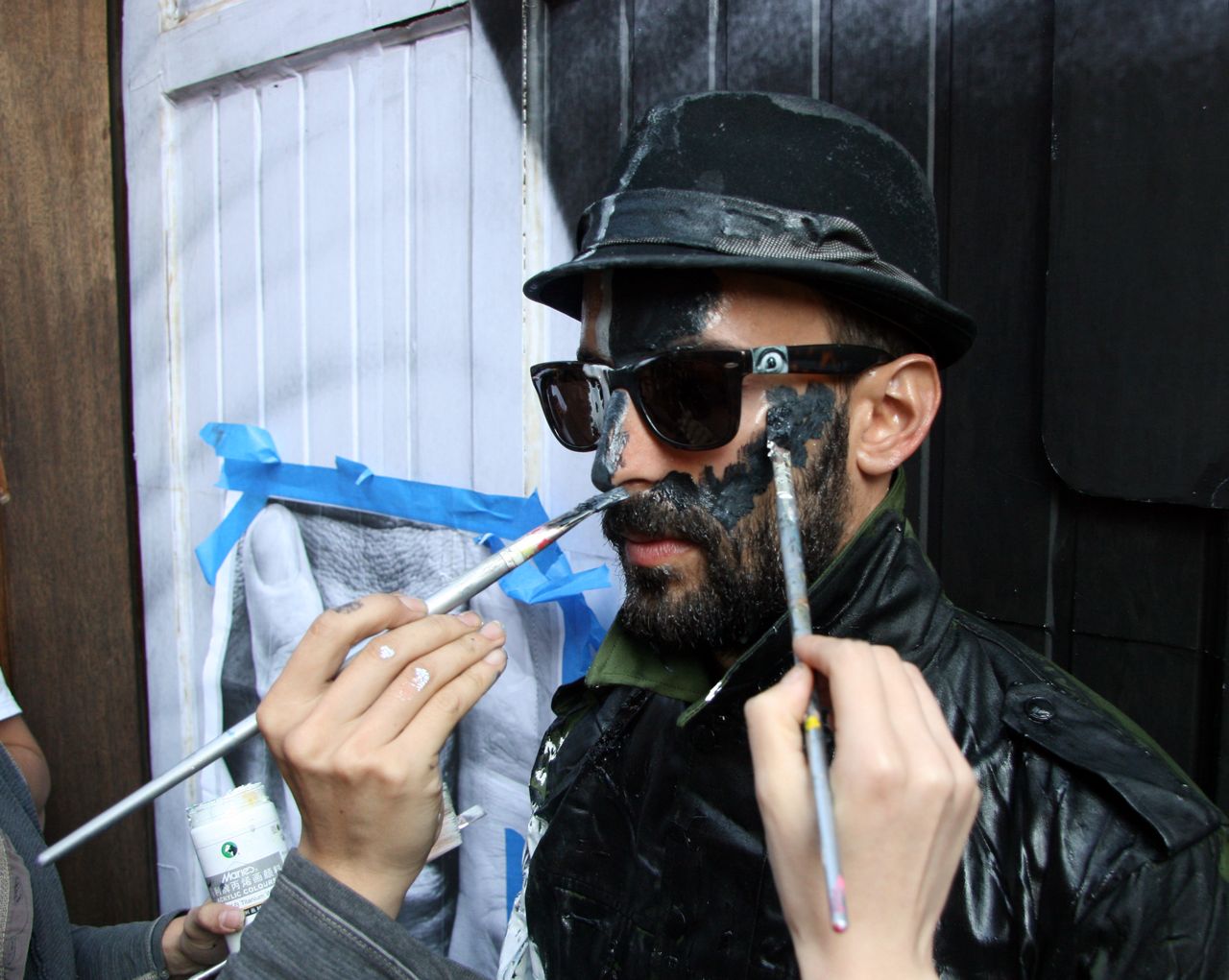 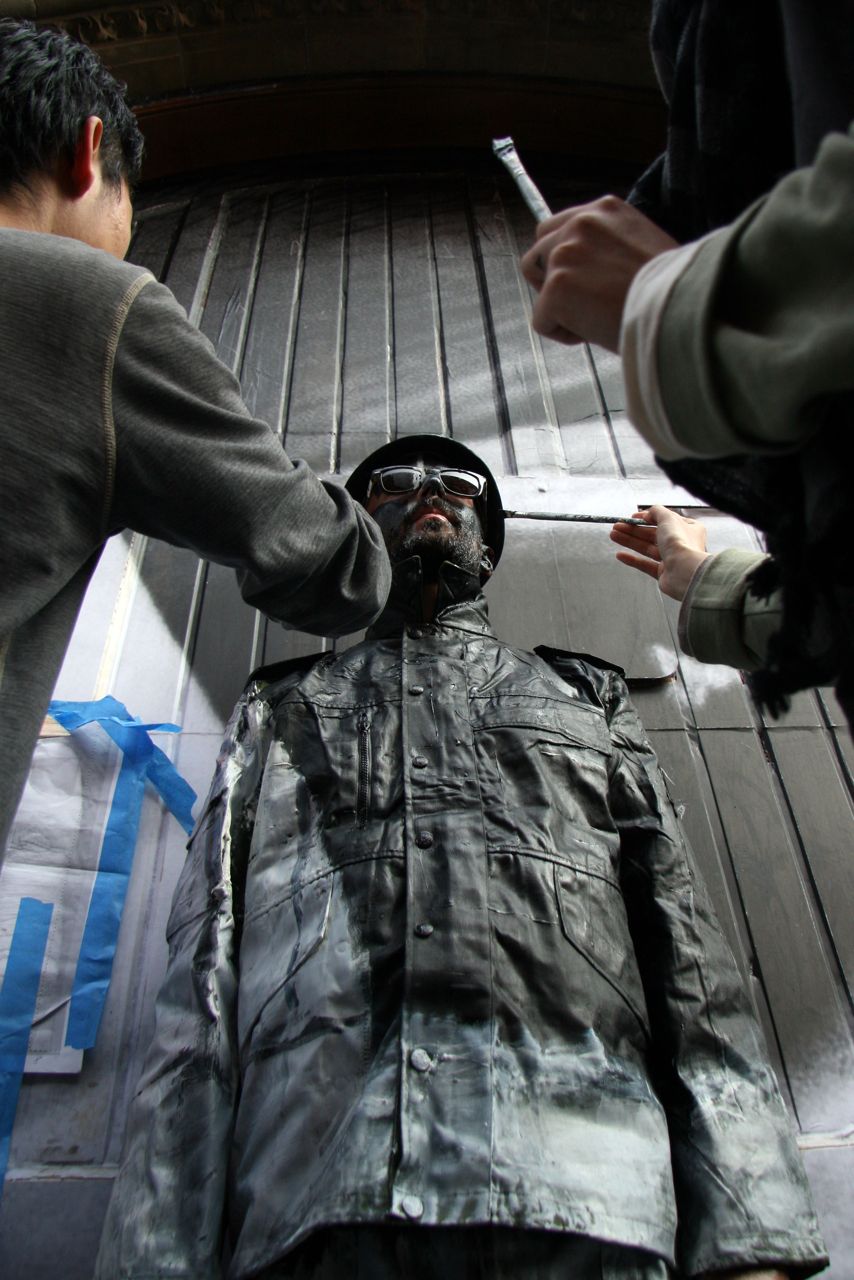 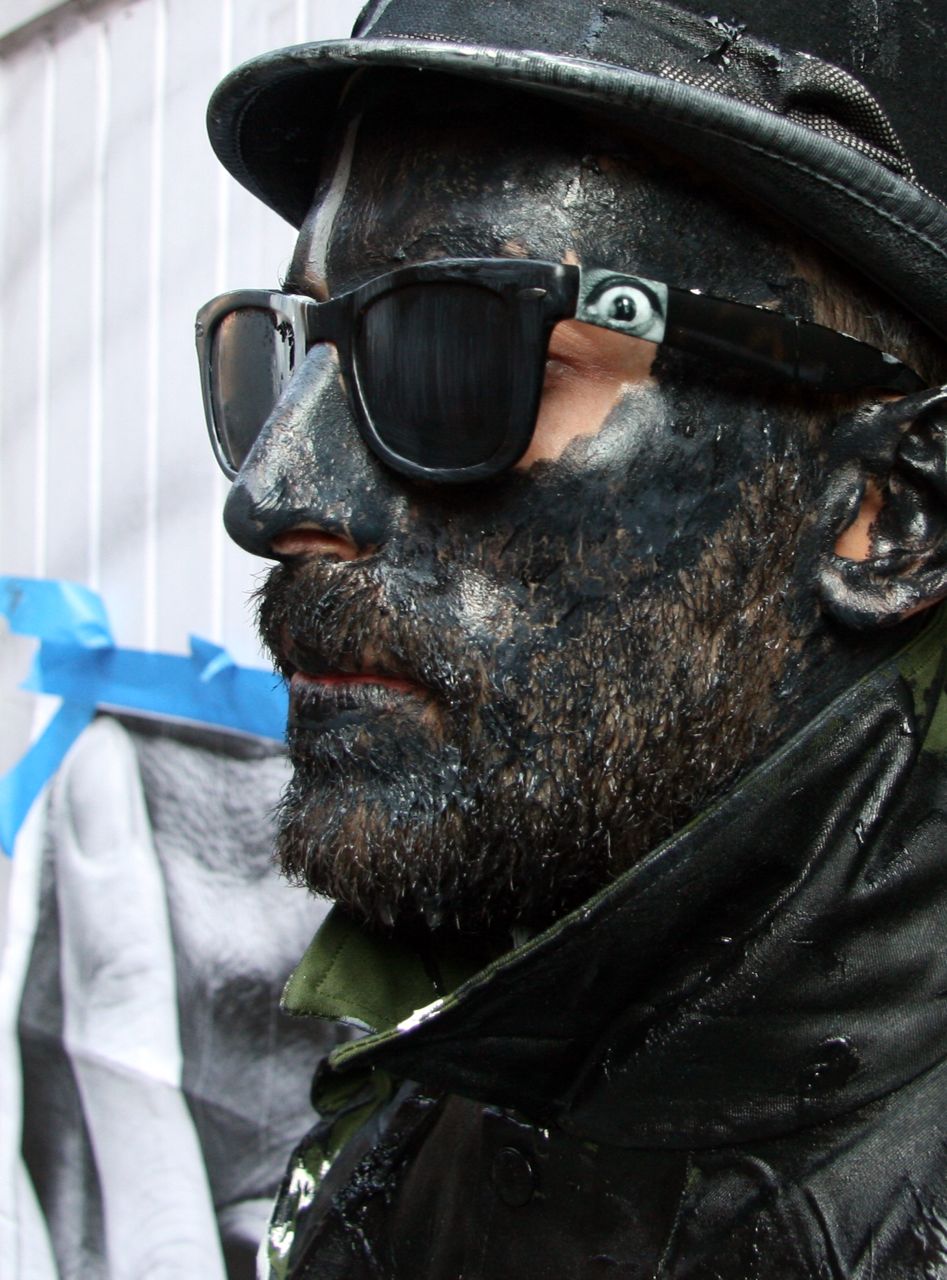 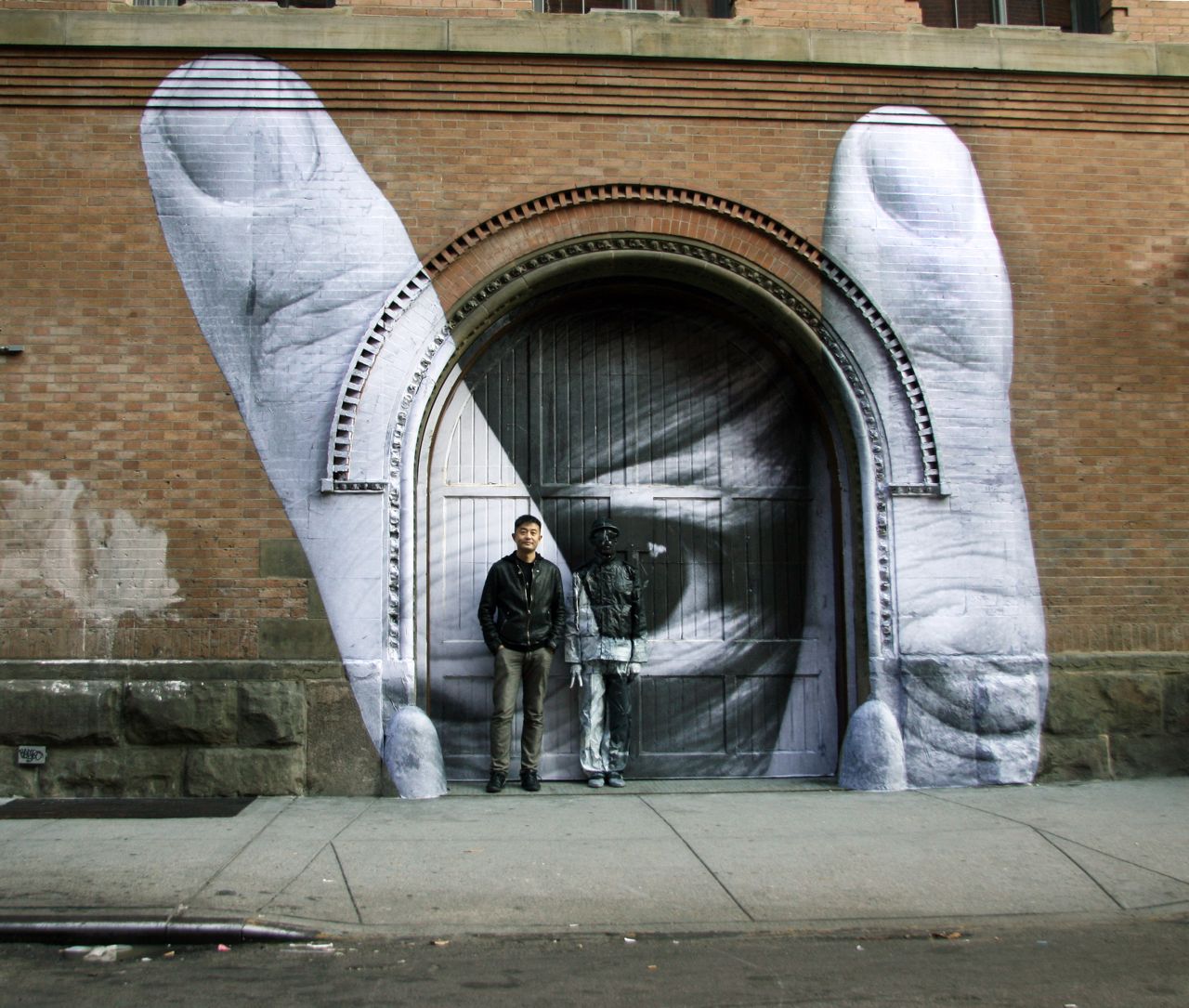