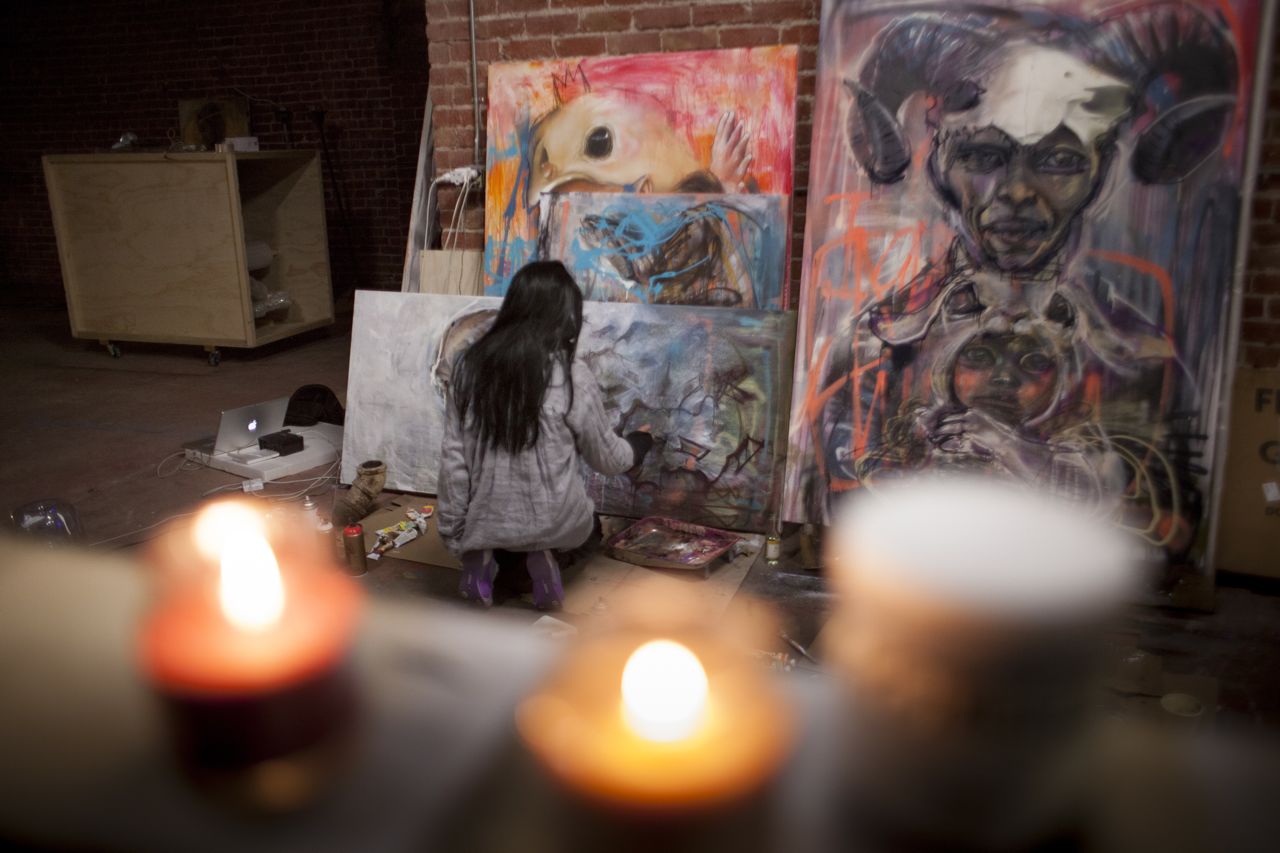 After a successful showing in Los Angeles, along with performances based on their imagery from the Lucent Dossier crew (covered), artistic duo Herakut moves up the coast for a followup showing at 941 Geary. Opening on April 21st, Loving the Exiled will be focusing in on characters that have fallen from grace – “the abandoned child that first cries of fear and then of rage, flocks of scapegoats, a choir of arch enemies, the outlawed, the out- numbered, the ones that know they are very last of their kind, the extinguished.”

Take a look after the jump at some pics from the setup taken by Colin M. Day… 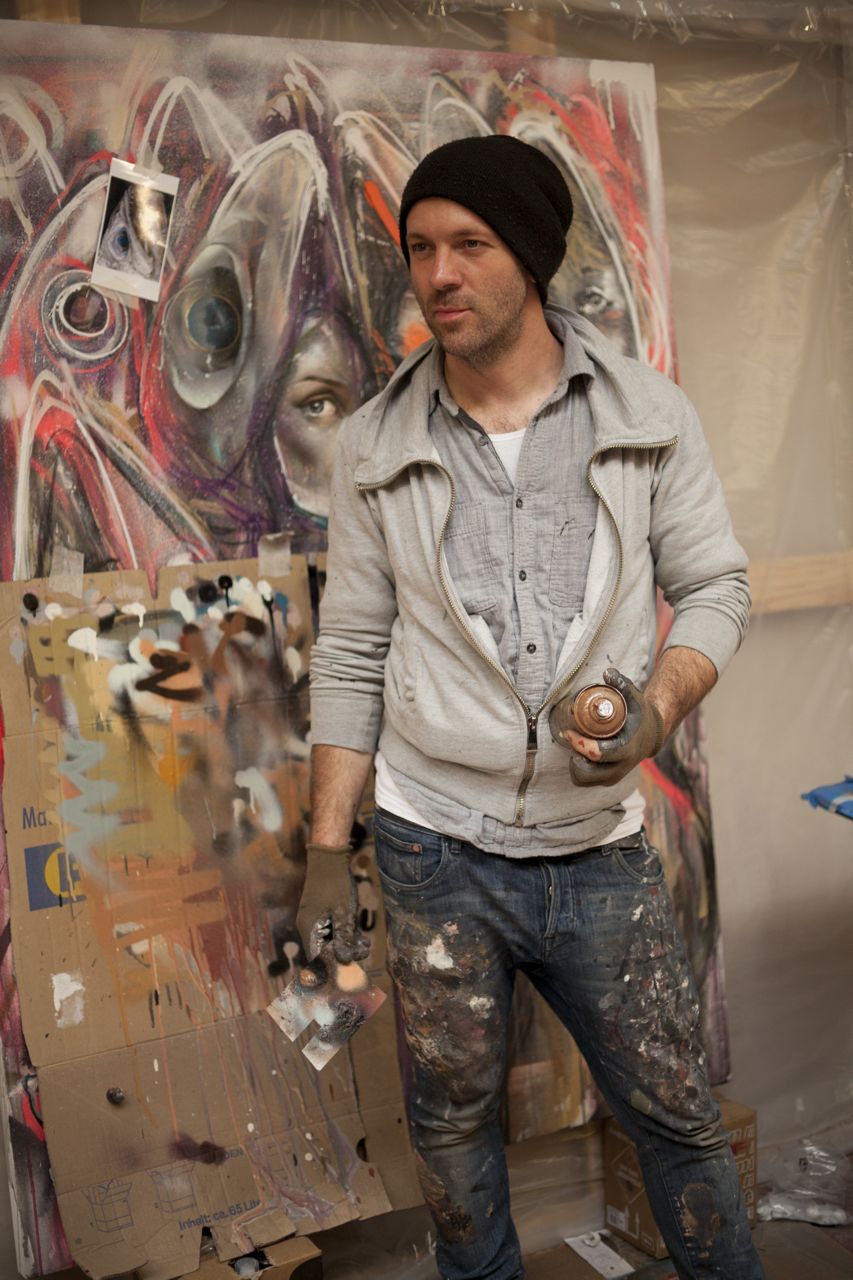 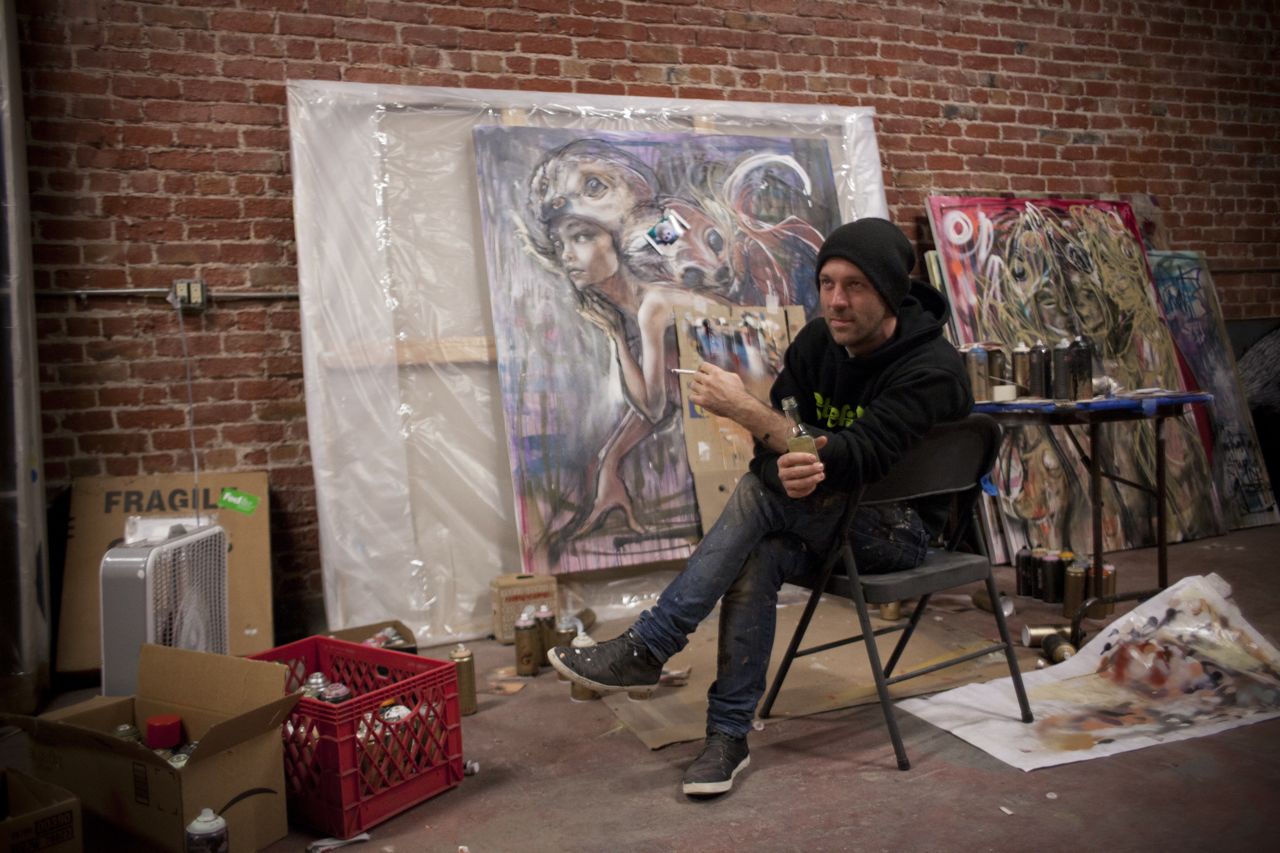 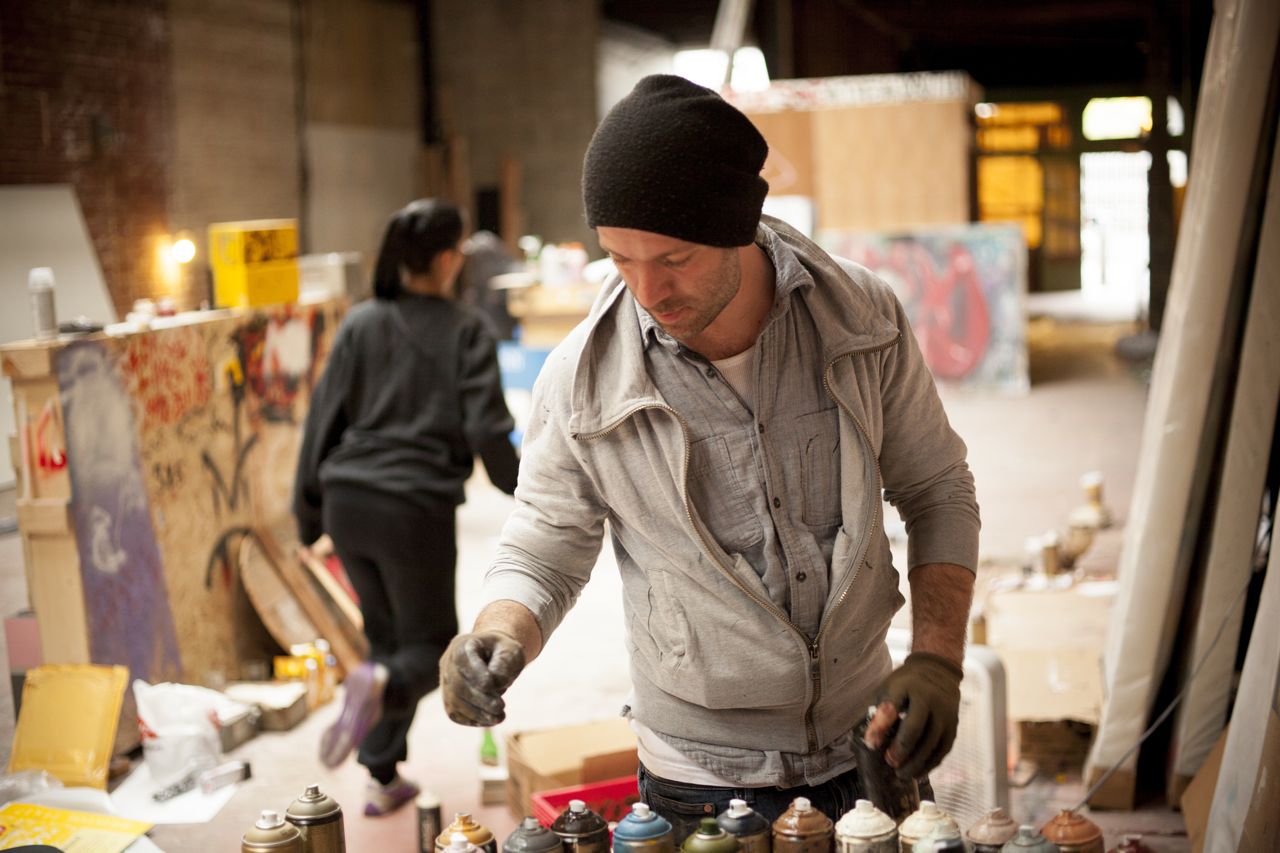 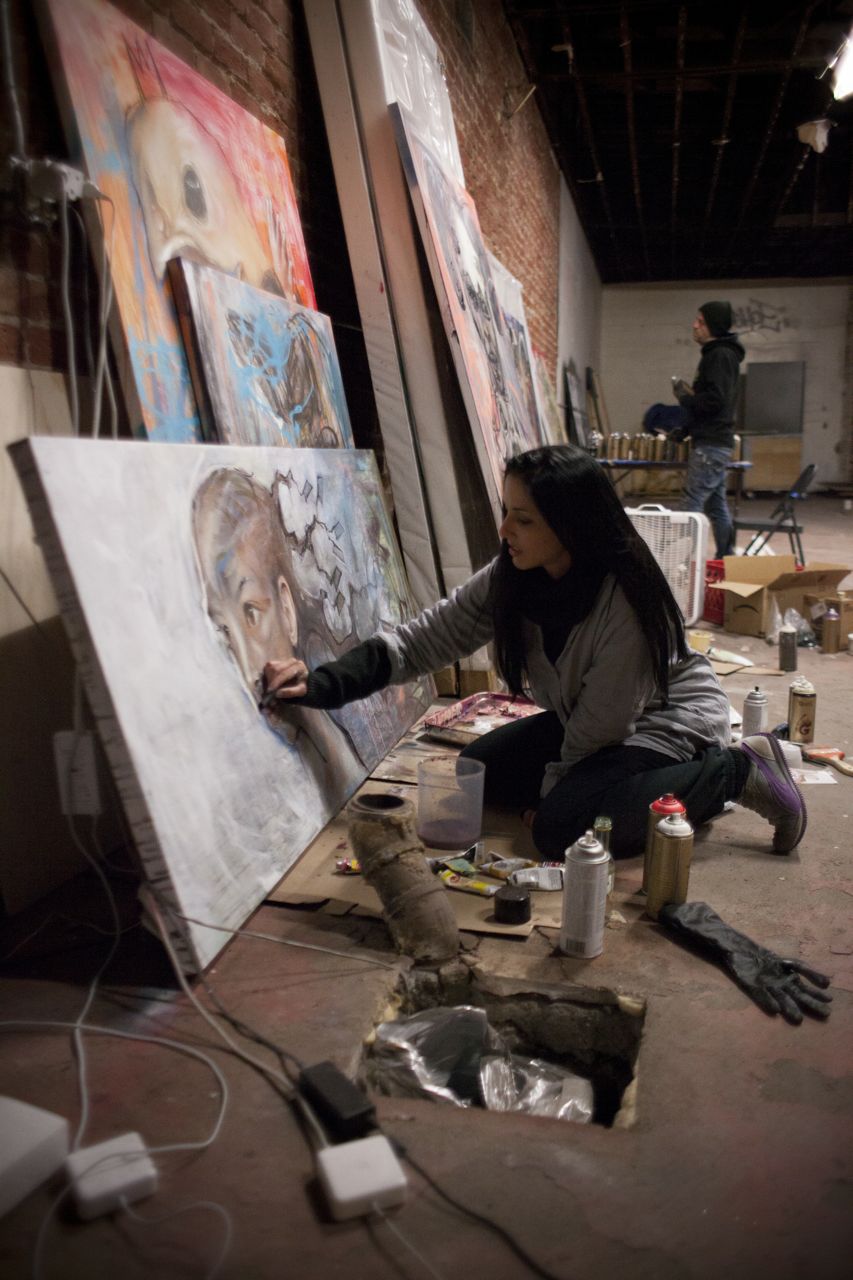