This past weekend, MOCA presented Rebel, an exhibition conceived by James Franco and also including Douglas Gordon, Harmony Korine, Damon McCarthy, Paul McCarthy, Terry Richardson, Ed Ruscha, and Aaron Young. Showing at the JF Chen design space, the group effort is a deconstruction and reinterpretation of the legendary 1955 film Rebel Without A Cause which starred James Dean and Natalie Wood. Set within a space that mimics a Hollywood film set, the exhibition is broken up into different rooms and sections that studies various themes attached to the narrative, the personalities set inside that world, and the real life actors that were part of the 1955 production.

Each of the artists involved during this exhibition brought something different to the table. Whether it was Harmony Korine’s reinterpretation of the knife fight scene (now interpreted with naked women carrying machetes and riding BMX bikes) or the film Rebel Dabble Dabble which makes a reference to the infamous rumors surrounding Nicholas Ray’s and his cast during their stay at the Chateau Marmont, each presentation puts into question themes such as identity, sexuality, and Hollywood celebrity to name a few. Other notable presentations include a series of photographs taken by Richardson in which Franco is dressed in drag, thus questioning the role of gender in media and film. Aaron Young also paints an abstract portrait of James Dean’s during his last moments alive which ties to a large scale sculpture of a 1950 Ford Custom Tudor Coupe, the same type of vehicle that killed James Dean. Also included was a film titled El Gato, an animated narrative filled with dark and sexual undertones, as well as two films directed by James Franco titled Sal and The Death of Natalie Wood. Anyone interested in checking out the latest showing presented by MOCA, make sure to do so before it ends on June 23rd. 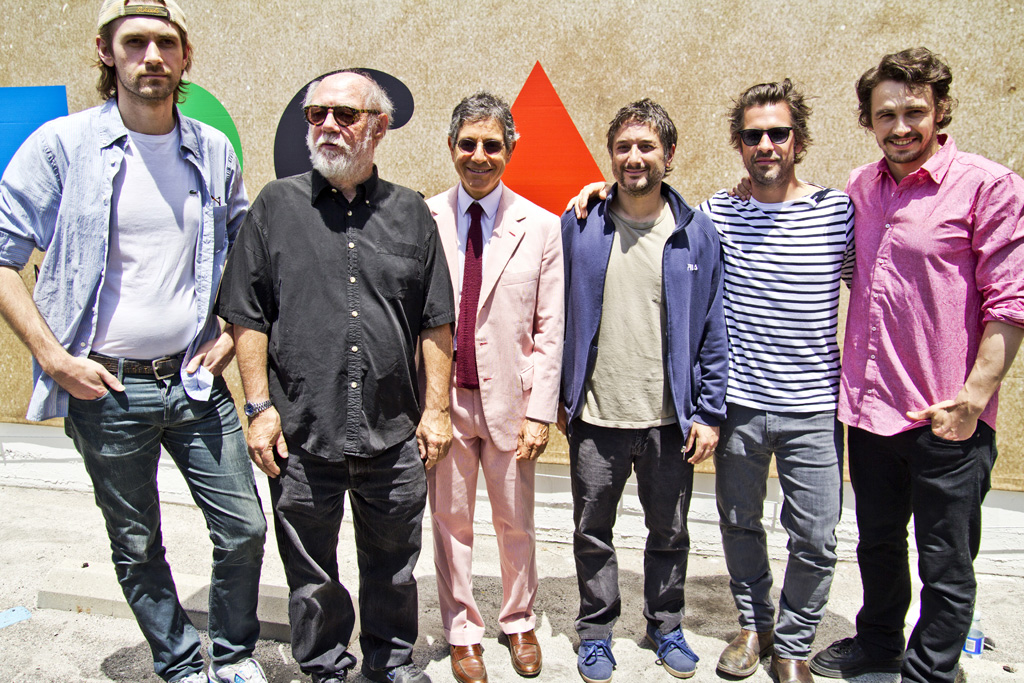 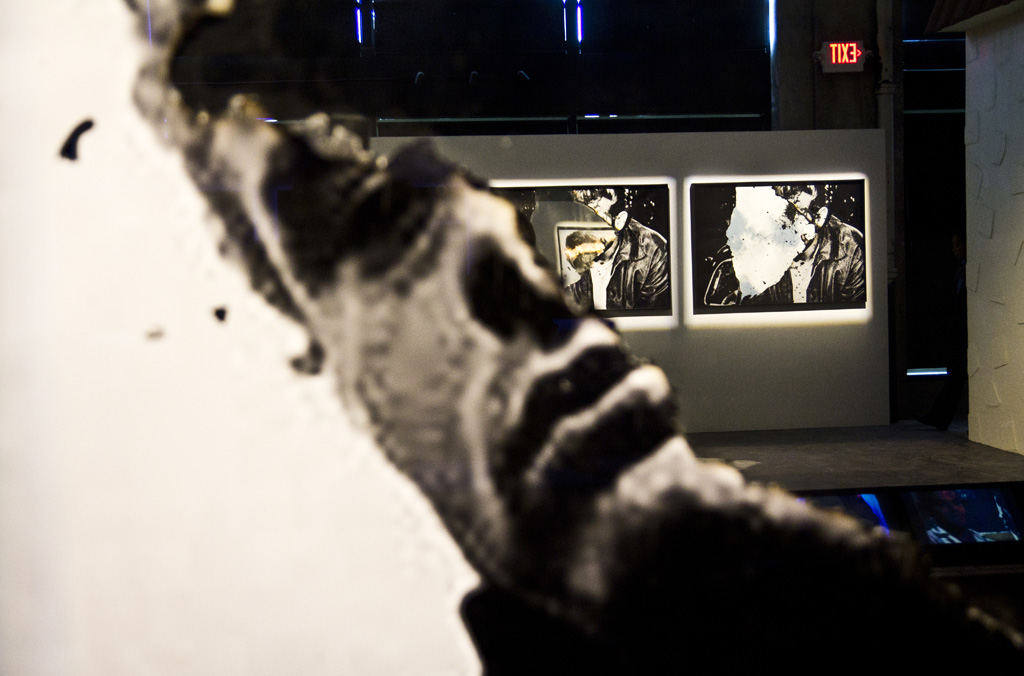 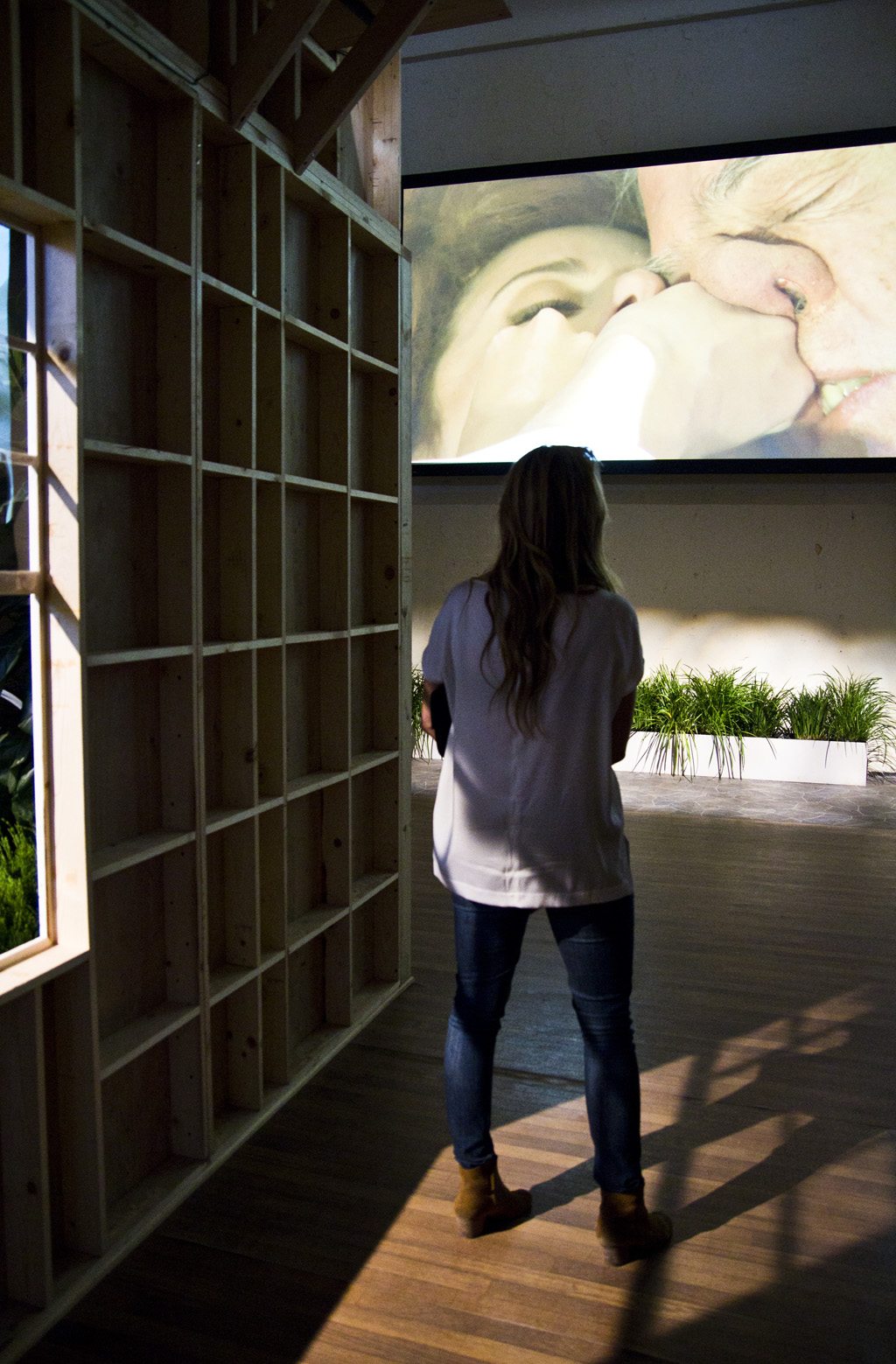 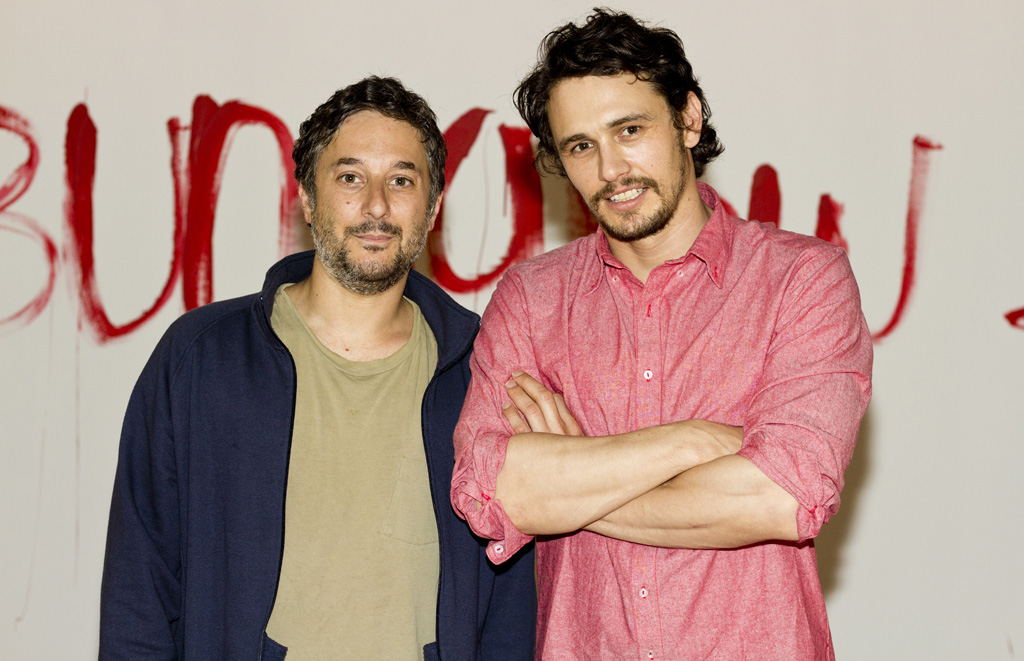 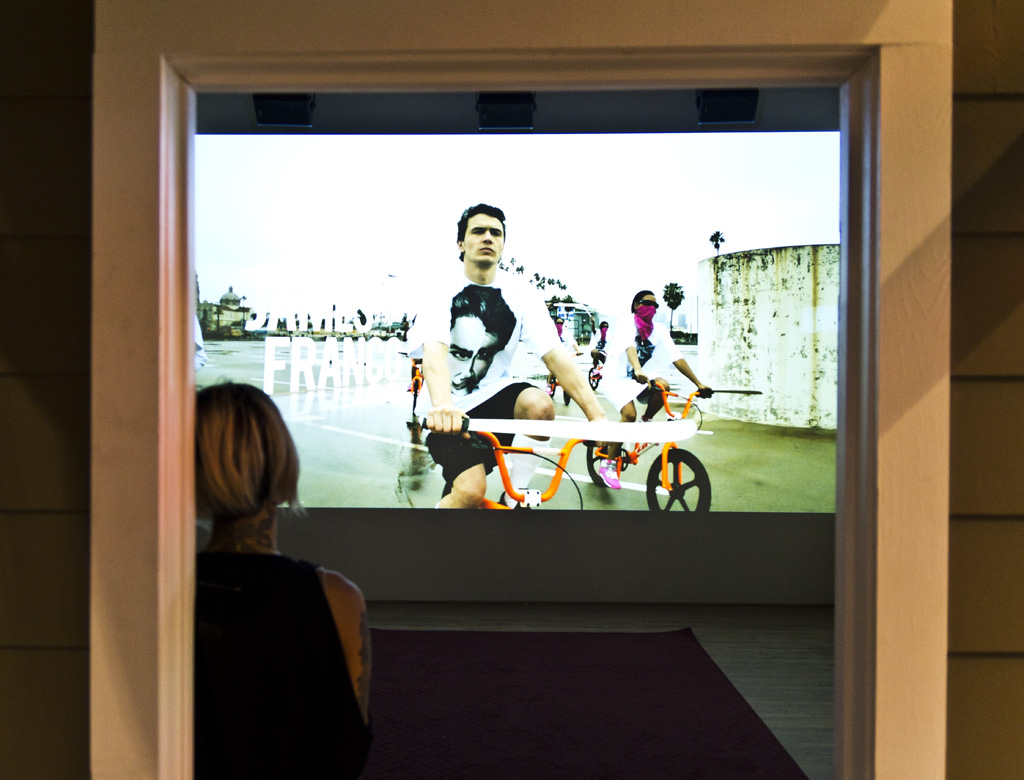 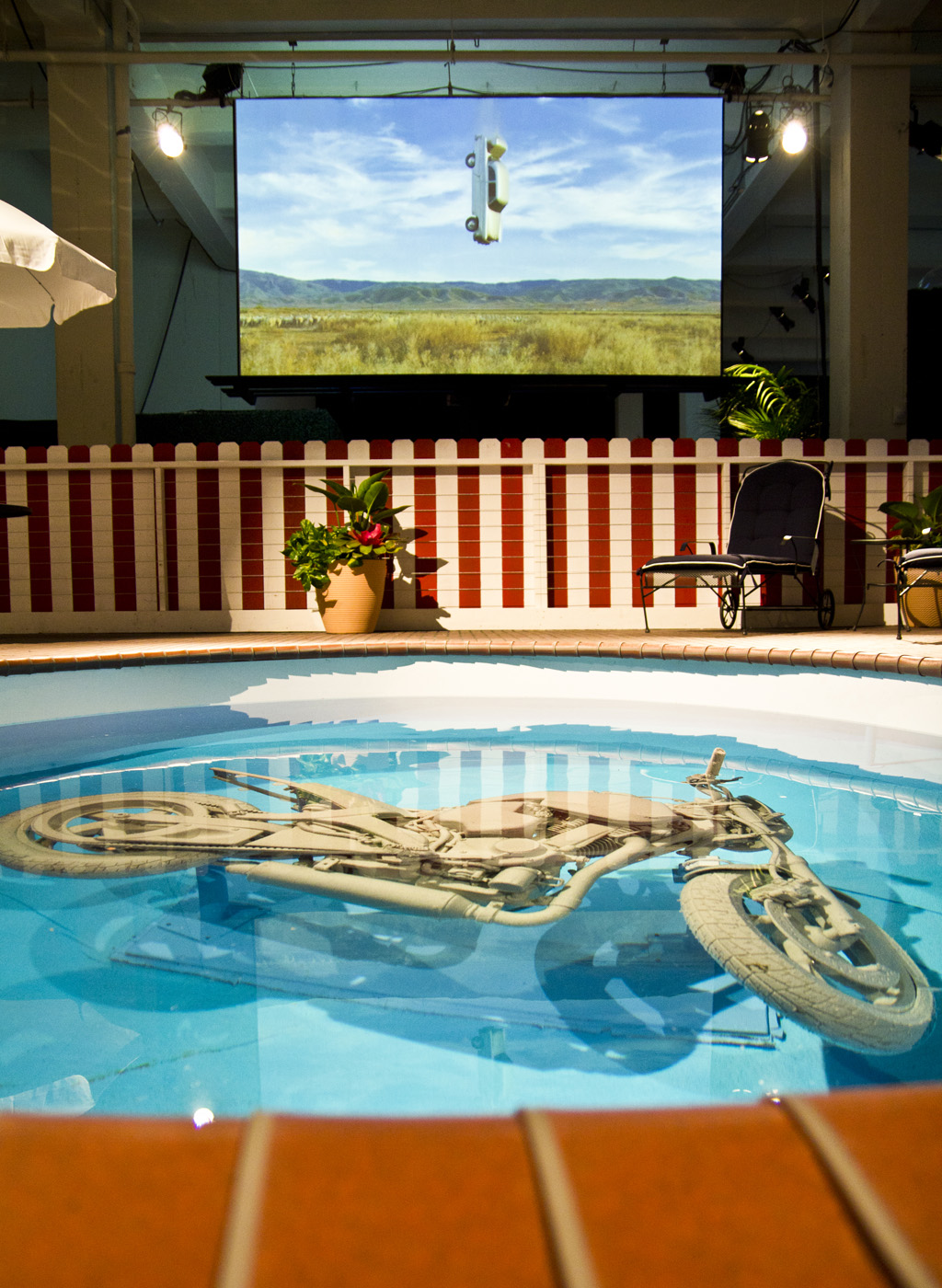 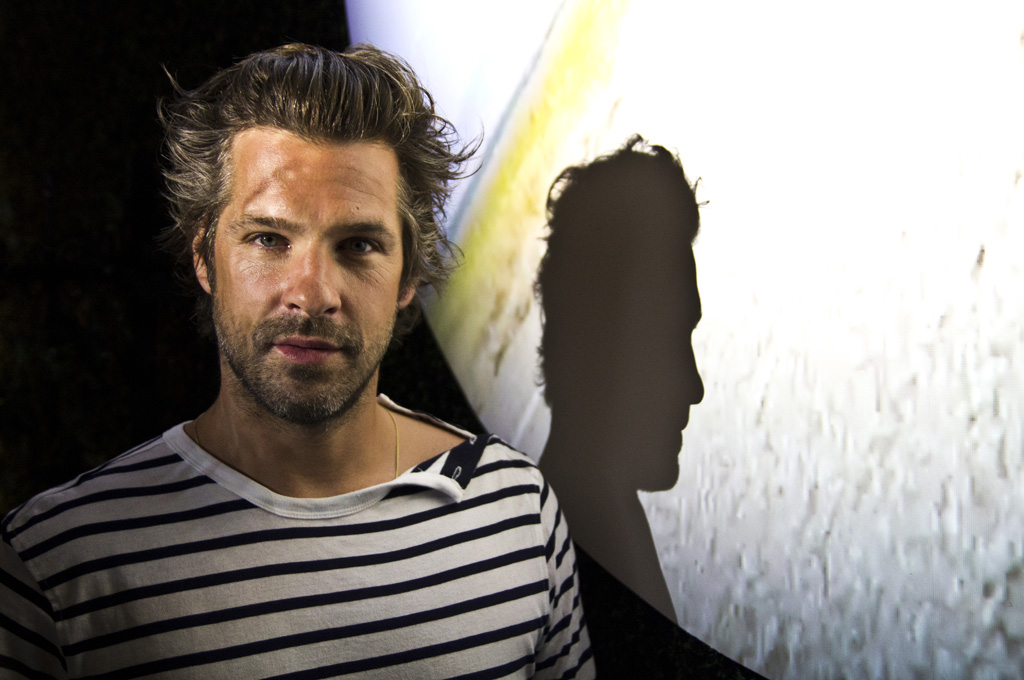 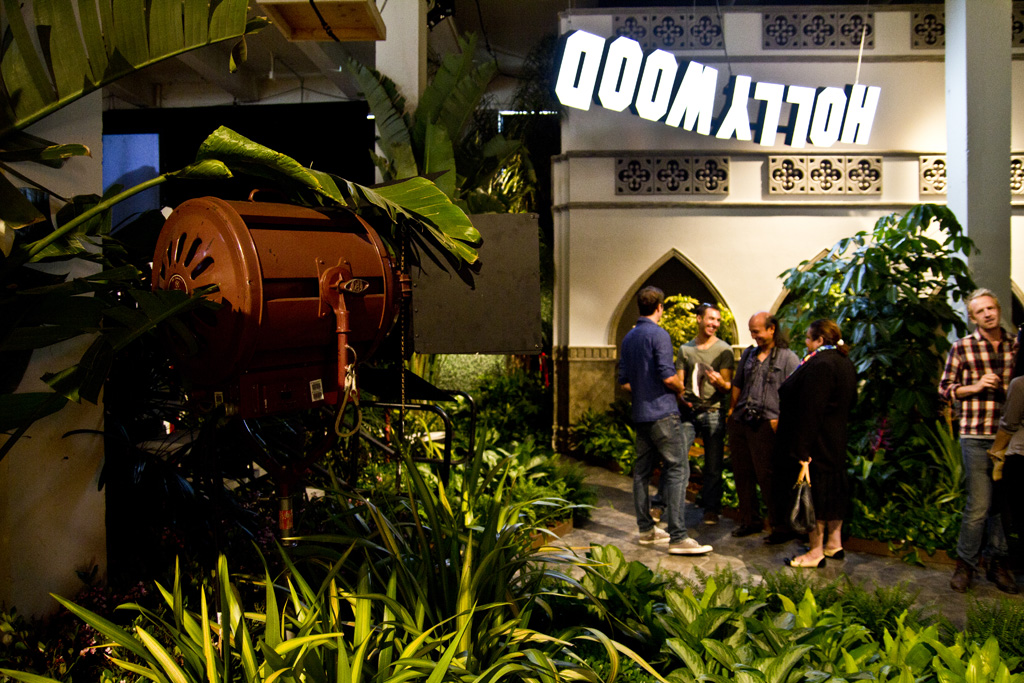