After opening a duo of shows in Lisbon and Paris, where he also was able to make his mark on the city streets in those major metropolises, Vhils moves north to the much smaller town of Vardø. The relatively tiny Norwegian town is the site of Komafest, a street art festival which hopefully will help revitalize a region that has suffered from depopulation and the decay. The Portuguese artist applied his unique technique to a something we haven’t seen before, a wooden building – with a pretty sweet result (a portrait of a fisherman). He also found time to chisel in another piece based on a local baker on a more standard surface for him – concrete. 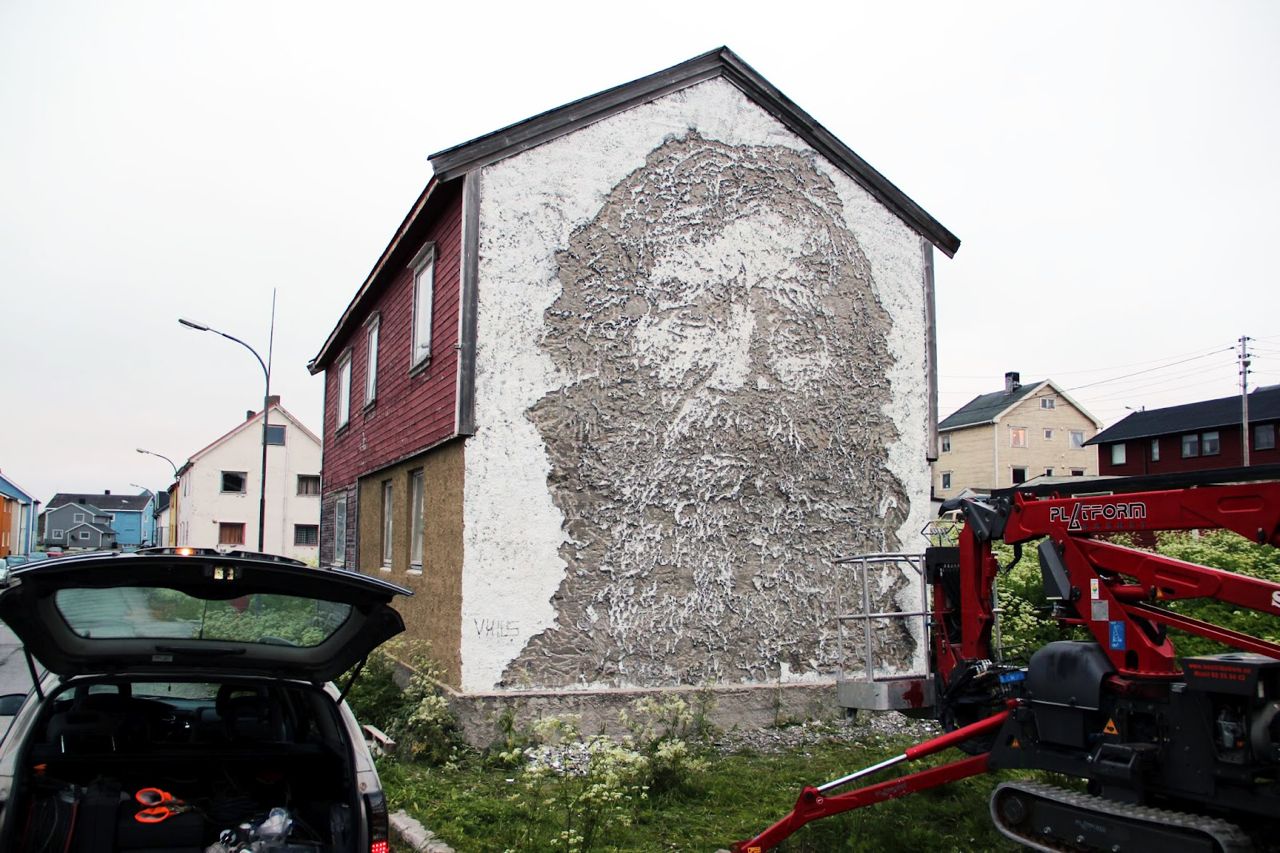 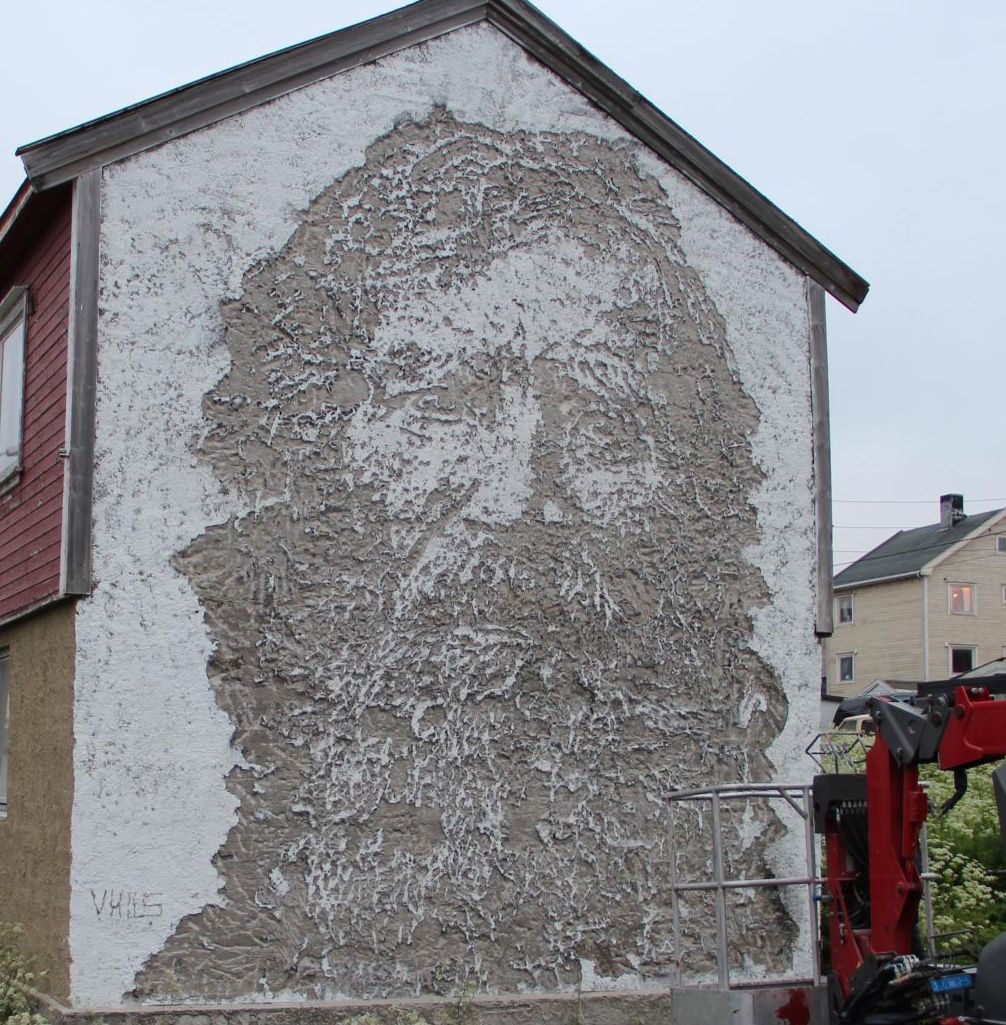