Not only did Known Gallery host an opening reception from SABER (interviewed) on Saturday night (covered), the Los Angeles showspace also featured new works from REVOK in a joint exhibition. Entitled Gilgamesh, the collection of intricately assembled sculptural pieces represent a carefully selected montage of found materials garnered from the slowly decaying areas of Detroit, REVOK’s current city of choice and source of inspiration. These forgotten pieces of the Motor City were constructed into an intriguing display of diamonds, triangles, rectangles and other irregular polygonal shapes. Also seen in the back room was a wall of photos documenting both graffiti legends’ extensive work on the streets over the years. 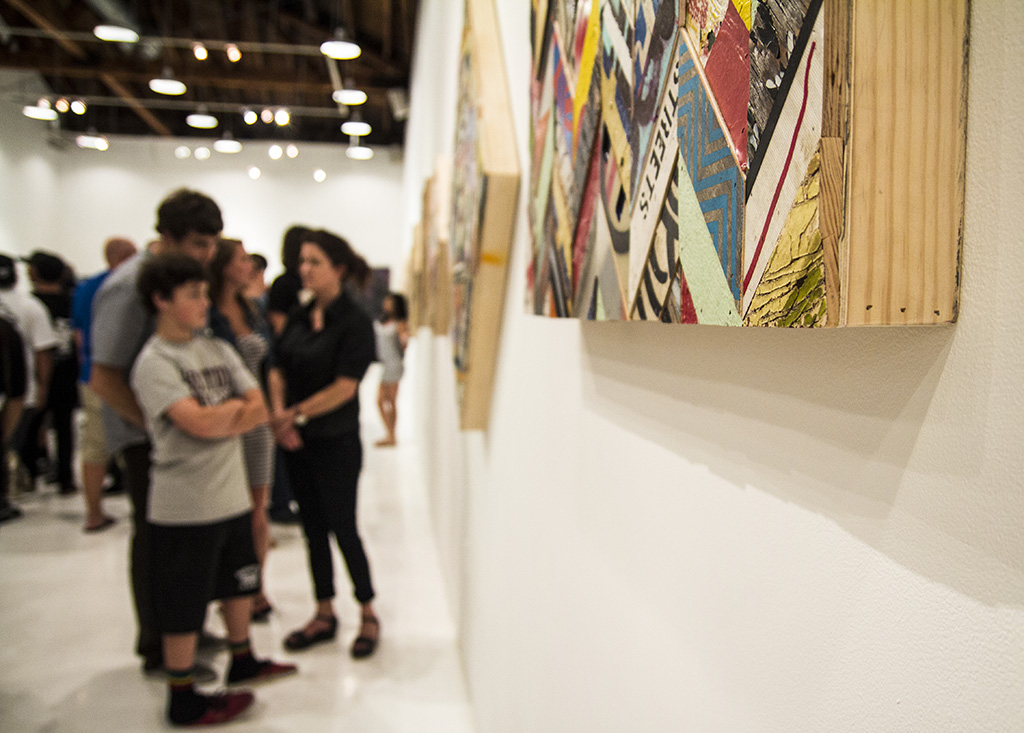 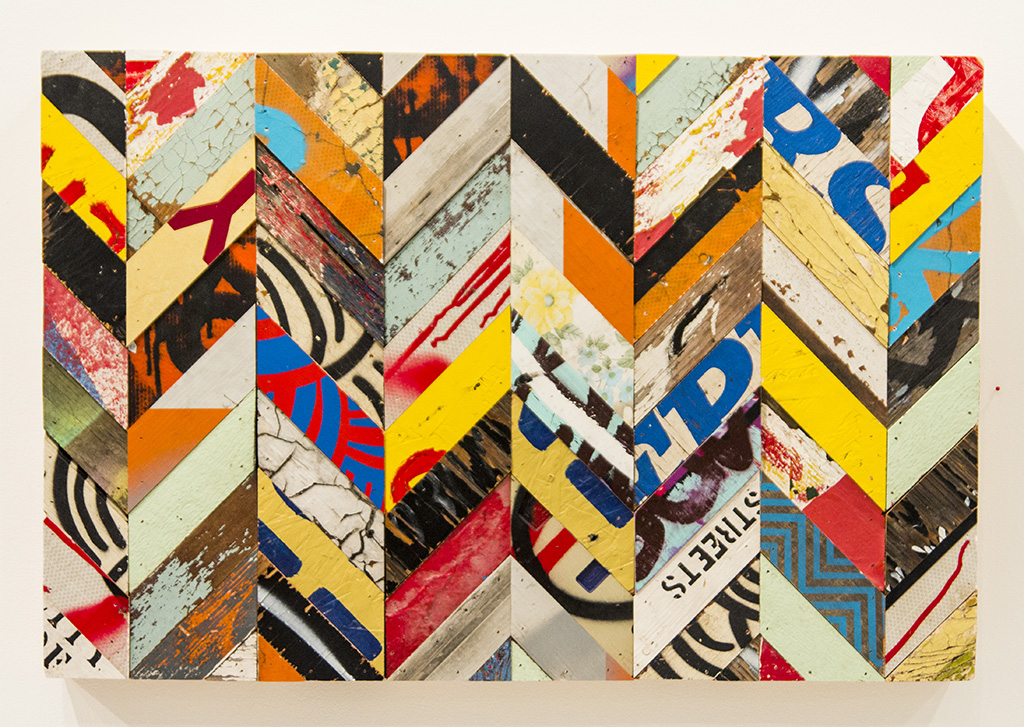 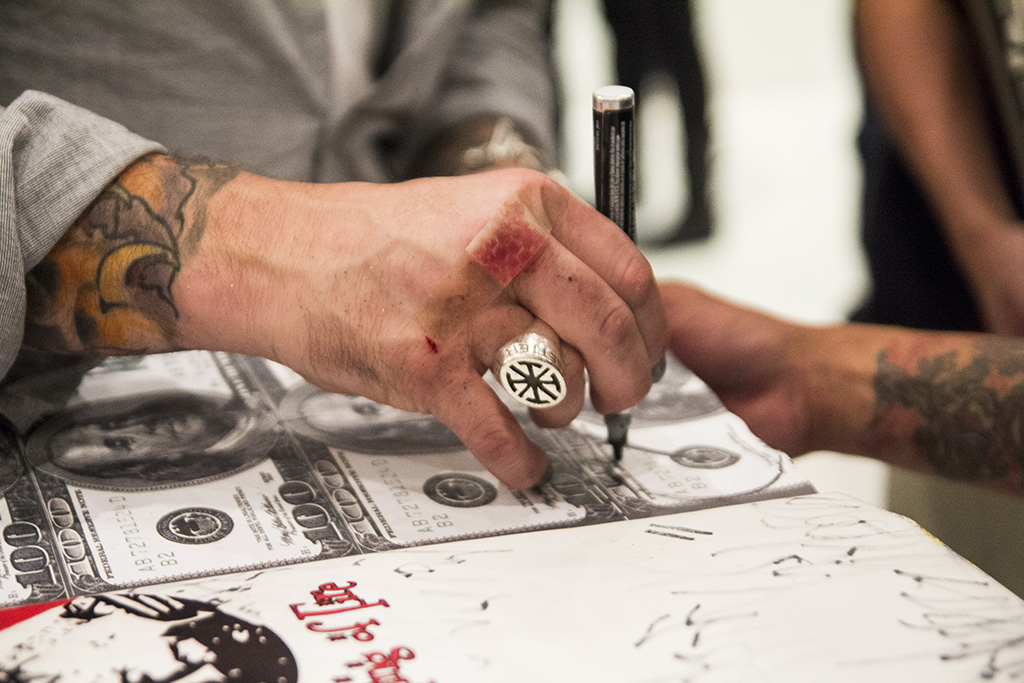 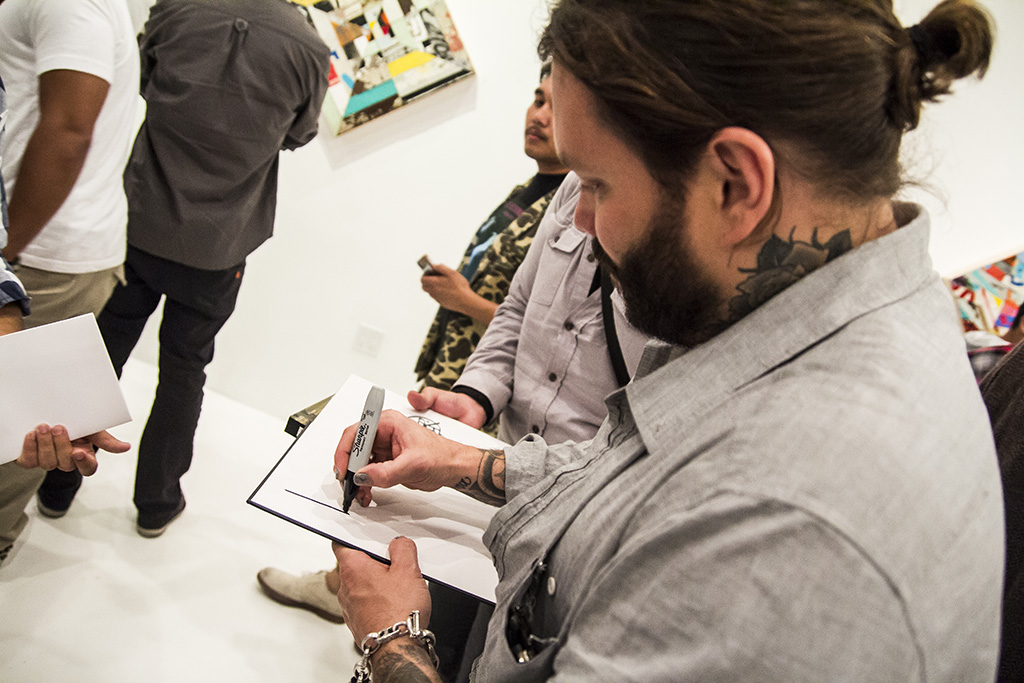 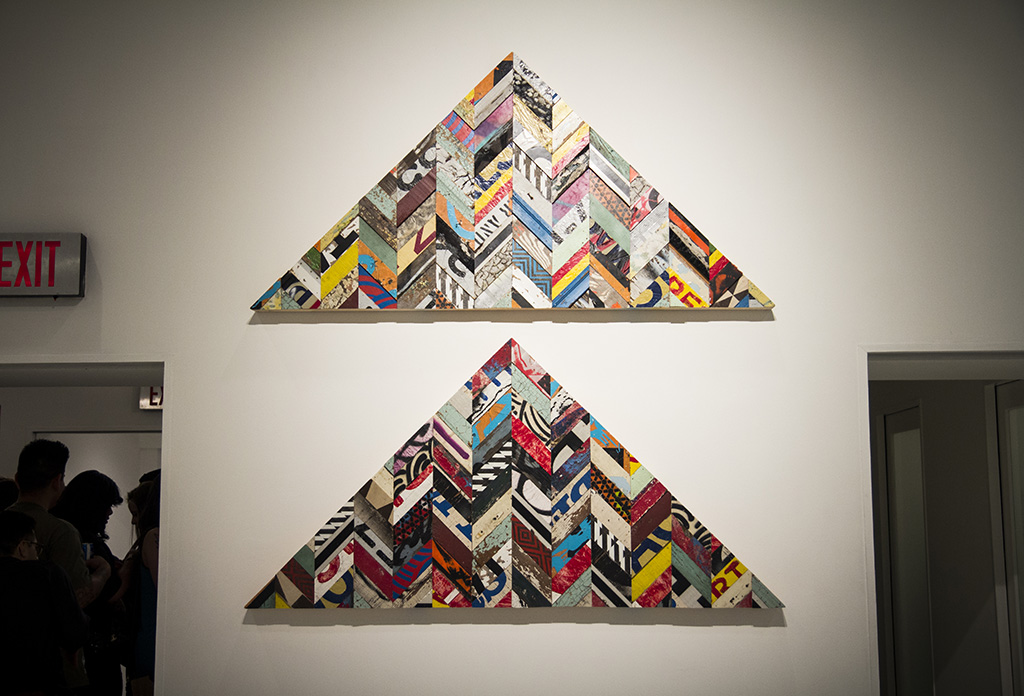 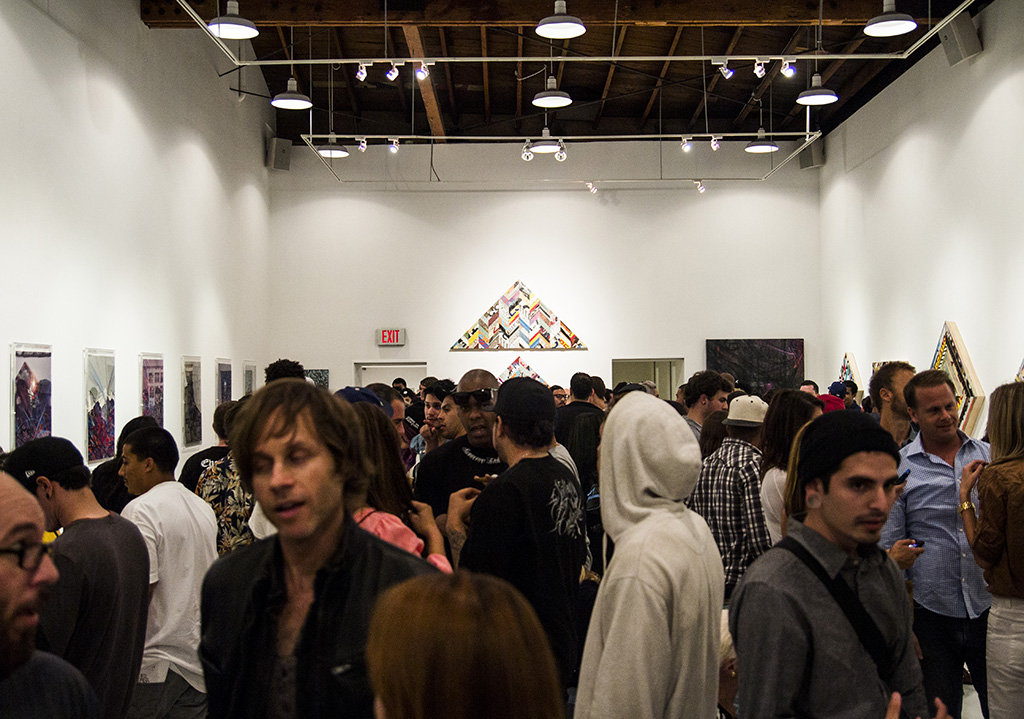 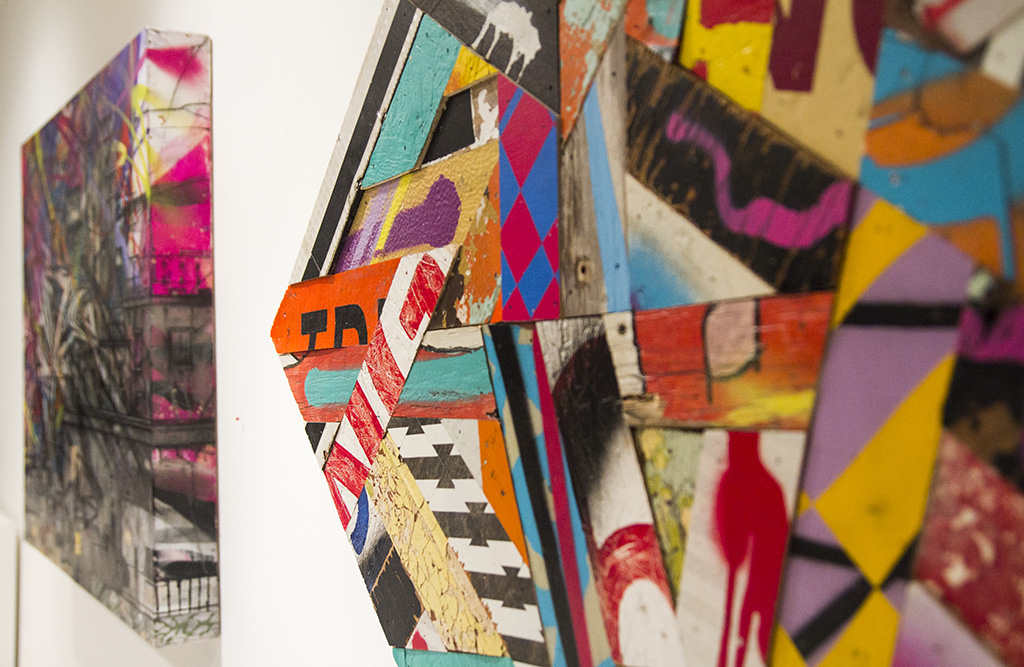 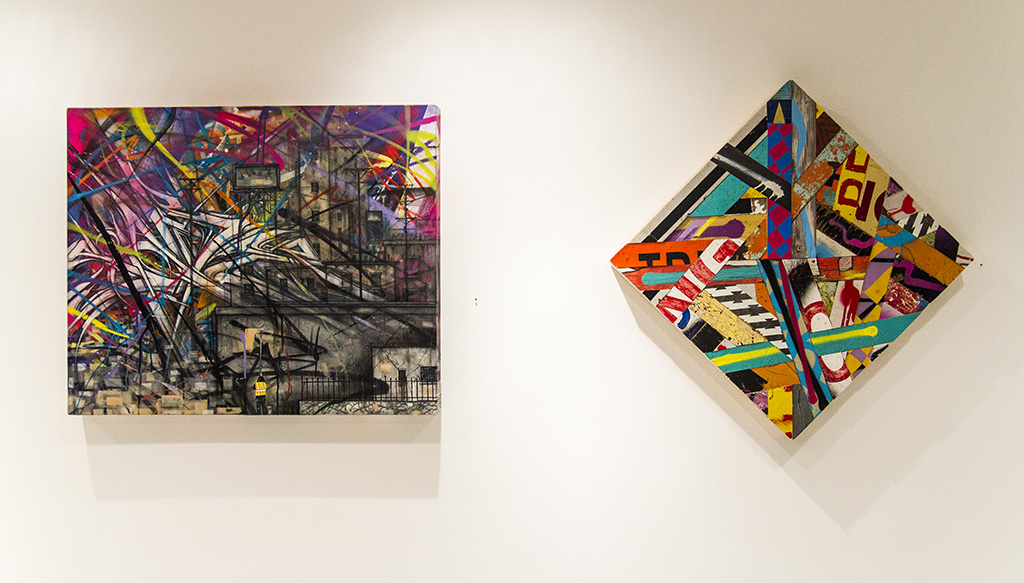