After a look at the street pieces Ethos and Vhils put up for Komafest in Norway, we turn our attention to Conor Harrington (interviewed). The UK-based painter worked on several murals while he was in Vardø which featured imagery similar to what was seen during his recent London solo (covered) as well has mix of photorealistic and abstract colonial portraiture. 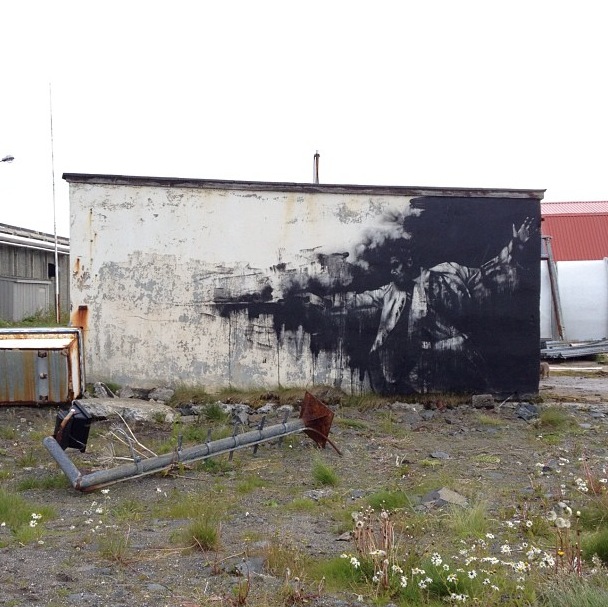 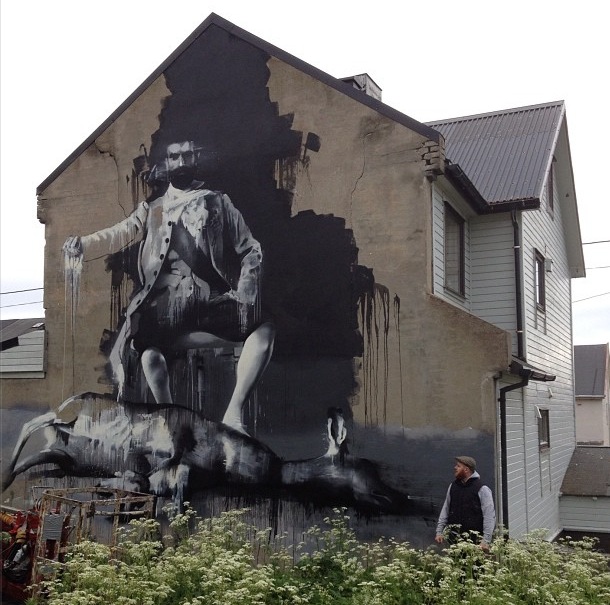