With the Olympic Games in full swing, it’s time to tell you about a project Eric Haze has been developing with Nike at their 21 Mercer St. flagship store in Soho. He explains – “The first component of the project involved creating a modular painting system, originally based on a flag, which also took its cues from a number of historical symbols from basketball, track and field. Using 2’ x 2’ individual icons, I created a 8’ x 16’ master painting, which then breaks down into various configurations both with and without the letters USA. Then following up on the original flag concept, I introduced color with the production of a large hand painted canvas of my take on the American flag.” 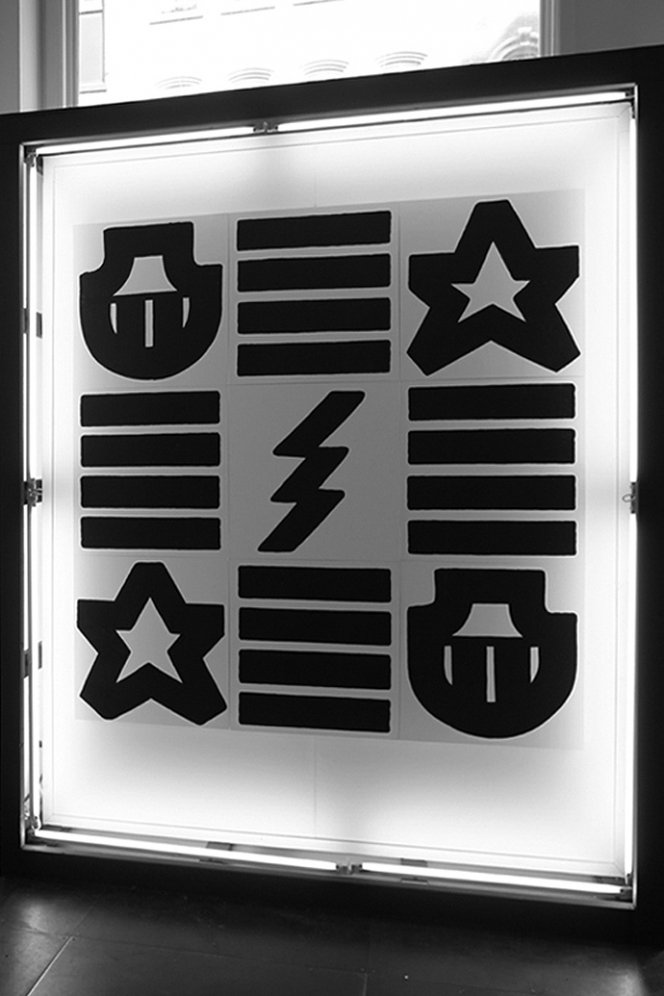 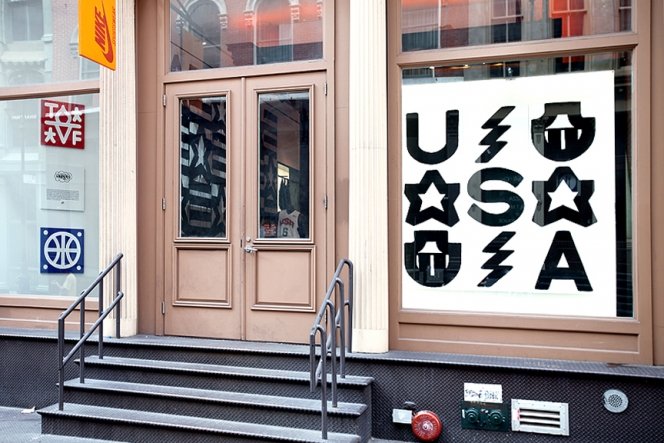 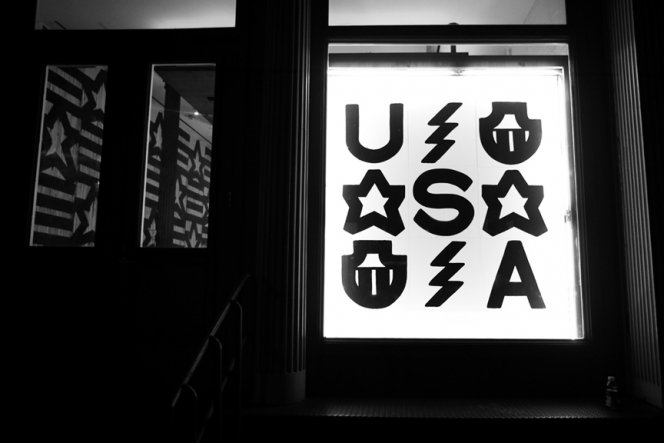 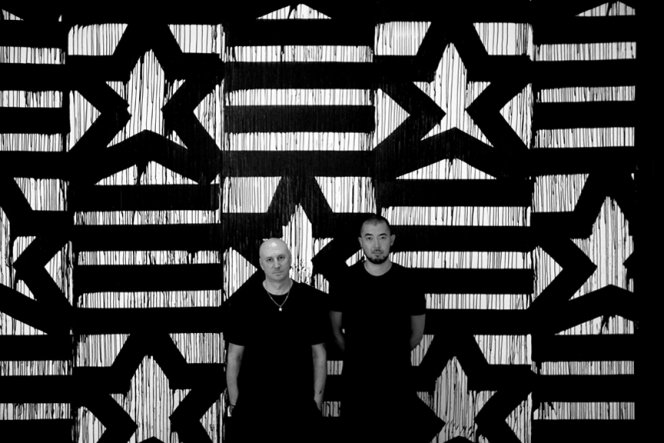 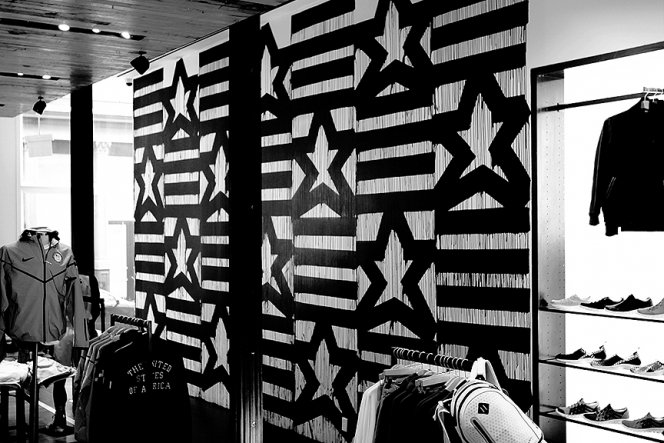 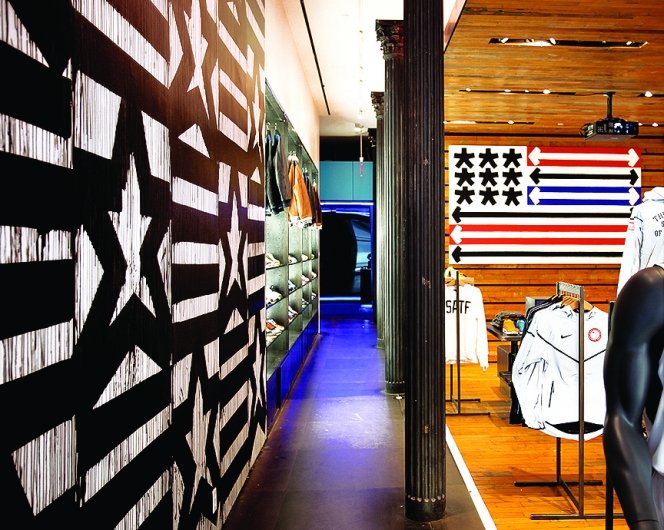