Over the weekend, the debut show at Perry Rubenstein’s newly opened Los Angeles gallery featured new works from Shepard Fairey. Entitled Americana, the exhibition showcased eleven new works, each one inspired by the songs, such as Oh Susannah, This Land Is Your Land and Clementine from Neil Young’s new album Crazy Horse.

“Fairey says he listened to the music and lyrics to come up with concepts for visual representations of the songs. Then for each song, Fairey presented Young with ideas about a visual image that would best capture the meaning and/or protagonist/s in each song. The artist enjoyed hearing how Neil interpreted aspects of the songs that moved him the most musically and lyrically. Fairey states, “I showed Neil sketches, and then we discussed the ideas and refined them. He was very open to my ideas and encouraged me to go with what inspired me the most. Latitude for interpretation is something that Neil utilizes and seems to value as an important way for the listener/viewer to personalize their interaction with art and music. I also was excited about this project because the concept of re-interpreting pre-existing songs filtered through Neil’s unique sensibility parallels what I have often tried to do as a visual artist by building upon iconic images that are an accessible part of the cultural dialogue.” 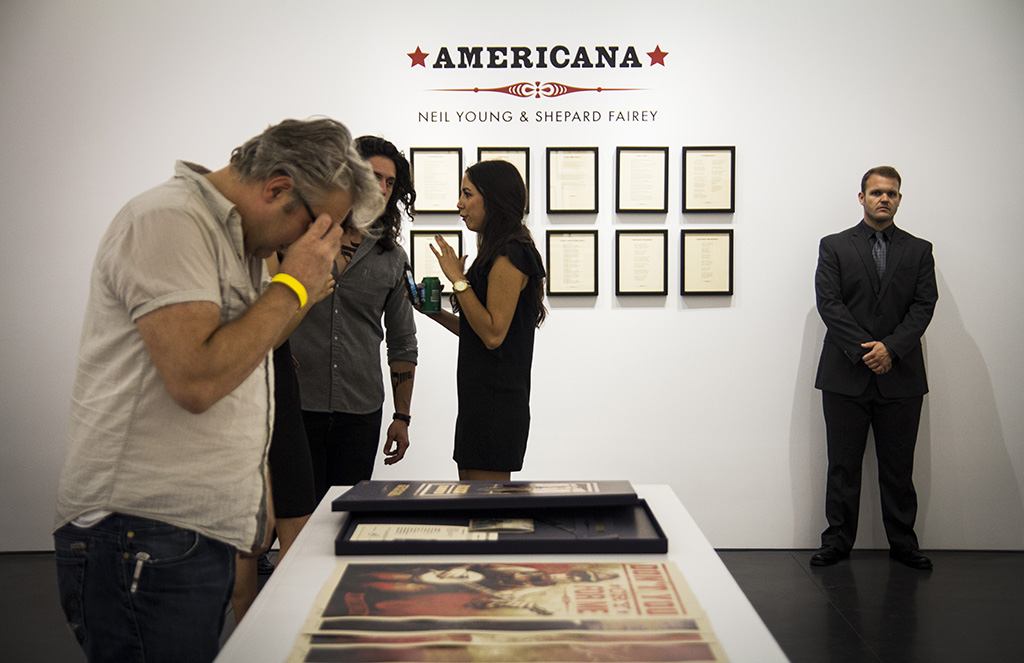 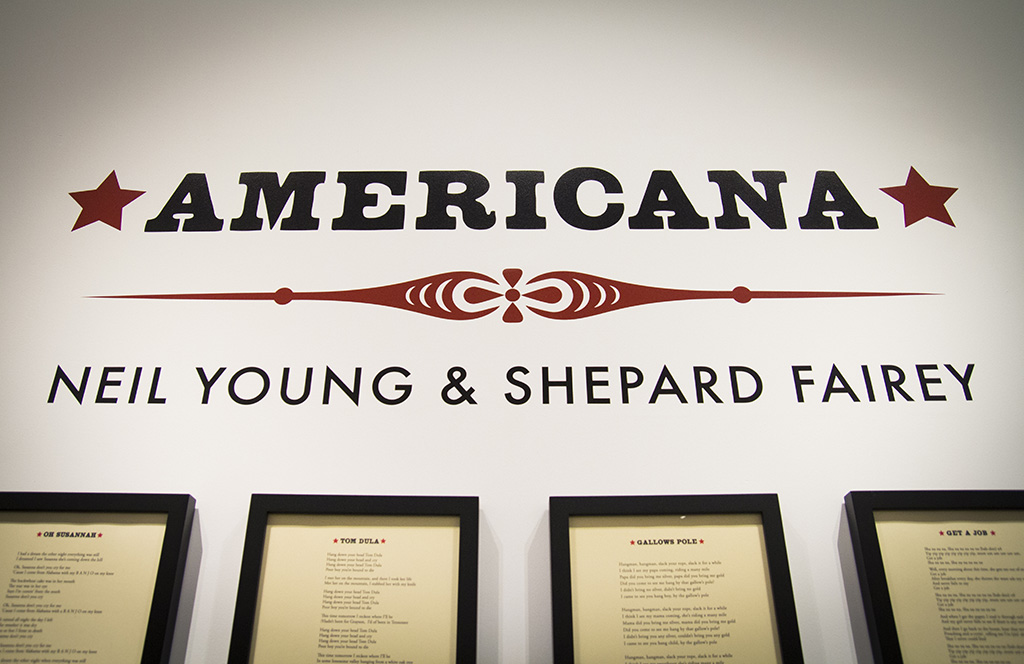 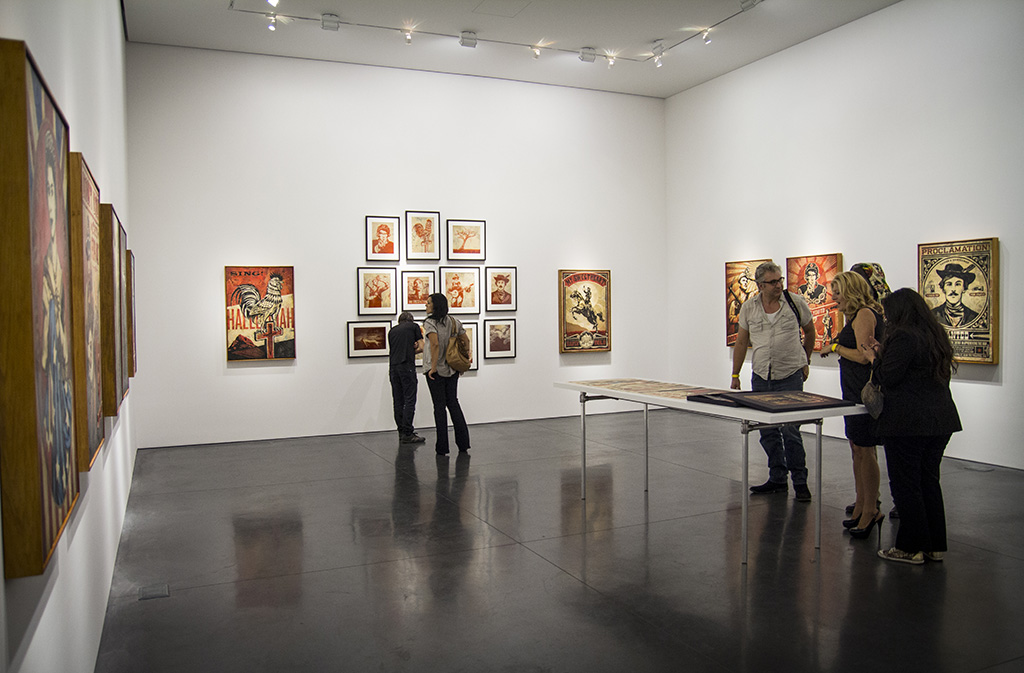 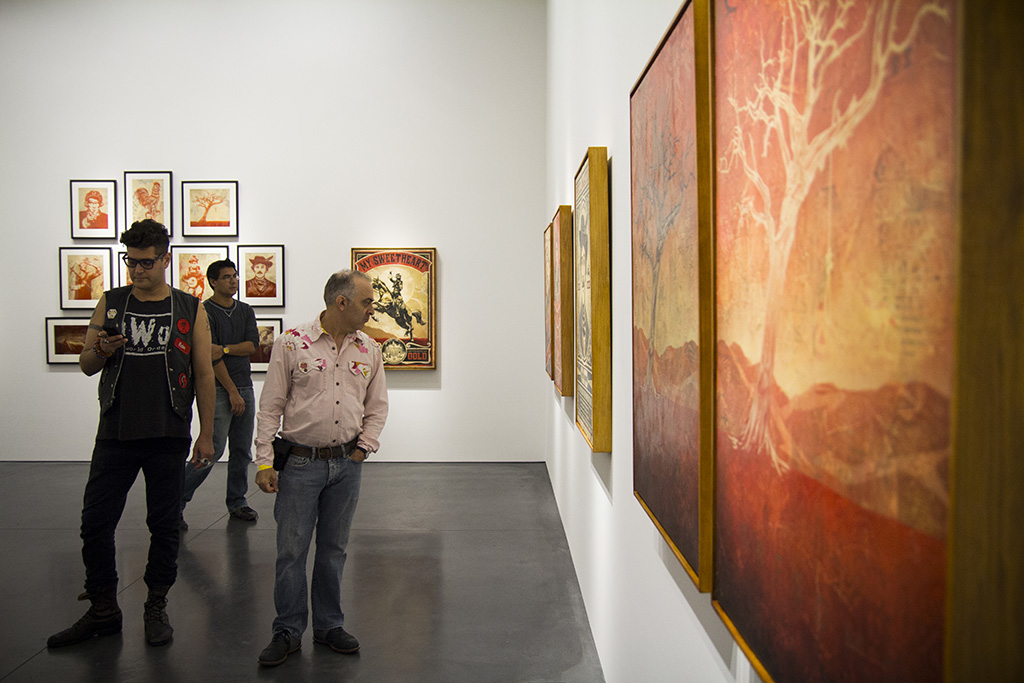 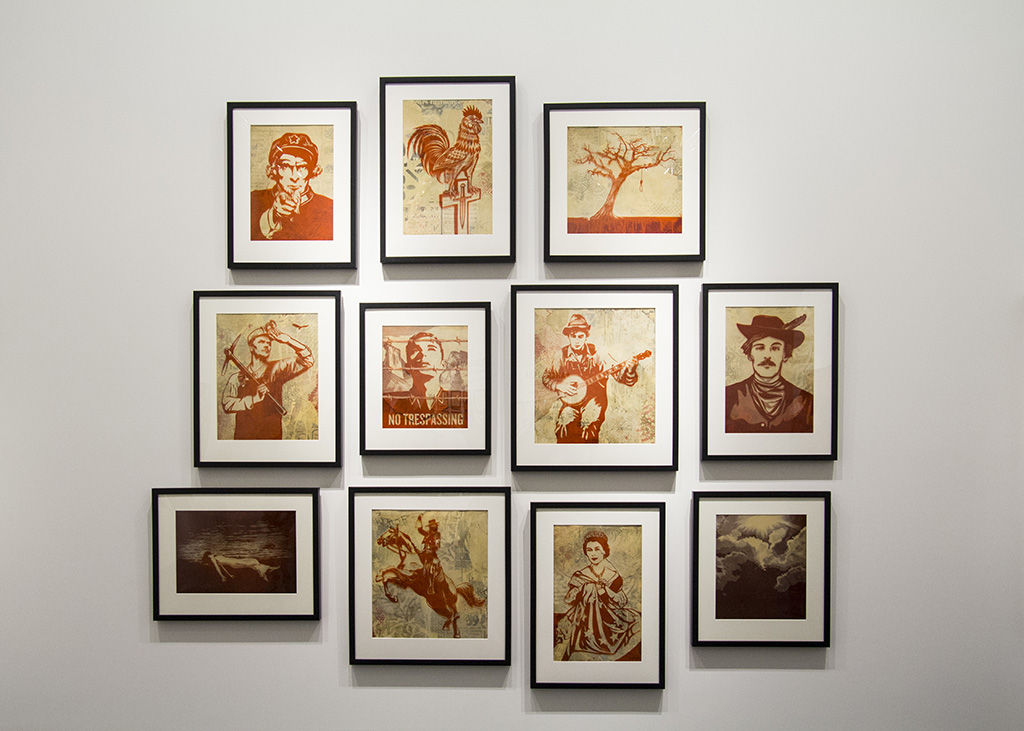 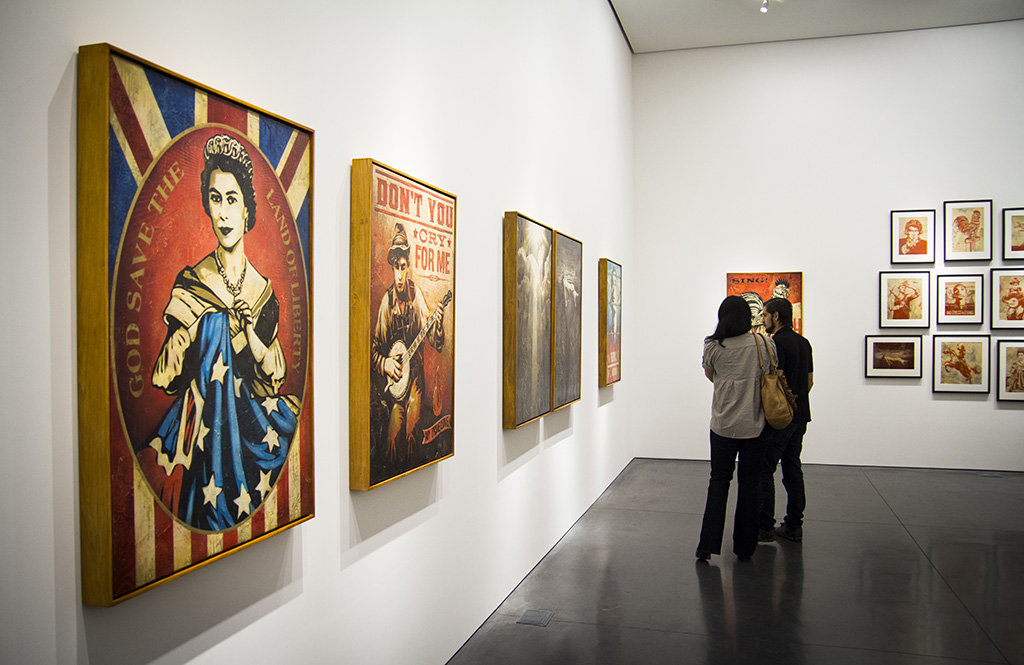 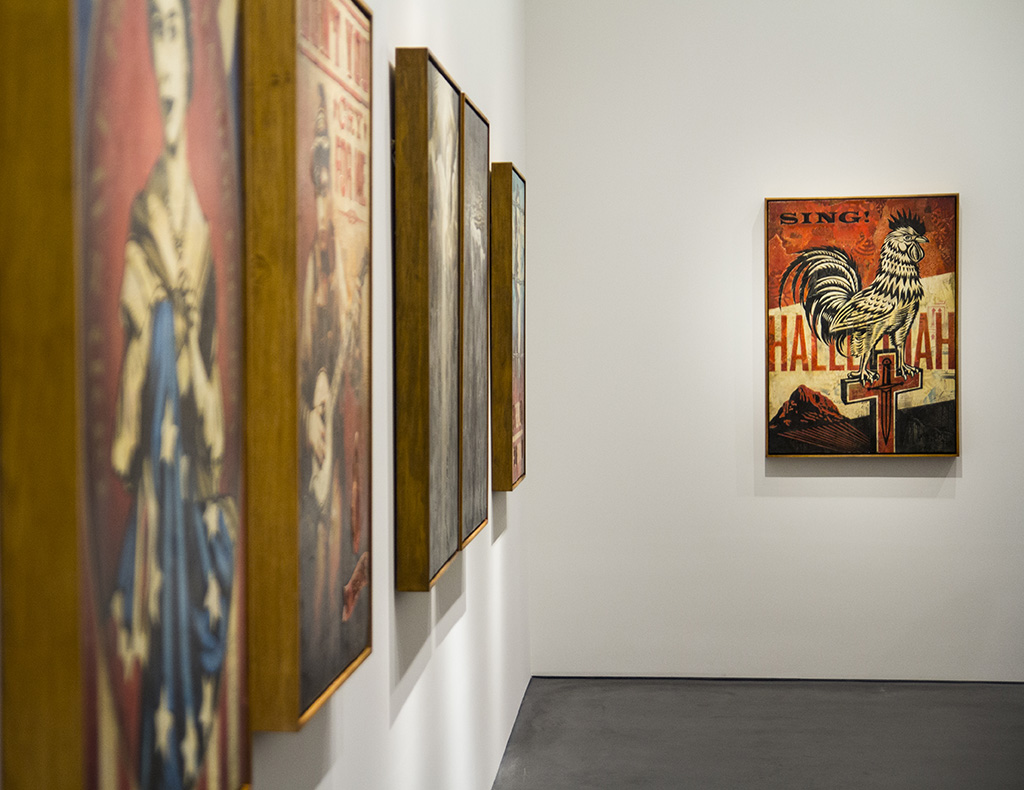 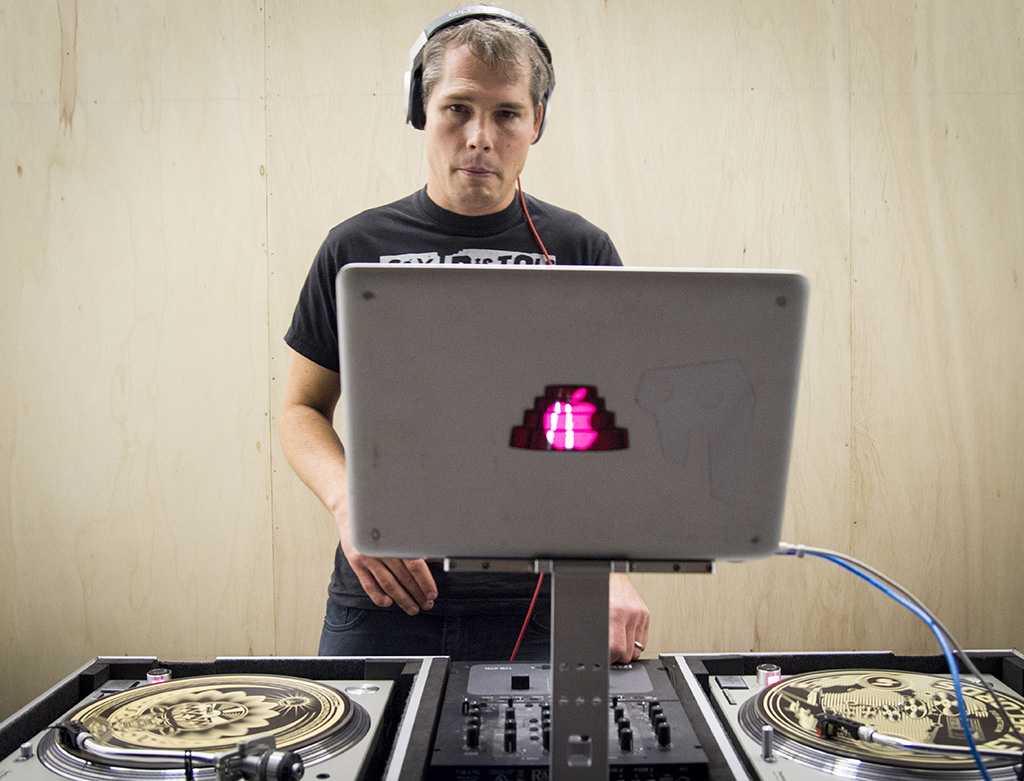