Italian street savant Blu, who recently reappeared in Spain for the Desordes Creativas Festival where he made vegetarians everywhere feel just as guilty as meat-lovers, has now returned to his native country for a mural. The new work in Sardinia shows a lab experiment being conducted by a pair of large green hands, a nod to the feeling in the region that Quirra Syndrome with an unusually high cancer rate is due to the military testing in the area. 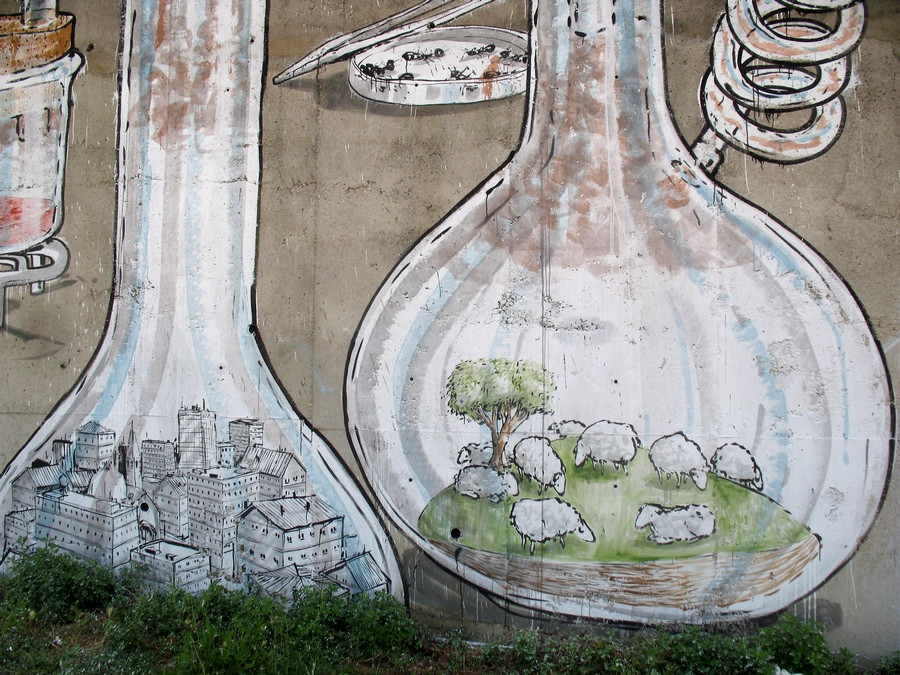 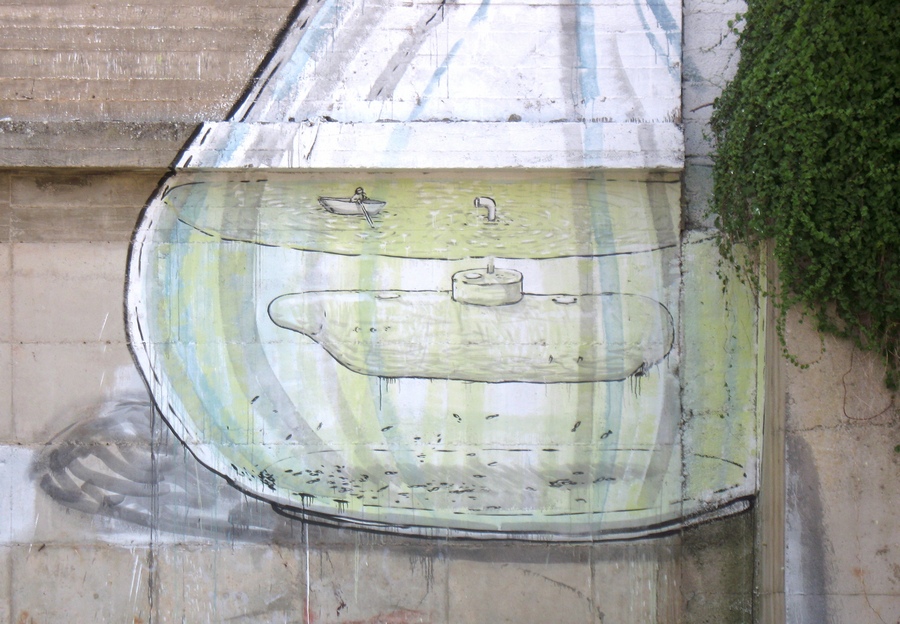 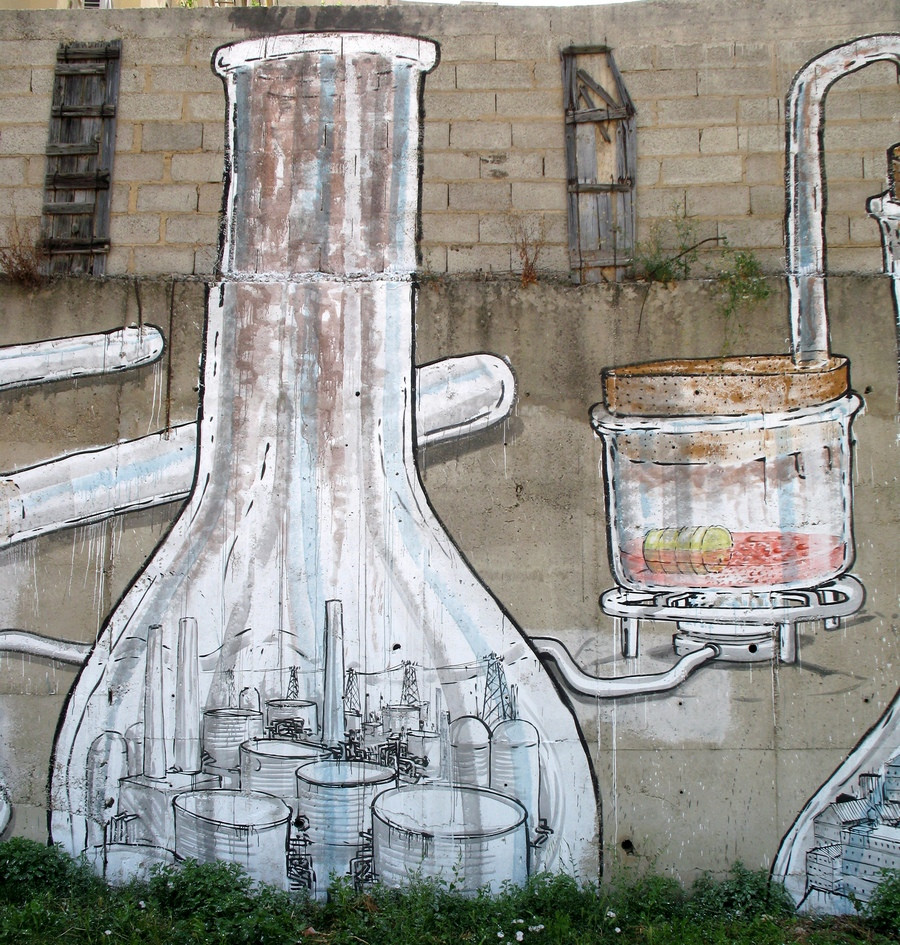 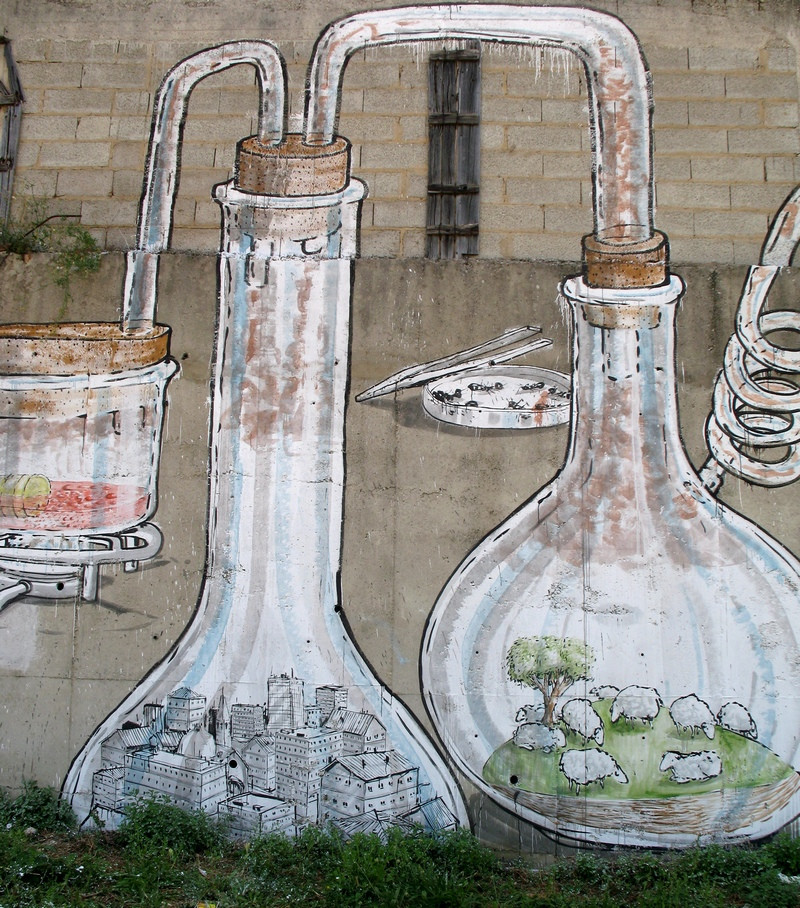 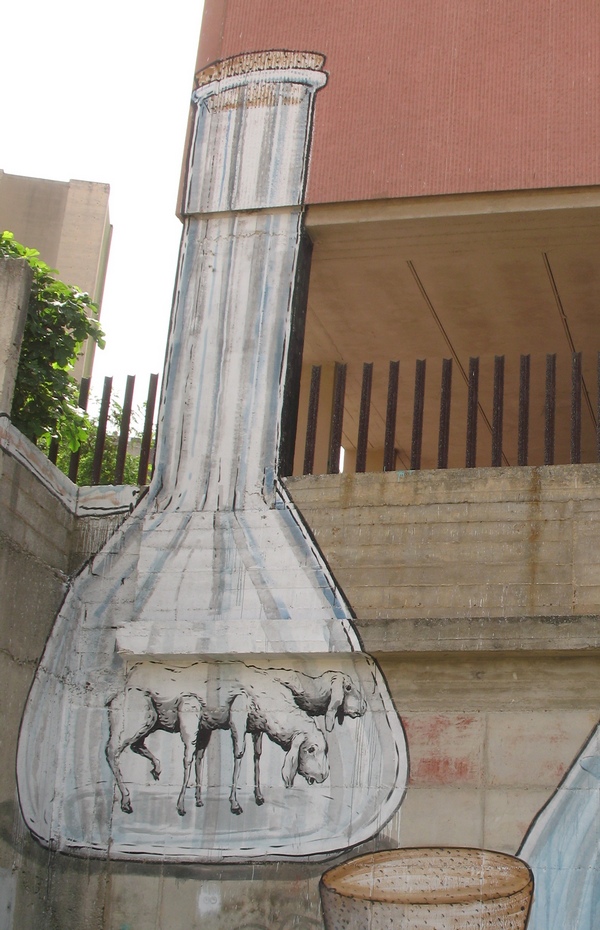