Last night, AM stopped by the private opening of Cyrcle.’s new solo show titled Organized Chaos! Taking place in Los Angeles, this new exhibition by the two-man collective focuses on the central idea of the cube and the way in which bees and flowers relate to society as a whole. It’s interesting to point out that unlike most exhibitions in which art is supposed to hang on a wall, this show actually invites the viewer to interact with the artwork itself. Various pieces are made up of 25 cubes which can be arranged in different positions and what feels like endless combinations. Other pieces display a method of pulling out layers of artwork which can be moved in and out of their frame in a variety of ways. However, what really stands out is the meticulous level of craft. Each one of those pieces – from the rings which say “chaos” on one side and “order” on the other to the largest piece which is made up of over 250 cubes – all features a high level of detail which is easy to notice.

The other important factor in this show is how cohesive the show is in both theme and execution. Starting with the entrance way which resembles a portal-like tunnel – that’s when you get a sense of how well thought out this show is from beginning to end.  It’s clear that Cyrcle. have matured and evolved since their last show a little more than a year ago (covered), but if this is any indication of where they’re headed, then it will be exciting to see what they can come up with next. For those in the Los Angeles area, don’t forget to attend the public opening tonight which will take place  at 6608 Lexington Av., Los Angeles, California. The exhibition will be opened till December 16th, 2012. 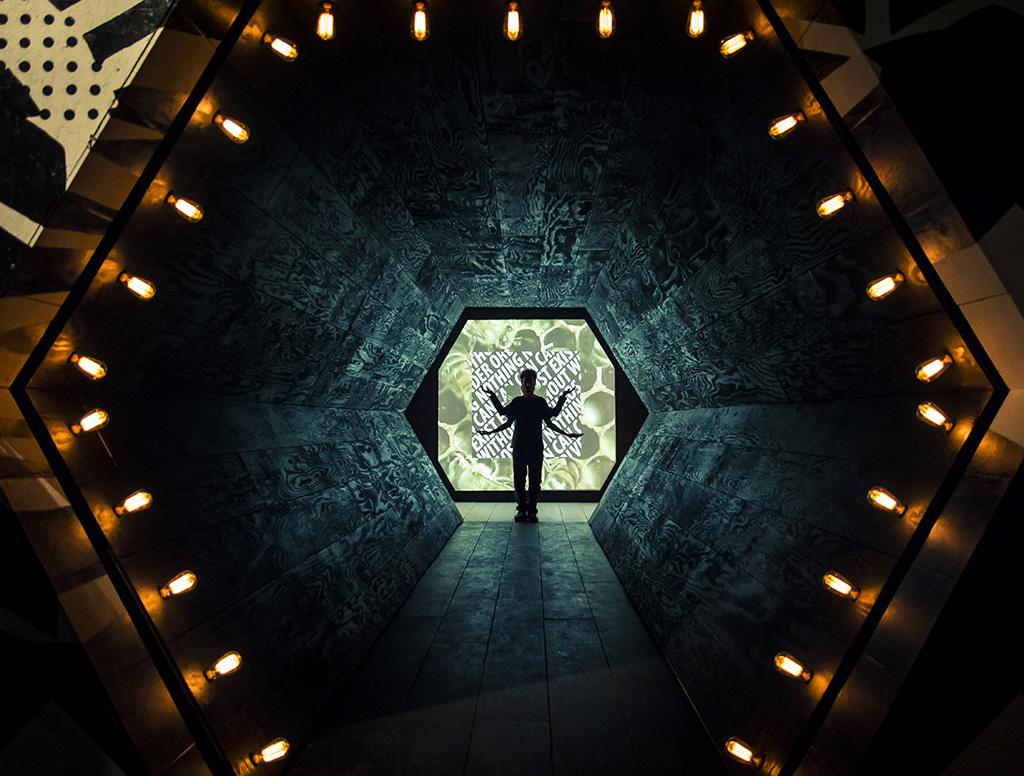 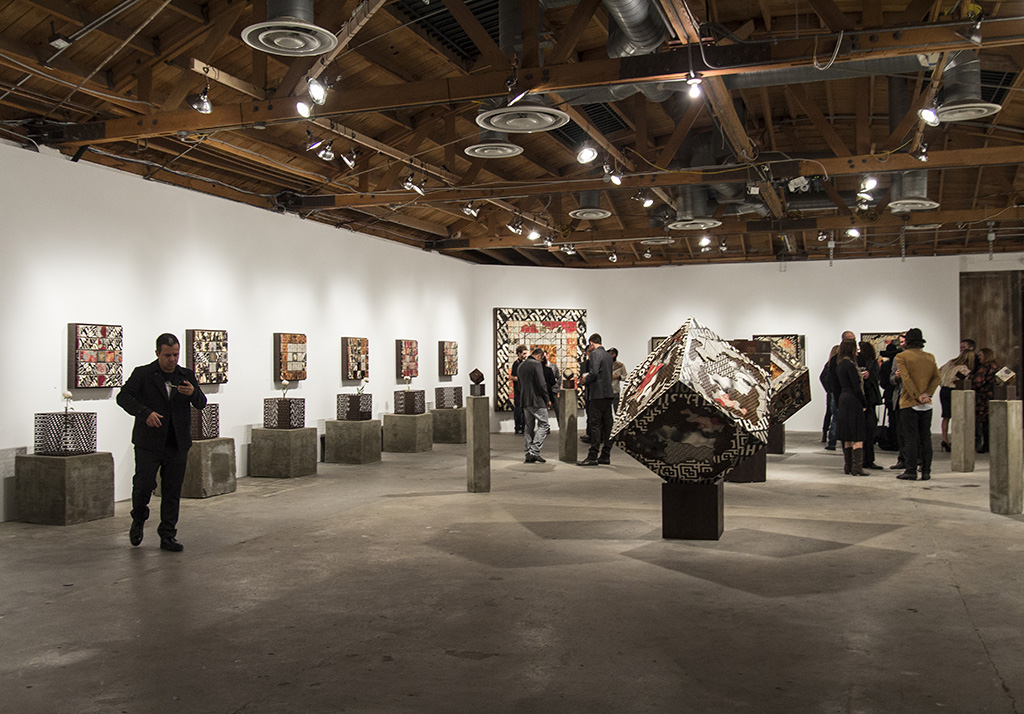 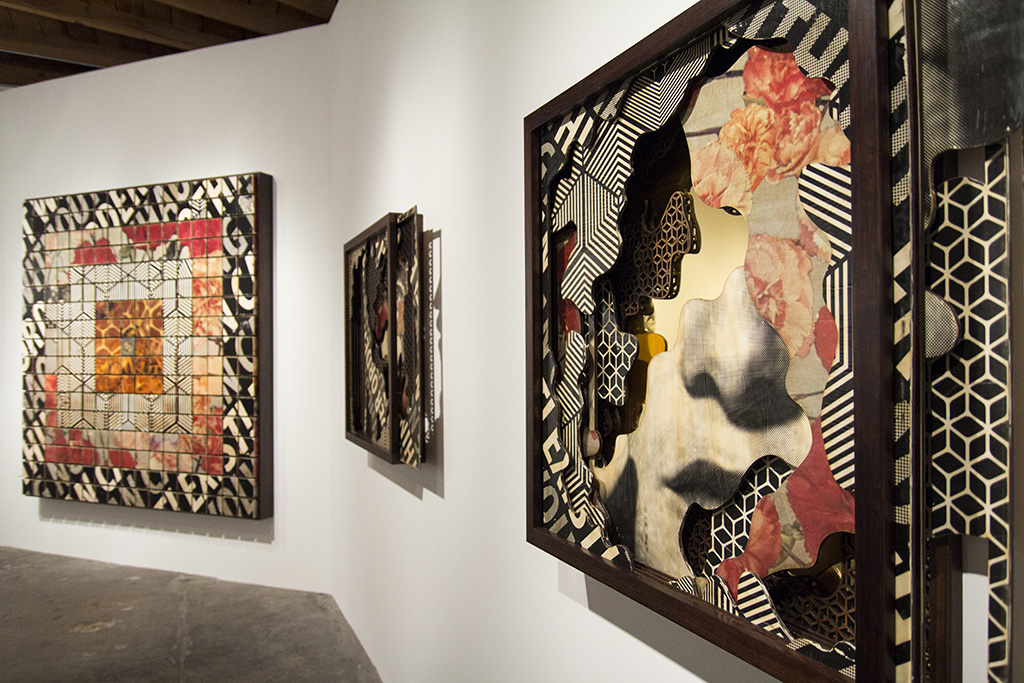 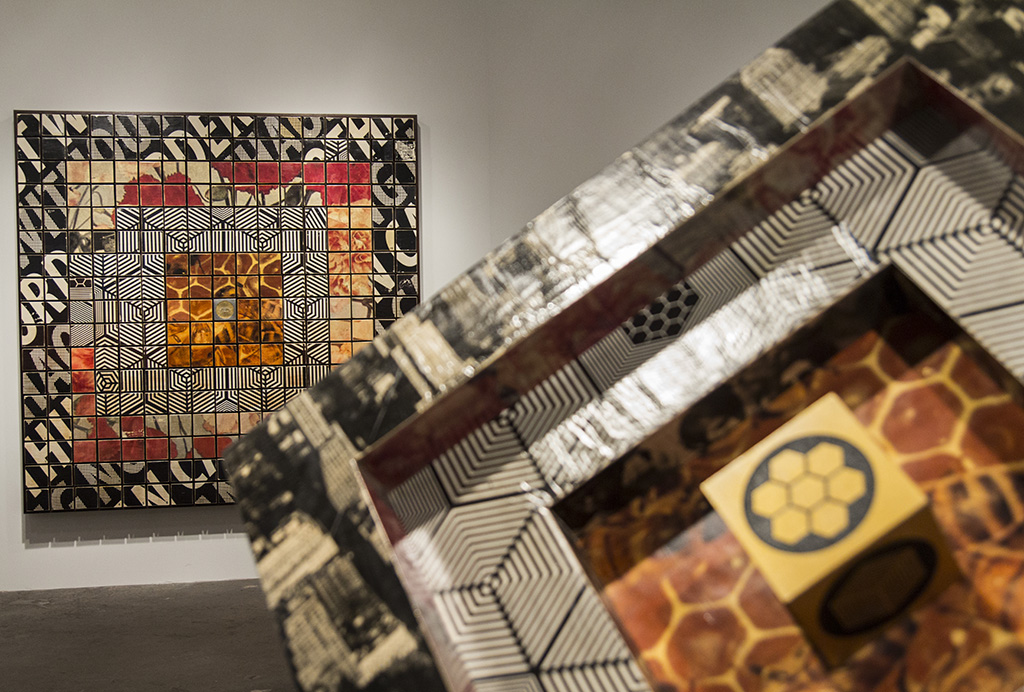 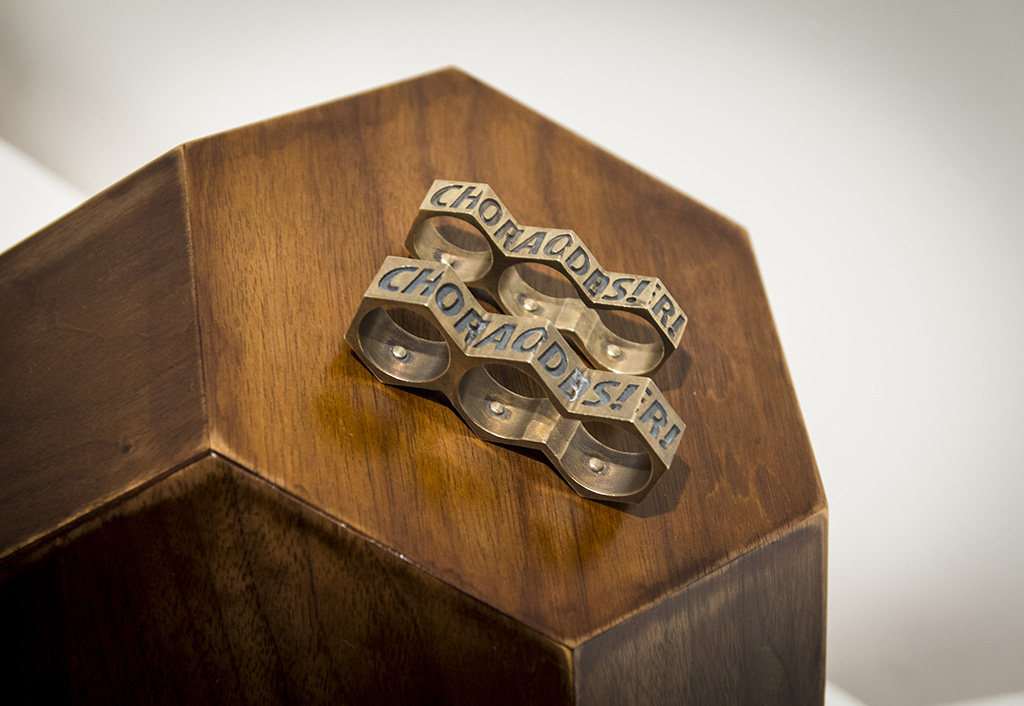 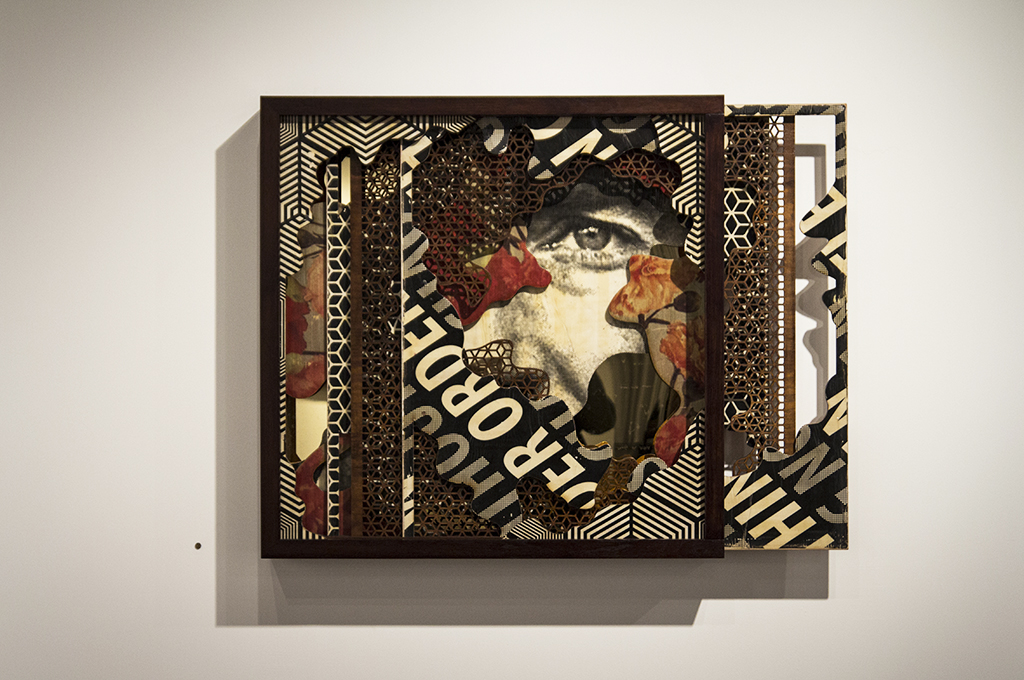 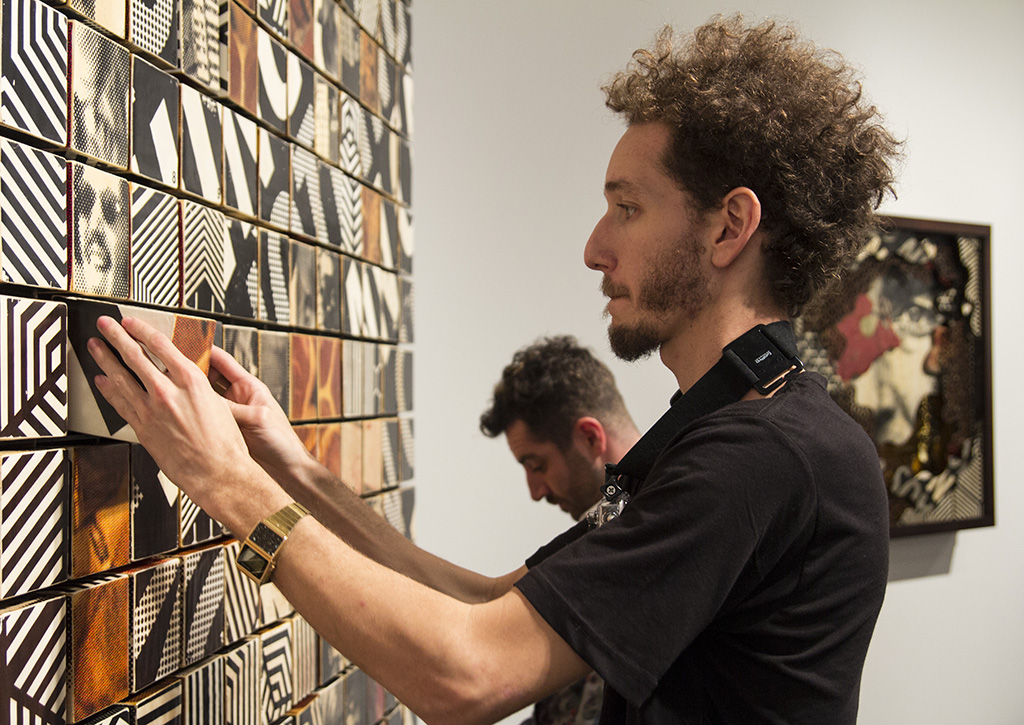 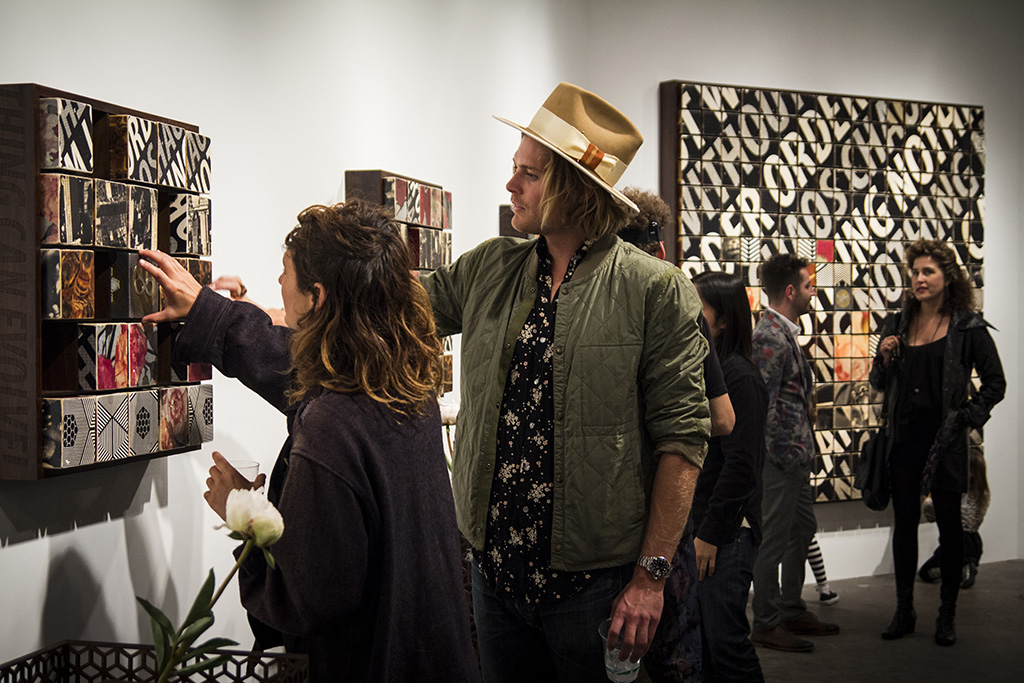