Officially opening their doors just hours ago, Galerie Perrotin in Paris unveiled all new works from the NY-based KAWS in his highly anticipated solo Imaginary Friends. Highlights of the show included multiples of his running chum canvases (also replicated as showcards making a nice souvenir) as well as creatively-shaped irregular piece that appeared to be mirrored in a more conventional painting right next to it – leading to an interesting side by side comparison.

Also making the trip and greeting fans in the courtyard was the impressive COMPANION (PASSING THROUGH) sculpture first seen in Hong Kong, followed up by a showing at The Aldrich, then at in NY at The Standard Hotel, then at his museum show in Atlanta, and most recently installed Modern Art Museum of Fort Worth. The show runs through December 22nd so stop by if you are in the area for a look yourself. 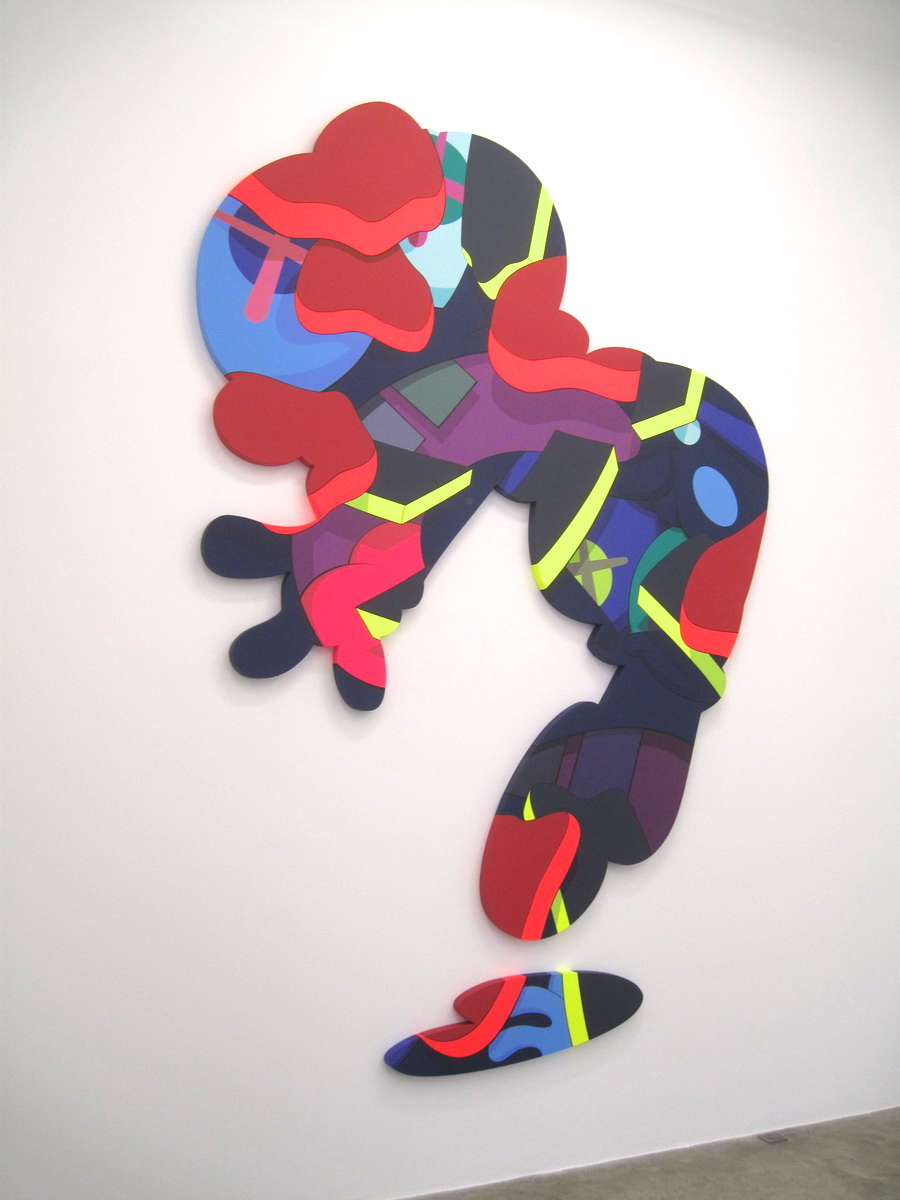 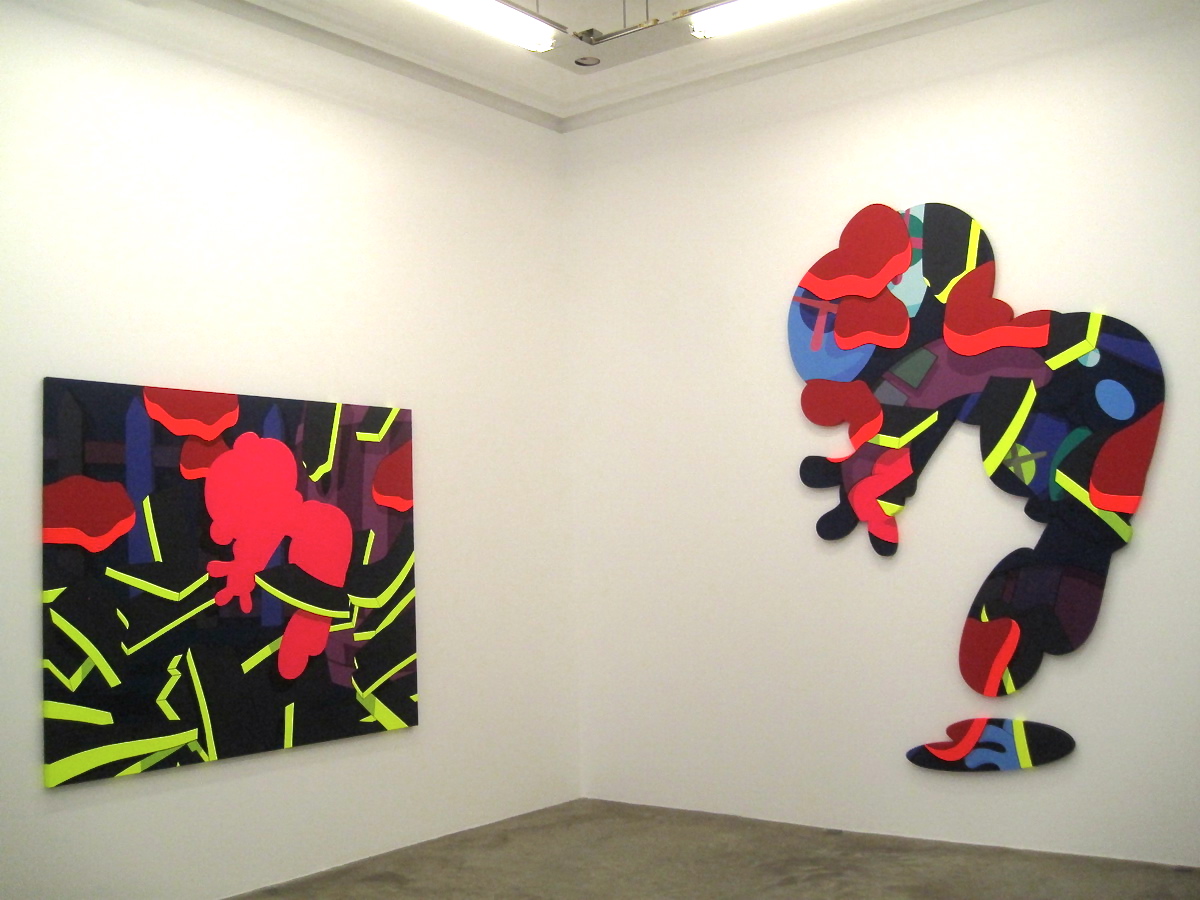 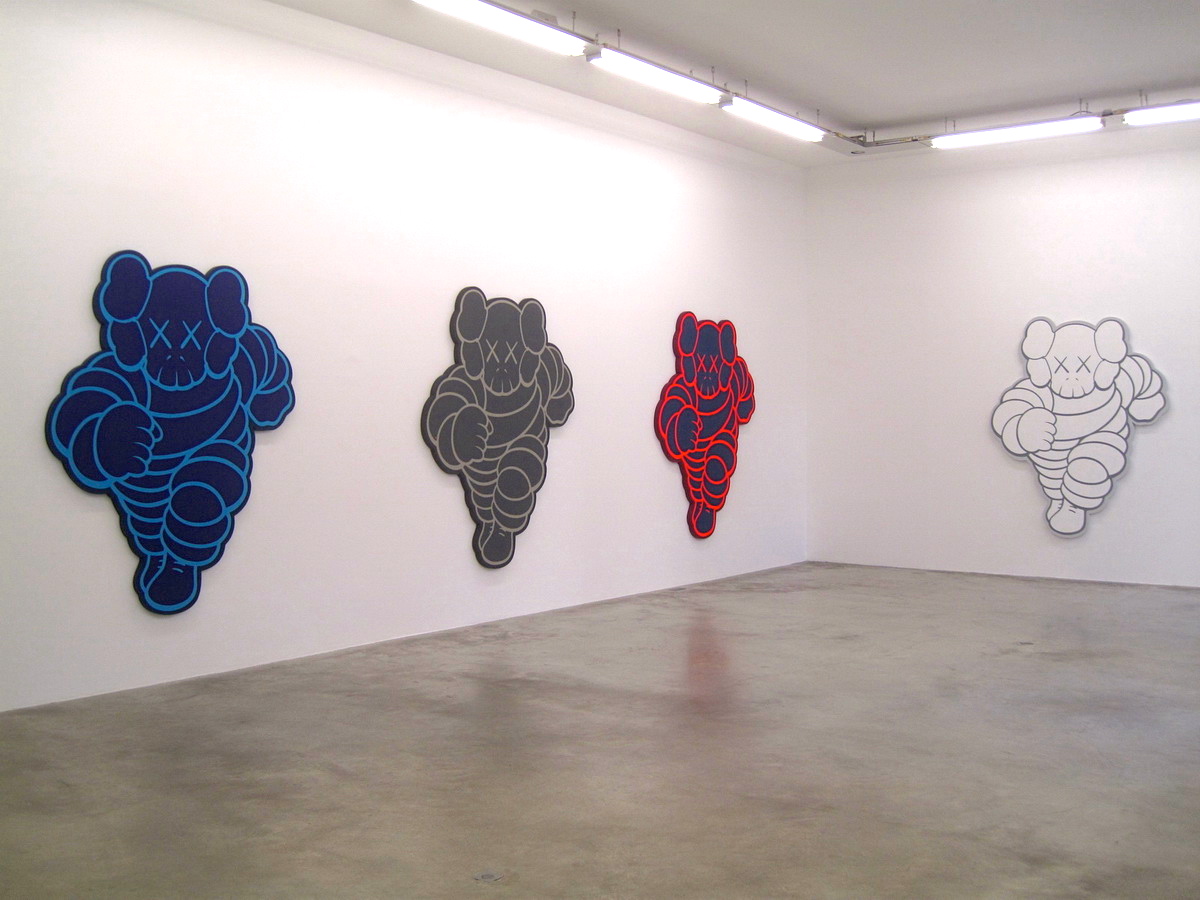 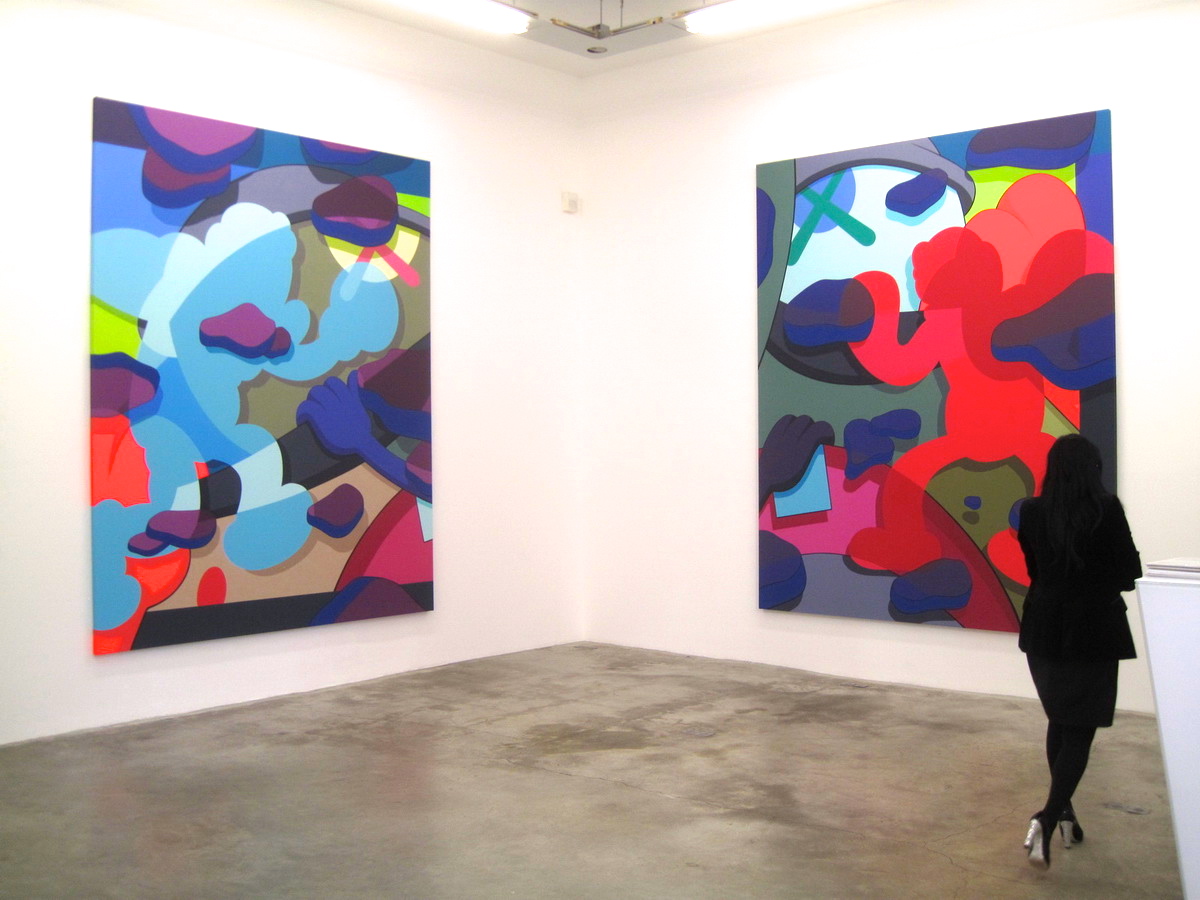 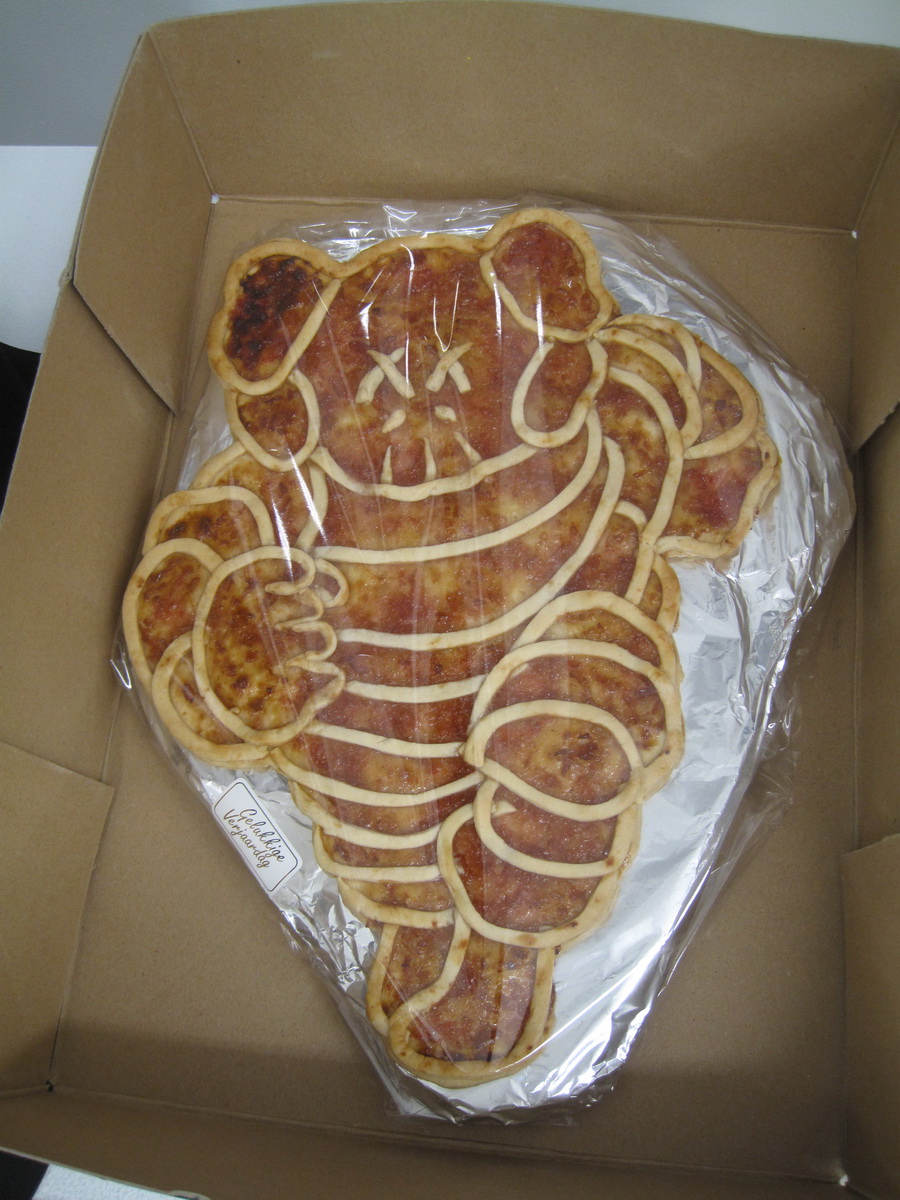 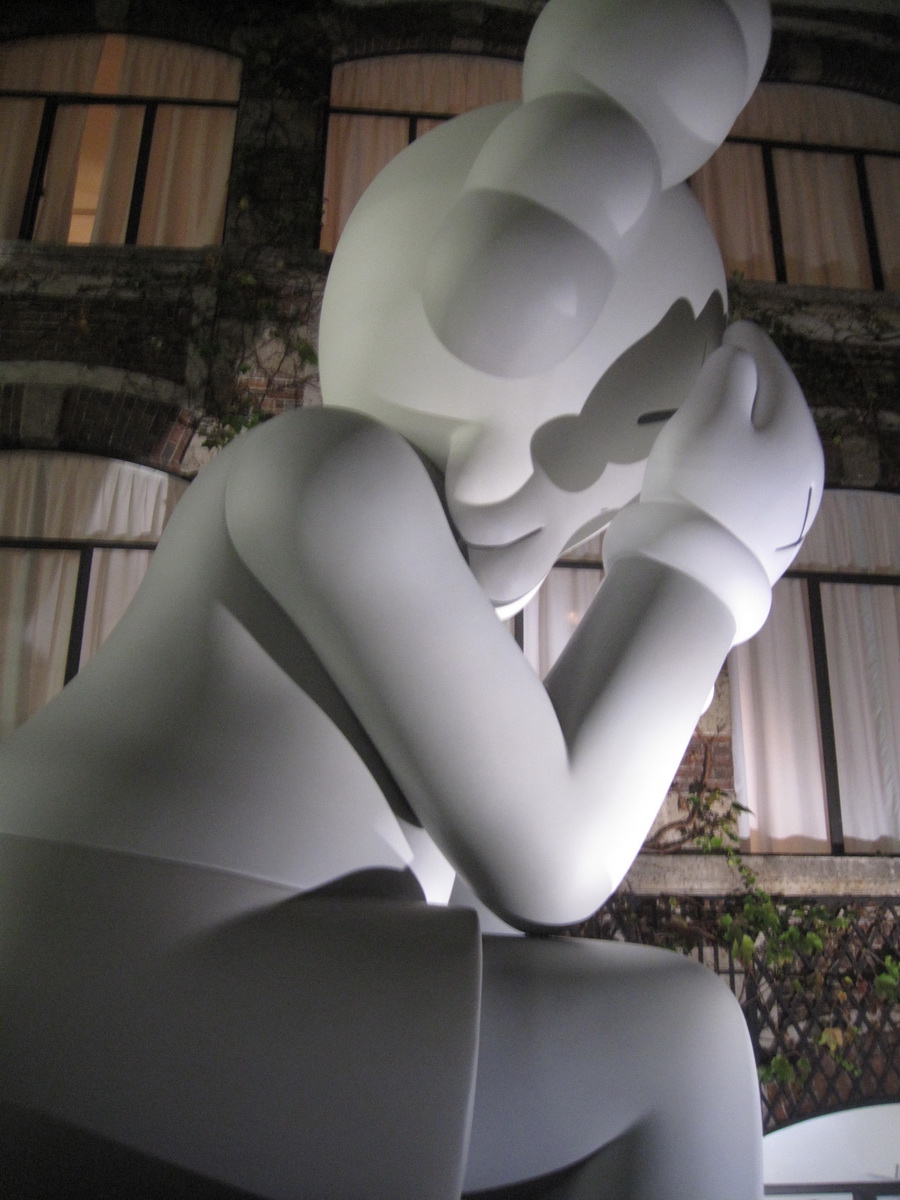 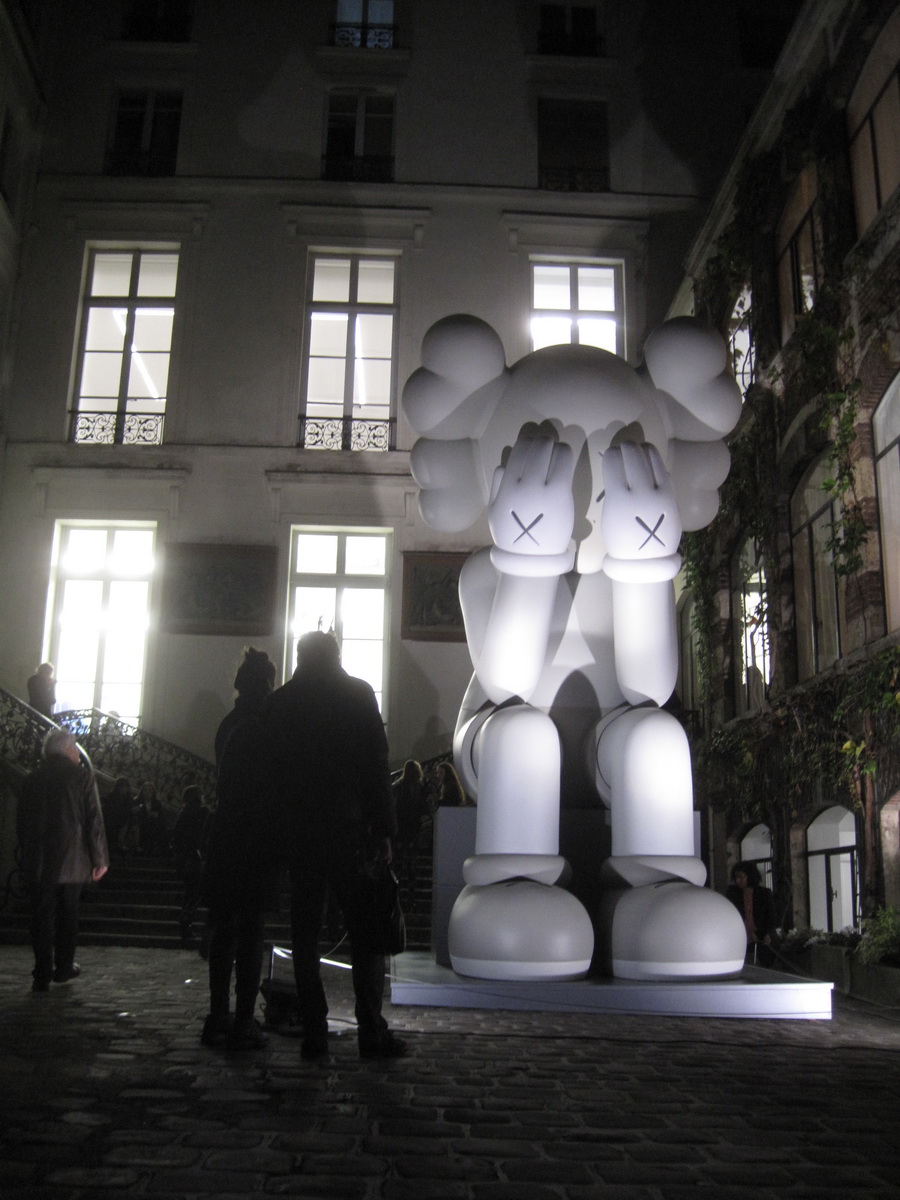 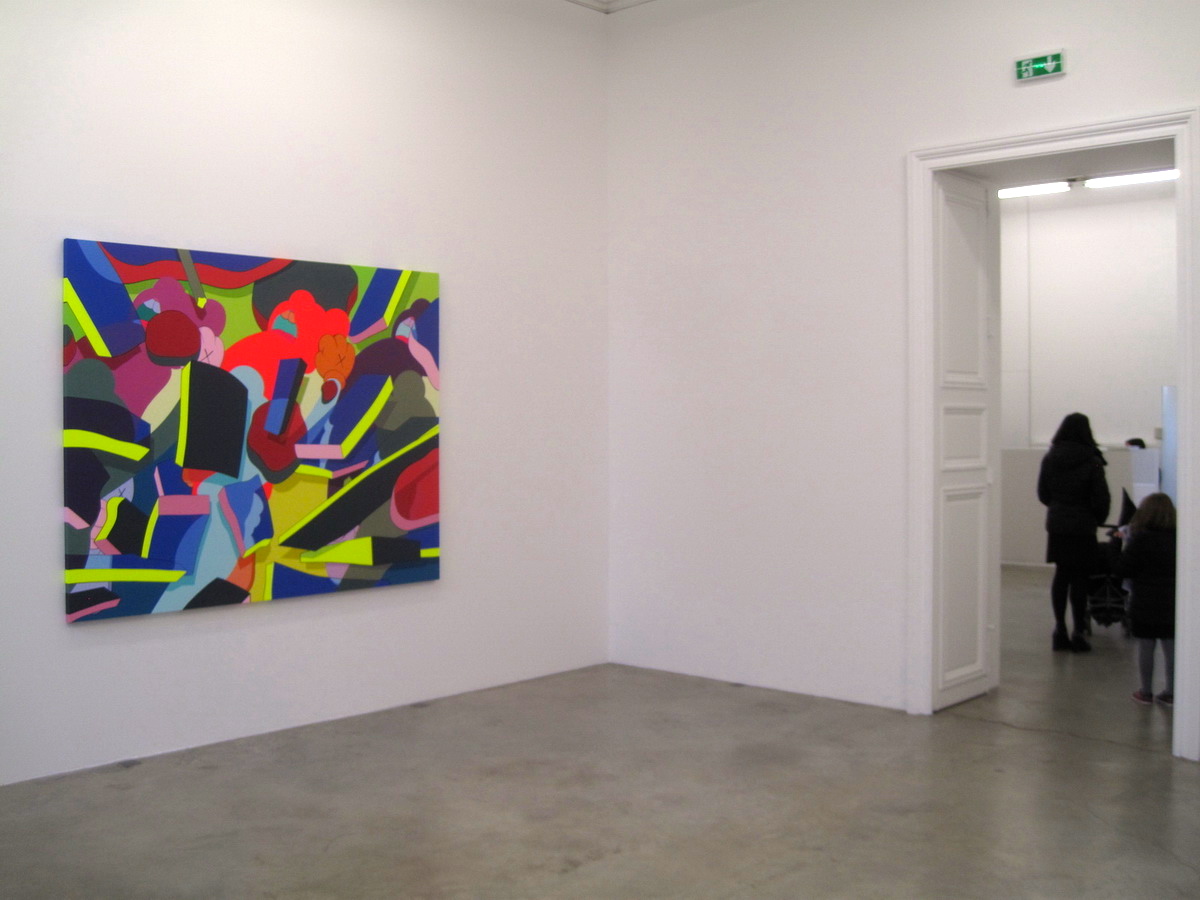