Congratulations to Michael Murphy on this recently completed commission for Time Magazine. The full panoramic view (captured in the animated GIF above) of the sculptural portrait of Barack Obama is featured on the iPad edition of Time’s Person Of The Year edition. Mike’s 66 piece reverse stencil sculpture is reminiscent of the public commission memorial sculpture he created of Stephanie Tubbs Jones in Cleveland a couple of years ago.

Take a look at more of Murphy’s stunning 3D work here, including the Chuck Close portrait he made for the Space//Form exhibition at Breeze Block Gallery earlier this year.

Murphy explains; “The goal with this piece was to capture Barack Obama’s essence in a way that formally referenced the current political climate in America and offered a tactile glimpse at the divide between it’s two dominant political parties. It is a 7′ X 8′ X 6′ sculpture that consists of sixty-six, hand-cut cardboard plates suspended using white braided fibers. As a material, cardboard is something that everyone is familiar with. I was intrigued by the idea that I could take this ordinary material and transform it into something with calculated mechanical precision”.

“It was created considering the perception of the viewer. When viewed from different vantage points, the piece offers varied experiences. Straight on, the shapes are perfectly organized, creating a graphic portrait of Obama as a strong leader. As the viewer moves around the sculpture, seeing it and the points of view change, the image of the president becomes distorted and the layers become their own separate pieces. In the distortion viewers are encouraged to see the red and blue edges of the plates as indications of the electoral divides. From the side, the forward momentum of the piece, as it protrudes out into space suggests growth, progress, movement, and the partisan divide”. 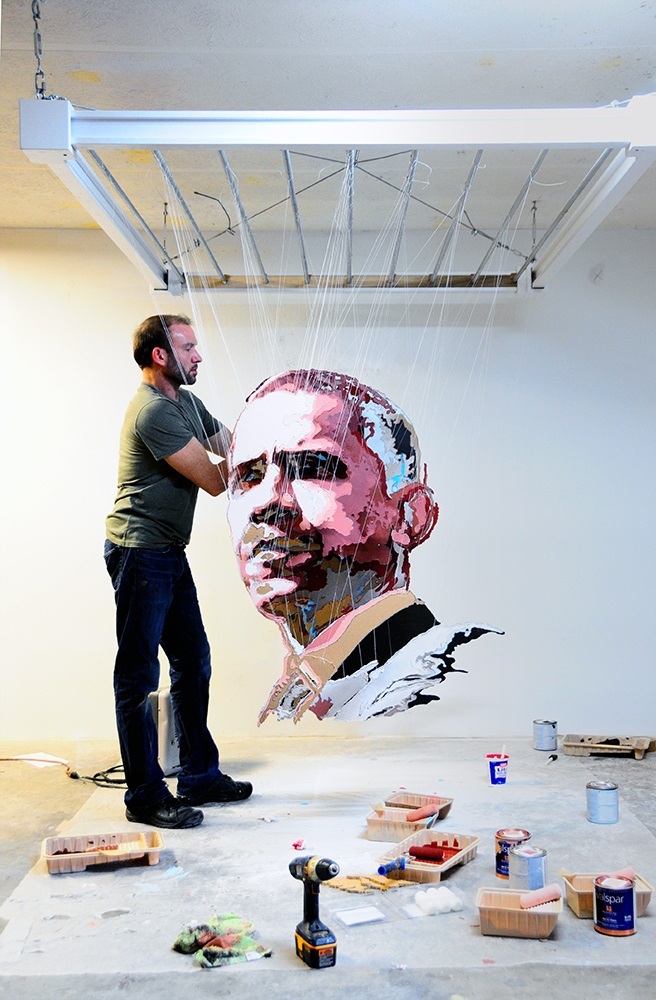 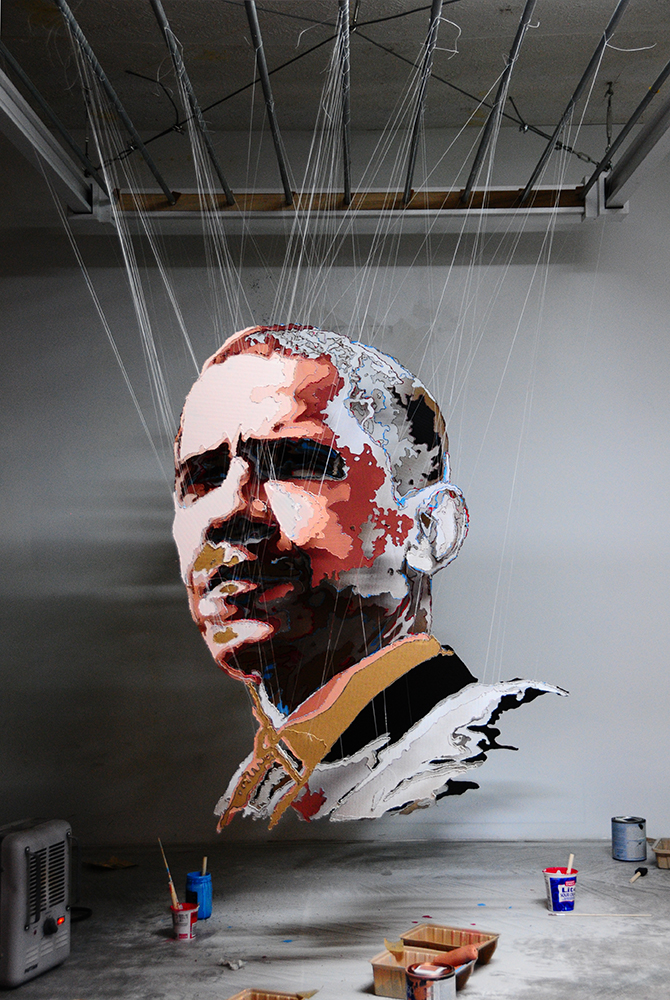 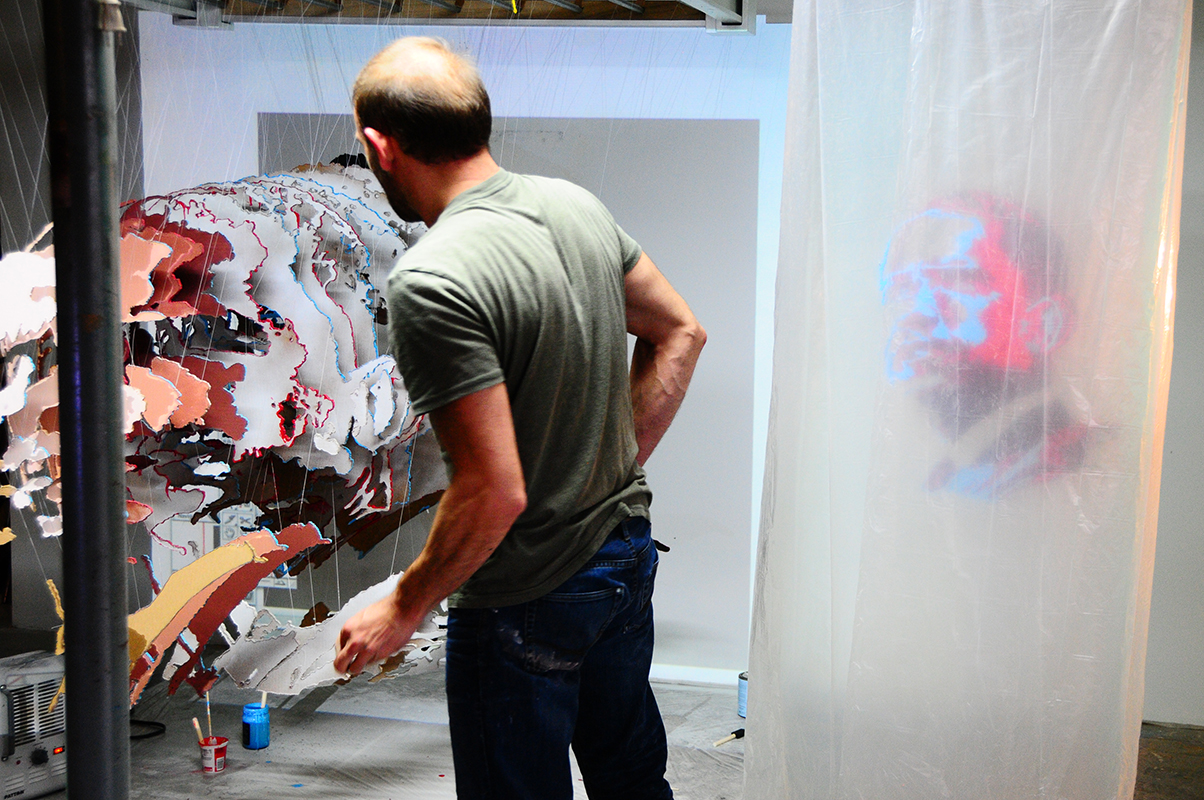 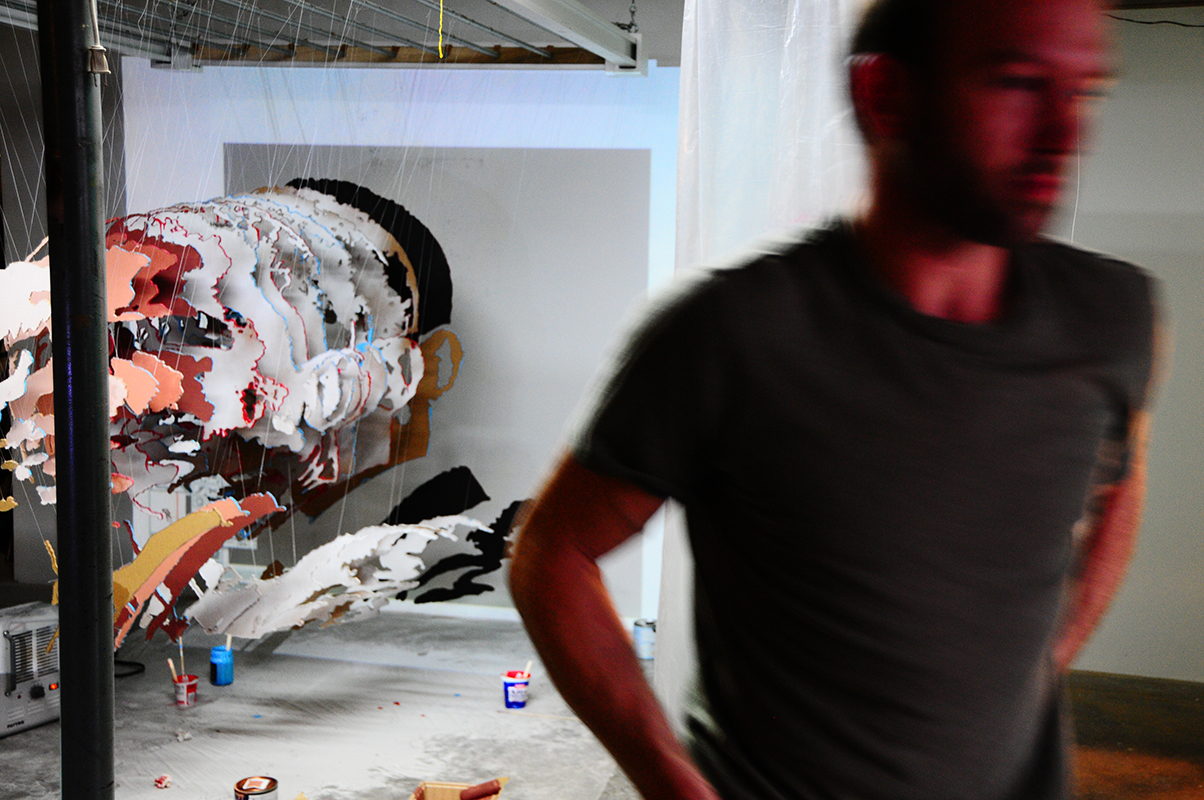 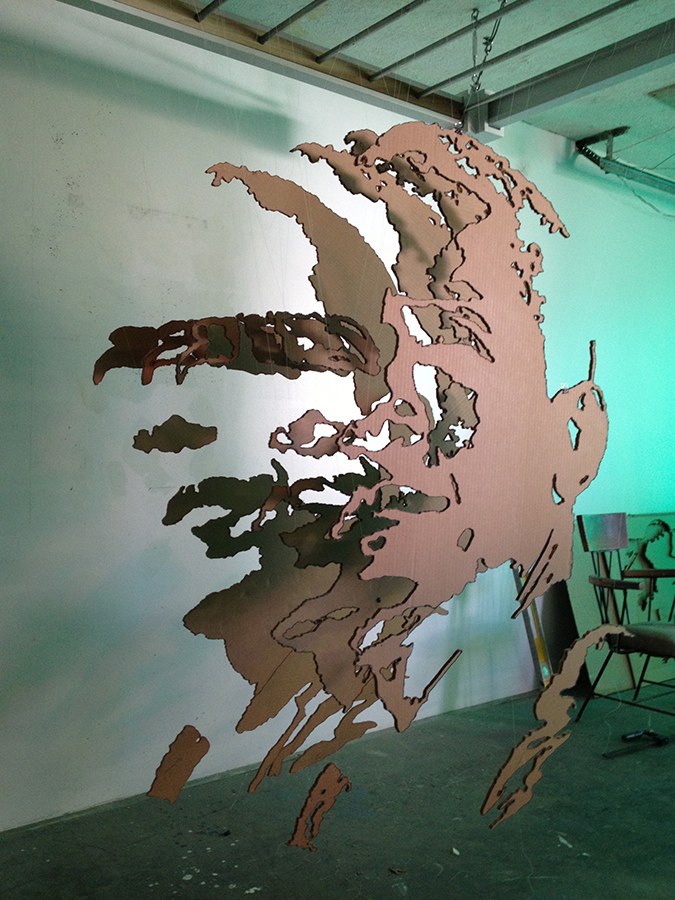 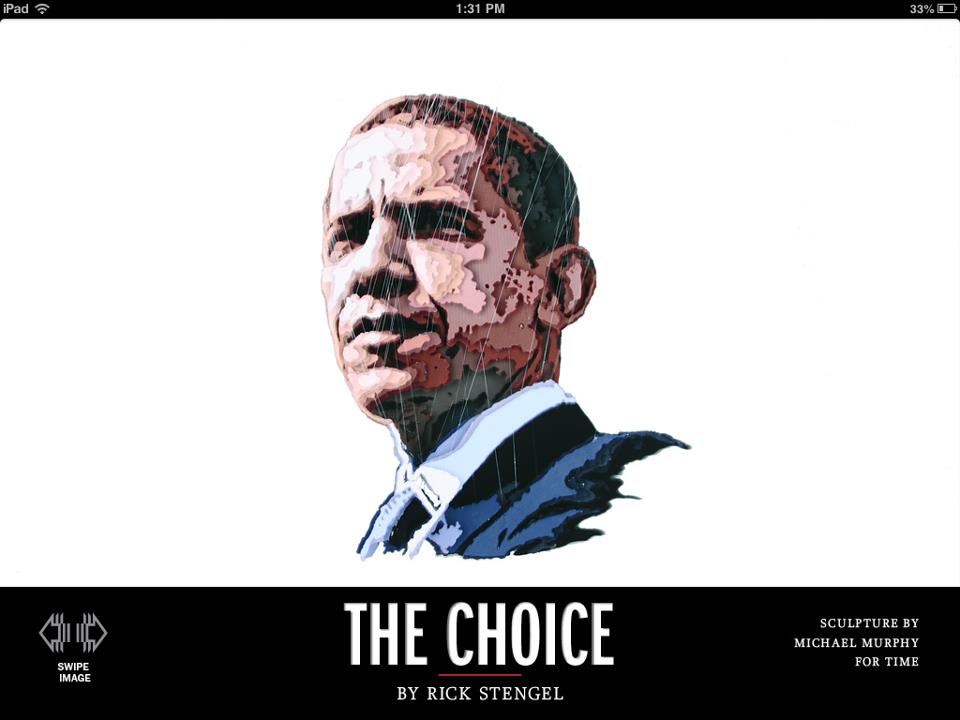 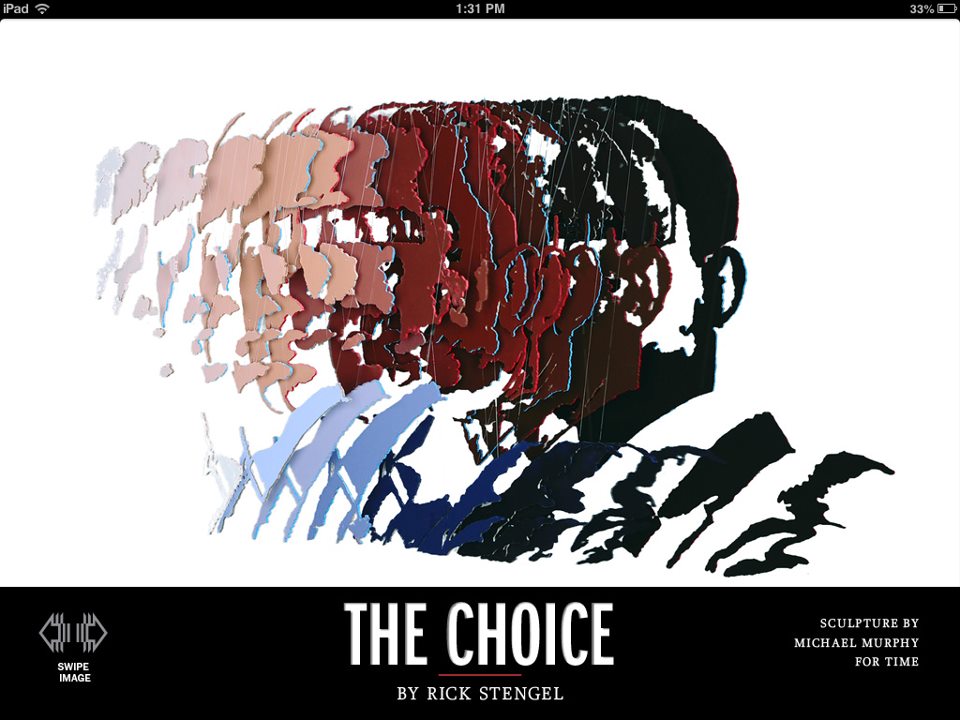 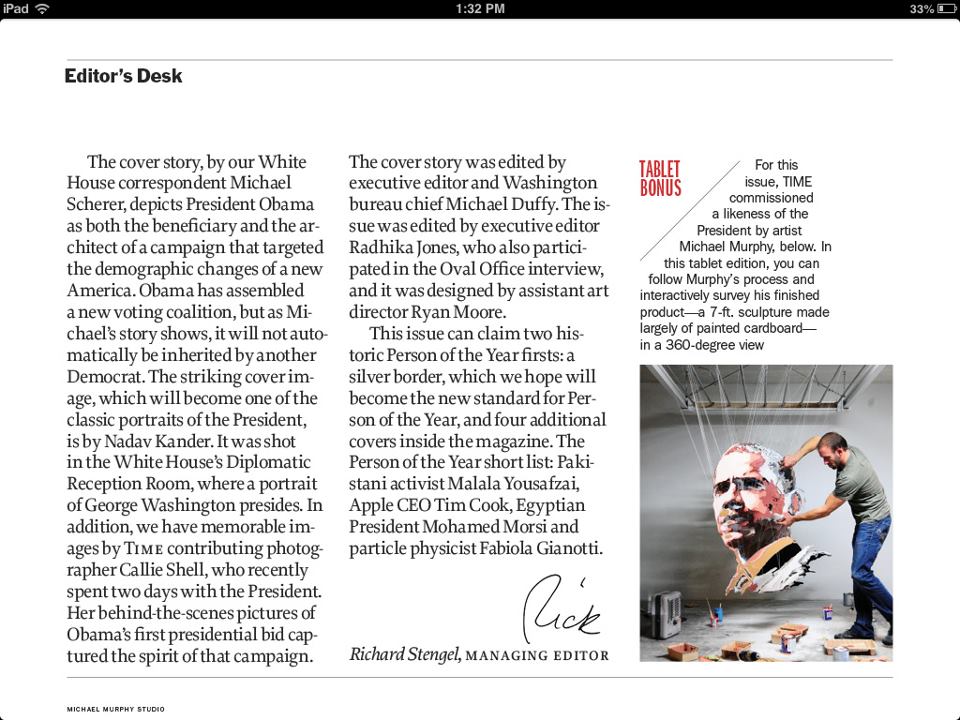