German artist and muralist, Hendrik Beikirch aka ECB, is opening his 2nd solo show with Ruttkowski;68 gallery in Cologne, Germany, on 5th of April. Two years after his last solo show, ECB is back to Cologne with an exhibition simply described/titled “Transsib – Greyhound. Paintings from train and bus rides”.

As fans of his work might know, portraits that tell a story are signature motif both in his large-scale murals, and canvase works. Instead of illustrating famous people, he draws attention to those who have a magnetic personality or some other recognition value. Basically, he is on a constant lookout for characters who become all the more interesting because even they are centerpiece of a large mural, or a work of art on a canvas, they still remain completely anonymous. Beikirch usually takes inspiration from accidental and brief encounters during every day life, and especially travels. In some cases, he gains insight into his sitter’s life and that affects the way he is gonna portrait the person, and at other times, the particulars remain completely unknown. Both to artist and the person looking at the finished piece. As such, his paintings are very open to interpretation whilst exuding authenticity. The prolific German artist enlarges his portraits as tall as 70 meters (230 ft.), as he did in August 2012. with a mural in South Korea‘s second largest city, Busan (covered), making it the Asia’s tallest mural. He uses India ink, acrylic paint, and spray paint. Spray paint might be a rough tool that does not allow pinpoint accuracy, but it does effectively reveal Beikirch’s background in graffiti, and the glance, expression, and mood of his subjects, which comes out in form of dynamic spray lines, drips, and splatters.

Beikirch’s upcoming solo exhibition, “Transsib – Greyhound. Paintings from train and bus rides”, is a showcase of his latest works that are inspired by his travels and encounters on Russia’s Trans-Siberian Railway and America’s Greyhound buses, which are perfect opportunity for artist to observe and meet people. Even operating on different parts of the planet, around completely different political settings, both these forms of transportation are connecting people by transport the working class long distances. In Beikirch’s canvases, it is difficult to determine whether subjects are coming from the East or the West, with only tiny details giving any clue to the observer. 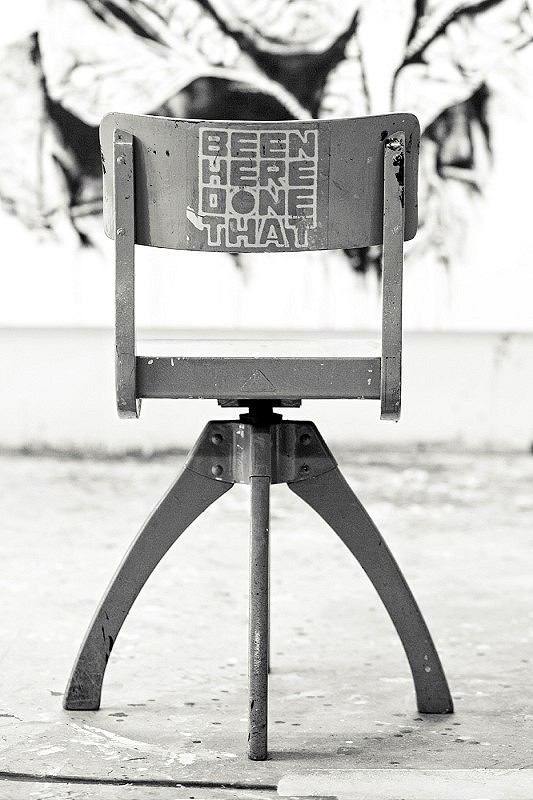 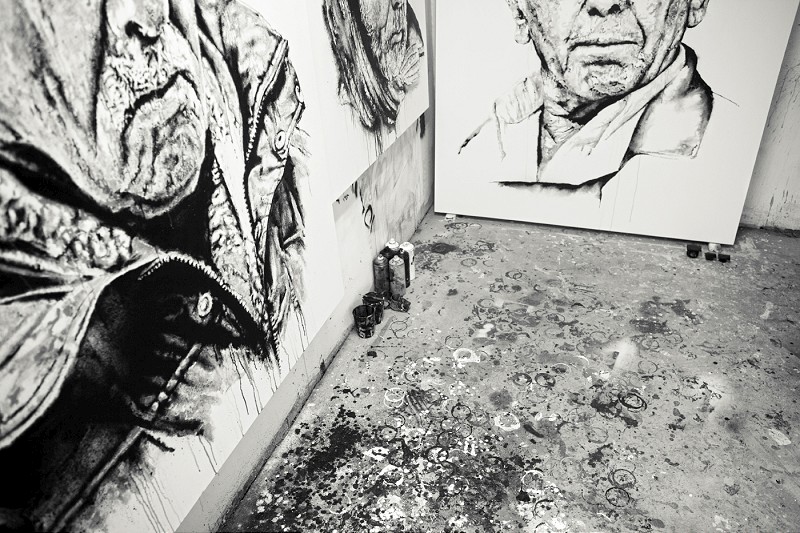 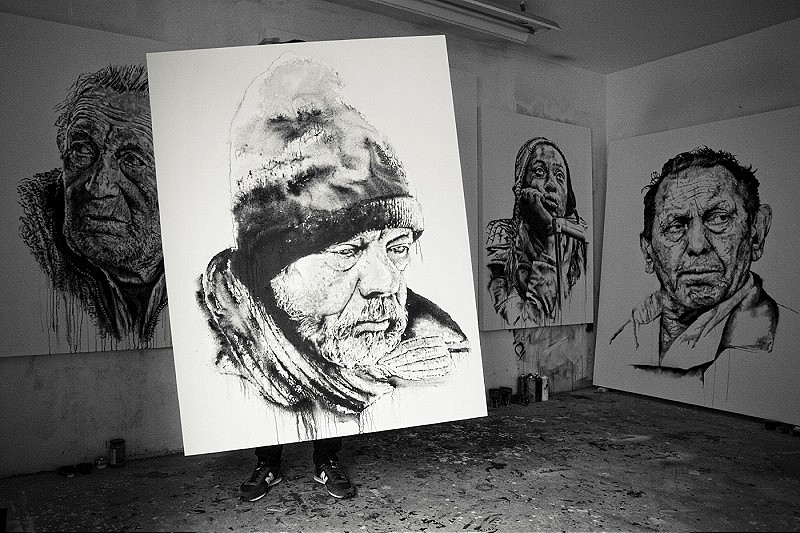 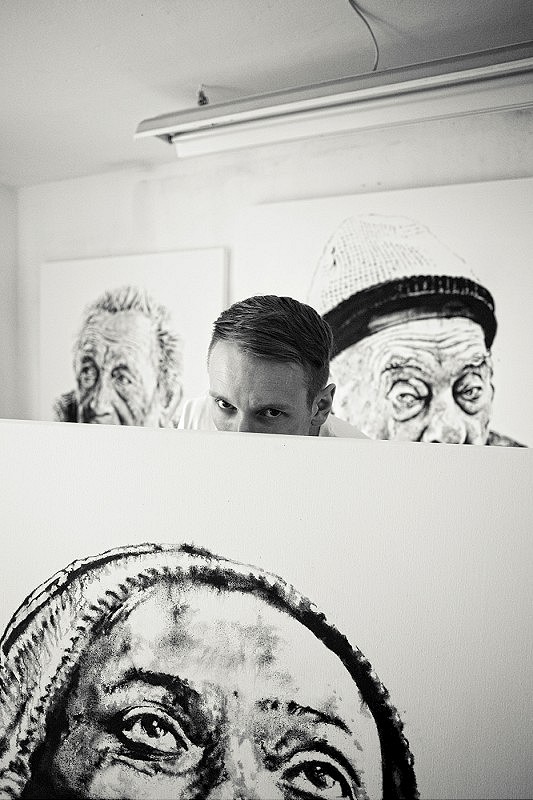