German photographer Nils Müller recently published his second book titled Vandals with the official release on the May 1st, which will be followed by a gallery show at Ruttkowski68 (Cologne, Germany) opening on May 24th. Similar to his last book Blütezeit, published back in 2008, this latest volume covers the rarely exposed lives of urban vandals, and is released in regular and limited edition (limited to 500 signed copies now available for pre-order).

Being a graffiti writer himself, Nils started using his camera solely for a documenting purpose only, but it didn’t take long until he realized the opportunities he had as a train bomber with the camera skills. He was in the unique position of being able to capture priceless moments that not many people will ever witness, so instead of simply photographing the finished works, Müller started documenting the process behind it. After years of capturing the raw action, thrill, planning and risk that comes with this lifestyle, he started focusing on details and special moments, getting more direct and personal with his work. He started capturing almost abstract images and scenes that not even the subjects of his photos would notice, often revealing their heightened emotions and tension as they were doing their adrenaline-fueled tasks. The result is an extensive collection of exclusive photographs, showcasing eight years of jumping fences, cutting barbed wires, hiding, running, evading motion detectors, etc, all in order to put your name on the most prominent spot possible. Train bombing is still an illegal worldwide phenomenon that is strongly and openly influencing and penetrating the world of mainstream art, and Vandals reveals the atmosphere, emotional tension, passion and teamwork that not many people had a chance to witness any other way.

Gallery Ruttkowski68 and Arrested Motion are giving away one copy of signed, limited edition book (edition of 500), so in order to qualify for the contest, you need to leave a comment below and also like the Nils MullerFacebook fanpage as well as like the Arrested Motion fanpage. 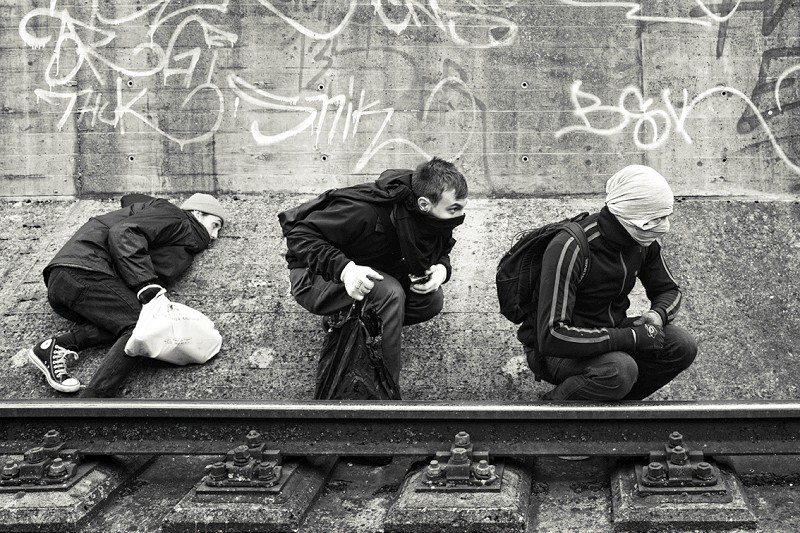 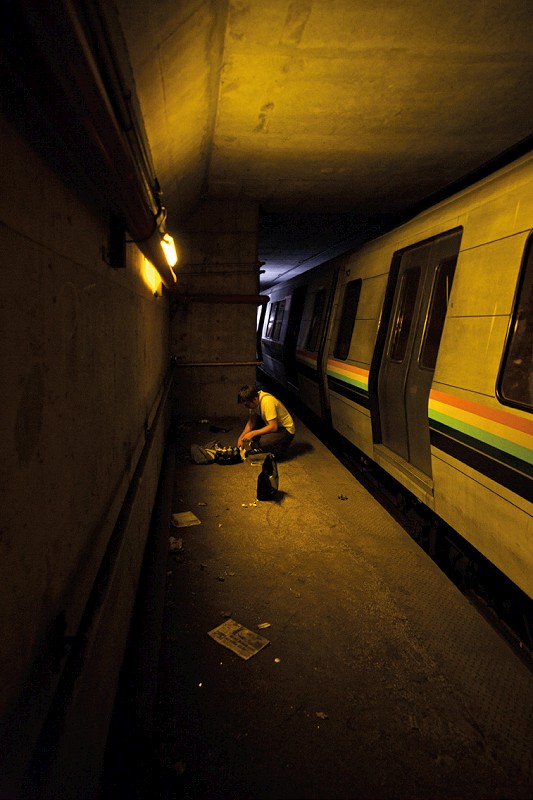 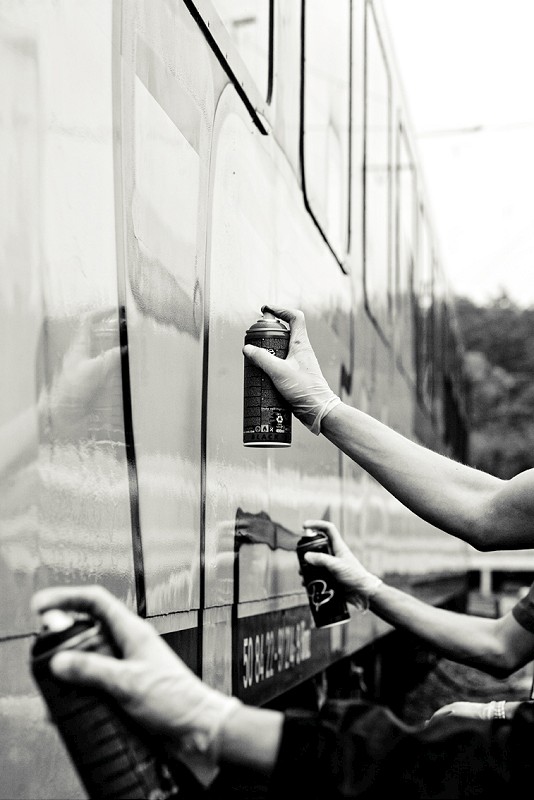 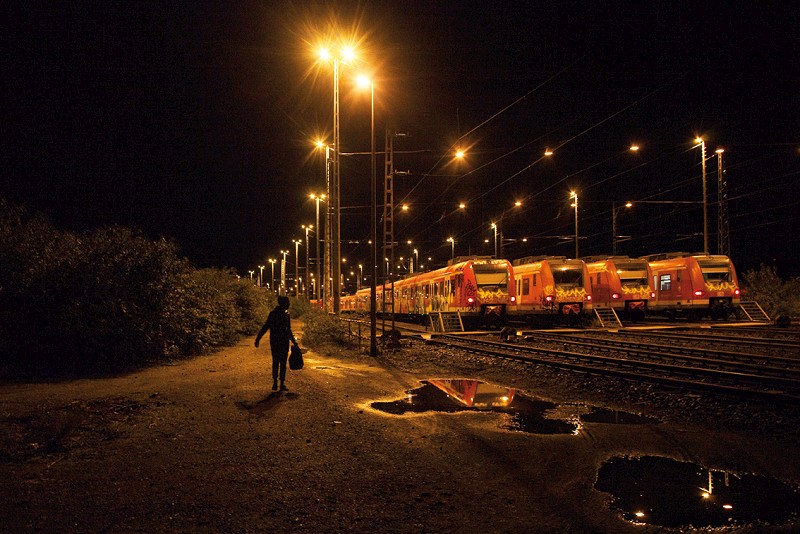 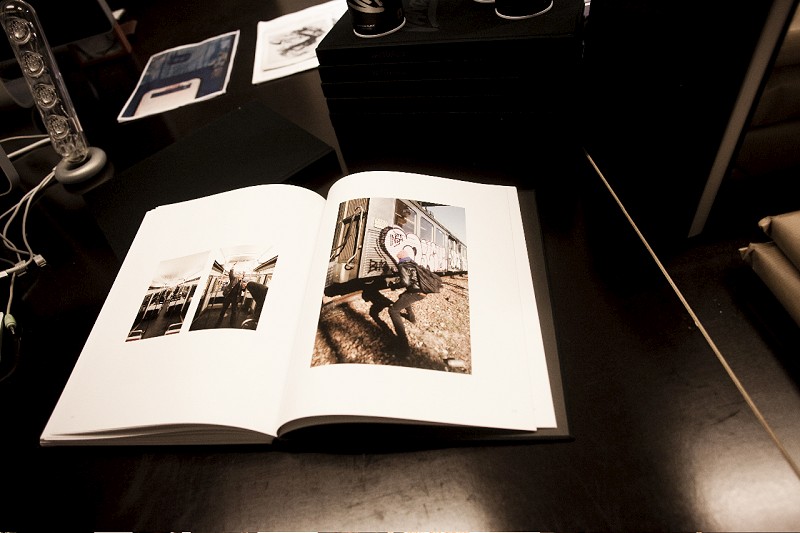 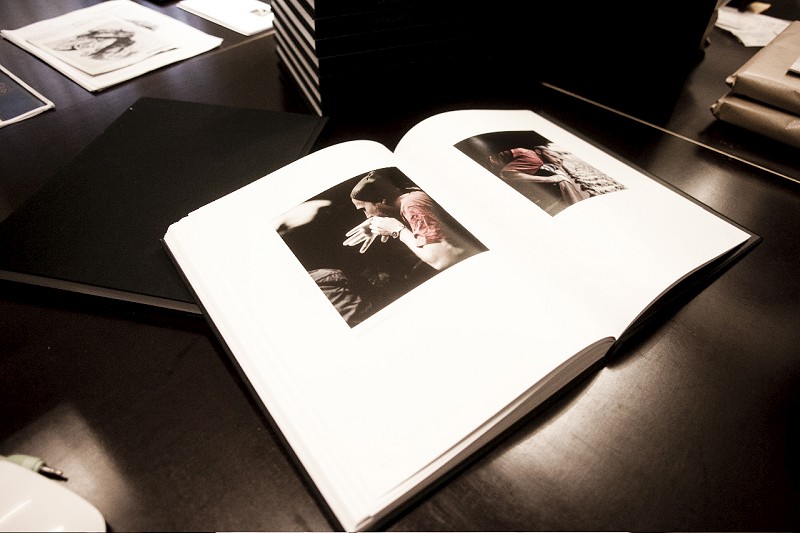 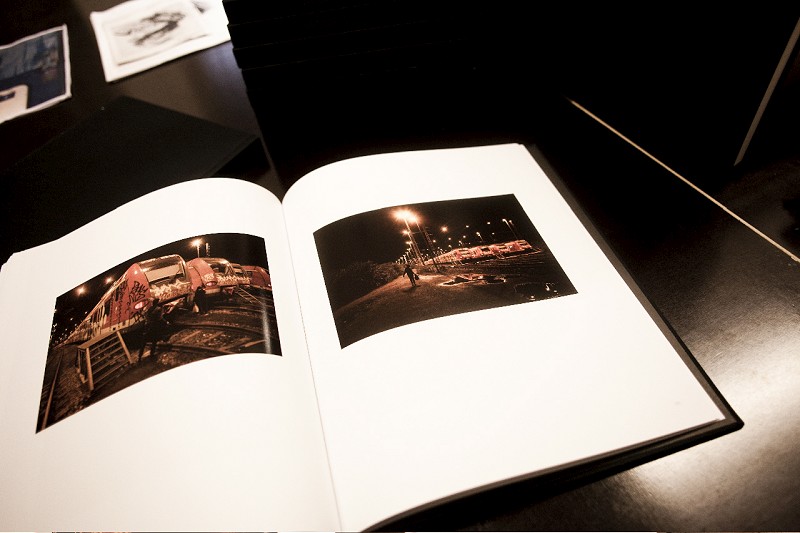 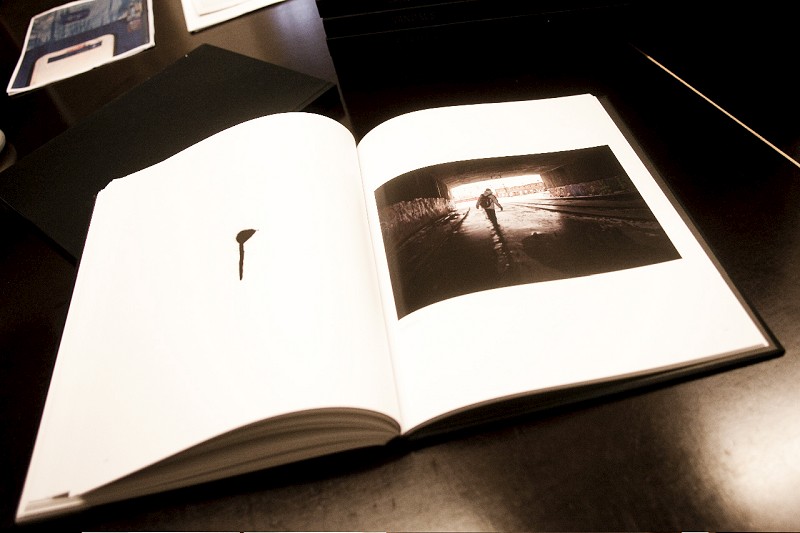