After releasing large scale versions of his most iconic character and creating one off customs (here, here, and here), Joe Ledbetter has slowly been releasing production versions of his beloved bunny. The latest in his line of Chaos Bunnies is the Astro Zombie Bunny, set for release at the fast approaching SDCC. Produced by The Loyal Subjects, the new figure will be limited a run of 300 and first be released at their booth (#5645), then online. 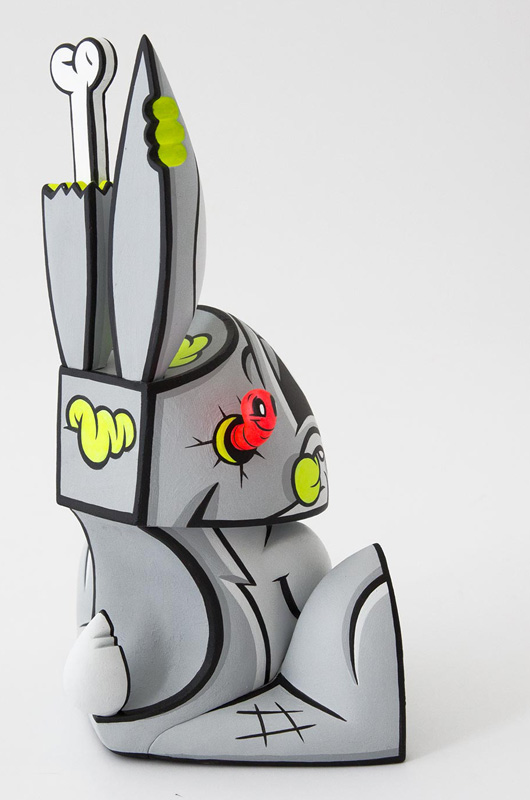 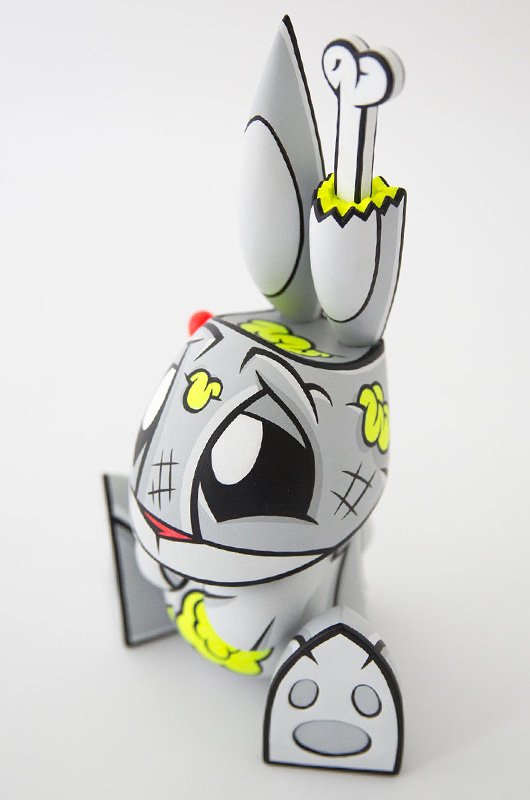 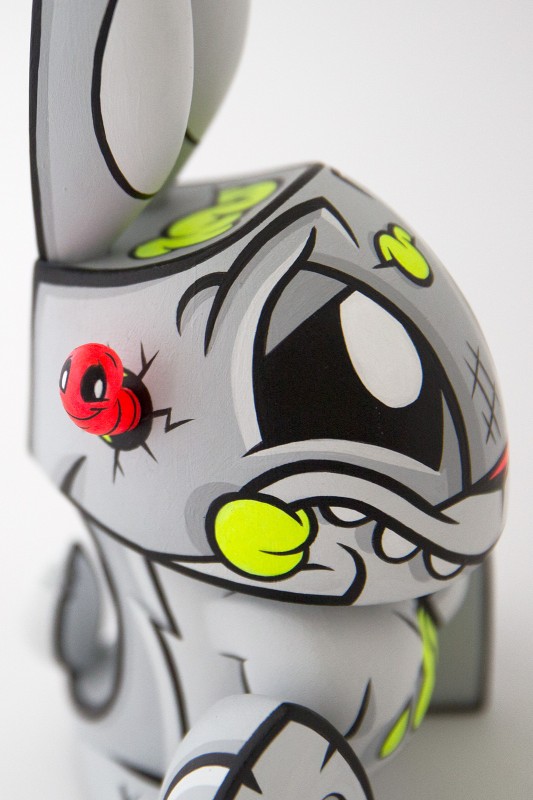 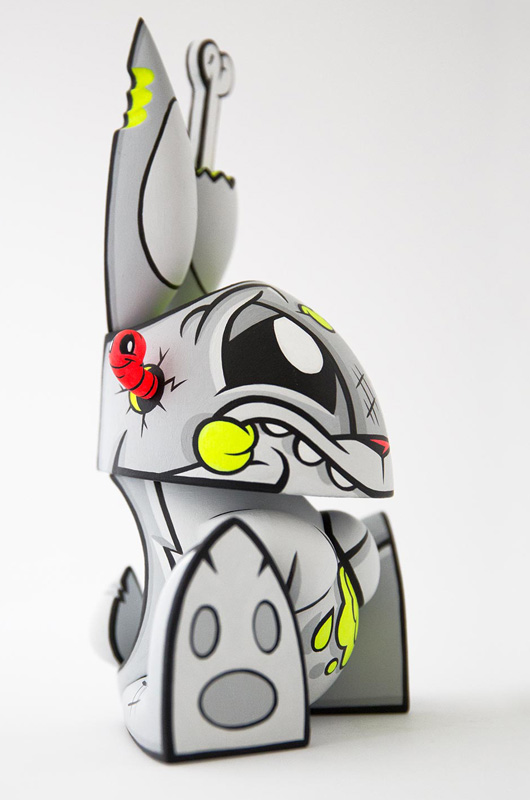 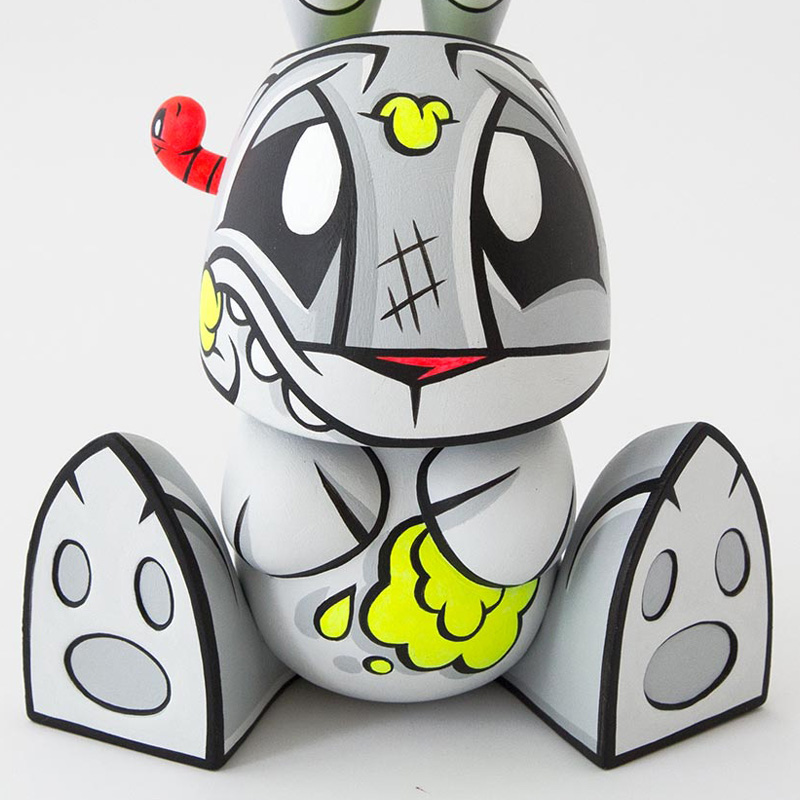