British artist and illustrator Phlegm recently visited Croatia. He worked on a new mural in the medieval town of Vodnjan, on occasion of the Boombarstick festival, alongside other street artists from all over Europe. The artist was painting a lovely front wall of a former church, which later became a cinema, and created an interesting architectural piece for it. He created a multi-dimensional tower/staircase, that nicely incorporates the existing elements on the wall he was working on, while blending it with its surroundings. While he used very old and very fine dip pens when creating his meticulous illustration pieces, the artist used the spray can in a similar way, so the whole process is very precise and time-consuming. Working on the image for about 10 hours each day, the impressive mural was finished after 5 entire days of painting in the boiling hot Mediterranean sun. After this festival, the artist continues his travels and will create more beautiful works all around the world. 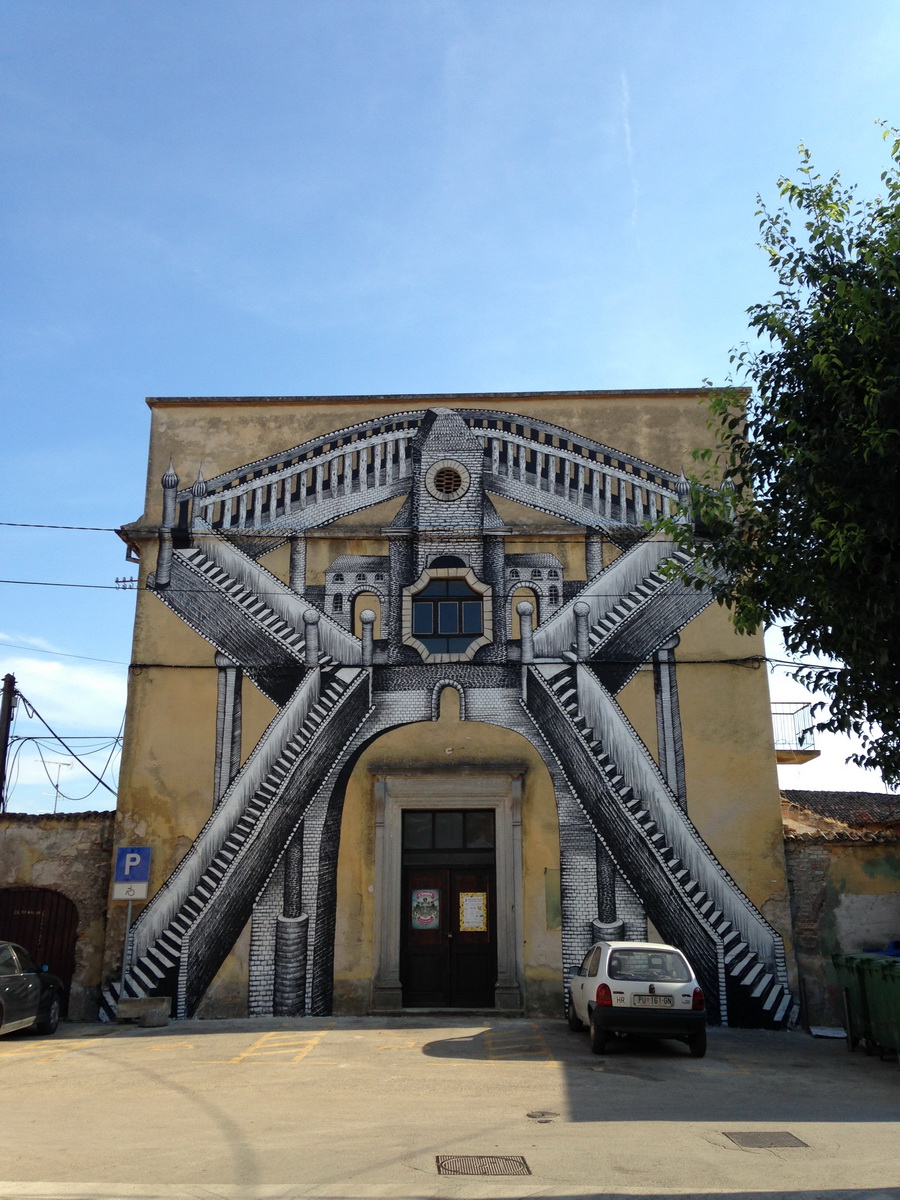 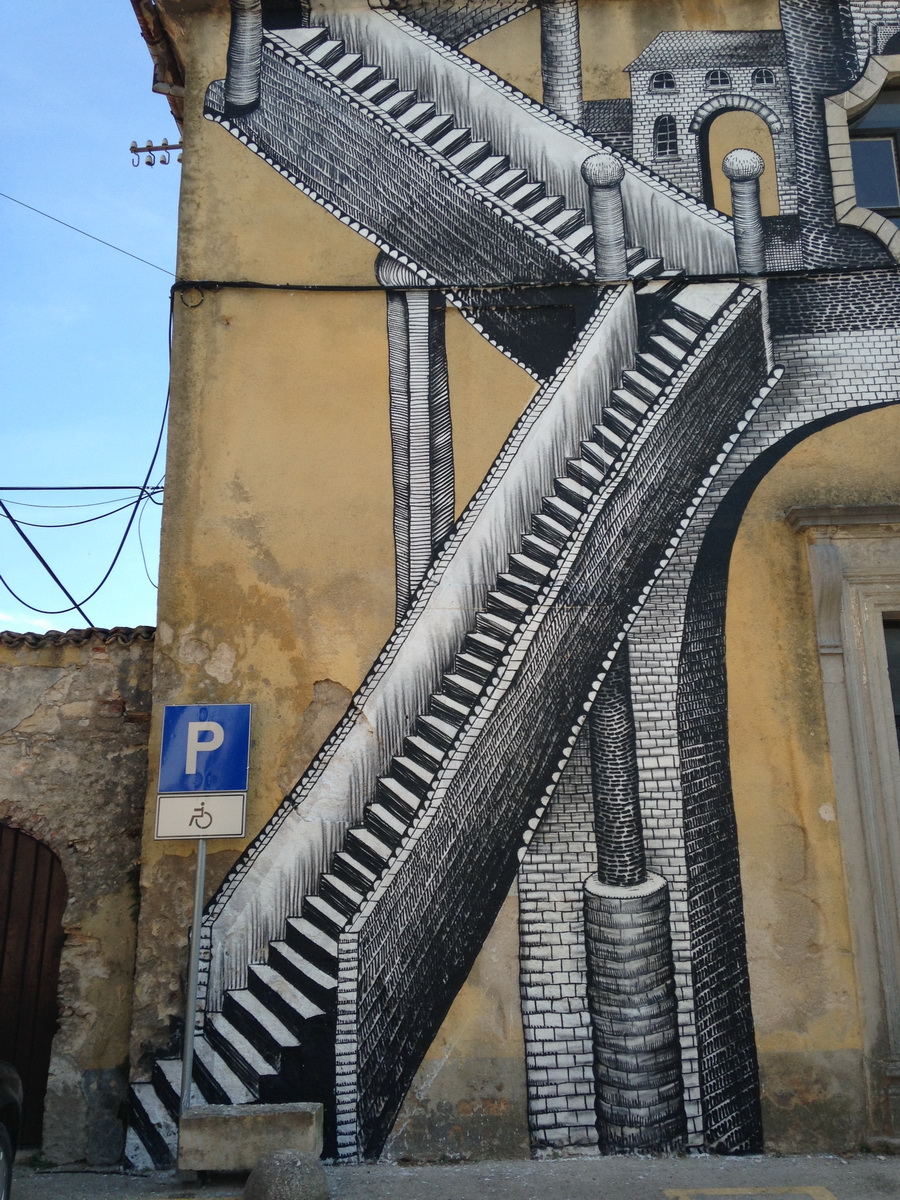 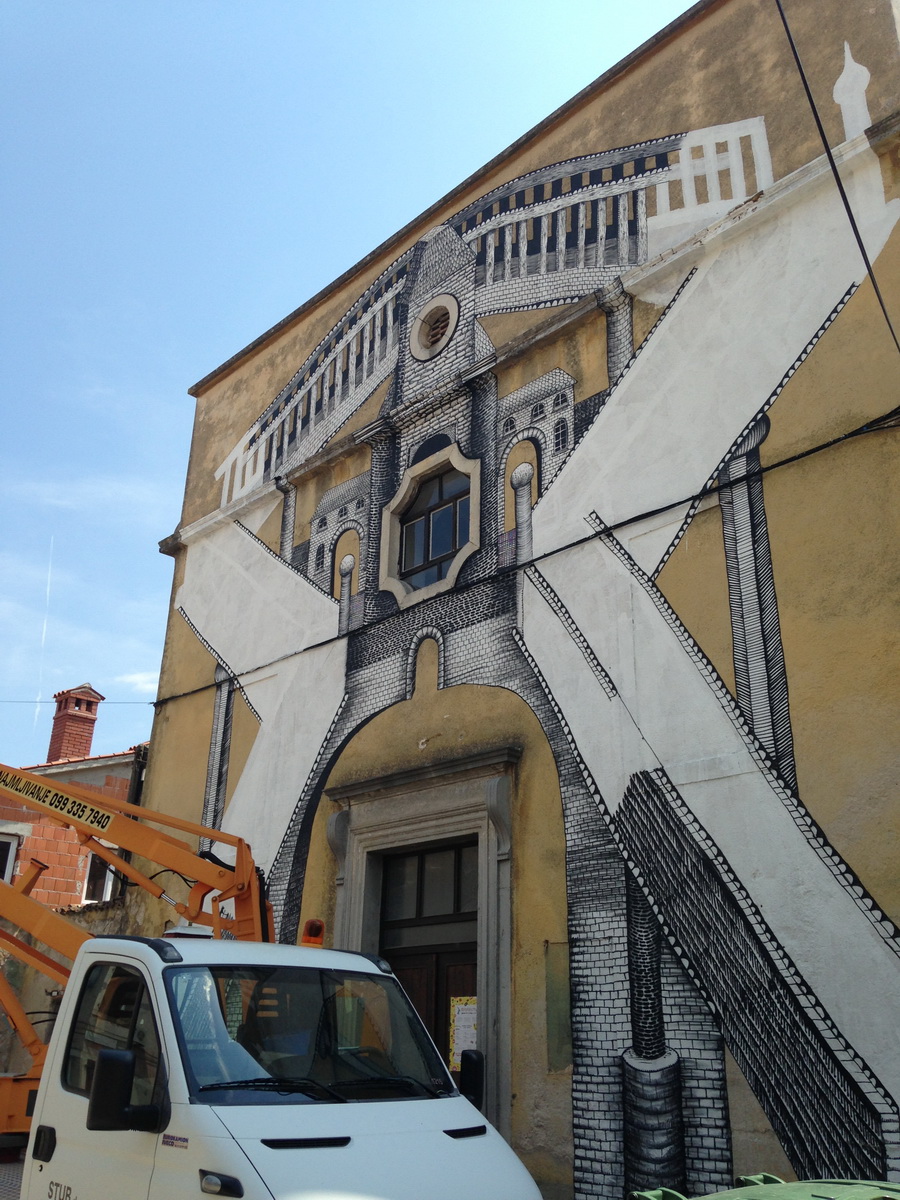 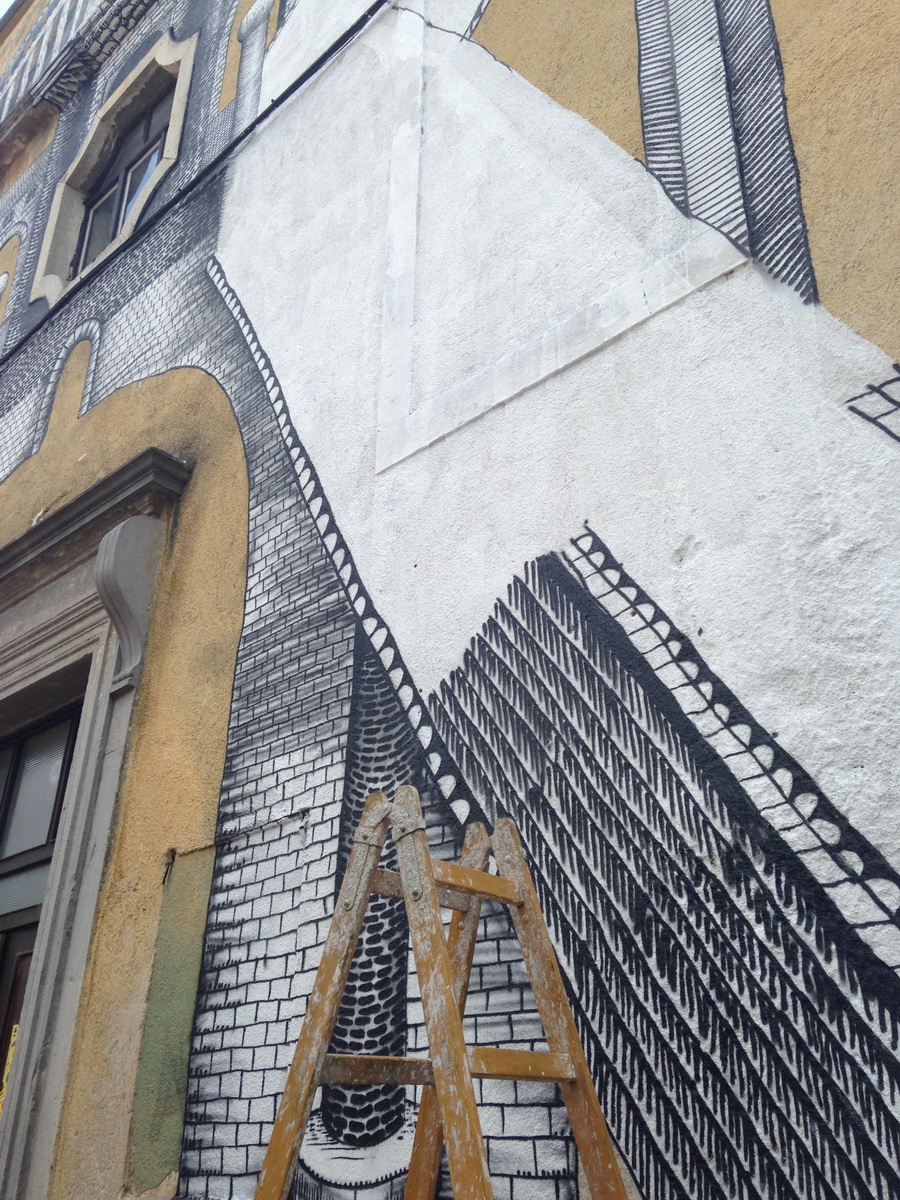 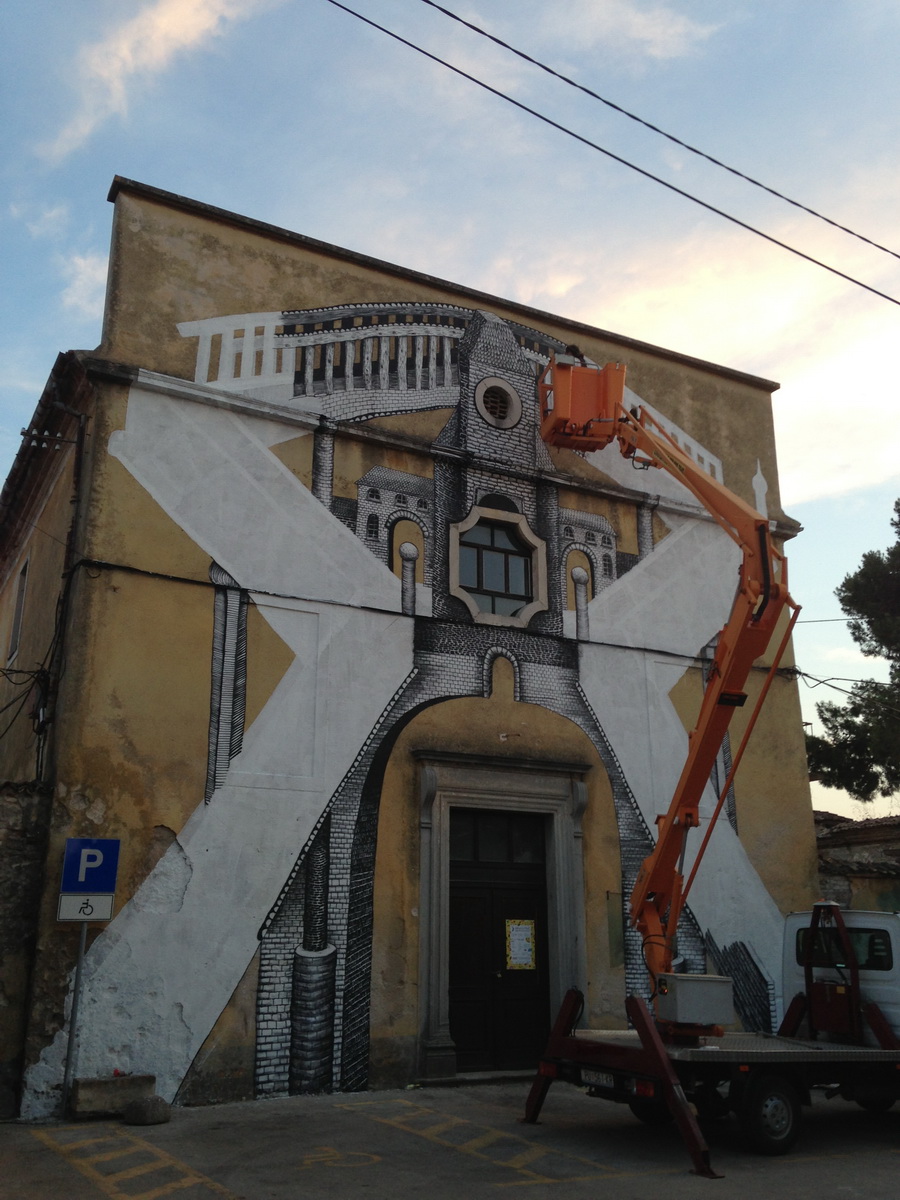