After opening his show at Honor Fraser (covered) in Los Angeles as well as painting on the cars of his lucky fans in the area, Kenny Scharf (interviewed) returned to New York where he continued improving vehicles with his signature imagery. He seems to get around, as he was back in the City of Angels last week to create a new mural (arranged by Branded Arts) in Culver City. Head over to Davis Brothers’ Tire Pros yourself for a look if you are in town. 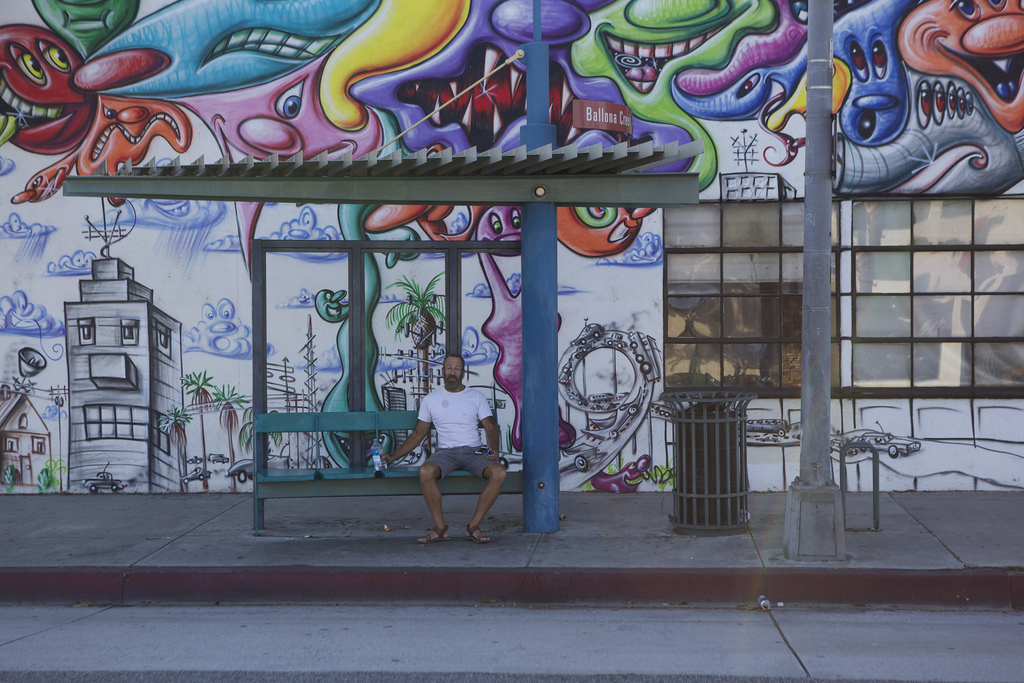 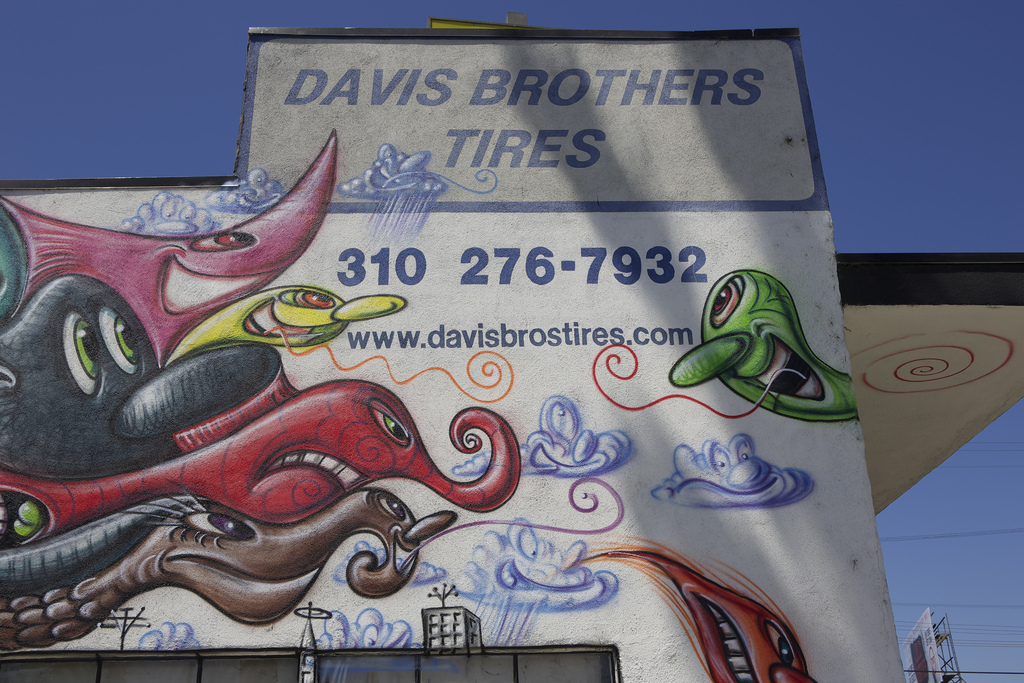 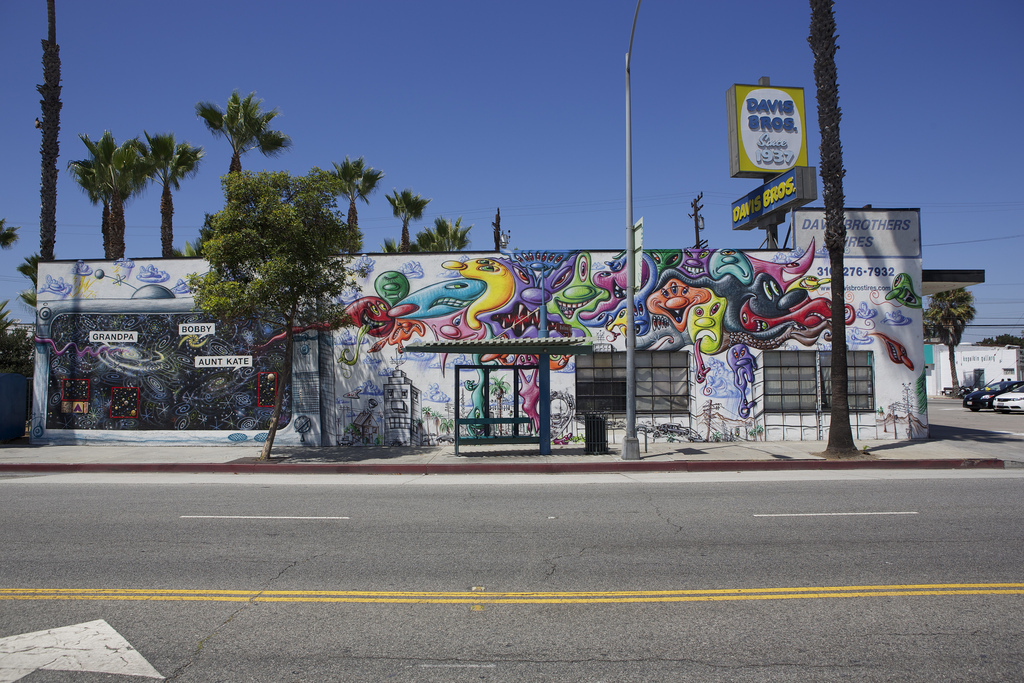 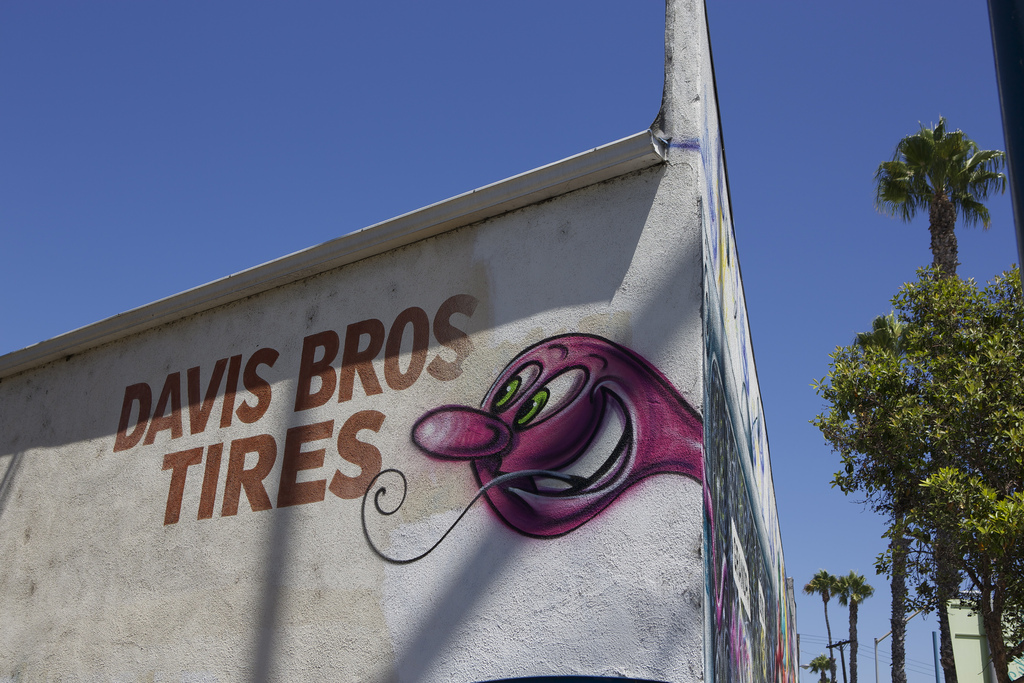 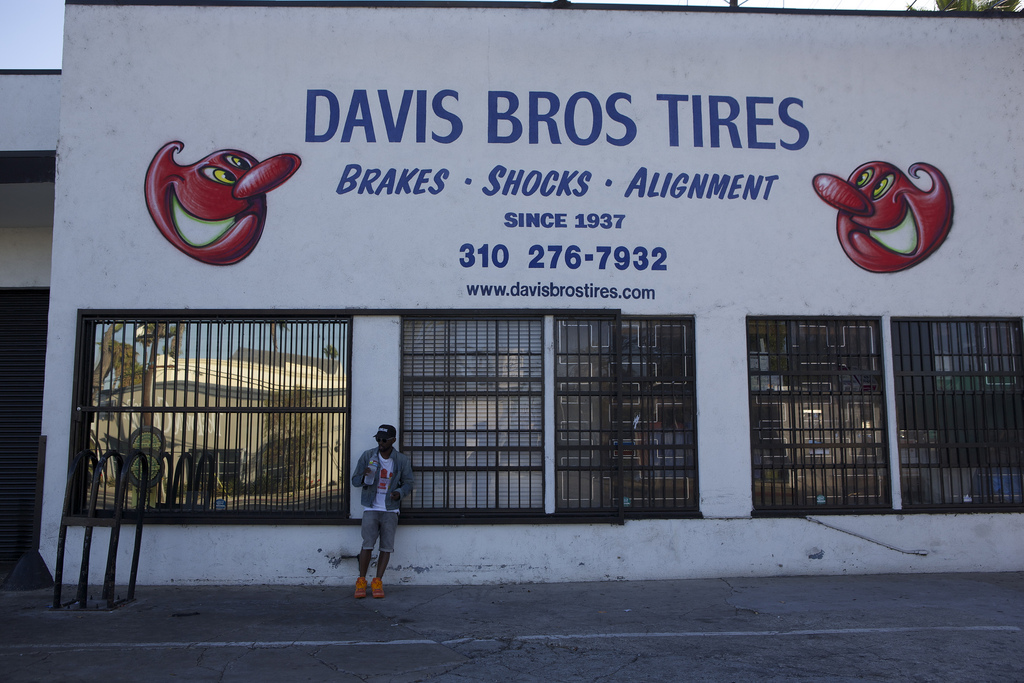 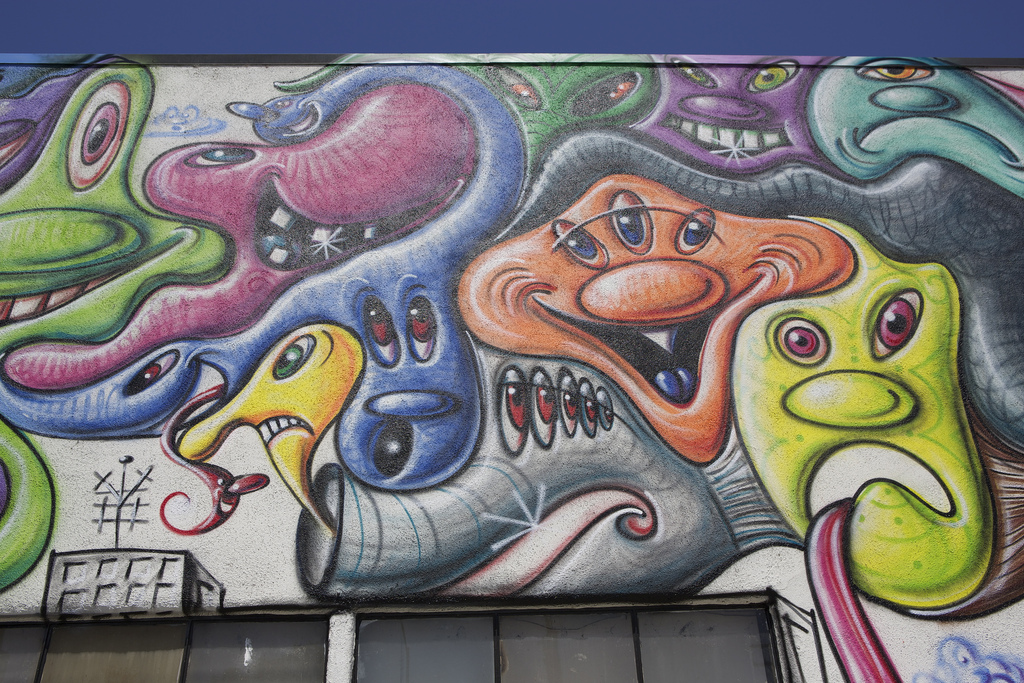 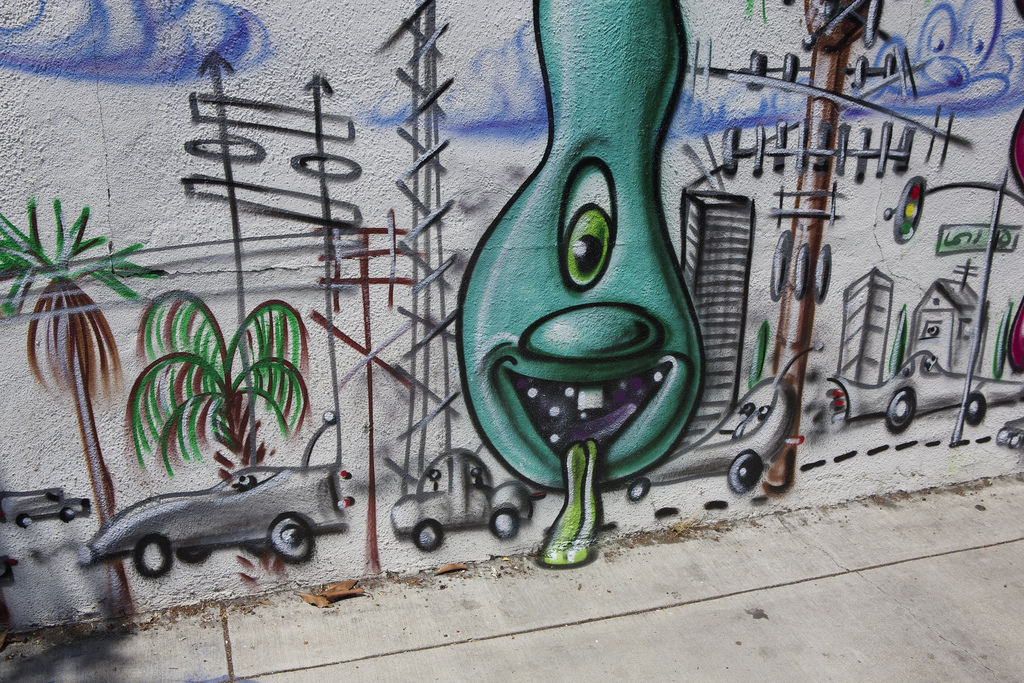