Spanish artist Liqen was recently in Vodnjan, Croatia where he painted a new colorful surreal mural for Boombarstick Festival. Even though he had some difficulties with the wall he was assigned, and later with his back pain, he managed to finish another rich and beautiful image on the main street of this cute small town. Made entirely with a brush and acrylic paint, this large scale street painting shows a psychedelic image, which is a part of a dream he actually had on his 1st night in Croatia. Known for his detailed illustration style, morphed characters and exotic settings, this mural needs to be examined closely for full appreciation. The entire piece is quickly becoming a landmark for local people, which is perfect cause it’s the artist’s philosophy that his public art is made for the people in the streets and people living nearby. 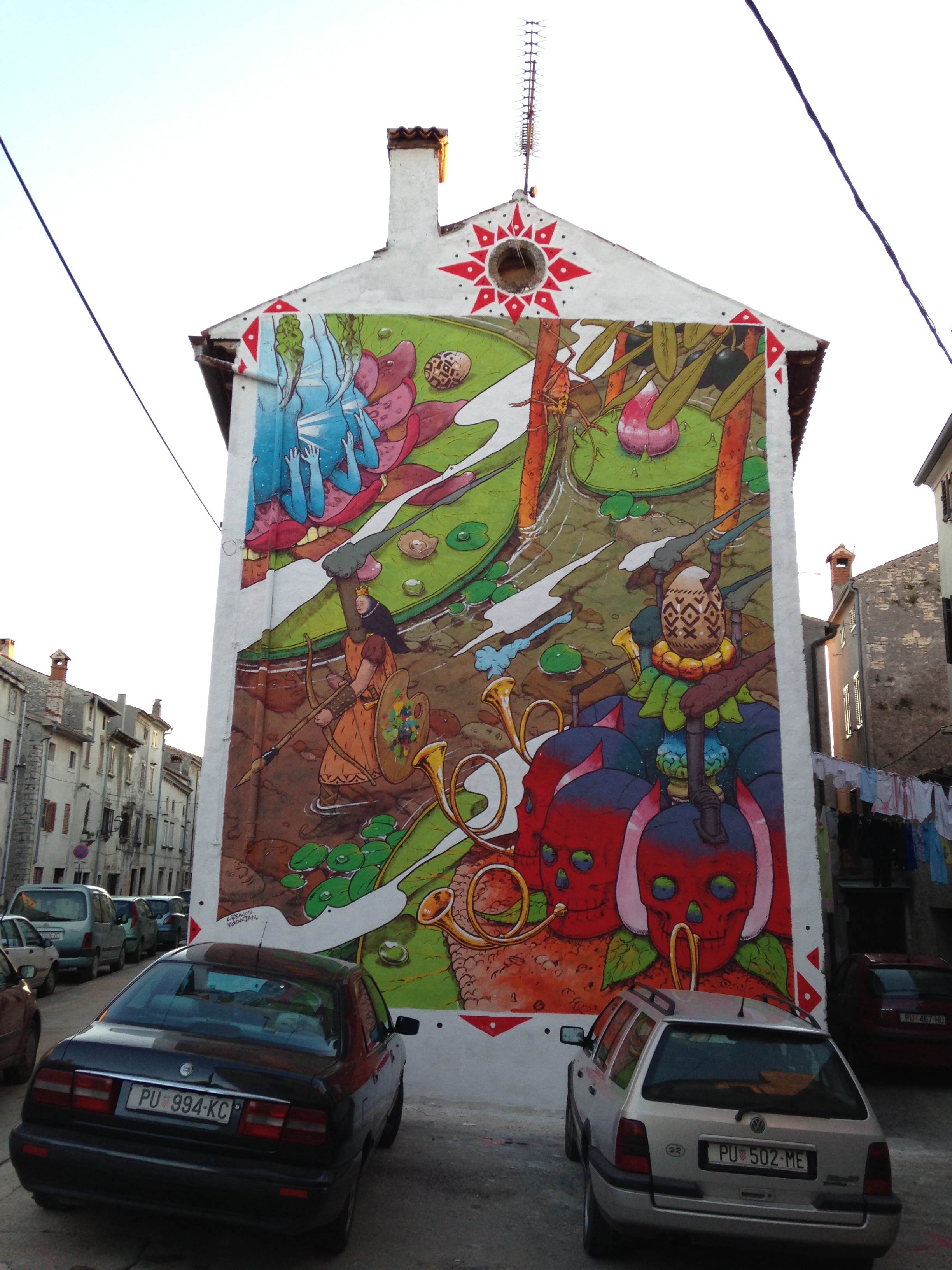 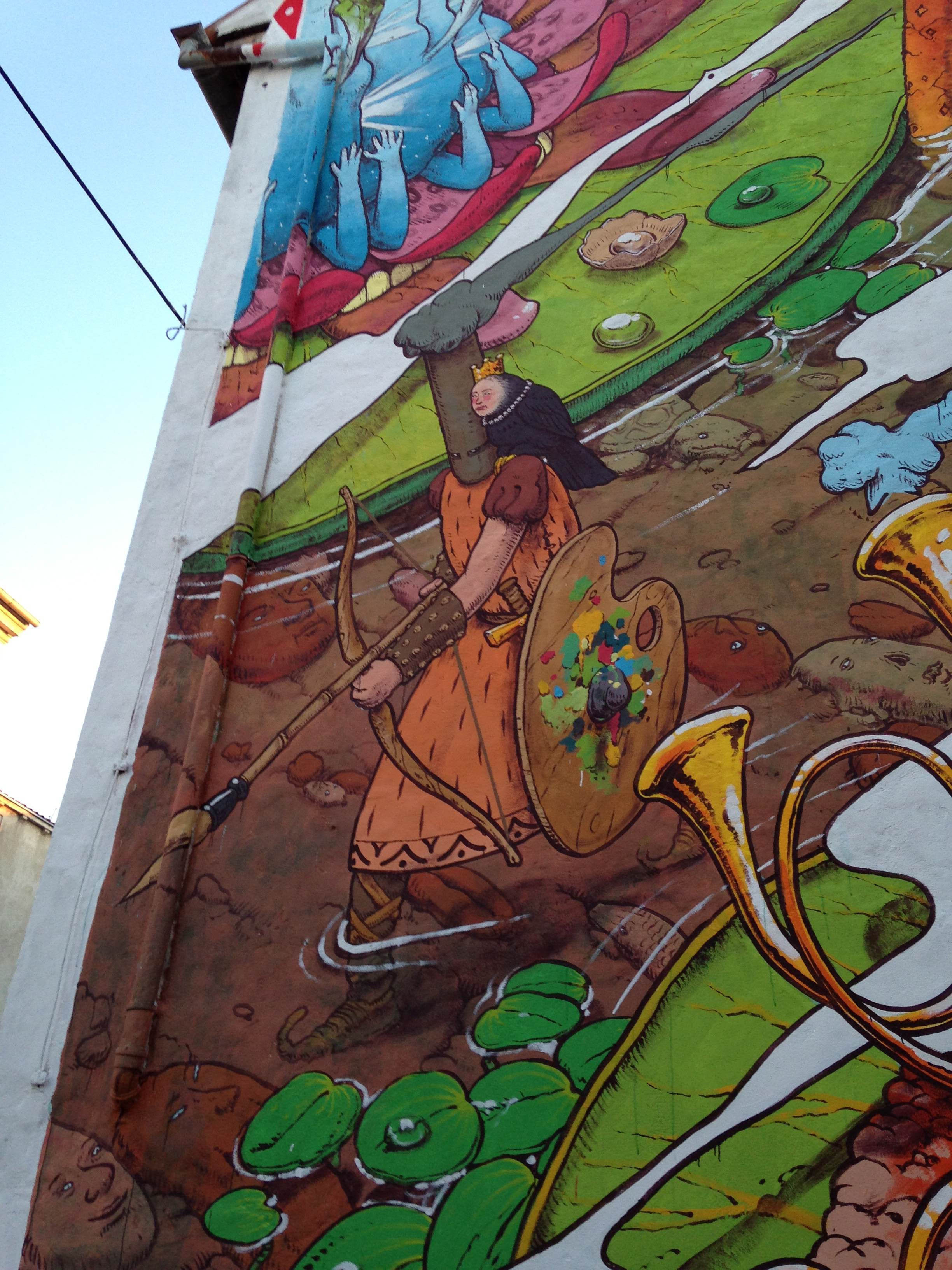 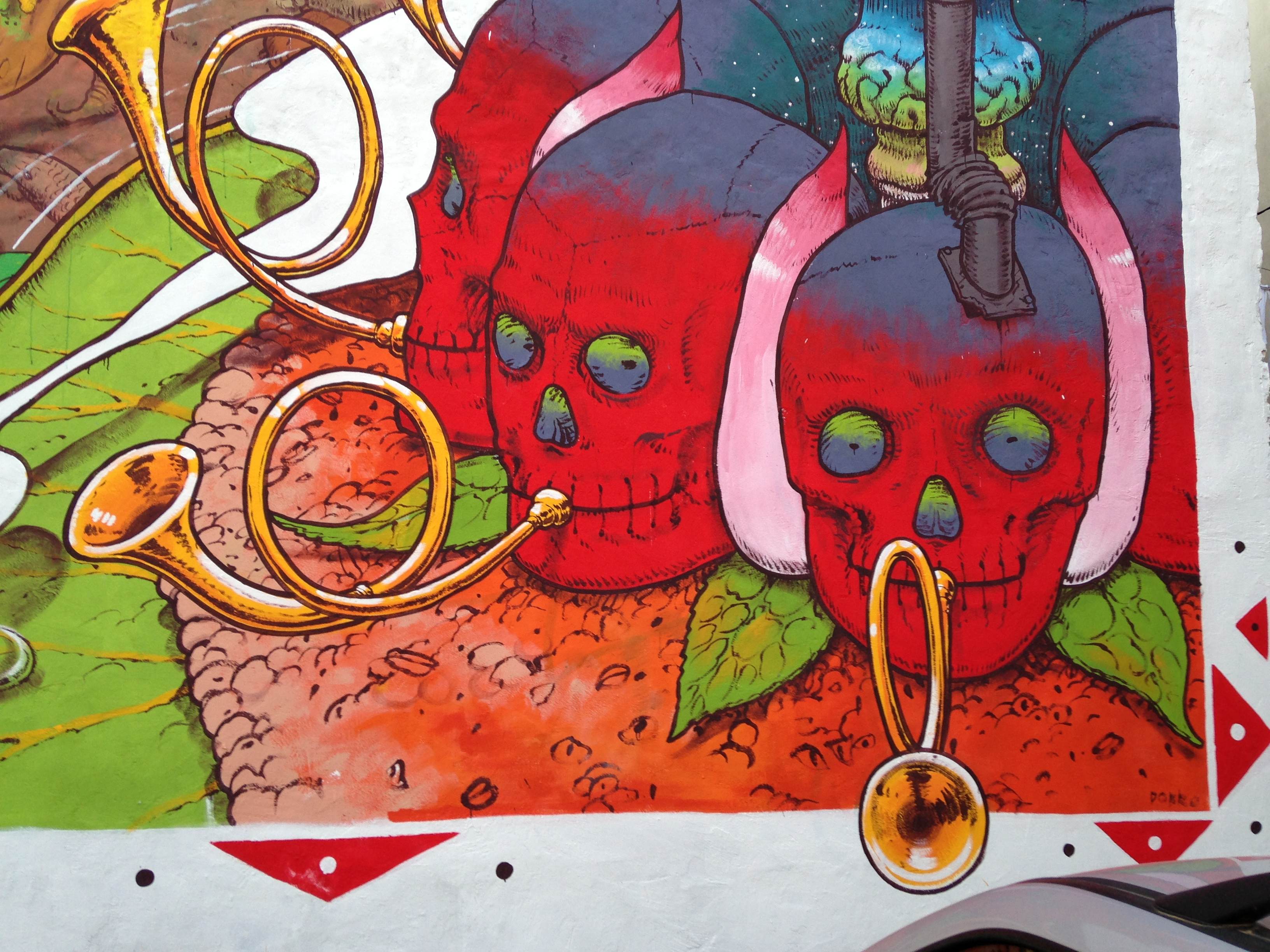 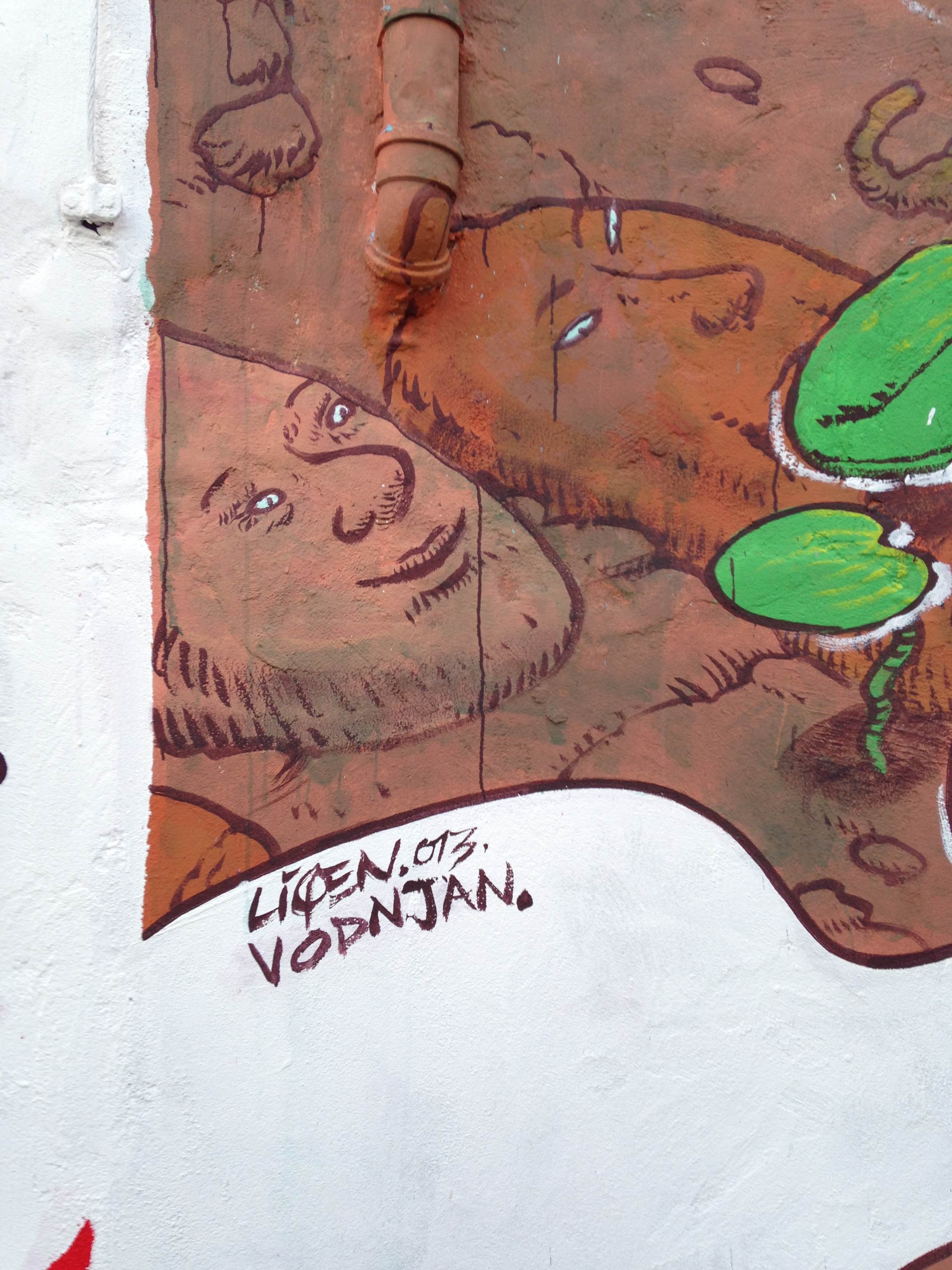 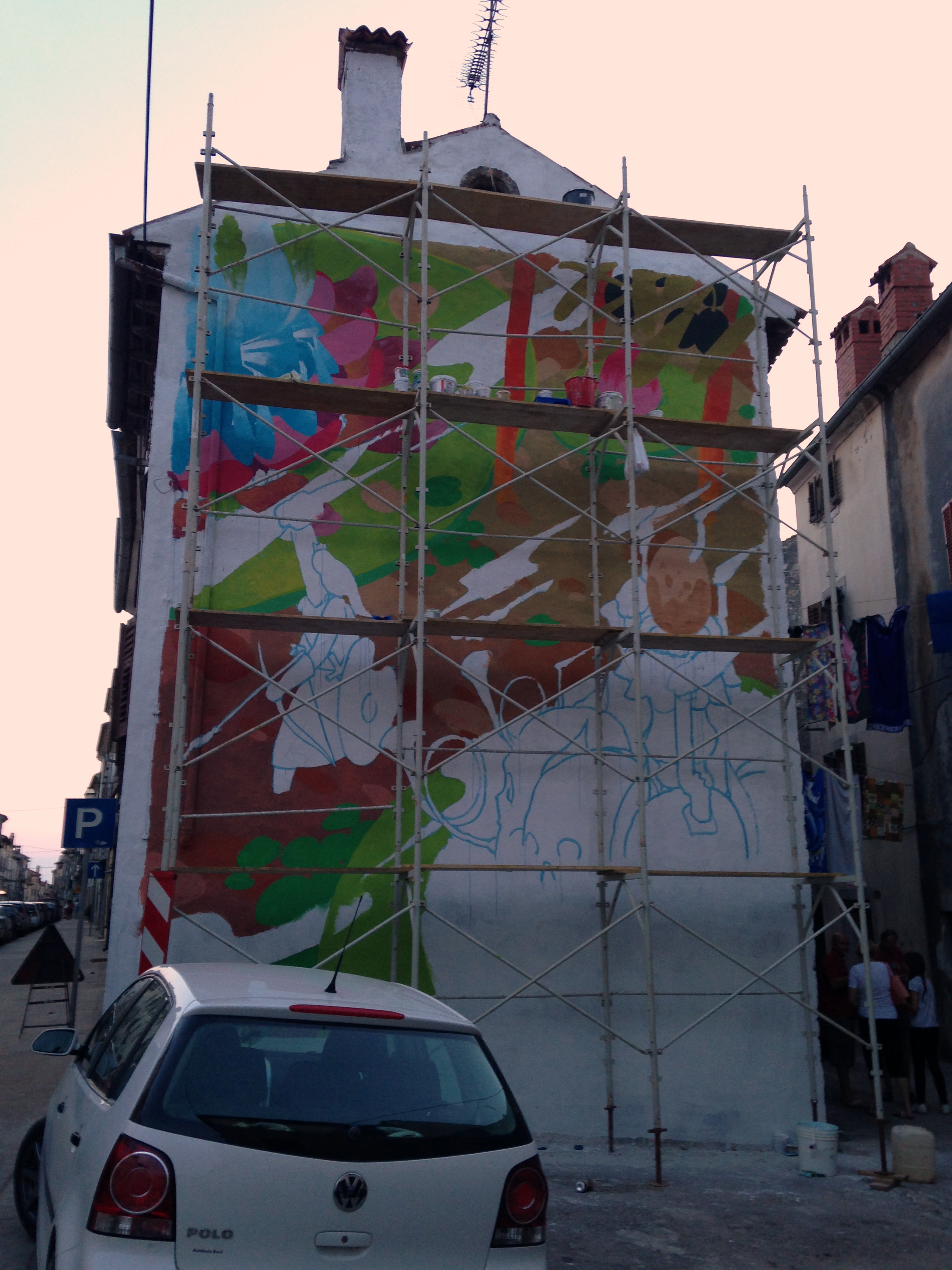 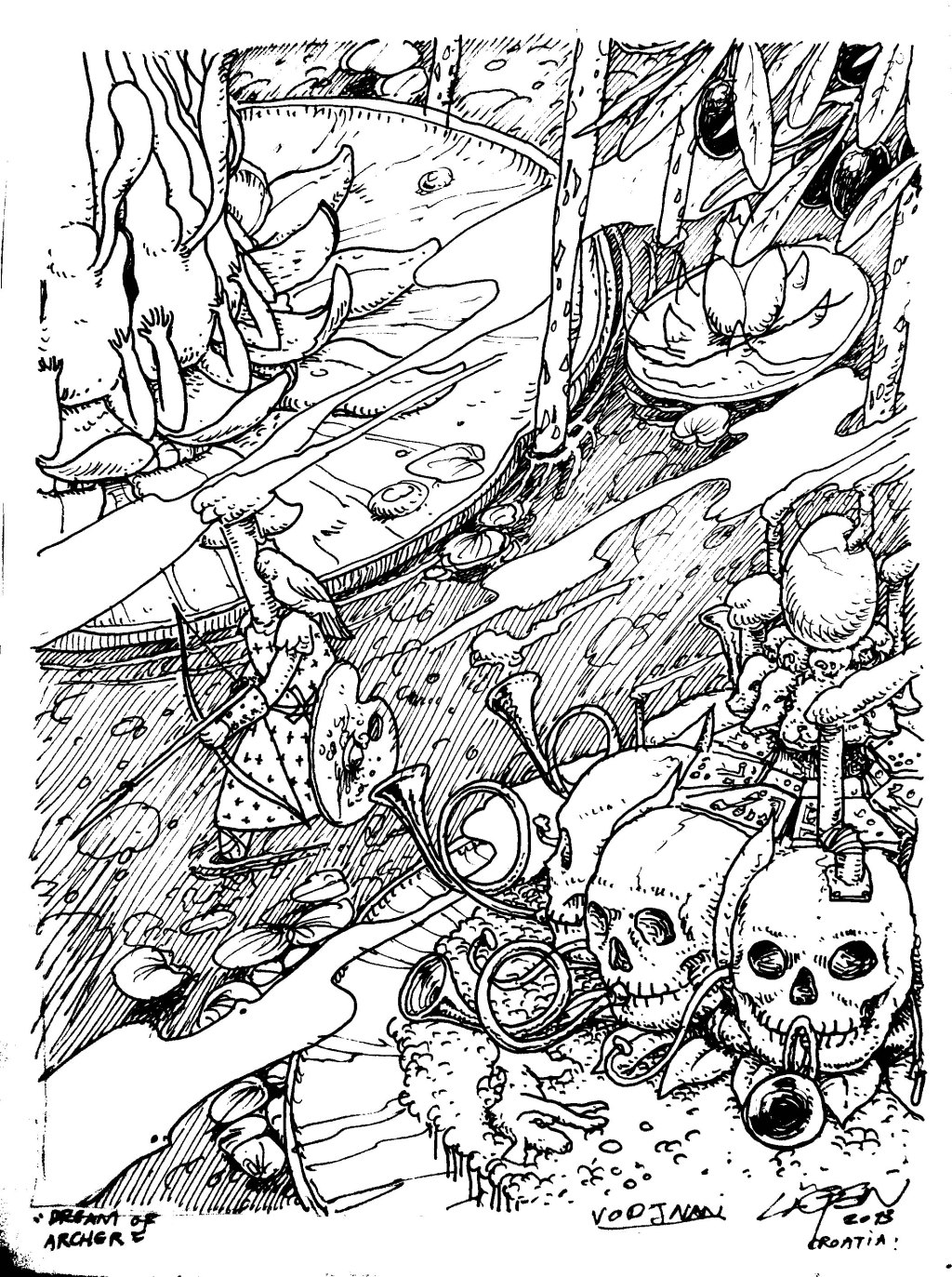