American artist Maya Hayuk recently opened her new European solo show Head Light at Alice Gallery in Brussels. After painting a four-story parking garage in Cologne Germany for City Leaks as well as having a solo show there (covered), launching her first US solo show at The Hammer Museum in LA (covered), and painting a big psychedelic sexual explosion mural at Esconcesa in Barcelona, she arrived in Brussels where she created even more murals around the city, introduced her brand new body of work, as well as created an installation for her solo show. With her work strongly associated with music (creating album covers, videos, stage sets, photographs and posters for Rye Rye/M.I.A, The Akron Family, TV on the Radio, The Flaming Lips, Prefuse 73, Awesome Color, Animal Collective, Bonnie Prince Billy and The Beastie Boys, amongst others), her opening included a 20 minute music performance by Le Colisée.

With the Brooklyn-based artist’s recognizable rich color palette full of bright colors and a wide range of influences from her Ukrainian roots, folk motifs and symbols, to basically the universe itself, she created a whole new body of work ranging in size and concepts. Always focused on symmetry, especially in its raw, handmade form, Hayuk created pieces that take time for viewer to absorb and comprehend. Without a clear message, story or image behind them, her strongly expressive abstract pieces are open for interpretation. The new works included some of her favorite concepts that she is famous for, but also, some new elements she’s been developing lately. By combining her familiar geometric elements and lines, together with recently developed more organic shapes, some of the works are definitely feeling more complex and stronger than in the past – especially the Head Light pieces which were displayed as a massive triptych at the gallery. Meant to be felt and not studied, her work is best appreciated in person, which many art lovers came to experience on the 19th of September when the show officially opened, and will be on view until 26th of October. 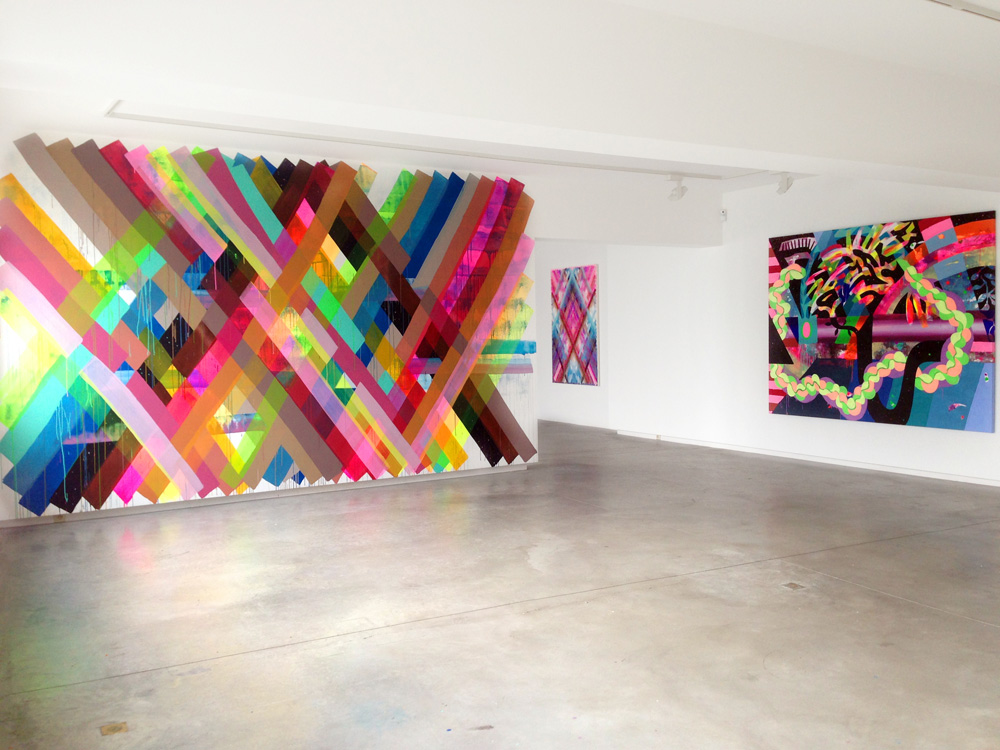 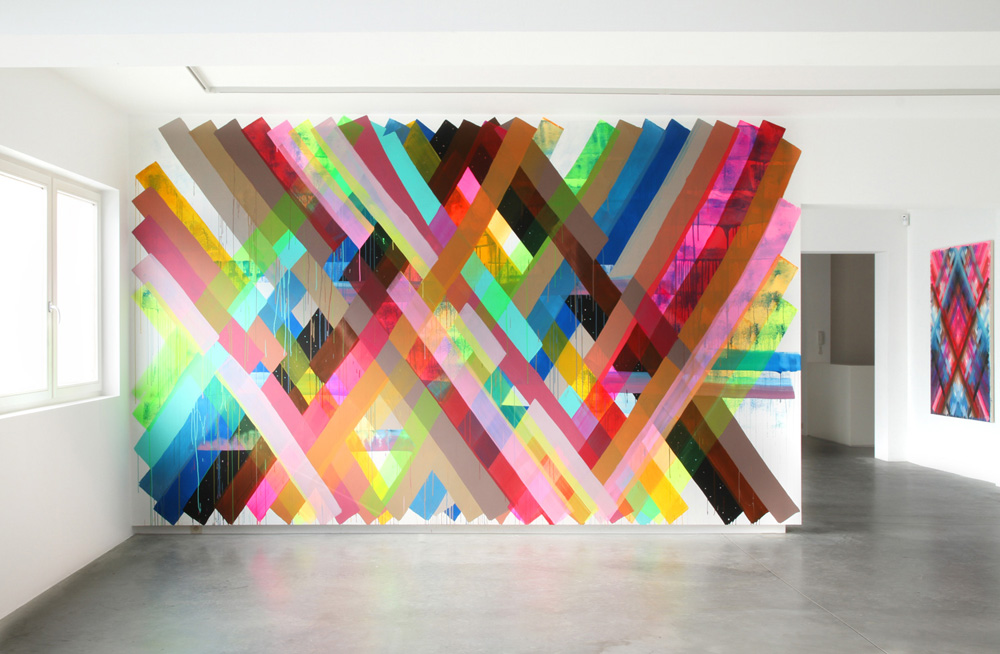 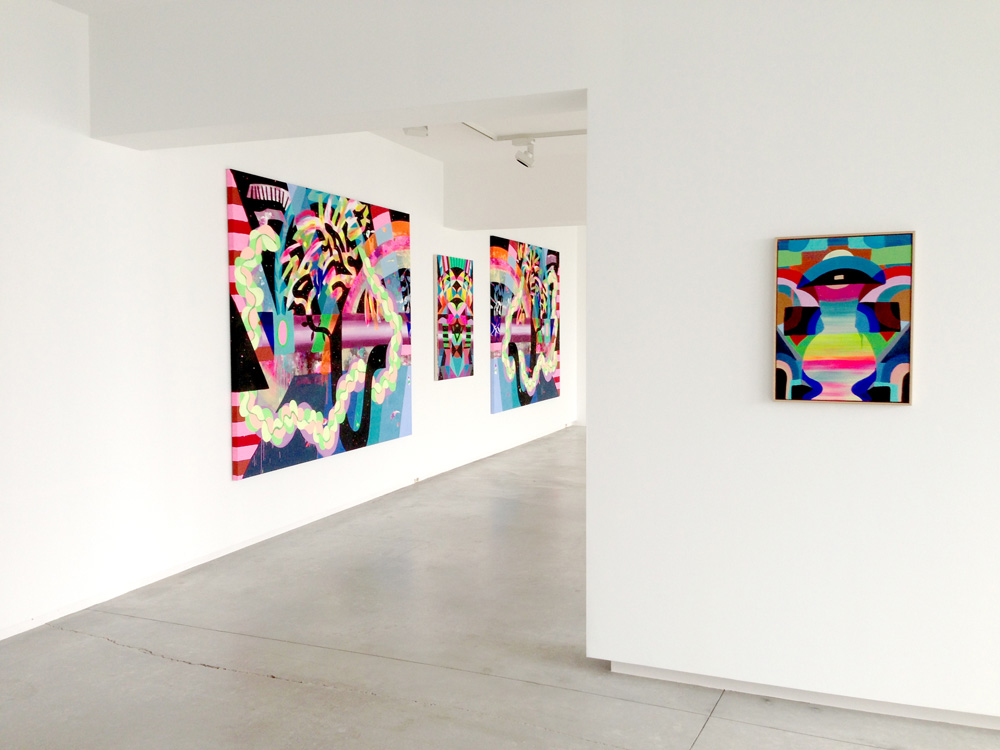 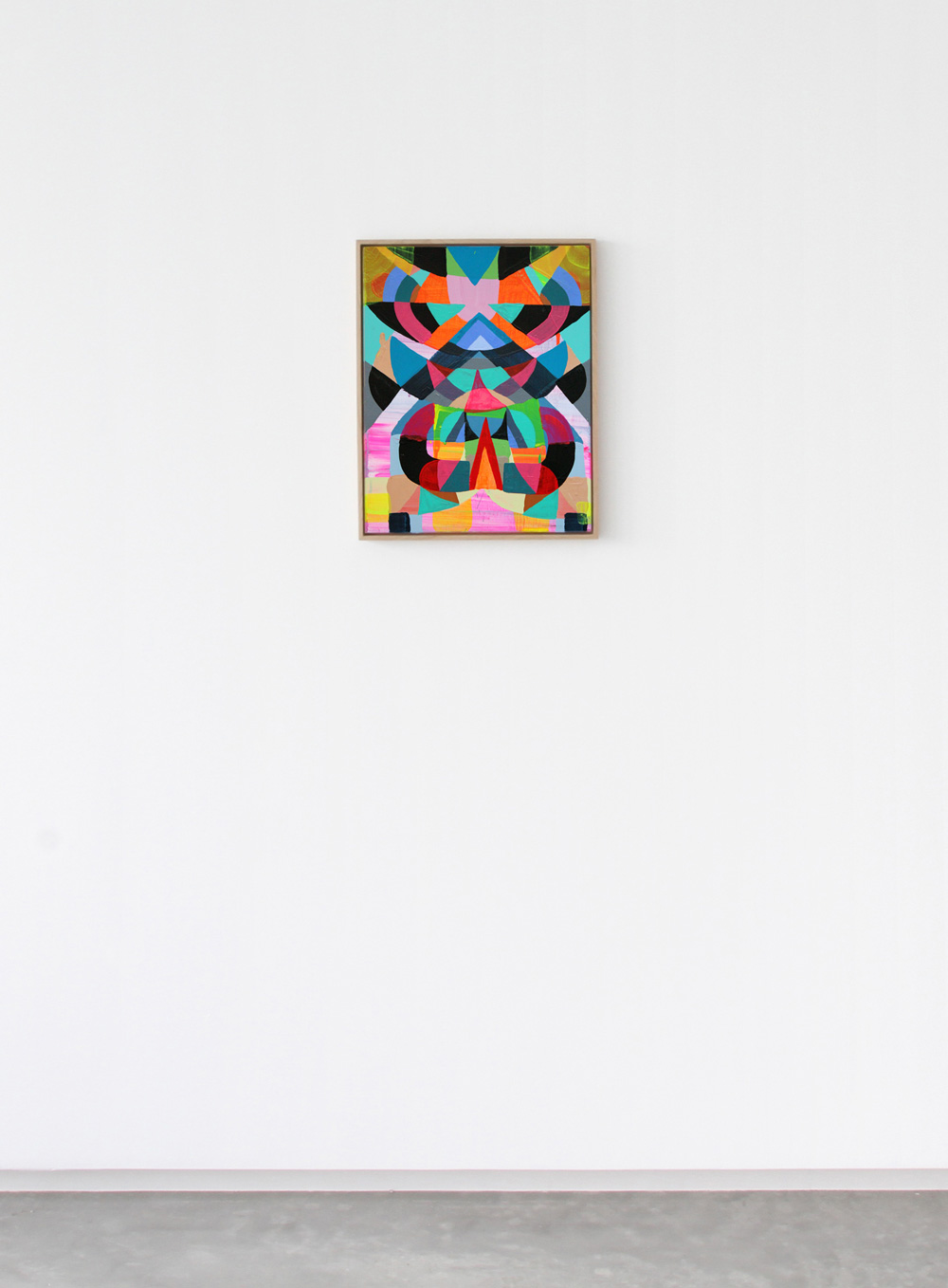 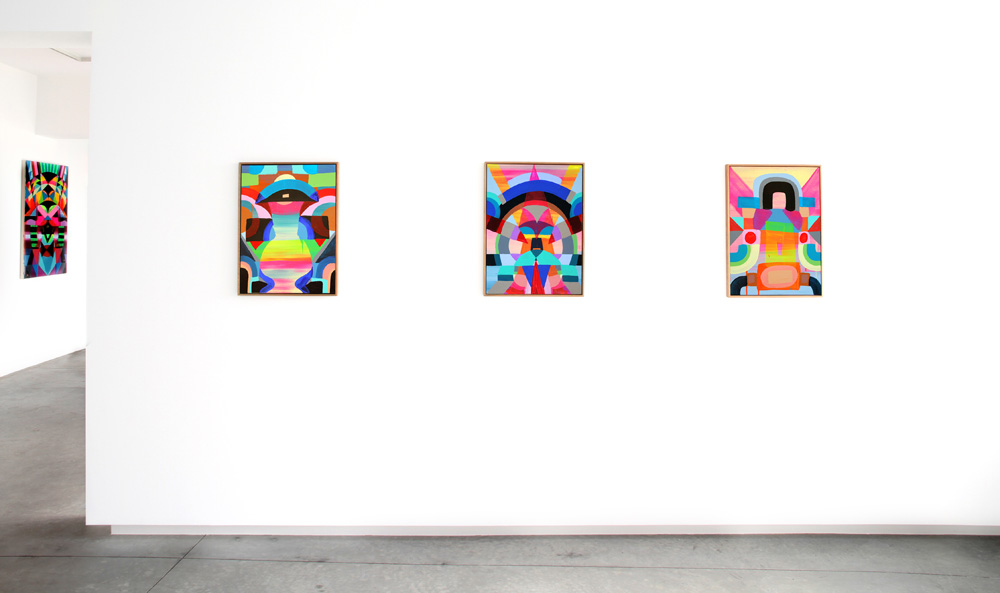 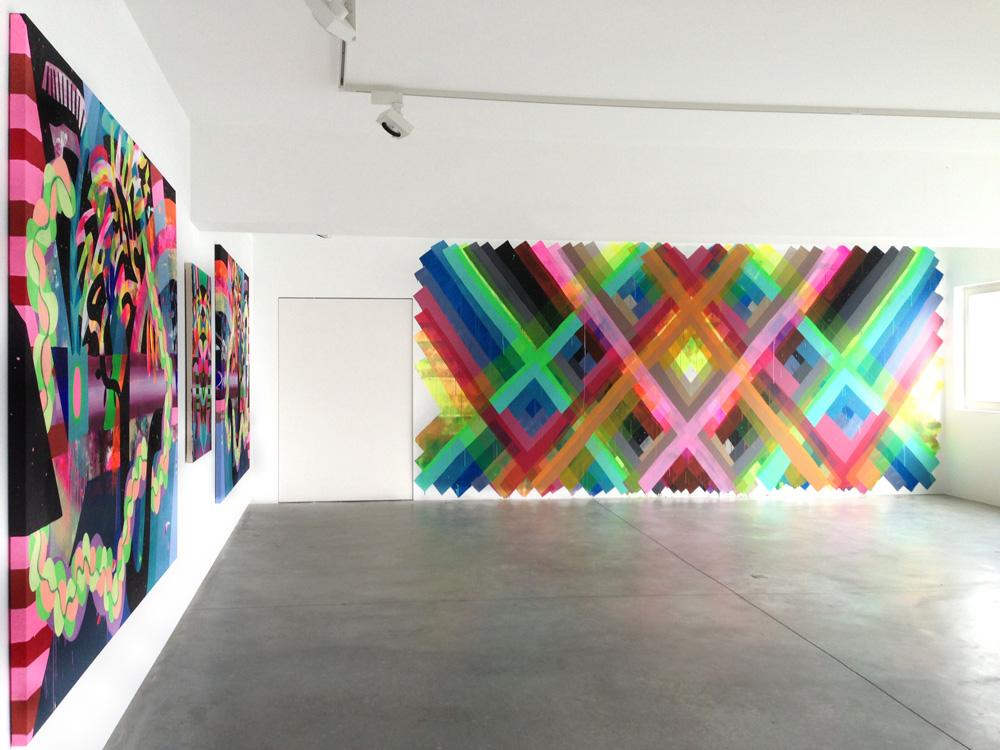 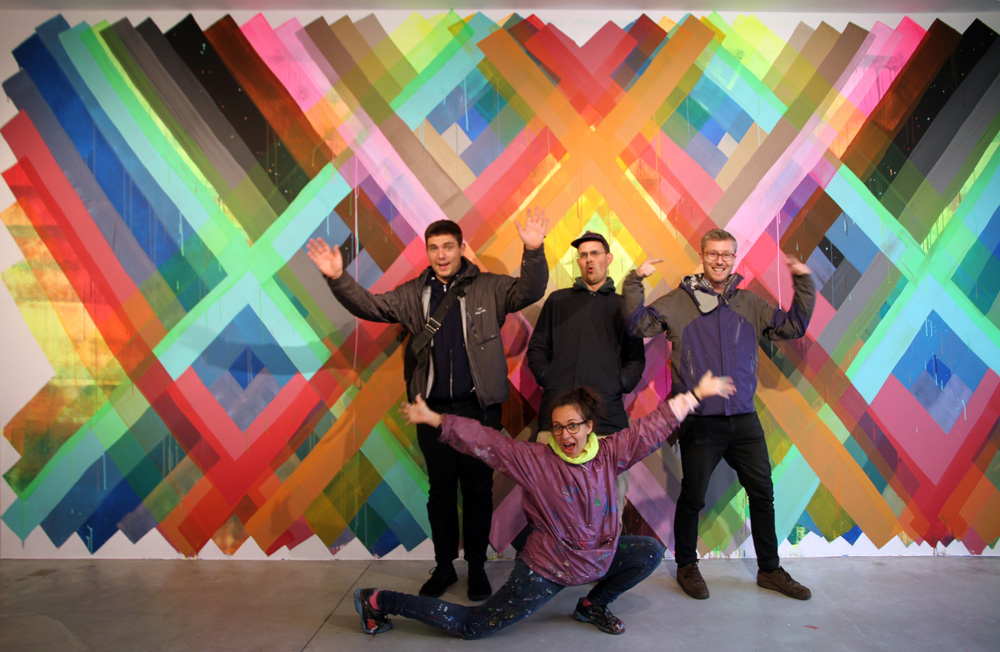 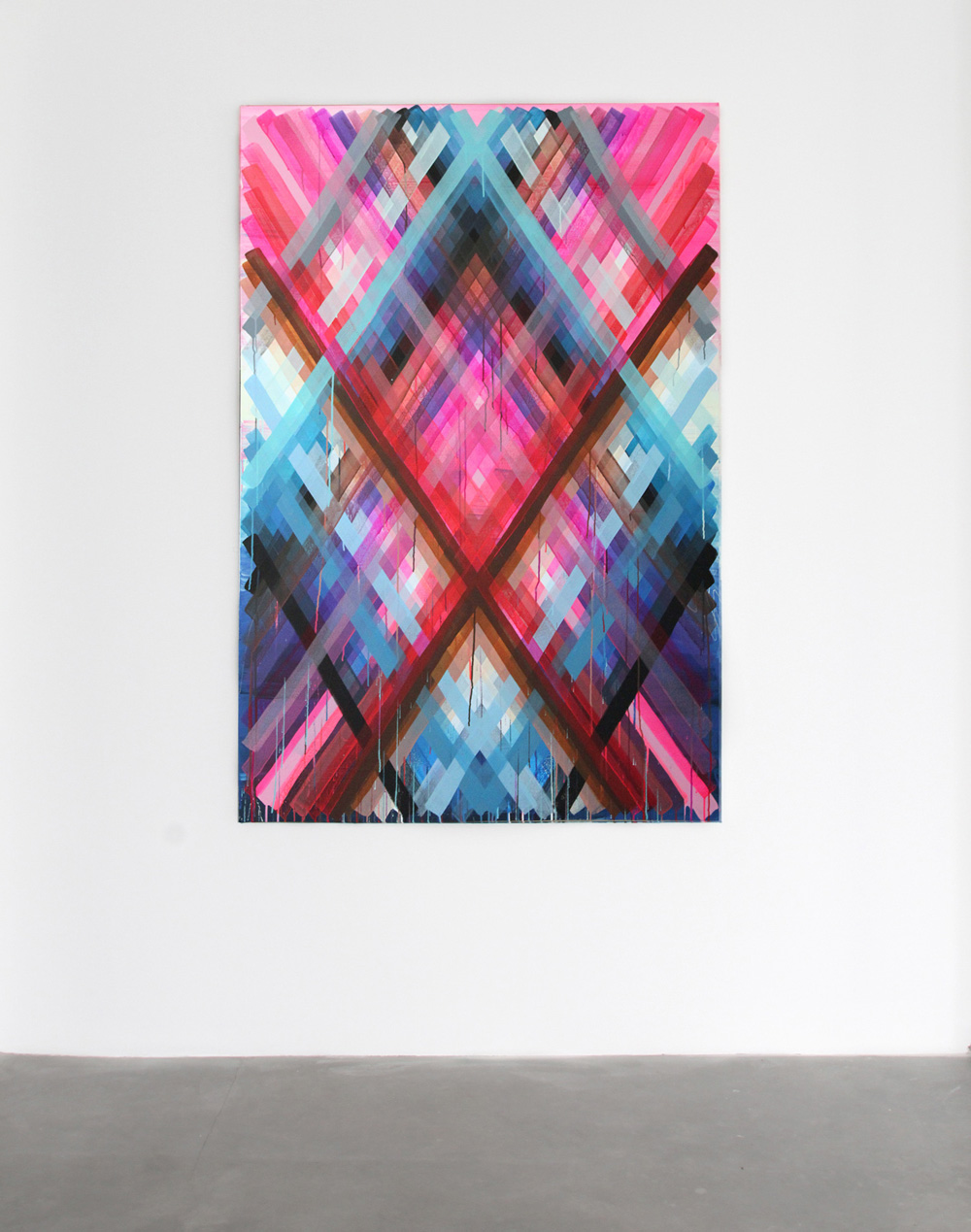