Prolific muralist Escif recently visited Russia where he created several simple but striking public pieces. Known for his open commentary on the modern world (especially on the topics of politics and the economy), the Spanish street artist found it an extra challenge this time to create works in such a sensitive environment. Originally invited by the The best city on the Earth festival in Moscow, the artist was straight away confronted with the way things work when his original sketch for the mural was rejected. In order to start painting, his work needed approval on three fronts (curators, the Culture Department and government) so he decided to go with a simple and innocent big hand making a salute gesture. He did turn things around by titling the work Heil afterwards, commenting on the strict rules and laws, and the low freedom of speech in the country.

After this piece, he created several smaller works in Leningrad (St.Petersburg), addressing issues and commenting on random, everyday situations he experienced. Inspired by the grey surrounding he painted a greyscale rainbow as a critique on Russia’s anti-gay laws and the oppression of the LGBT population there. He also painted a greyscale Olympic rings commenting on the blind eye that the Olympic committee is giving to the big human rights issues in the country that is hosting the next winter Olympics. He also painted a couple of letter based pieces further commenting on the ruined landscape (пейзаж), and the influence of heavy restrictions and the influence of the government rules and laws on everyday life. 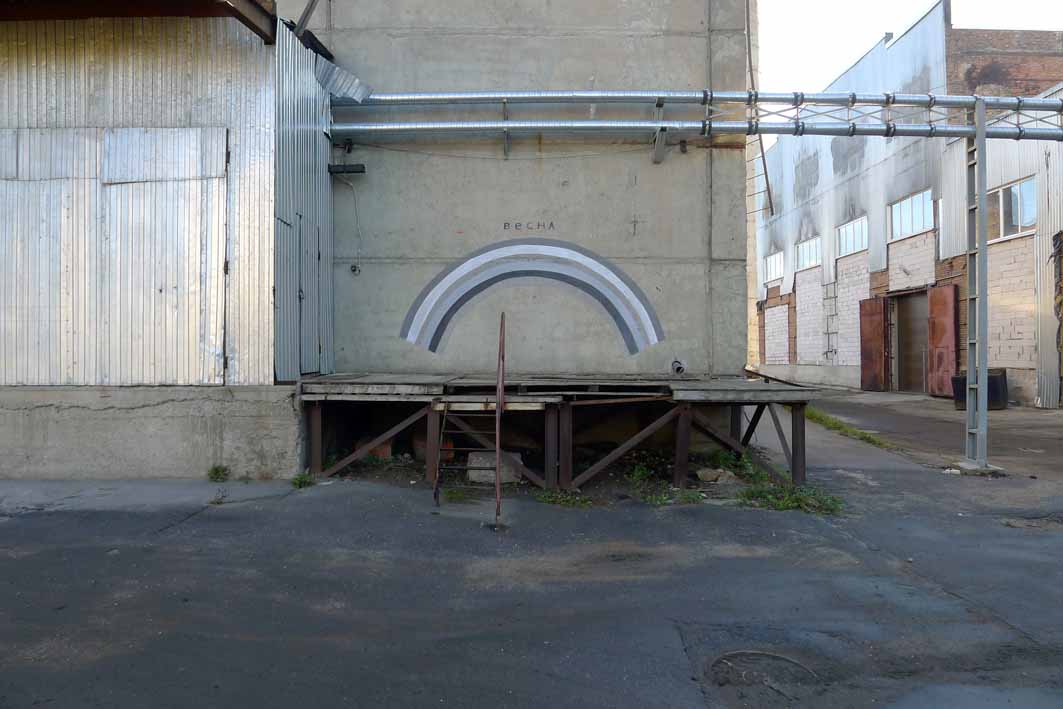 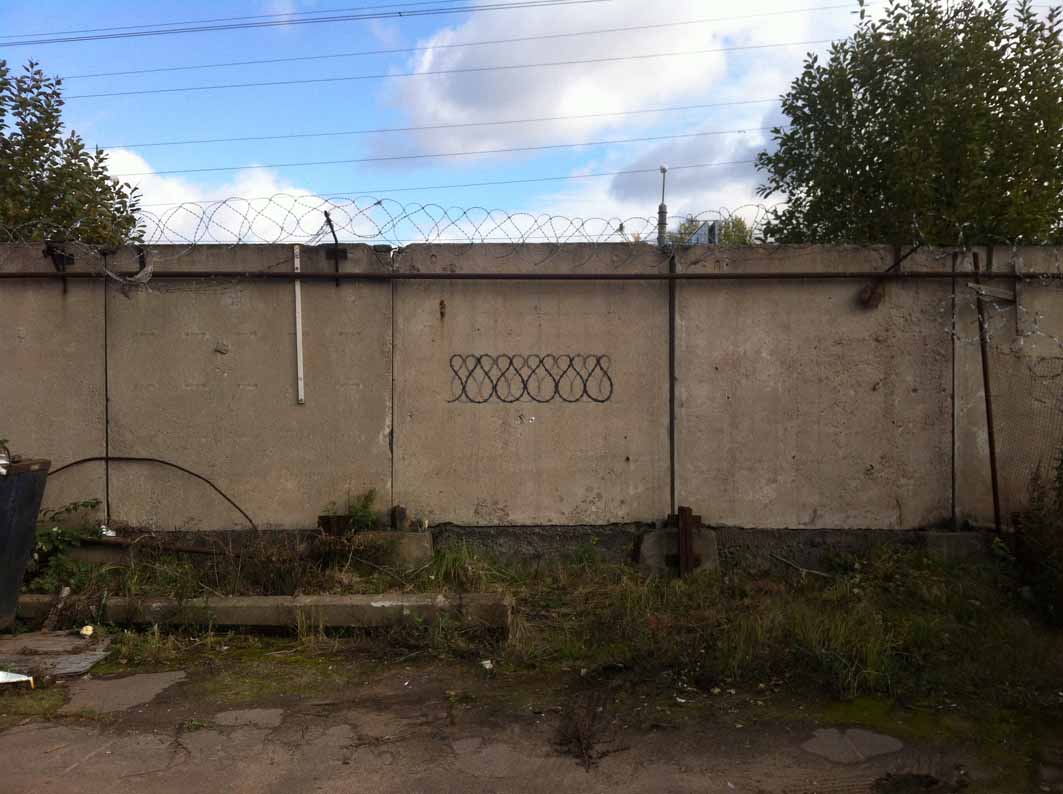 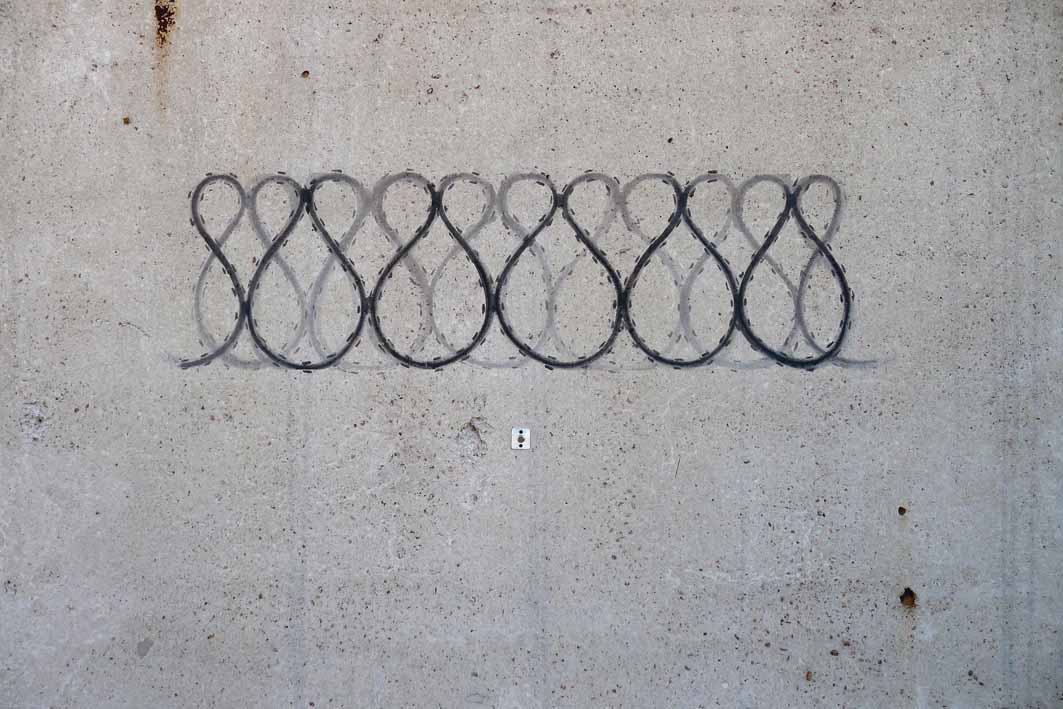 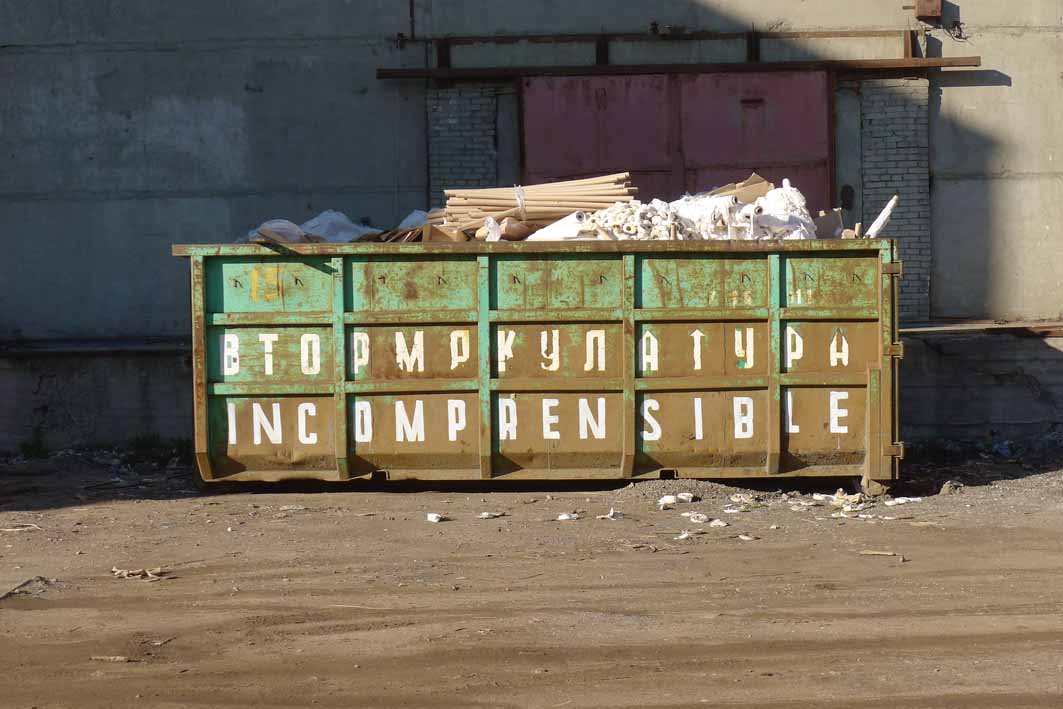 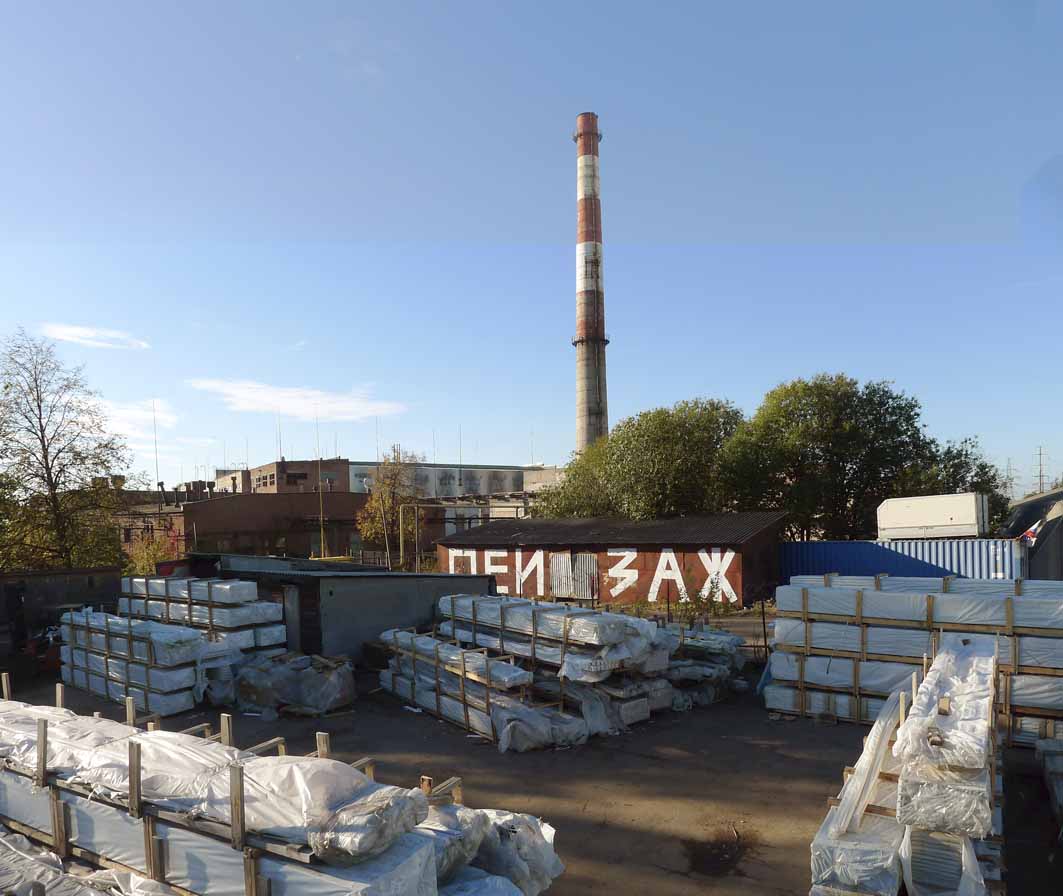 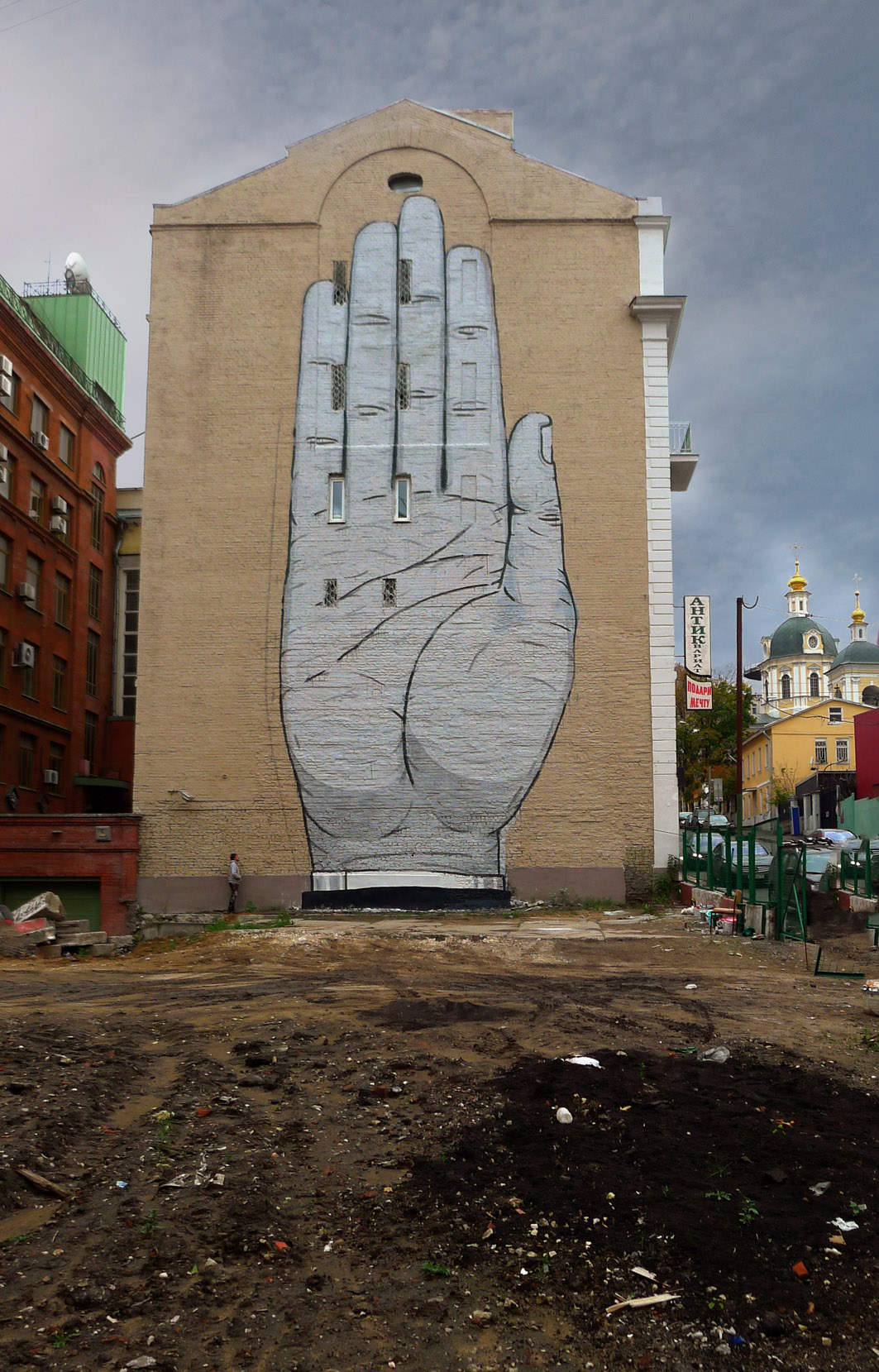