British artist Phlegm opened his first ever gallery show at Howard Griffin Gallery in Shoreditch on Saturday, the first of February. The Bestiary is entirely a non-commercial exhibition meaning the entire installation was created for the purpose of showing in this space only. The Sheffield-based artist has been working long days since mid December, building the installation, cutting up panels, and creating plaster sculptures that were later painted over in his recognizable style. With his impeccable feel for light and shadow, and  his meticulous, almost obsessive line work, these 3D creations were literally popping out of the wall.

The whole show was arranged as a collection of Phlegm’s old and new characters, all collected and categorized inside the gallery space. Some were presented in jars on the shelves, and some were placed in the middle of action, or in their “natural” habitat. By presenting his imagery in this form, he is basically letting visitors walk inside of one of his paintings. Among all the creatures from his work, the artist also included signature characters by other street artists, so attendees could find Space Invader’s tiled character, Banksy’s rat, Sweet Toof’s teeth or Dscreet’s owl inside the jars. The show is on view until the 4th of March, so make sure you check out this unique show and installation if you’re in the area. 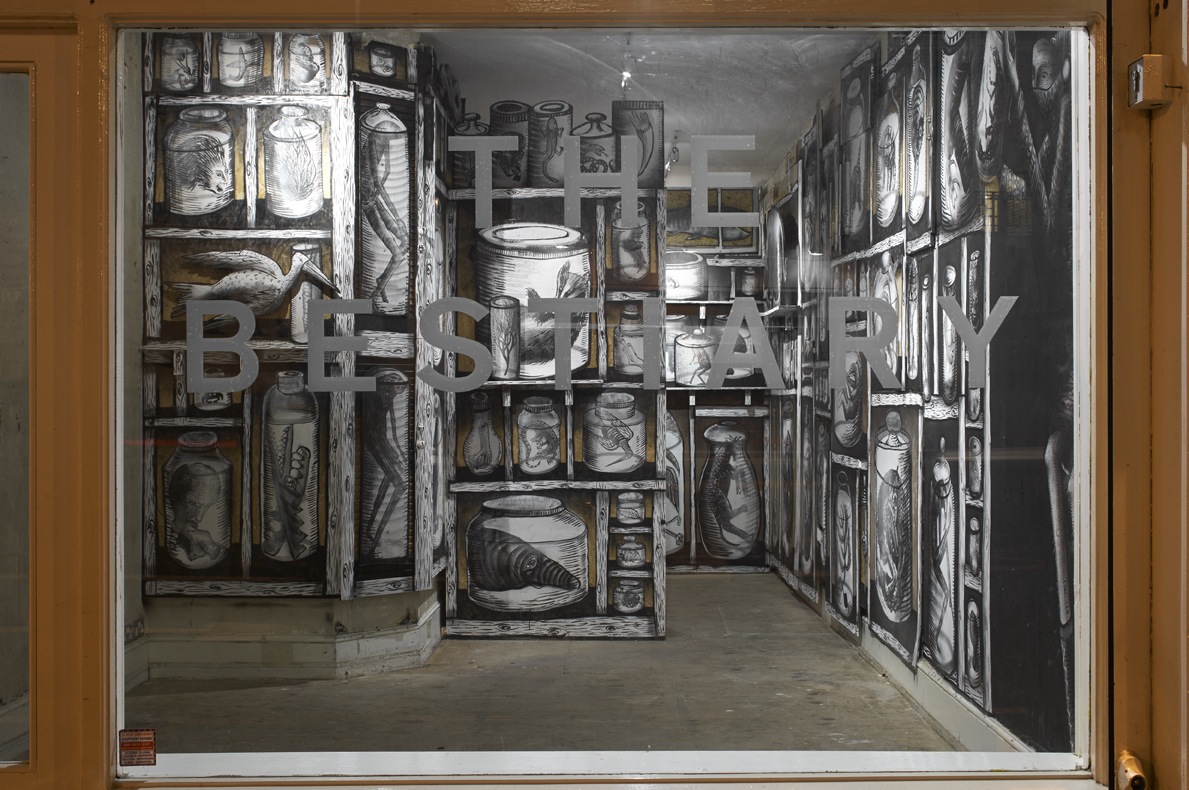 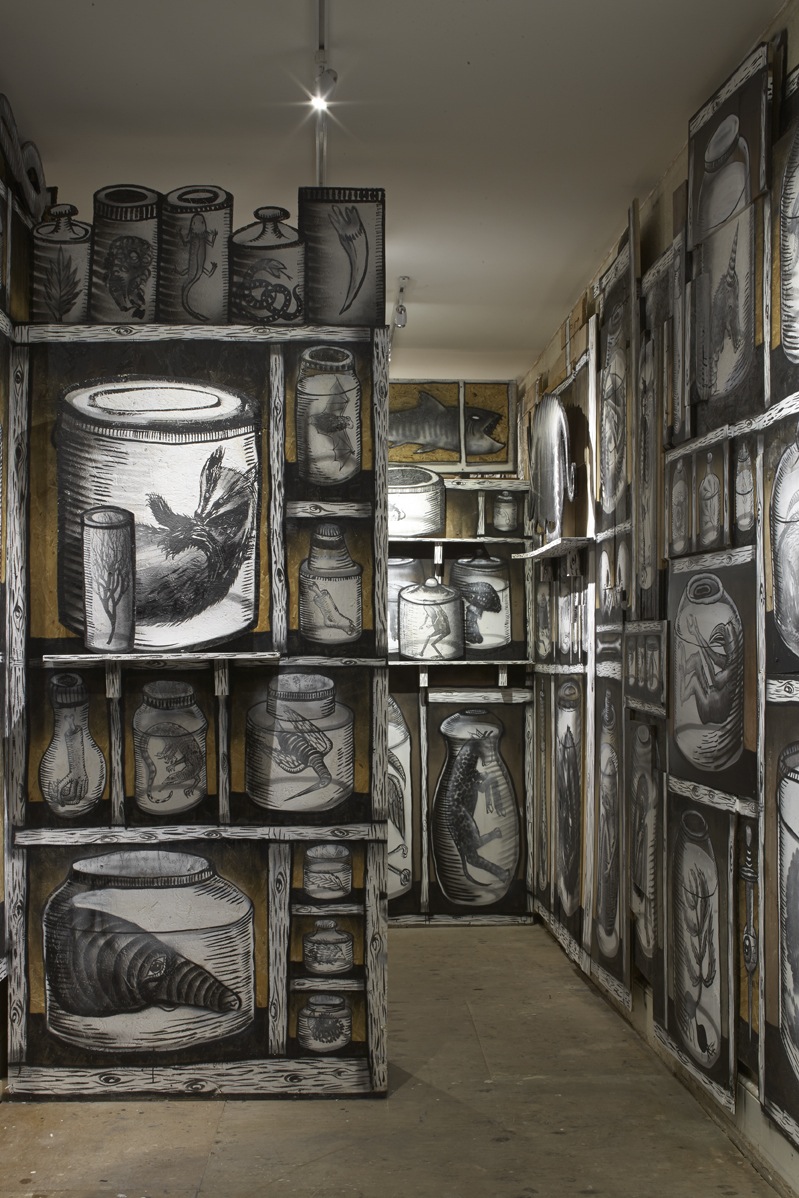 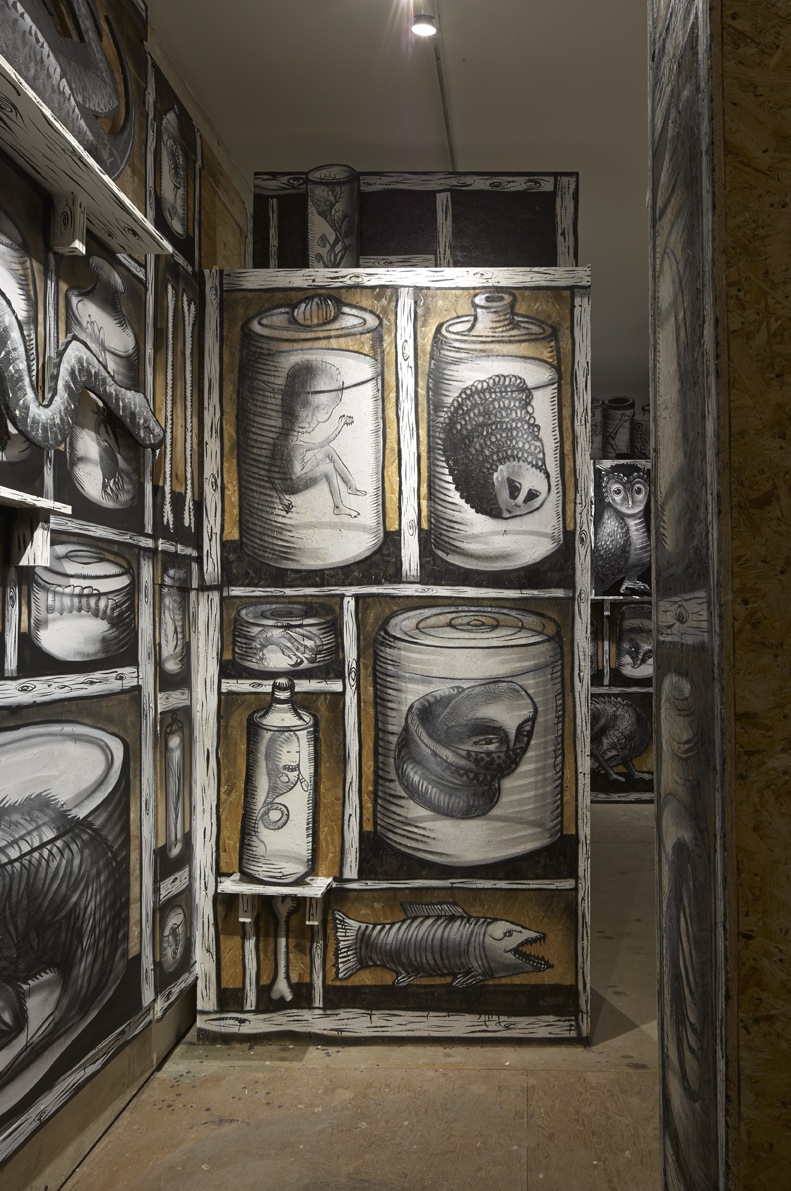 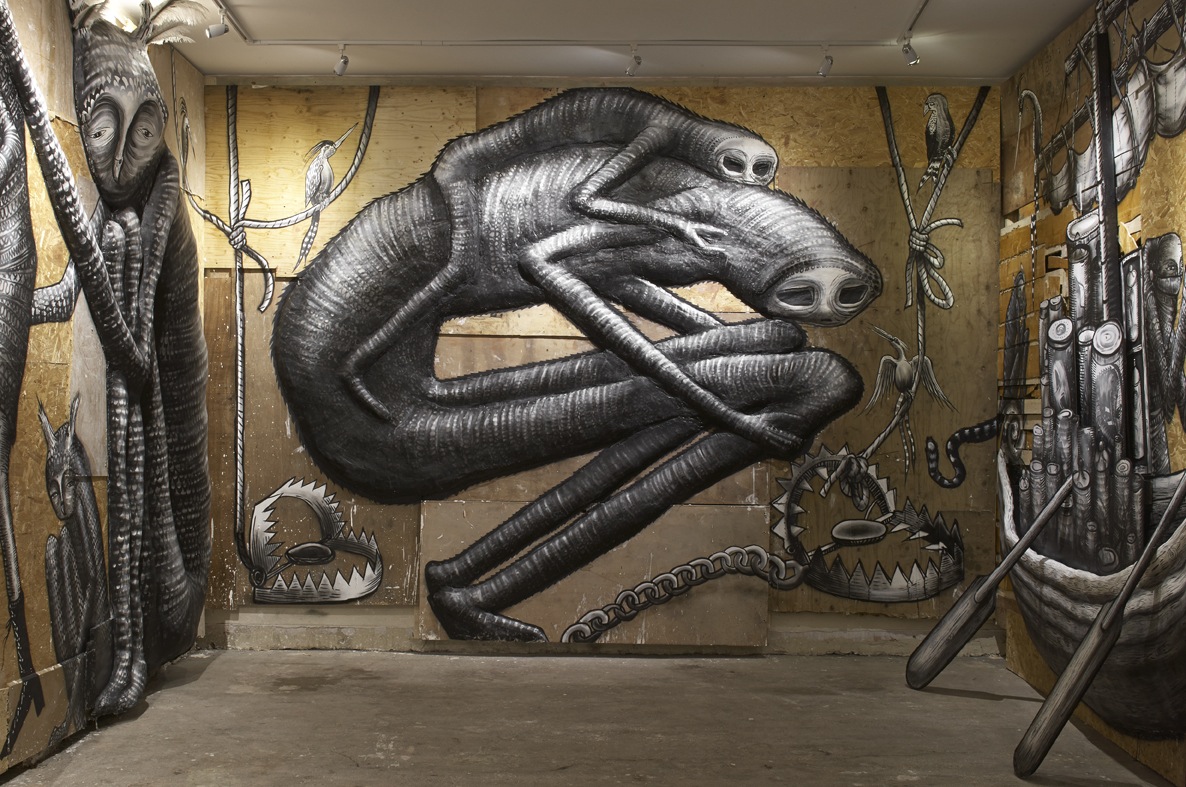 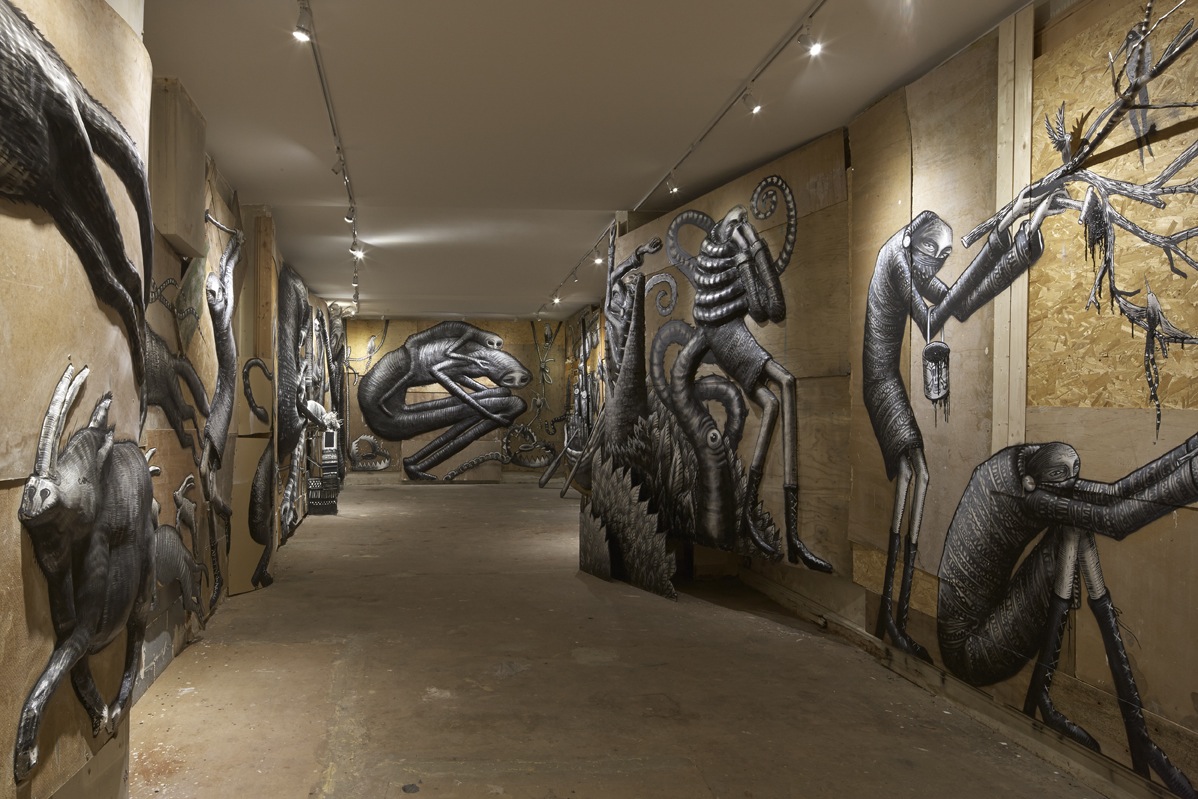 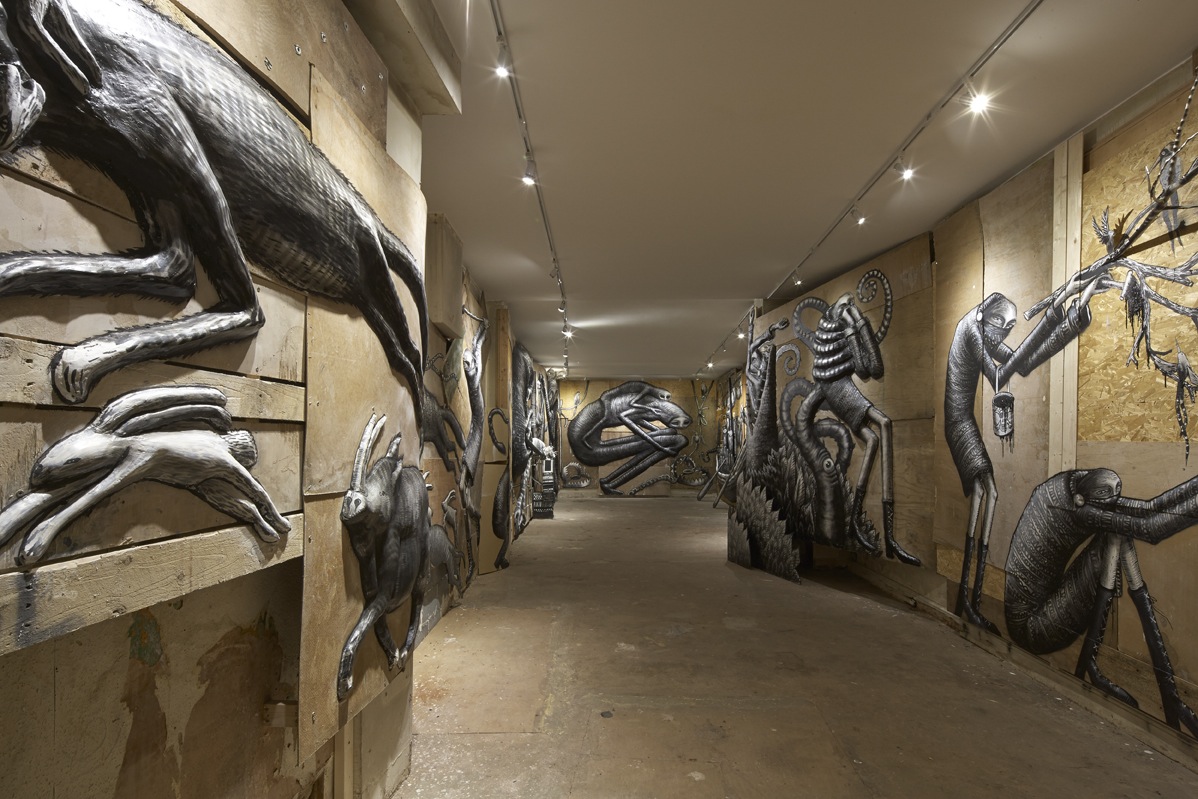 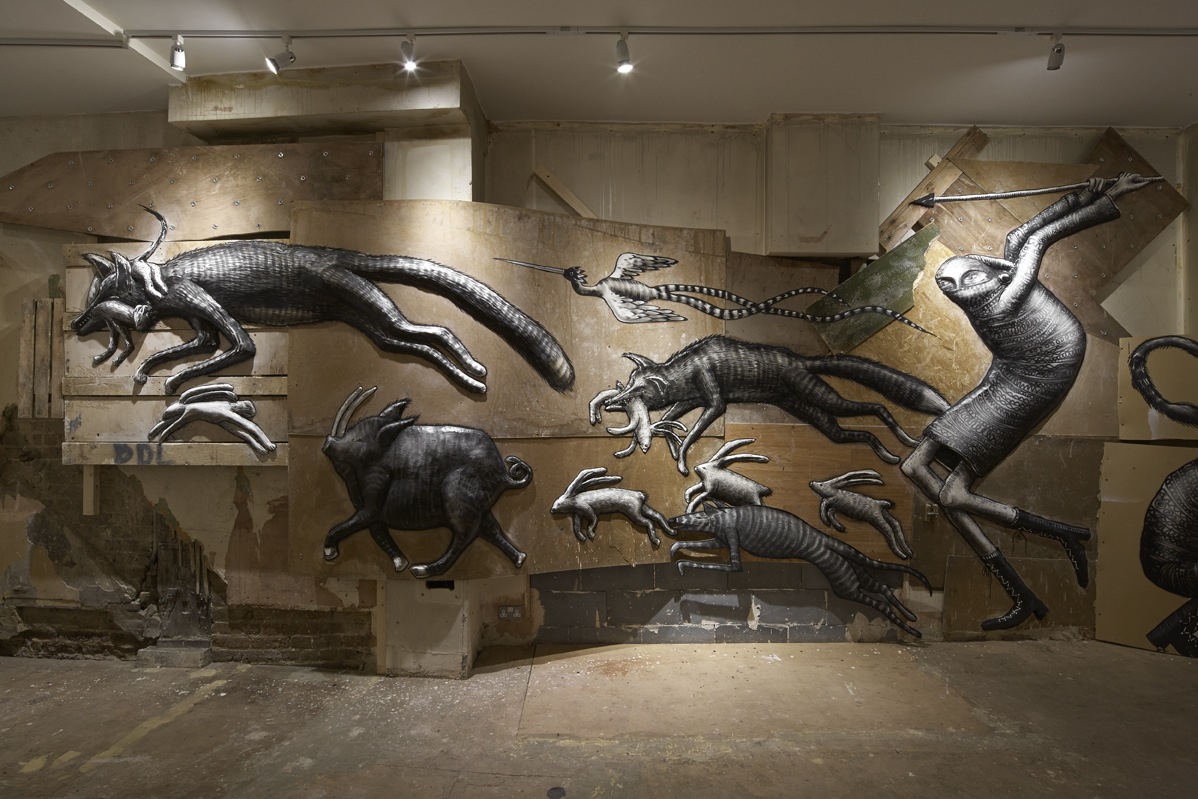 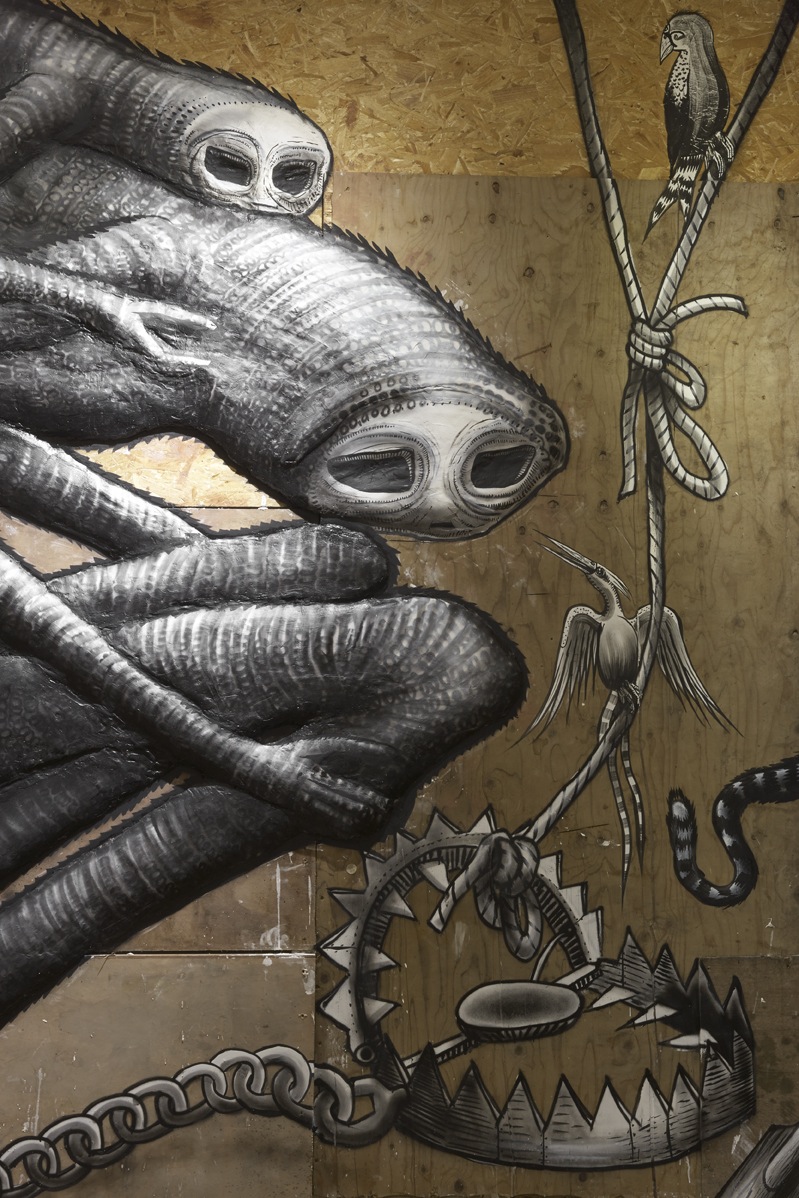