Thanks to The Lugagge Store Gallery in San Francisco, the other day we finally got a chance to check out up close and snap some exclusive shots of the Os Gemeos mural painted on top of their building at 1007 Market Street back in Sept 2013. This magnificent piece was commissioned by gallery and funded by the Graue Family Fund for Public Art, and was painted over a previous mural the Sao Paulo-based artists painted on the same spot back in 2003 – celebrating 10 years since their first North American solo show. This particular image is a tribute to NEKST, who was hardest hitting, raw graffiti writers out there, JADE, known as “the master of hand styles,” who both passed away the year before the mural was created, and TIE, who was killed in Tenderloin back in 1998.

Climbing up to the roof of the building up the rusty, wobbly ladder, felt like a trip trough a graffiti hall of fame itself. Tags and throwups by the twins, as well as their friends and crew mates from VLOK and THR crews, such as ISE, REMY or TWIST, can be found on pretty much every surface around. Written with sharpies, fat pens, and sprayed, familiar tags and aliases can be seen on the walls, floor, metal covers, and every reachable surface. The mural itself is overlooking the bustling Market Street, showing a typical Os Gemeos yellow character, coming out of the wall, holding a can of spray paint. With their signature colors, and perfect use of stencils on order to create colorful patterns, the image has so many little details that can only be noticed when seen from up close – a hat with a JADE throwup, the spray can in a shape of balaclava wearing character with a NEKST belt buckle, and TIE button on the bag to name a few. Their impeccable use of shading and their unique use of spray paint to create light that can be seen on this piece, making it a perfect example of why these Brazilian twins have such status both in the fine art and graffiti art world.

Os Gemeos recently released their first ever print edition through 99Prints, and are having two big solo shows scheduled at Galeria Fortes Vilaça in São Paulo in June 2014, and at Lehmann Maupin Gallery in New York in 2015. 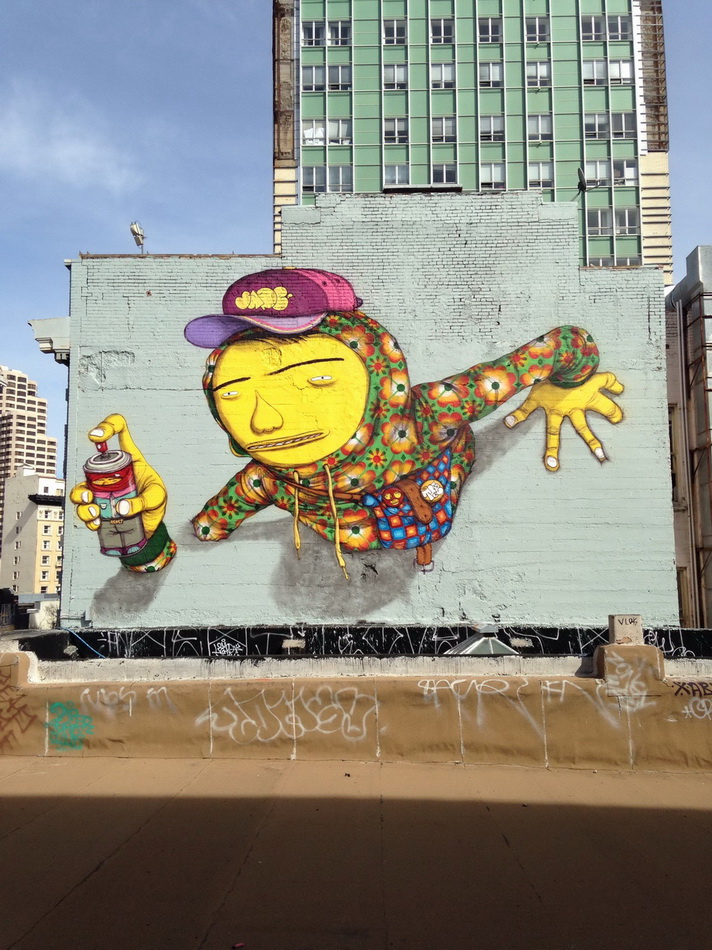 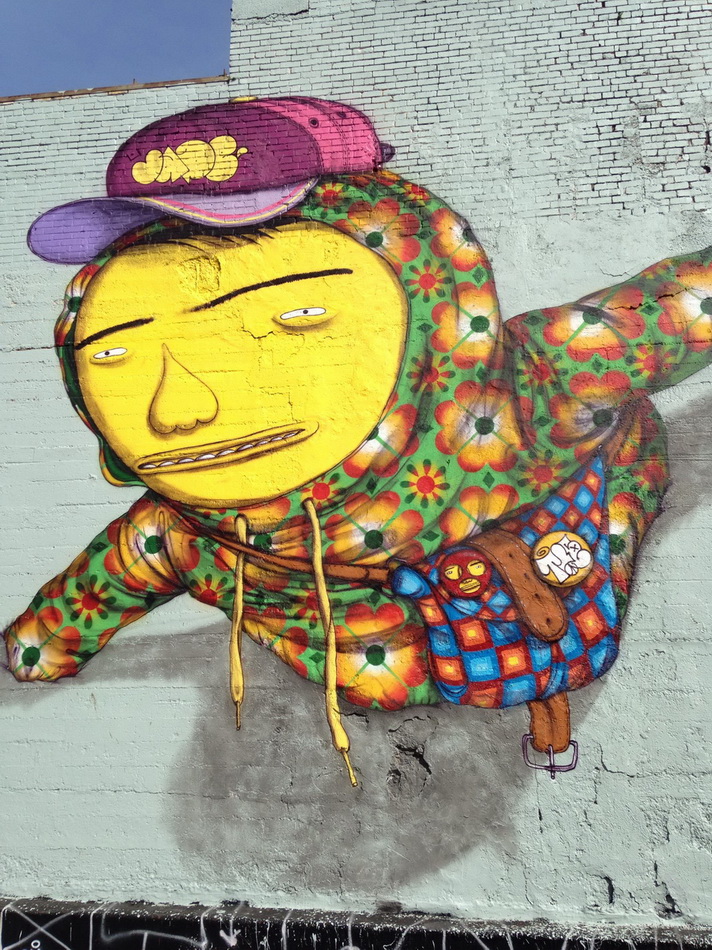 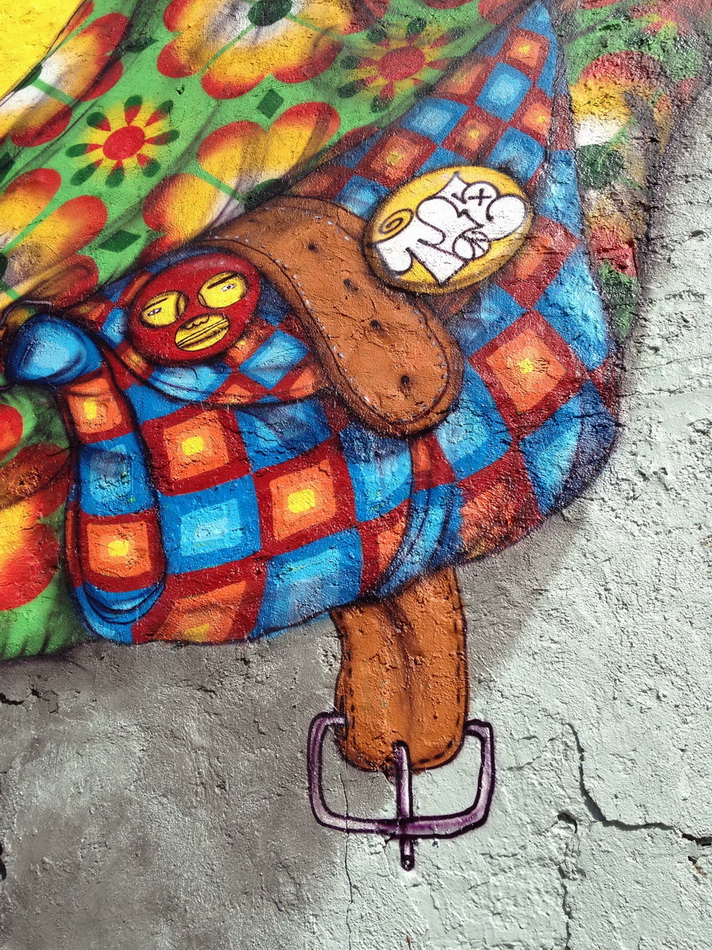 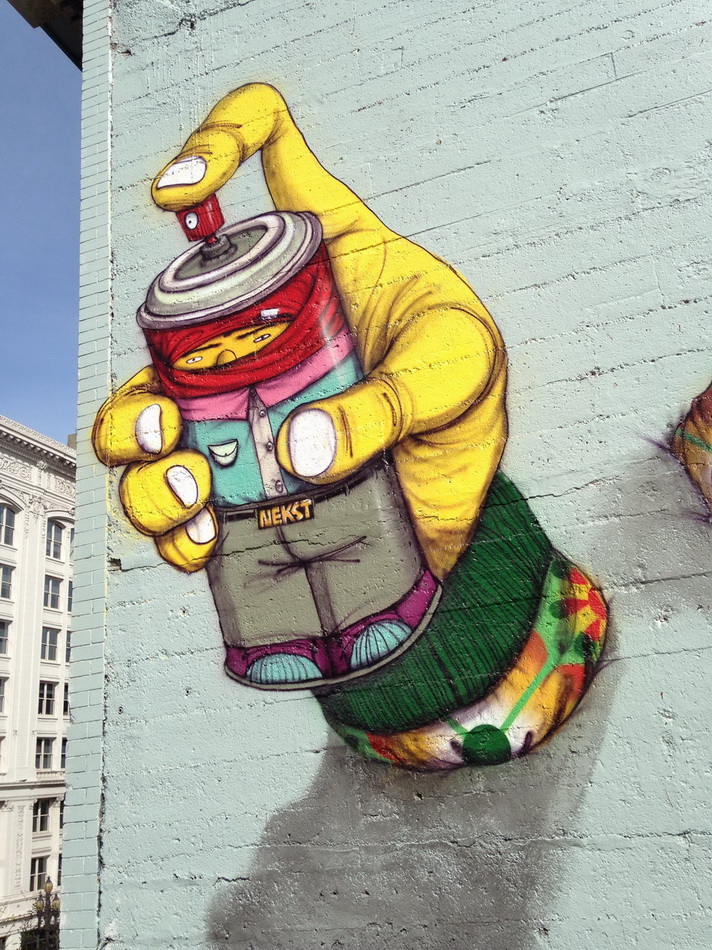 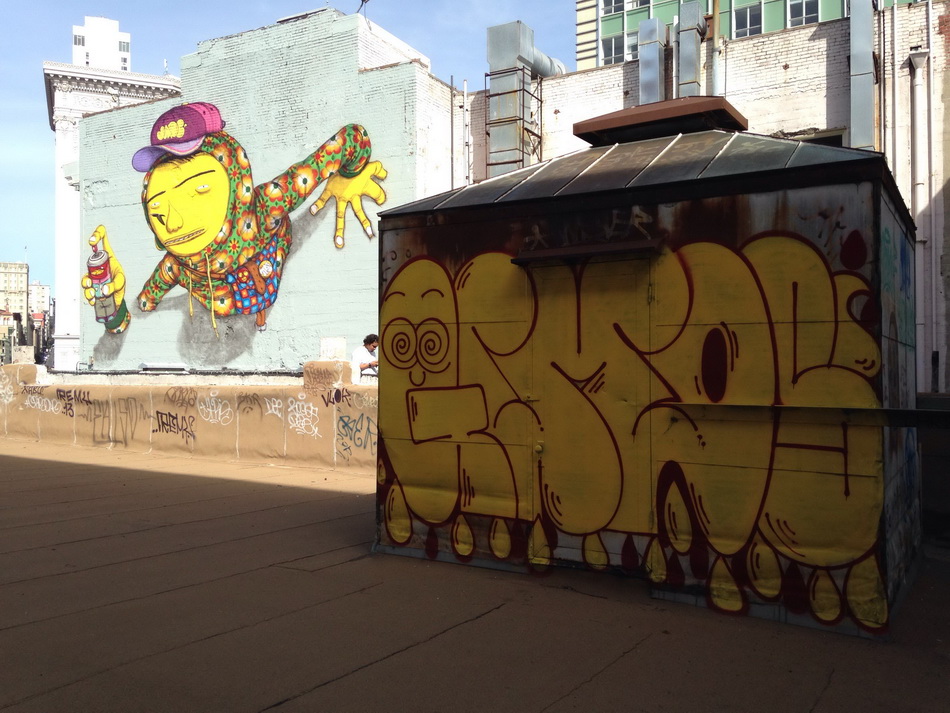 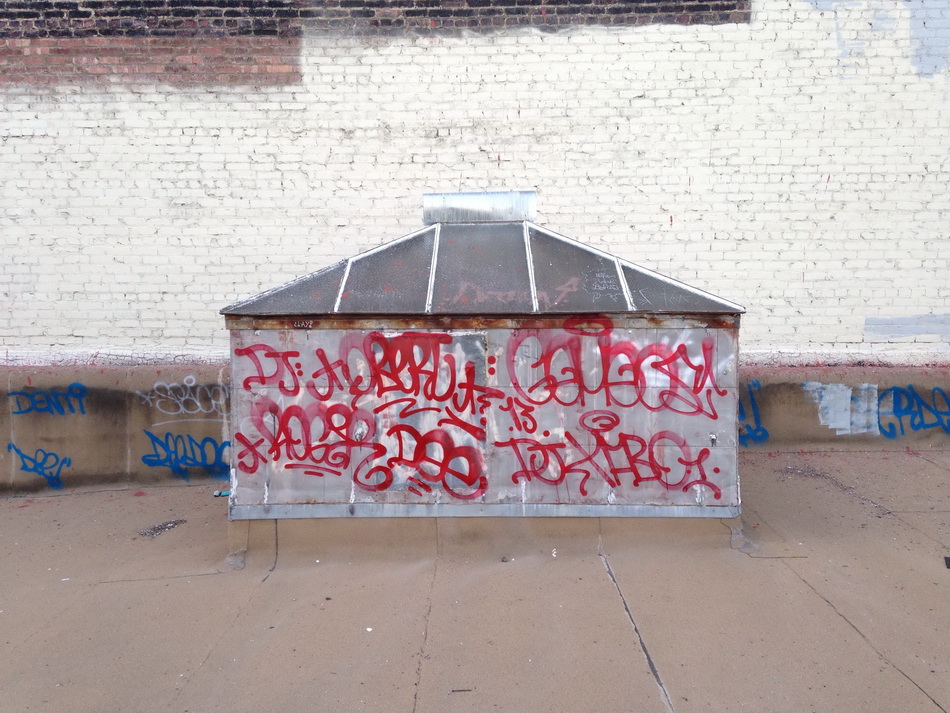 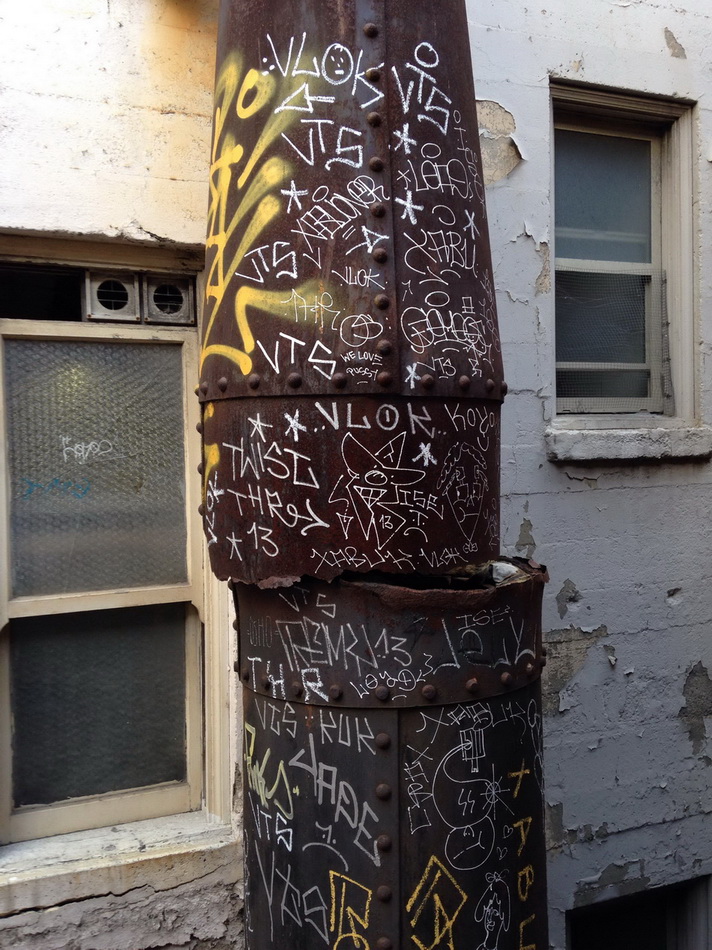 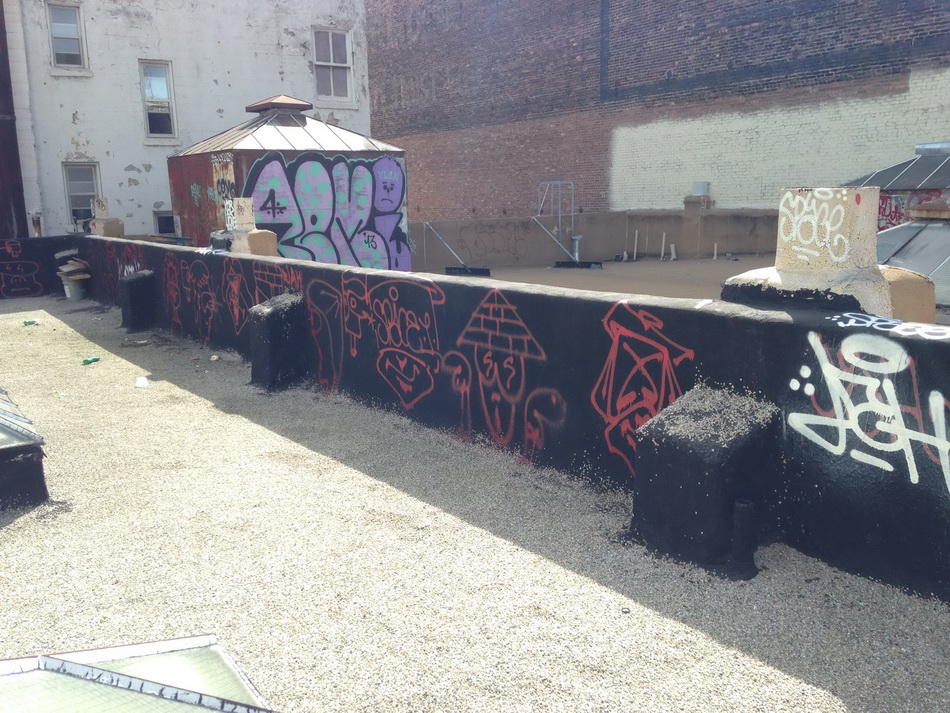