As previously mentioned, Shepard Fairey (featured) is currently in his studio preparing for his upcoming exhibition The Insistent Image: Recurrent Motifs in the Art of Shepard Fairey and Jasper Johns opening at the Halsey Institute of Contemporary Art on May 22.  The show will be open during the 2014 Spoleto Festival, and will be putting on display brand new works from Mr. Obey, as well as a collection of prints by Jasper Johns, created between 1982 and 2012.

For his first major exhibition in his hometown of Charleston, S.C., the Los Angeles-based artist created an entire new body of work collectively entitled Power & Glory. The idea behind these works is the “celebration and critique of Americana with an emphasis on the meanings of power.” Staying true to his rebel, punk background, and the social and political critique in his work, the new pieces are full of “in your face” slogans and statements about power, security, protection and similar subjects. Known for his visual reappropriation of logos, symbols and imagery, the new paintings, sculptures, works on paper, and screen prints explore and analyze everything that is both good and bad about American lifestyle and culture. Along with exhibiting his works in the indoor space, Fairey will be creating a series of large-scale public murals in locations throughout downtown Charleston, visually and thematically related to the show.

Along with Fairey’s new works, the Halsey will be showing a series of sixteen prints made by Jasper Johns in collaboration with master printmaker Bill Goldston at Universal Limited Art Editions in New York. The idea is to showcase the similar reappropriation practice in both artists’ work with the prints from the most active three decades of Johns’ work, all featuring his signature imagery and concepts that include flags, targets, stars, etc.

This show will be on view until July 5th 2014, after which  the Halsey Institute will be producing a 116-page catalog of the work in Shepard Fairey’s exhibition, including all of the images featured in the show, as well as installation photographs and documentation of the installation of public works. 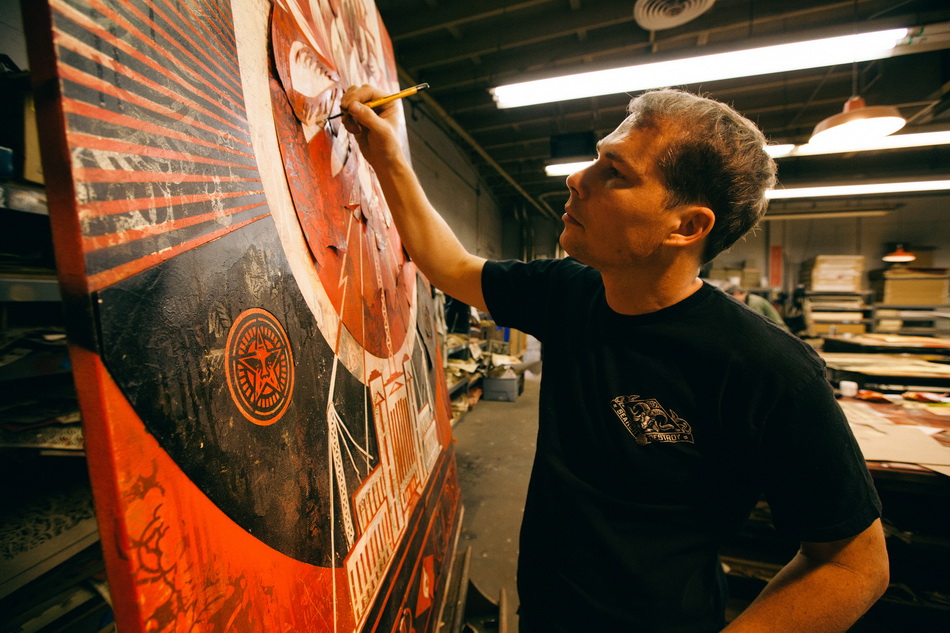 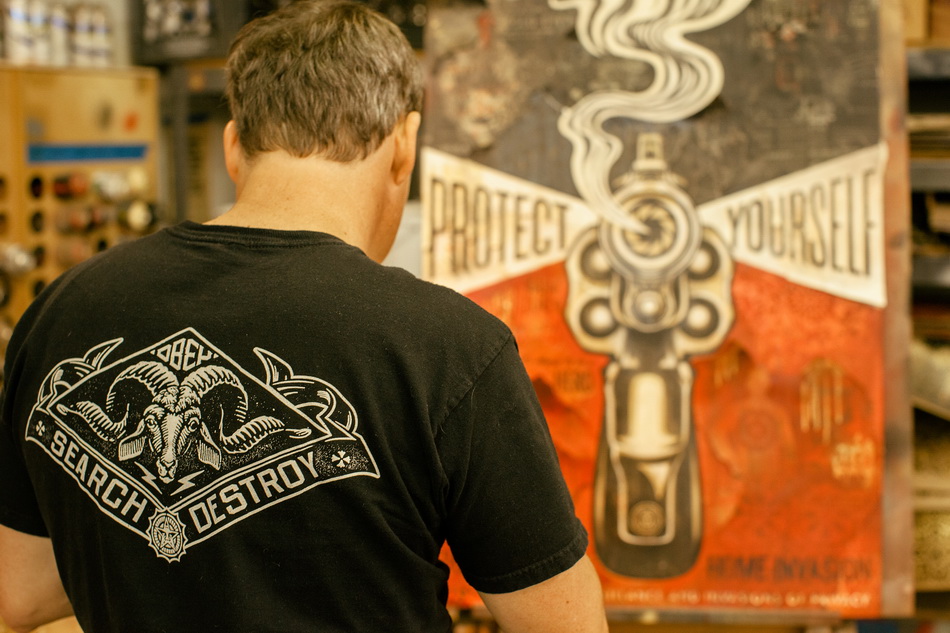 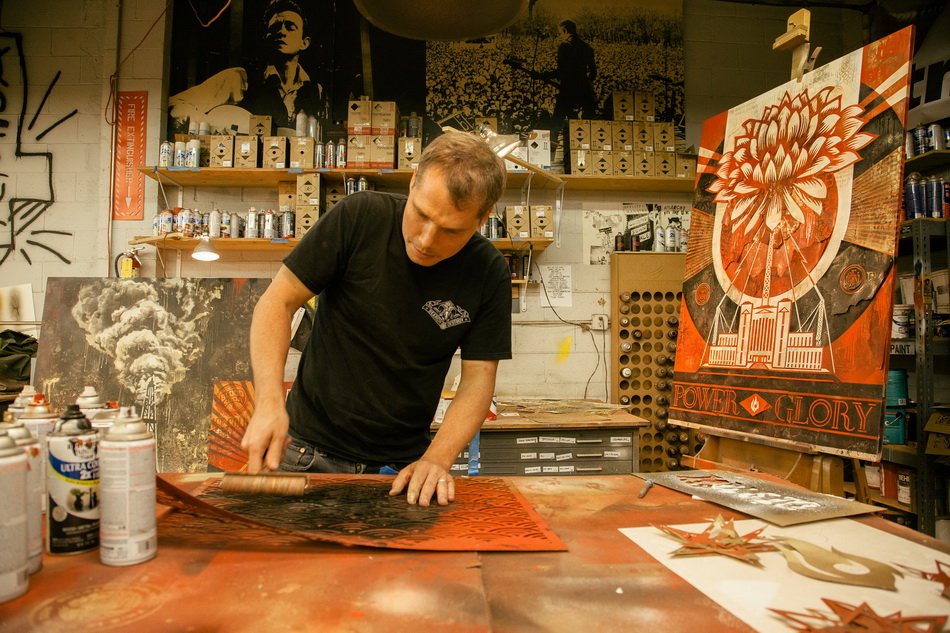 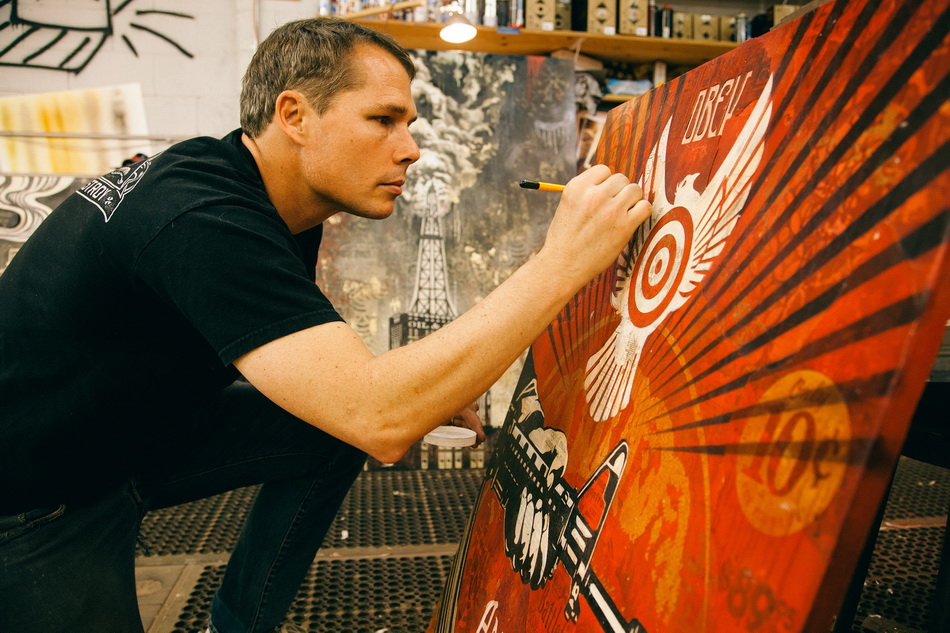 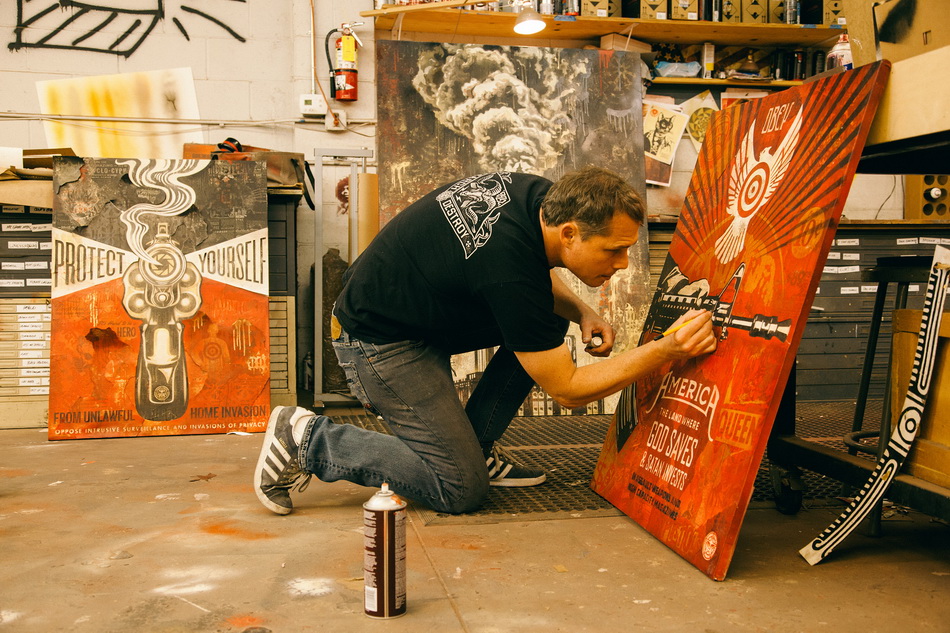 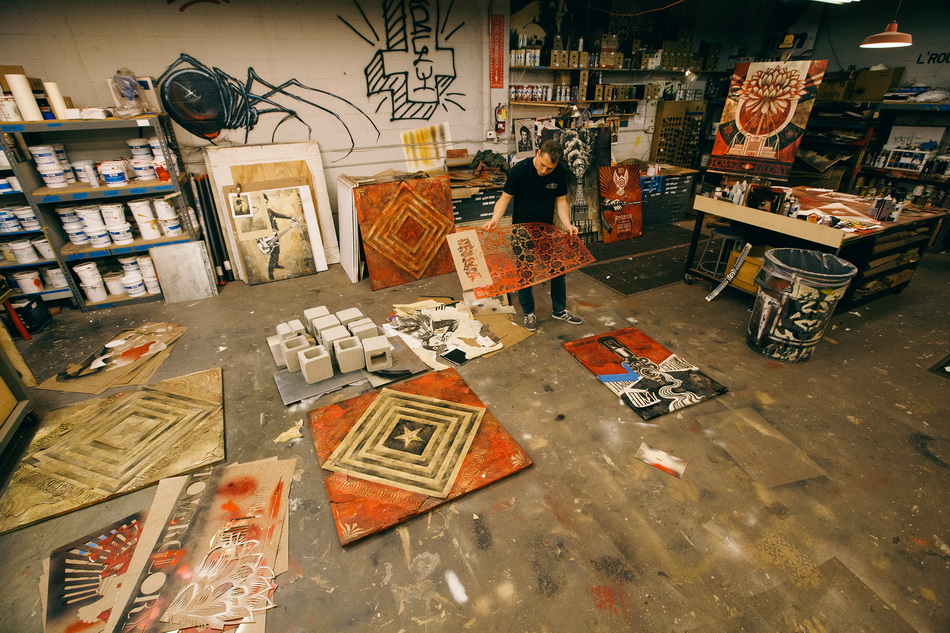 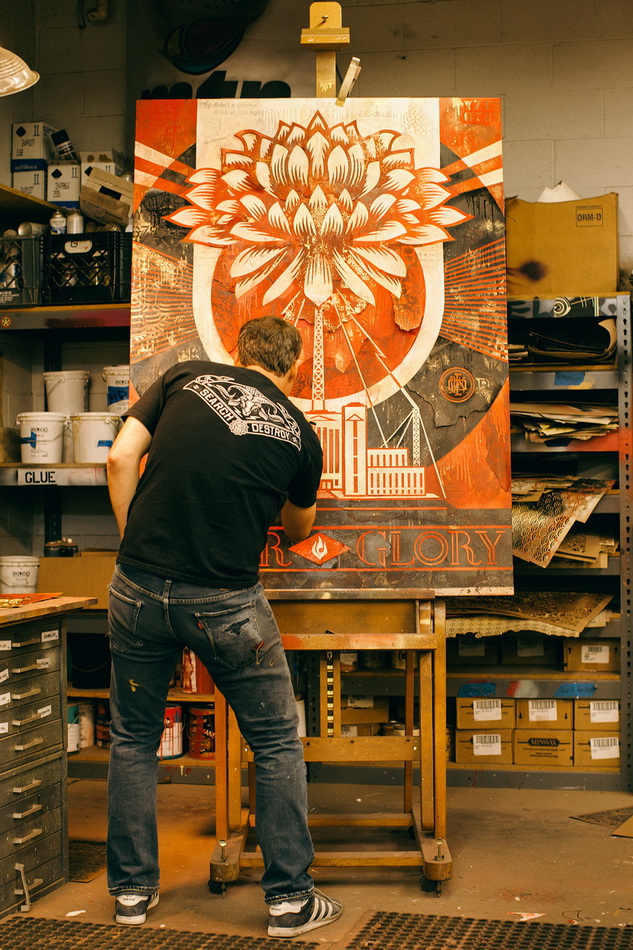 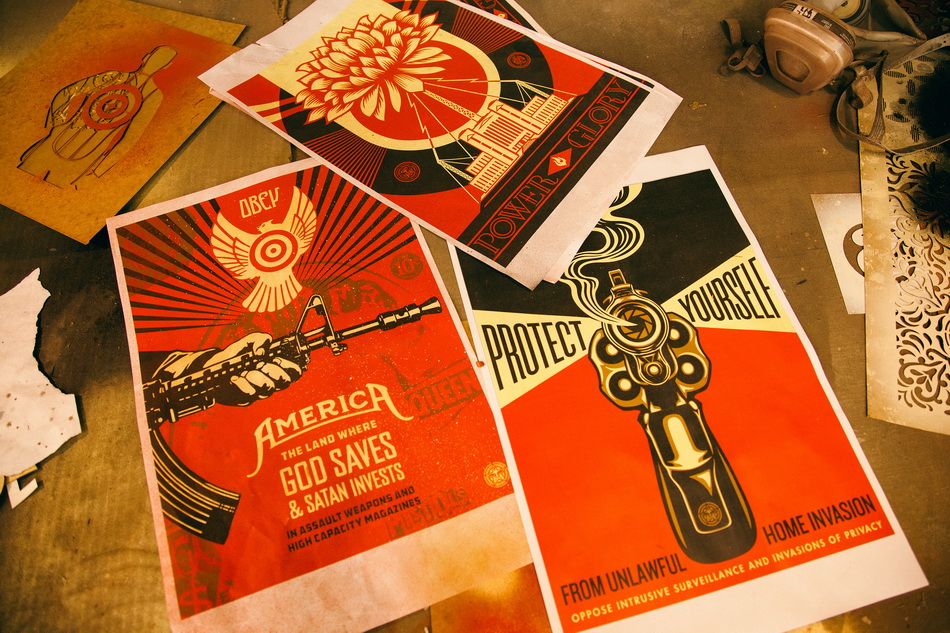