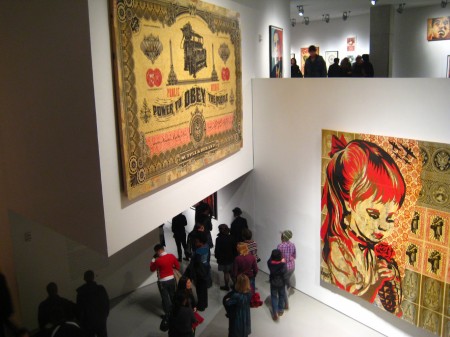 Friday afternoon picked up right where Thursday evening left off (covered). Members of the Contemporary Art Center (CAC) were invited in at 6 pm for a one hour open bar, prior to Shepard’s artist talk at 7 pm. The talk was moderated by show curator Pedro Alonzo, and covered a wide range of topics from the last 20 years, beginning with the creation and dissemination of the original Andre the Giant sticker, all the way up to and including Shepard Fairey’s ongoing legal struggles with the AP. The talk was accompanied by a slide show displaying much of Shepard work on the streets, and also featuring sneak peeks at 9 or 10 pieces from the upcoming collection of portraits to be exhibited at Deitch Projects in May (previewed). After the talk, Shepard took a few questions from the crowd, and also took time to meet his fans in person for some photos and autographs.

After that, it was officially time to party! Shepard took over as DJ, spinning some of his favorites for everyone in attendance. While the upper floors of the museum were positively packed with people cramming in to get a first look at the exhibit, the bottom floor was also crowded to capacity with fans enjoying the opportunity to watch Shepard spin. The public opening was originally scheduled to end at 11 pm, but at that time, there was still a line around the block waiting to gain entrance to the museum! The party ran on for another hour or so before the night came to a close with some fans still waiting for an opportunity just to enter the museum! One cab driver noted that he had never seen a line outside the CAC like that.

The Fairey exhibit is largely the same as when it first debuted at the ICA Boston over a year ago. However, it must be said that the architecture and layout of the CAC in Cincinnati lends a lot to the enjoyment of the show. The exhibit is beautifully hung, and takes full advantage of the wonderful and challenging confines of the CAC. If you haven’t seen the show yet, and are considering a visit, now is definitely the time to take advantage of this great show before it ends in August! And if you have seen it previously in either Boston or the Warhol Museum in Pittsburgh, the show warrants another visit, as the beautiful environs add a new dimension to the experience.

Special thanks to all of the CAC staff, especially communications director Molly O’Toole, for making us feel so welcome, and for allowing us to chronicle this event. 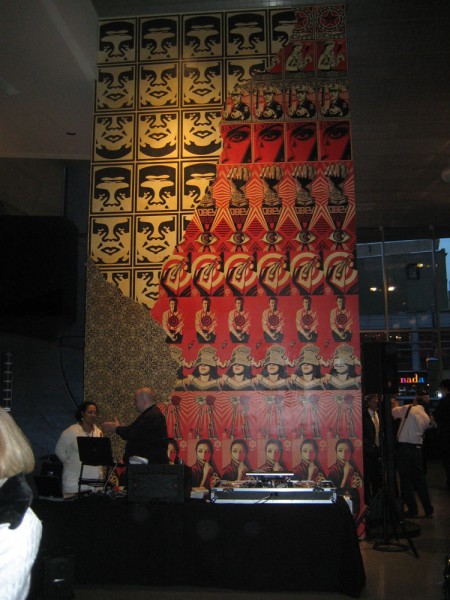 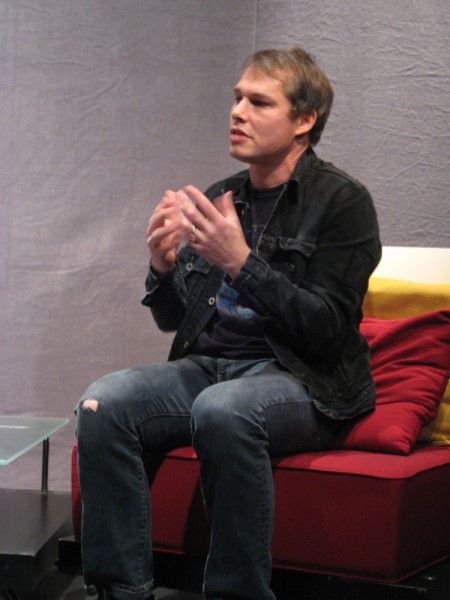 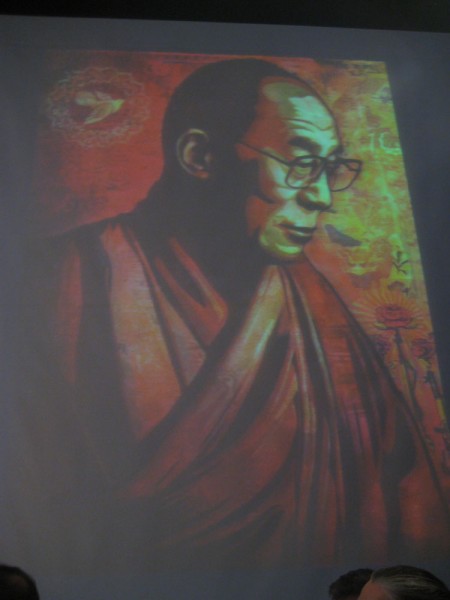 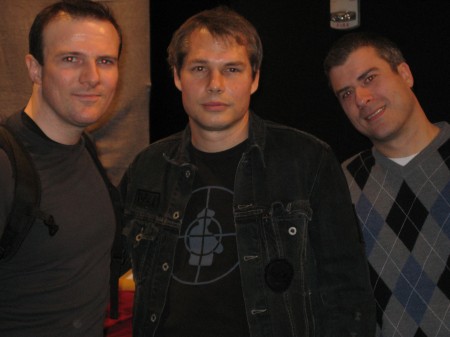 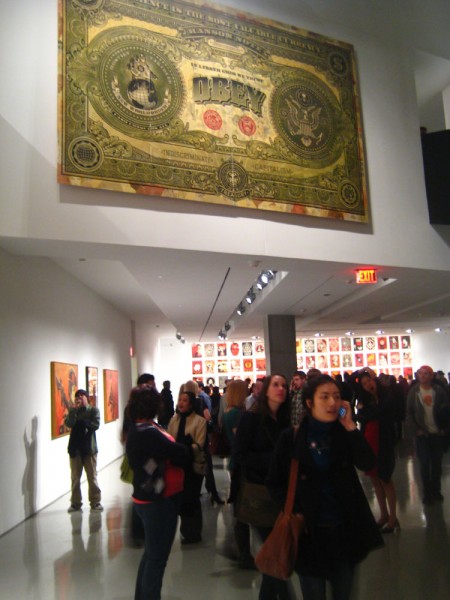 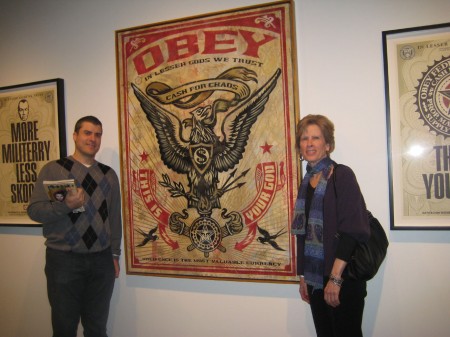 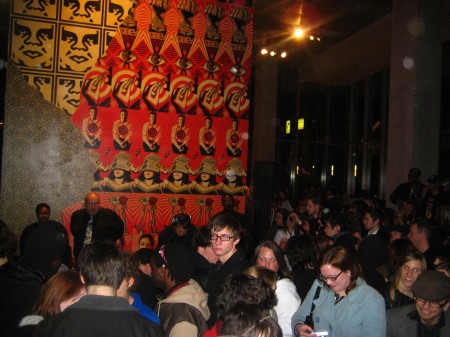