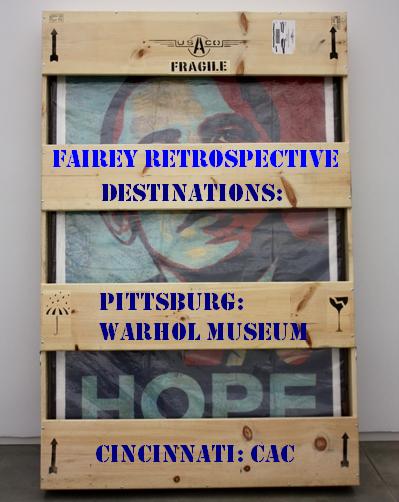 It seems that Shepardâ€™s recentÂ dramaÂ with the AP and Boston’s finest doesn’t phase the higher-ups in the Contemporary Art world. AM has learned that Shepard Fairey’sÂ debut solo museum exhibition “Supply and Demand,” which opened (covered)Â at the Boston ICA in February, will be traveling to at least two other museums.

It is confirmed that after closing in Boston in August, the retrospective show is scheduled to go to the Andy Warhol Museum in Pittsburgh (October 2009 – February 2010) and then to the Lois & Richard Rosenthal Center for Contemporary ArtÂ (CAC) in Cincinnati (February – May 2010).