During their recent visit to London for the opening of their solo show Overthrone! Pooring Reign (covered), Cyrcle also created a huge mural in Shoreditch. Following the theme and the visual identity of the exhibition, this massive piece features upside down Greek & Roman statues along with an upside down crow, infinity symbol and word REIGN. The whole concept of the mural is focused on taking power back, and overthrowing the rulers. With the Greek & Roman elements symbolizing some of the biggest and strongest empires that existed in history, the piece suggests that no reign can stay on top forever.

By combining rasterized images, created by spraying numerous dots on the massive white wall, together with photo realistic elements, the LA-based collective has created another impressive public piece using all their signature elements. Using the same color palette from the show, consisting of different shades of gray and neon orange, this mural is somewhat of a billboard for the show that is on view nearby, at StolenSpace until 6th of April. 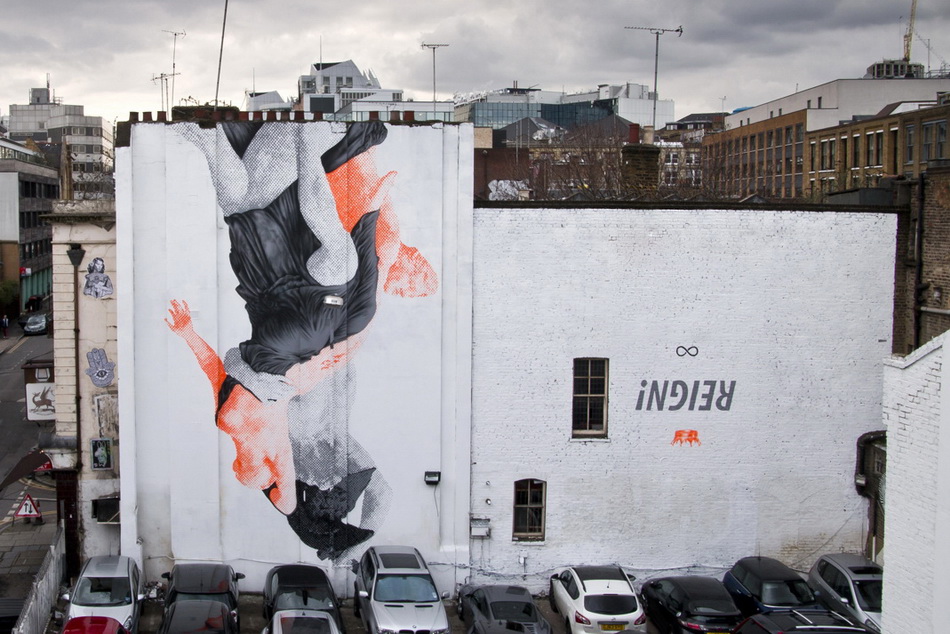 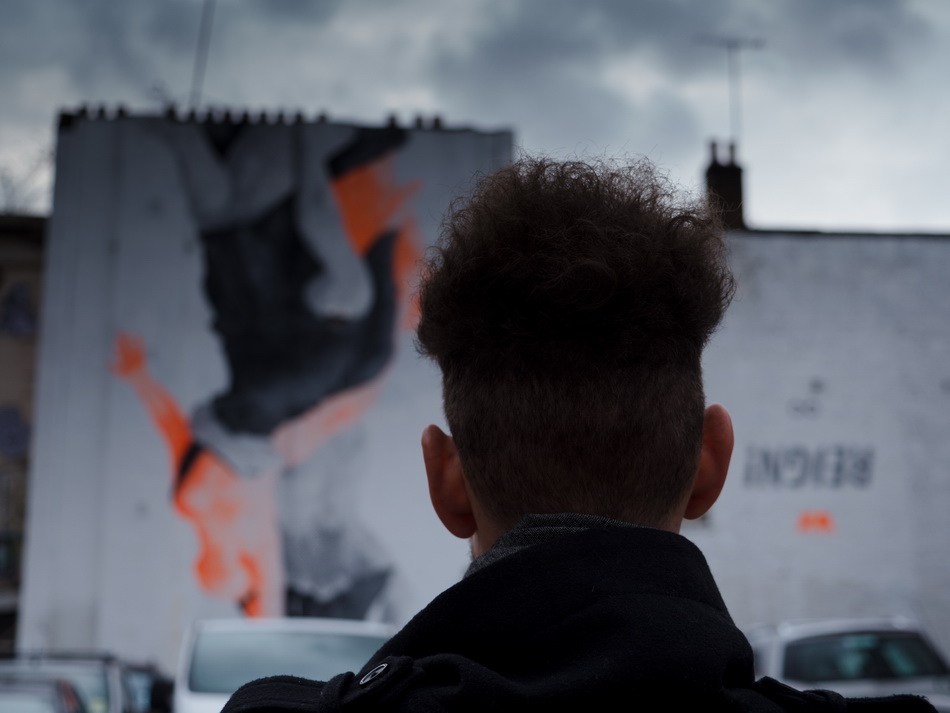 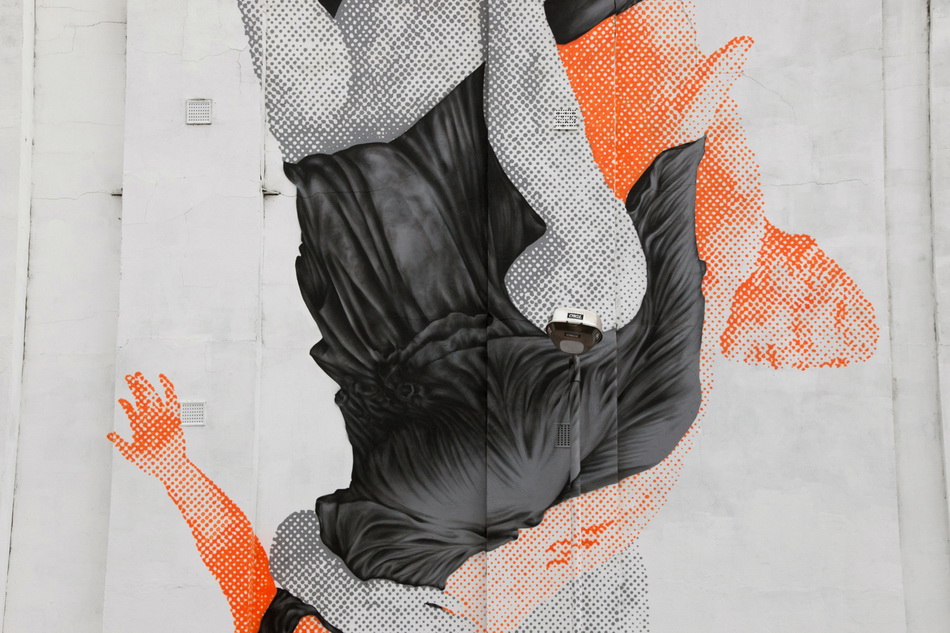 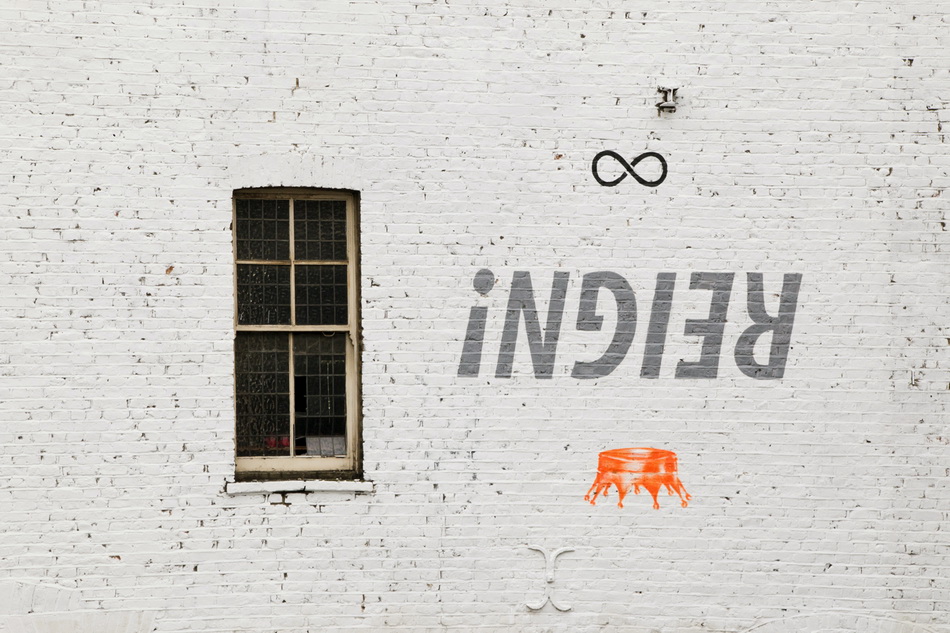 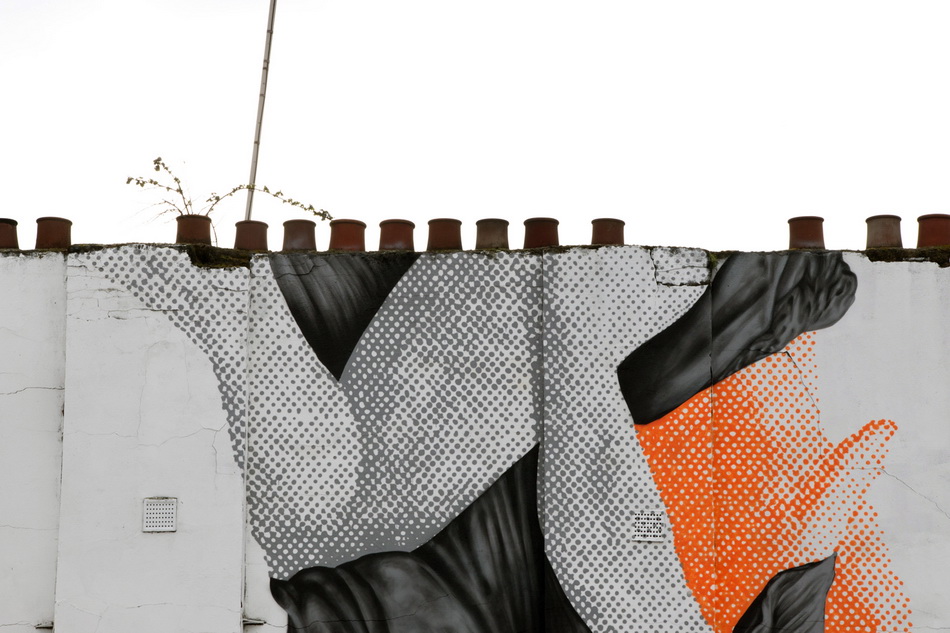 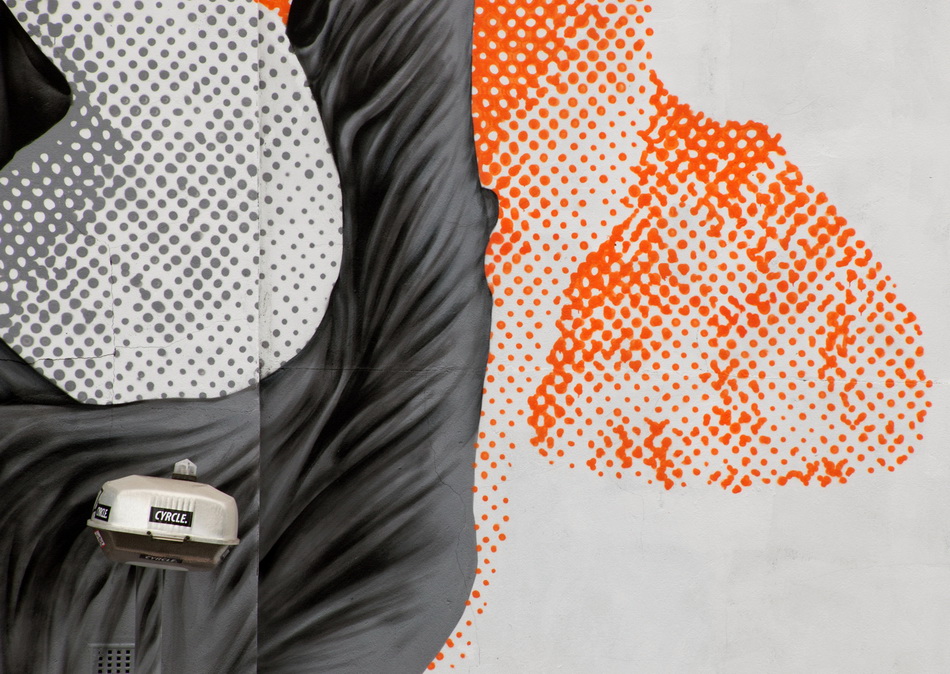 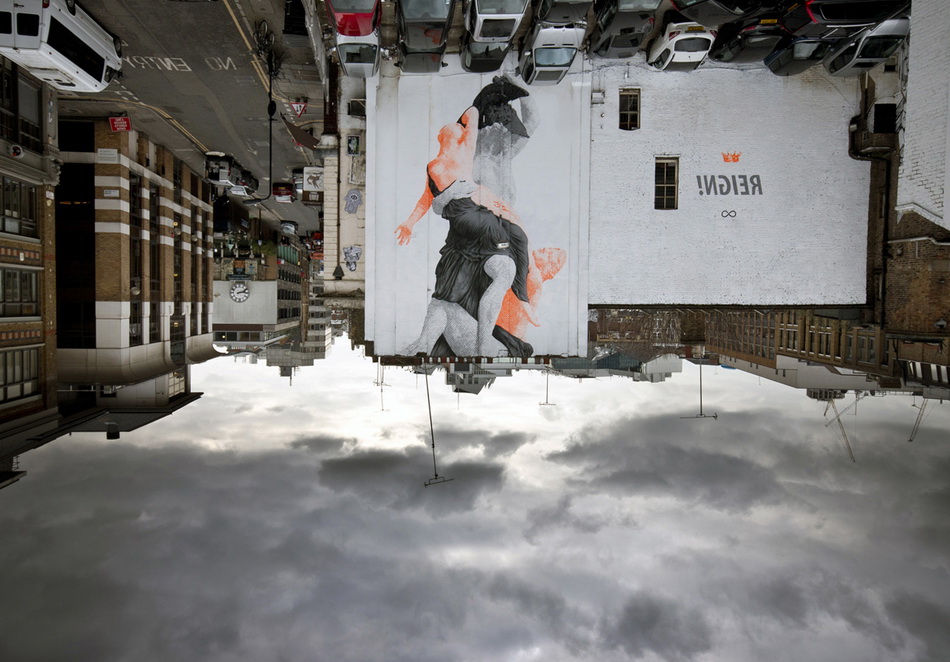