After introducing his collaboration with Pretty In Plastic at his last show (covered) in Los Angeles, Luke Chueh (featured) has revealed another image of his new art toy – Bitch. Like the Jack sculpture seen in that exhibition, this latest figure is based on a sculpt from Pretty In Plastic, and in this instance will be produced by Munky King. Based on a painting from 2007 (seen below), the toy featuring two wolves in a humorous situation may be available in the near future (hopefully in time for SDCC). 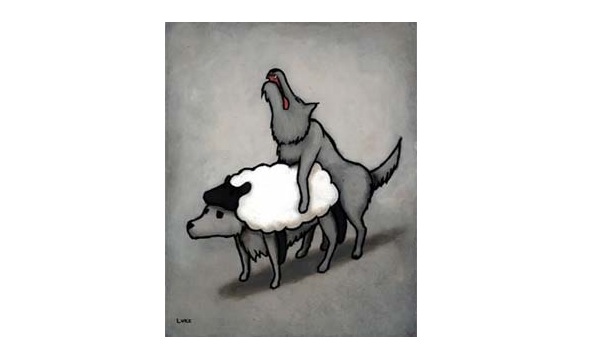