American artist Mark Jenkins opened his second solo with Ruttkowski;68 gallery in Cologne on Friday night. Titled Terrible Horrible, the show featured a number of new tape sculptures as well as a couple of clever canvas interventions. The last time he visited the city, he created some public works for CityLeaks Festival (covered) in contrast to this time when he created some indoor works, including an installation for the pre-opening dinner. The exhibited works show once again that “the possibilities that can be achieved through his technique are almost limitless.” The way he plays with human mind and eye, creating a questionable reality that has many links with real life, but also has even more impossible, surrealistic elements, can be best described as “reality hacking.”

With this exhibition, Jenkins brings new versions of his familiar concepts, but also, introduces some new characters and ideas reflecting on social issues. He is further developing his signature life-sized and life-like sculptures made from tape, with ways of creating and installing them as provocative artworks. His “hollow characters” are both compelling and scary at the same time, mostly because of their odd postures or placement and even more because of their hyper-realistic appearance. Even static and lifeless, the realism of his sculptures triggers sort of an interaction between the observer and the work in the form of curiosity and uncertainty. It is impossible for the observer to be sure whether he is looking at art, or an actual person that is staying still until the works are examined up close. Along with these piece, Jenkins introduced a new series of works of canvas. In his own way, these canvases serve only as the base mount for his work. He literally takes the flat canvases into the third dimension, with human limbs bursting out of them and taking action on them.

The new works and the show installation will stay on view until May 18th, and he is releasing 2 new limited edition prints with DrawALine.de on 7th of April. 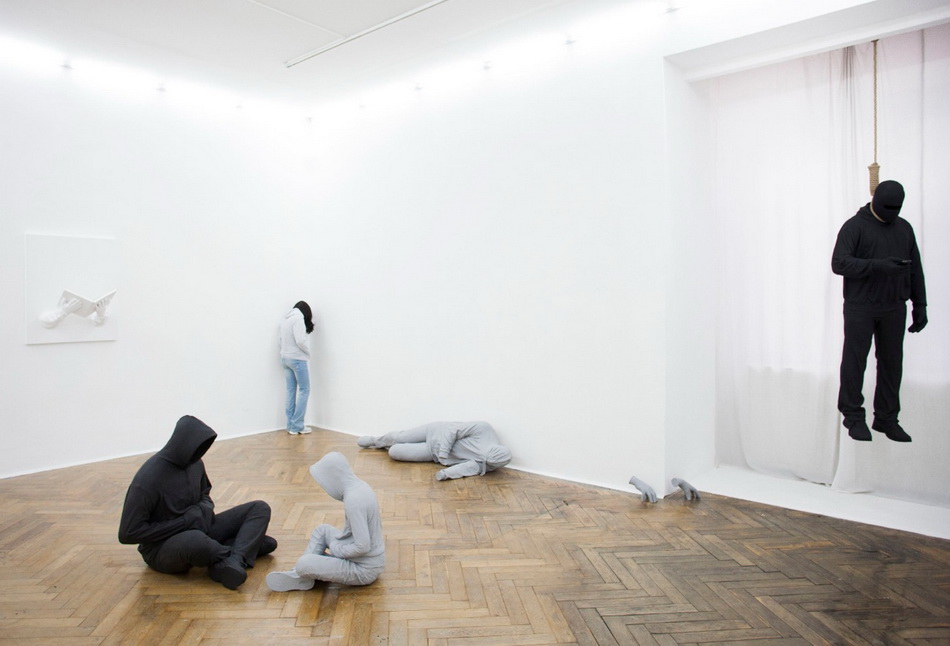 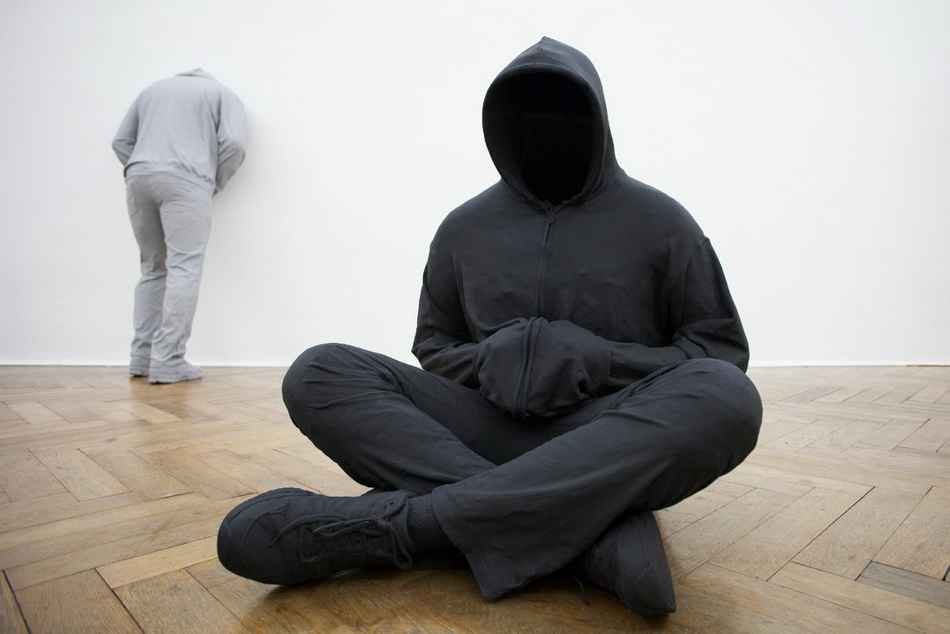 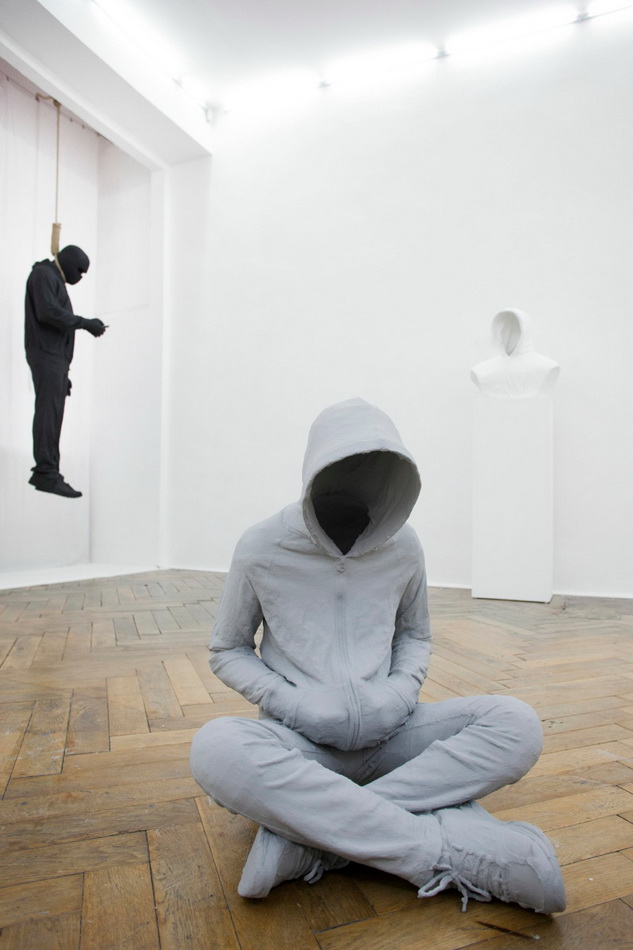 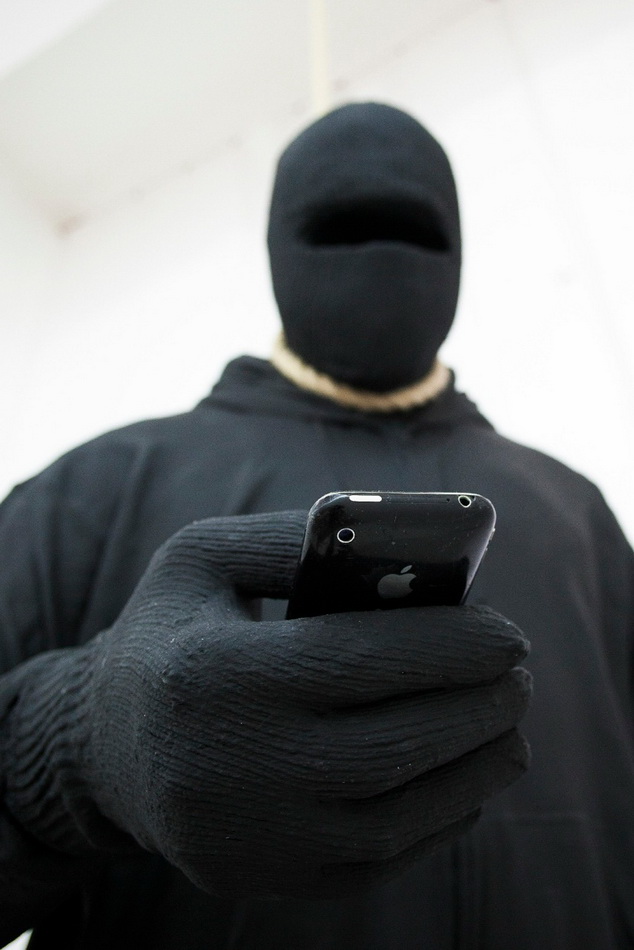 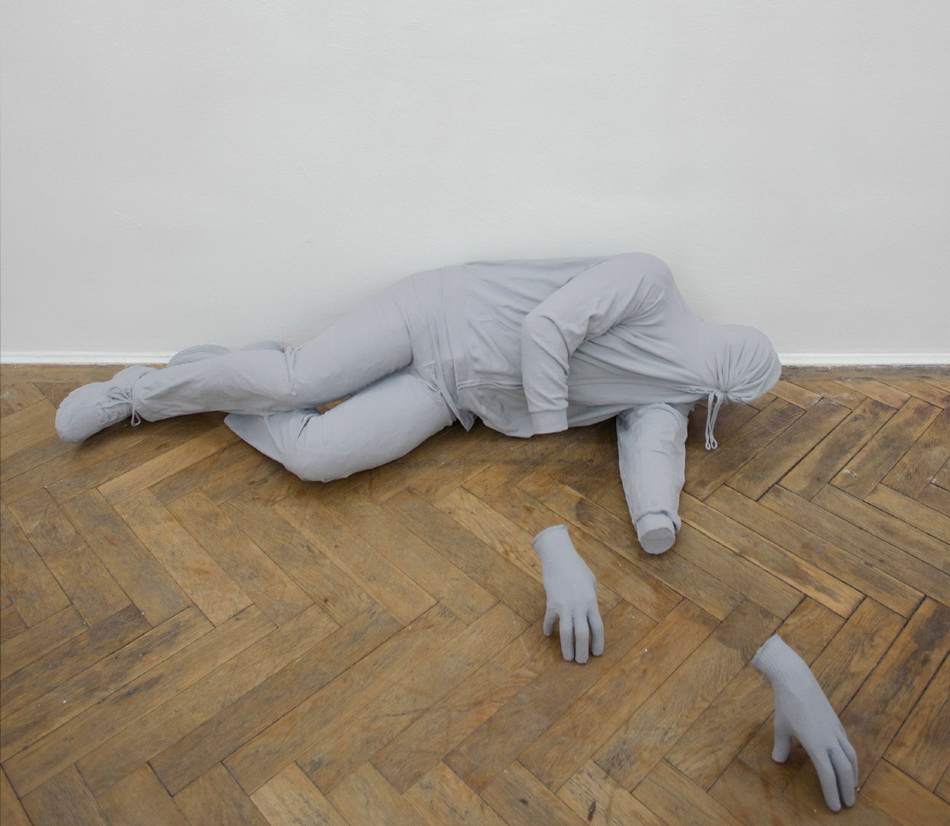 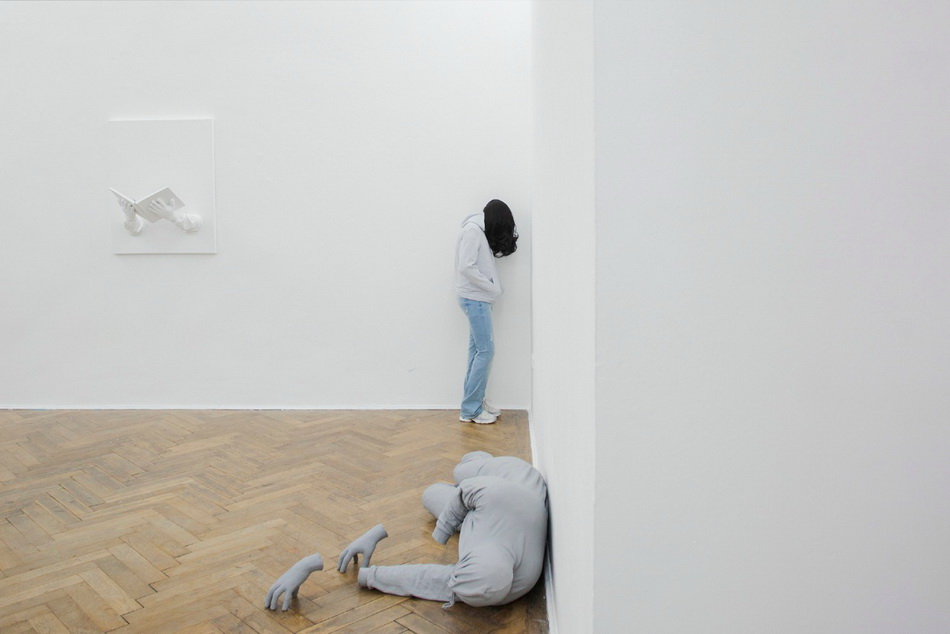 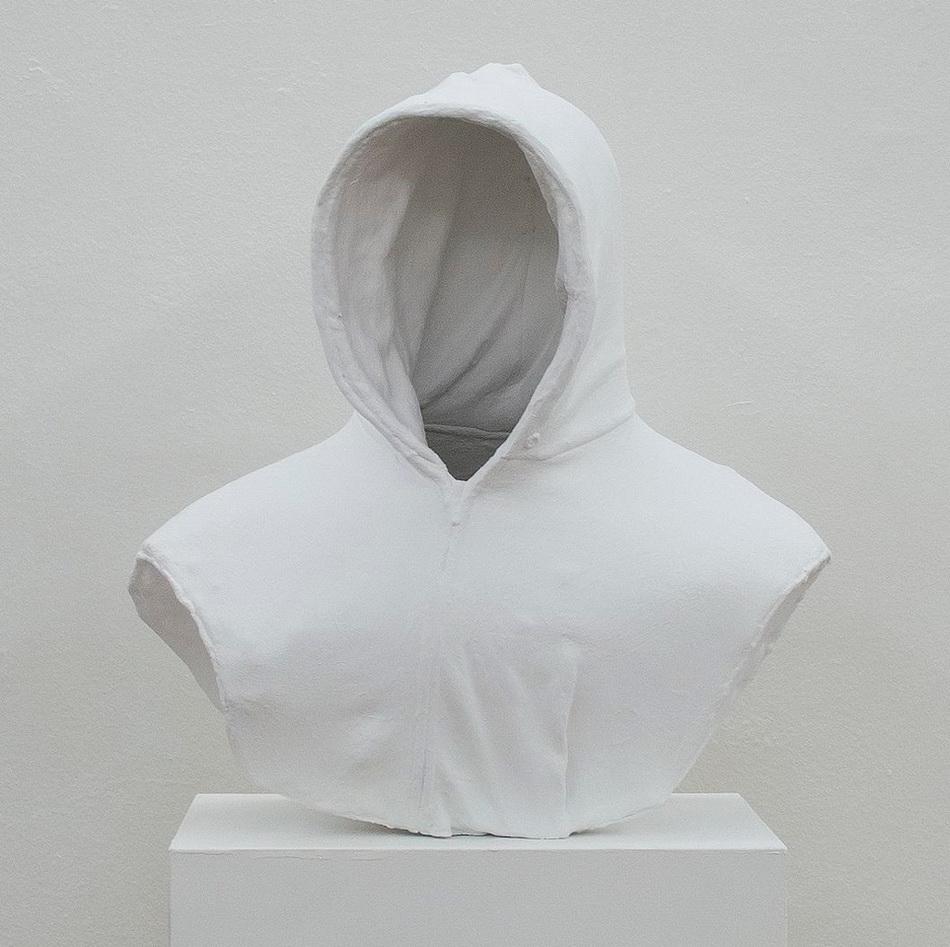 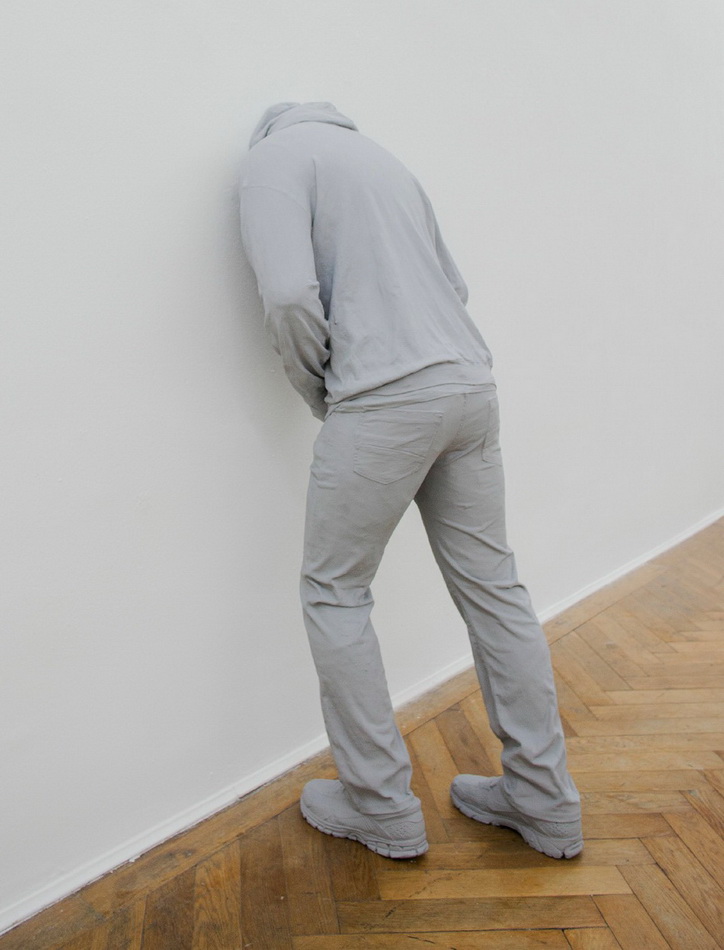